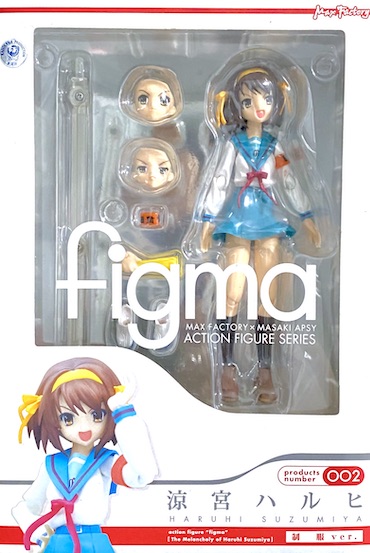 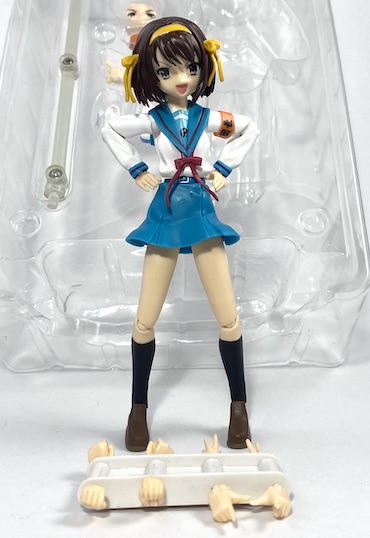 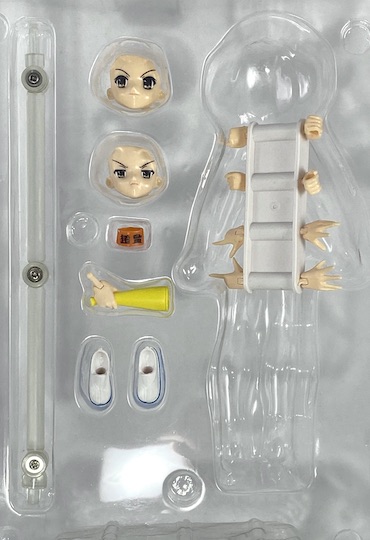 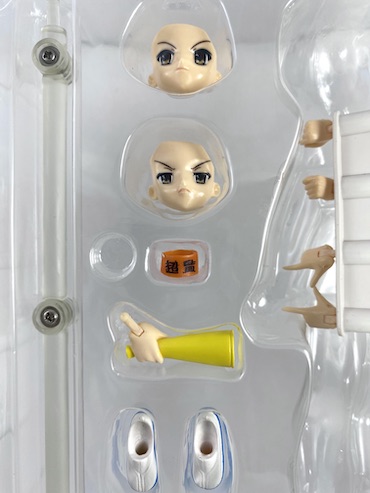 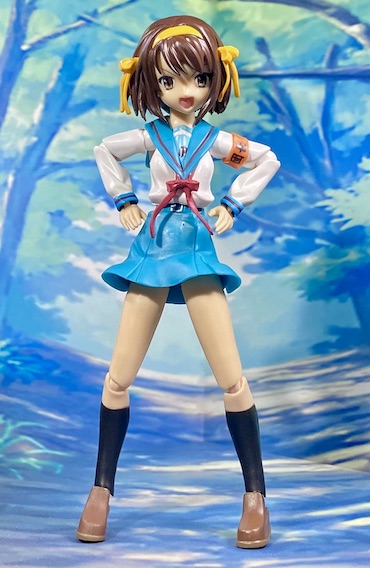 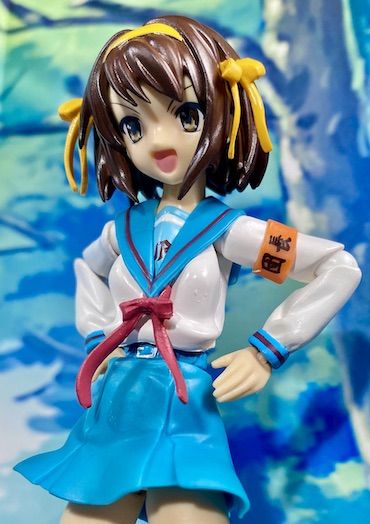 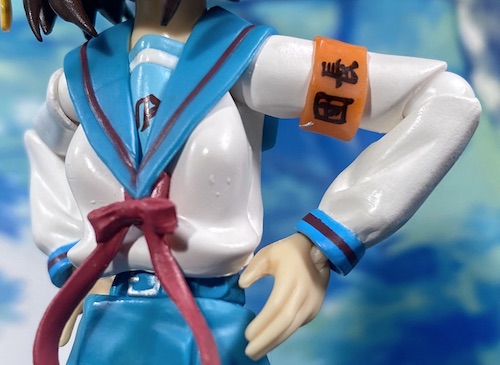 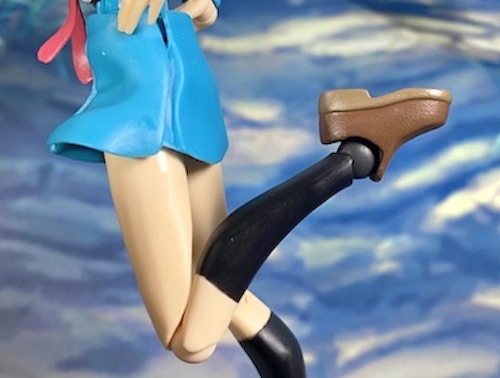 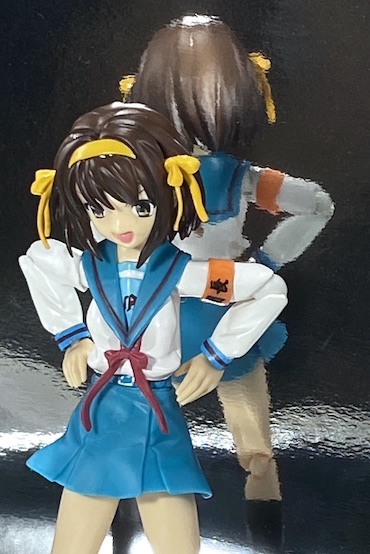 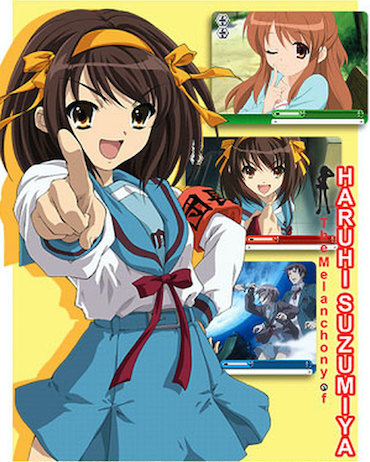 Apologises as I'm not familiar with Haruhi Suzumiya. The novel is dated back in 2003 and the anime released in 2006. I wonder why I didn't follow the anime perhaps I'm more of a mecha fan hence play little attention to anime featuring sweet young things. Nevertheless, the popularity of Haruhi Suzumiya is so big back then that no one can escape her iconic posing, memorable ribbon pony tail hairstyle and red arm band. That school uniform is also quite close to Evangelion IMHO.

Thank you Leon from 'Open The Toy' for this figure. I guess my friend intends to guide me into the world waifu. Lolz... Haruhi Suzumiya is a pioneer line of Max Factory, Figma figurine toy line bearing serial no. 02! The clear window let you see the outstanding sculpt of Figma on anime character. The figure is versatile with optional hands, facial expressions and accessorises such as shoes, loud hailer and arm band with different wordings. Lastly, not forgetting the base stand. Pardon me for not doing more poses, in fear of breaking the wrist which is a common problem with most Figma figures.
at May 16, 2020

I have seen several publications related with figures by Figma (Max Factory), but so far I have not seen one in the flesh. However, by what I can see in your post, they are really nice and very delicate (which could be a drawback for destructive hands, HEHE)... Haruhi Suzumiya looks like a cute character, but just like you, I don’t know anything about her... I guess I have to give a chance to the girl power in my collection too, but it has to wait until some economic constrains are solved...

The guess the anime genre is not my cup of tea therefore I missed out... At times, we just got to follow our hearts and not follow what is trending. Still, I glad for the toy at least have some fun handling Figma figure.

It seems like you love this character very much as you don't collect figures with joints frequently.