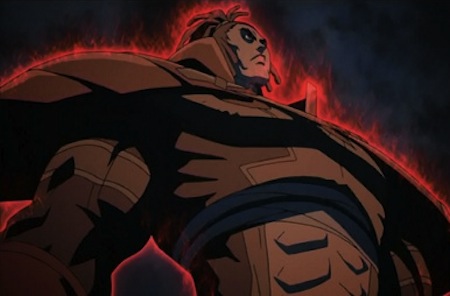 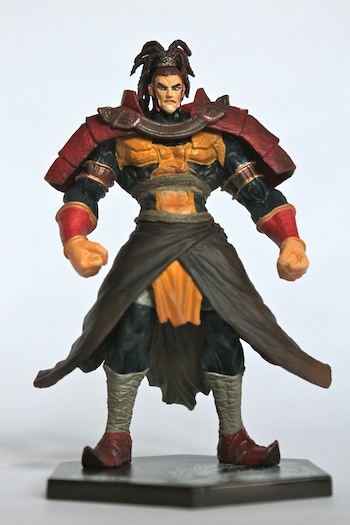 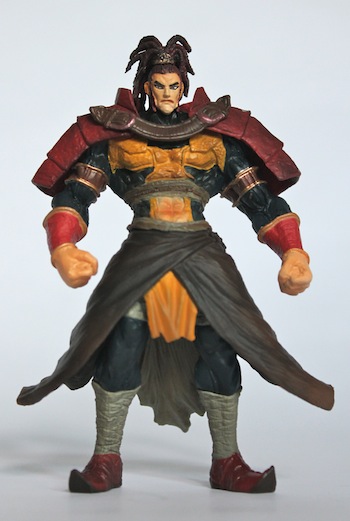 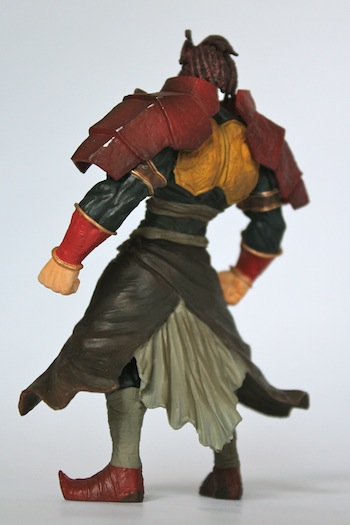 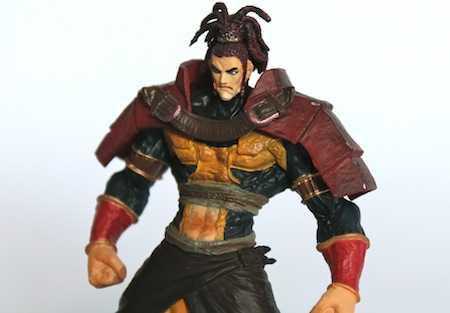 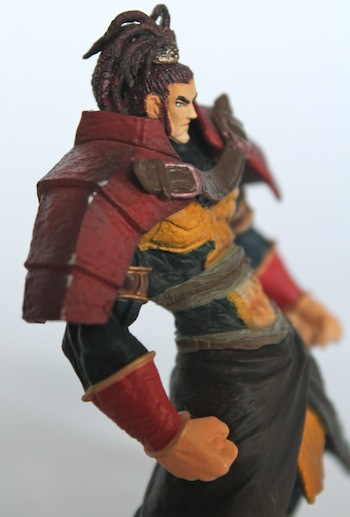 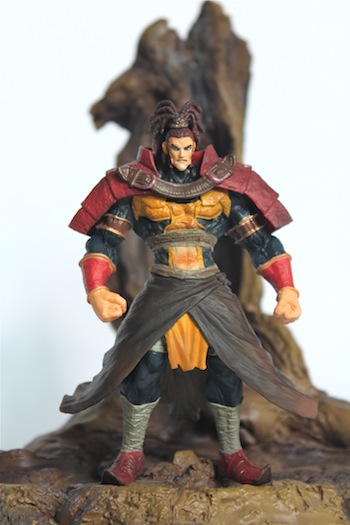 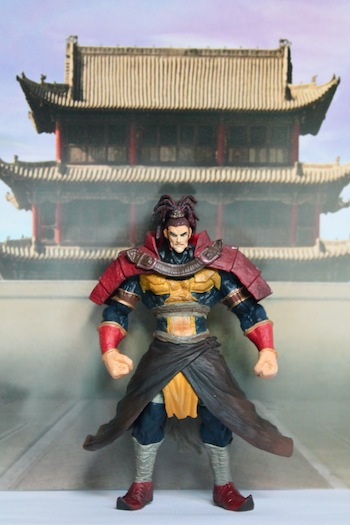 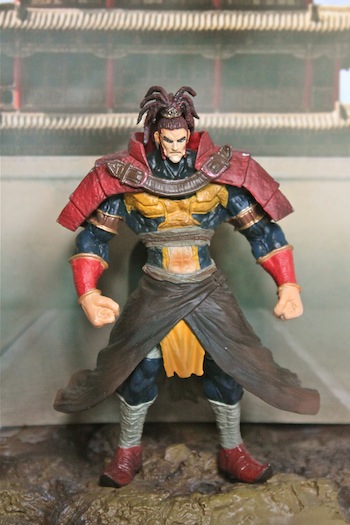 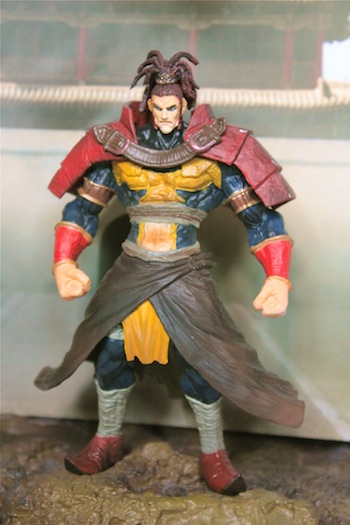 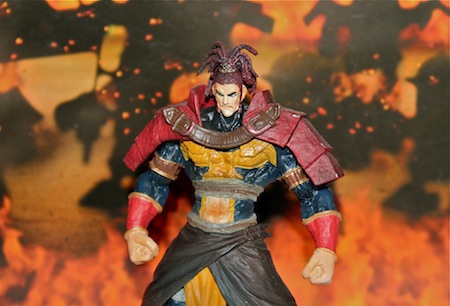 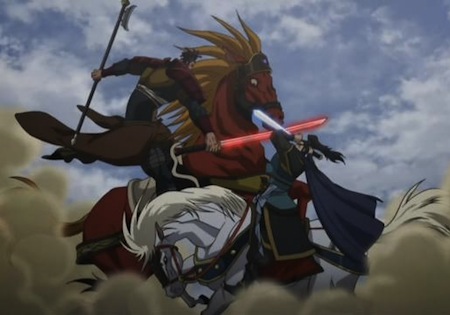 This is without doubt my favourite piece from the first wave of Souten Kouro 'NEXT LABEL' trading figure series released by Union Creative. One with close resemblance to the illustration manga artist 'King Gonta', a different looking Lu Bu with African American ponytail hairstyle and tight-fitting clothing that show-off Lu Bu's muscular physique. Cool huge shoulder armour with leather belt binding. Red colour scheme to match his horse and for the rage of destruction burning within.

In Souten Kouro, Lu Bu fought like super human until he finally succumbed to the number game. Figure stand approximately 11cm and come with a well designed hexagon black stand. The PVC figure is well balance and stand on its own even without the stand. Unfortunately it didn't come with his weapon. Souten Kouro Lu Bu is also the secret figure in this first wave of Souten Kouro 'NEXT LABEL' figure series.

not only the figure, but the character himself is quite daring, violent and bloody !!!... no idea about the source of his tremendous anger, yet, in the video at the end of the publication, he sings a sort of strange opera, while he butchers the warriors in front of him, like he were just playing !!!... now, this is what i would call a serious threat !!! =OOOOO

Haha, Lu bu is ridiculously super and full of rage. The Souten Kouro fight scene is pretty ridiculous as well. Lol... He's a serious threath to his enemy as well as his allies. It's kind of crazy... Lol... Thank you for your comment pal ^_^

He is the most powerful boss in the video game :)