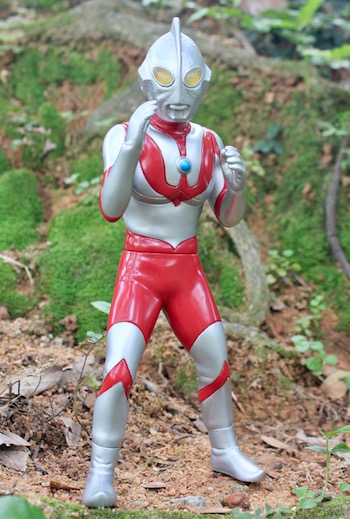 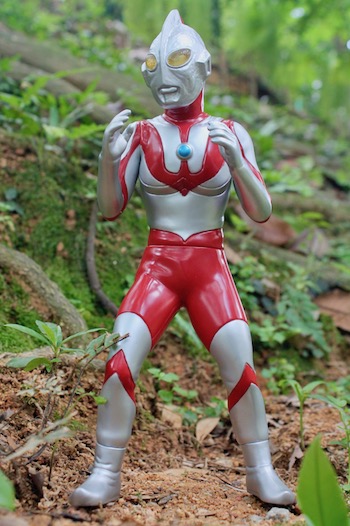 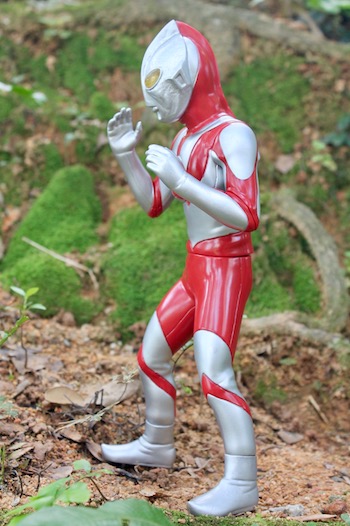 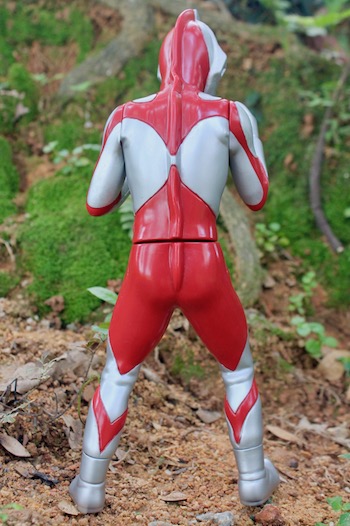 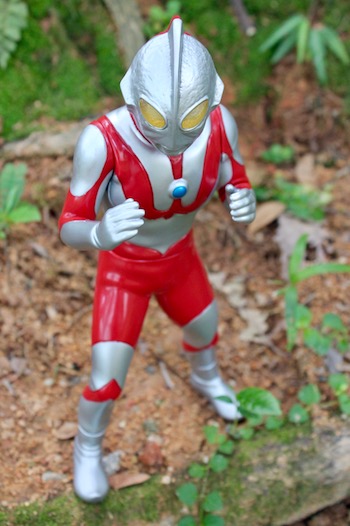 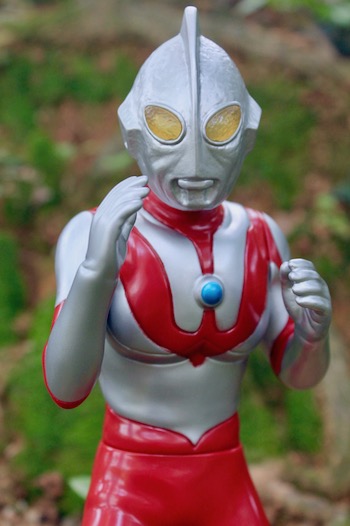 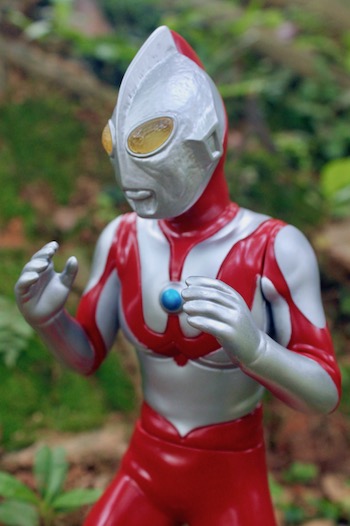 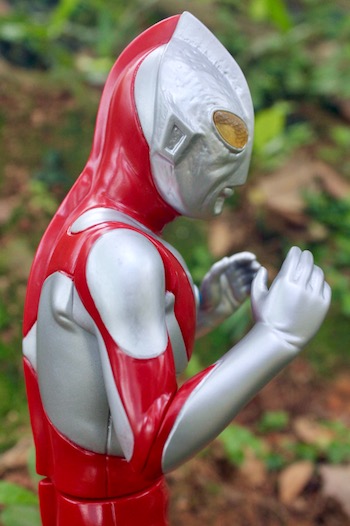 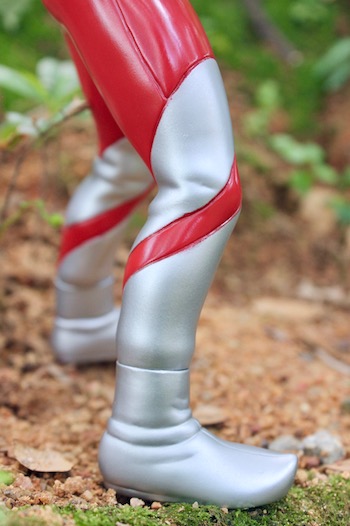 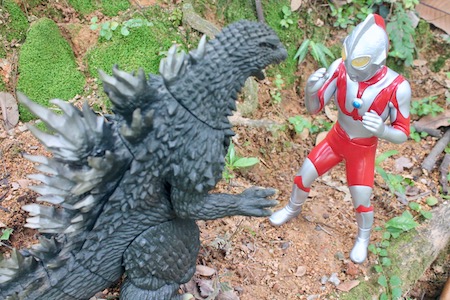 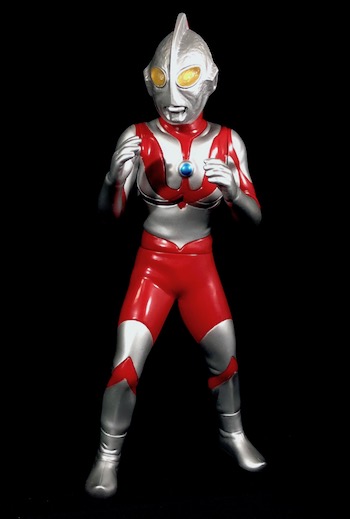 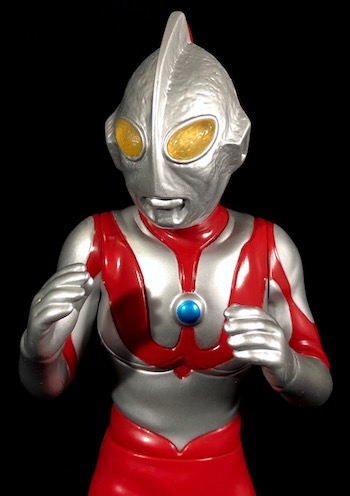 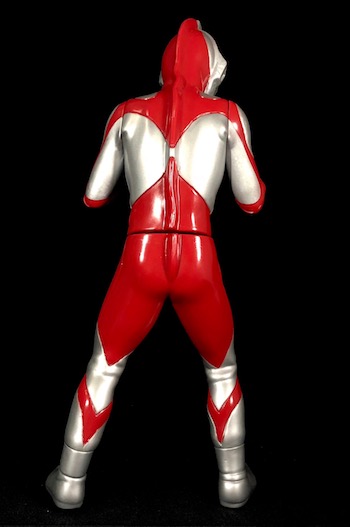 A comparison with 6" vinyl figure 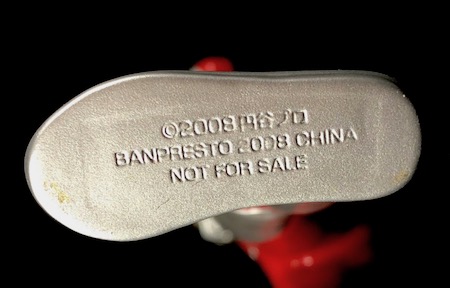 What happened to the face? Looks wrinkled. The 1966 Ultraman first 13 episodes Ultraman looks unrefined! Just like this... Type A (from Episode 1 to Episode 13 when the first Ultraman is given a more monstrous appearance. First Ultraman to visit Earth, and defended it against aliens and monsters with more to come in this highly successful franchise. The Type A suit had its mask created from fibre-reinforced plastic and coated with latex, giving Ultraman a "wrinkled" face. The Type A fitted the actor poorly which forced him to hunch a bit just like this figure. Type A also has pointy shoes like Alibaba and looks rather peculiar.

I have very little information on this figure except for the marking on the back of the foot indicating 2008 which I believed is the year of production. The company responsible for this hard-to-come-by figure is Banpresto and "Not For Sale". I would presumed this is more of a prize item back then. The face sculpt is a lot more serious with clear yellow eyes without those cross eye dot. There are 5 points of articulations on the arms, the waist and the ankles. Just feel that the pivoting gap on the waist is a bit too wide.  Standing approximately 11" (28 cm), relatively big and good size to display and handle.
at March 08, 2018

Nice vintage Ultraman you own...