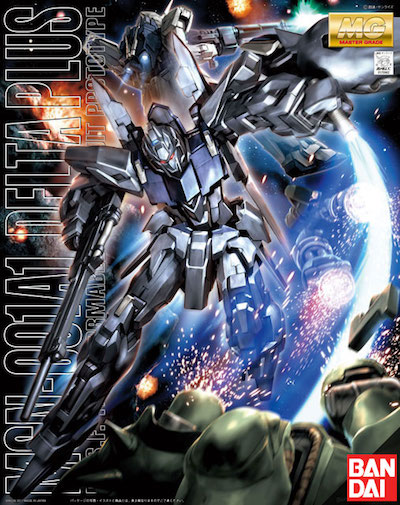 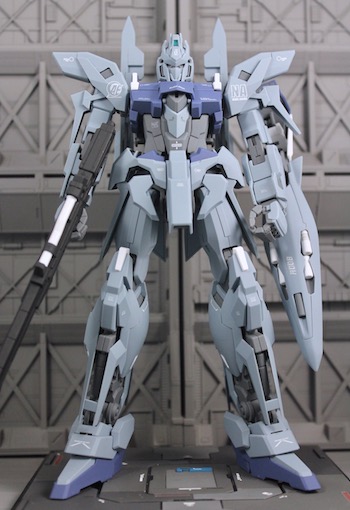 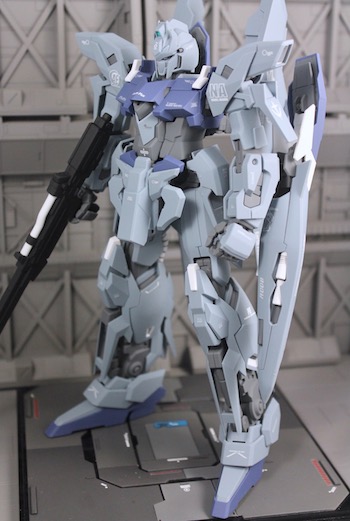 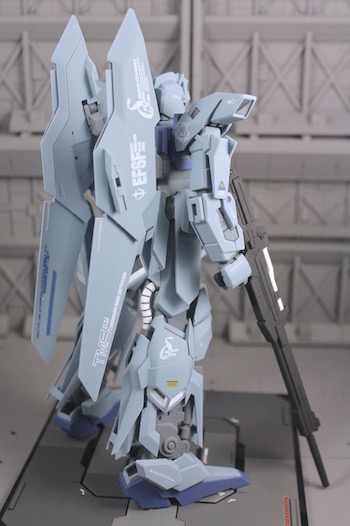 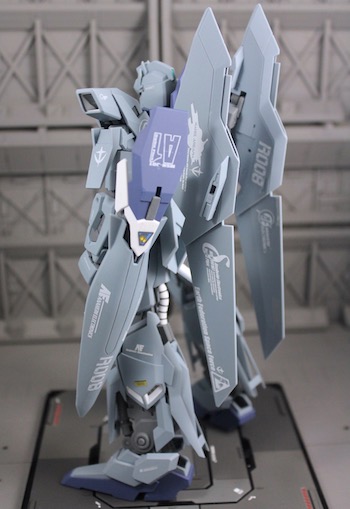 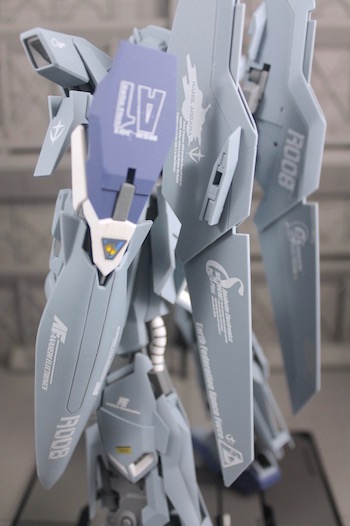 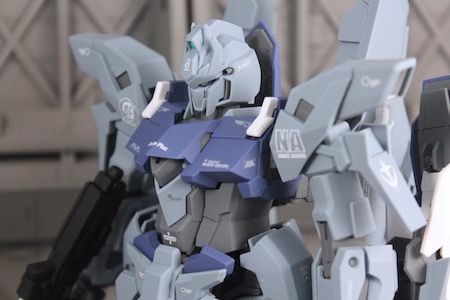 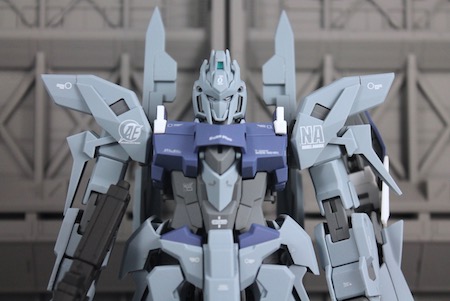 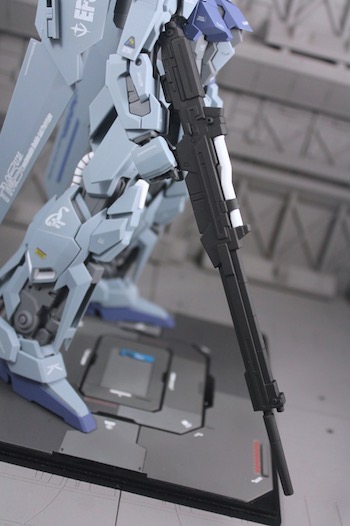 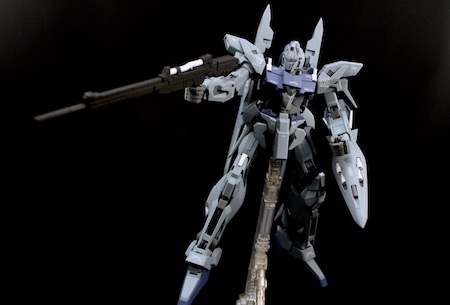 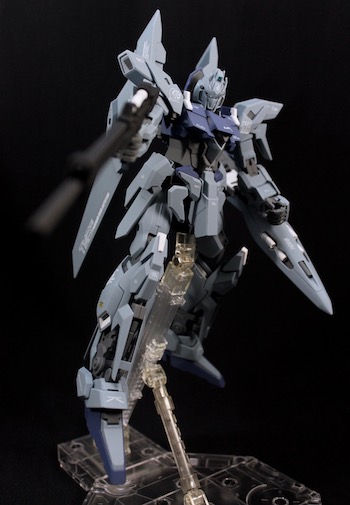 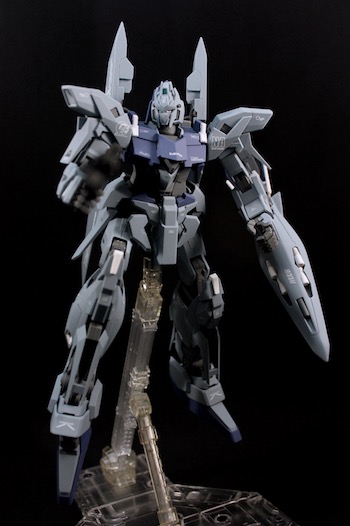 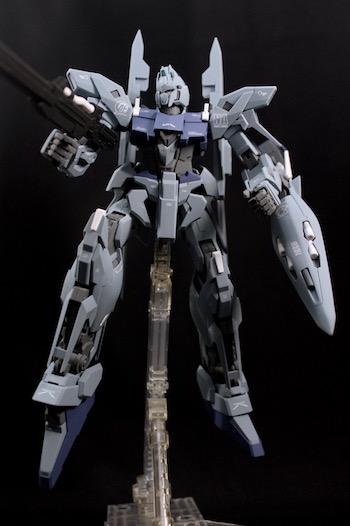 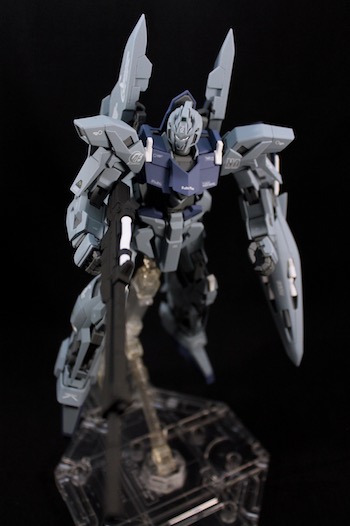 Delta Plus, a transformable Hyaku Shiki-type MS, joins the MG series. A definite choice of Gunpla in my collection with those pair of badass red eyes and sexy long legs. It can be completely transformed from the MS form into the Wave Rider form and adopted a lock mechanism so as not to lose its shape even after the transformation(Drastic improvement compared to older version 1.0 MG Zeta Gundam). However you won't see it in my post I never like to transform my Gunpla to avoid scratching them. The kit comes with marking stickers by Hajime Katoki so it look very Gundam Fix Figuration GFF style. On top it, I had even used additional 3rd party Unicorn Gundam series decals dedicated to MG Delta Plus. This kit hardly need any panel lining so the finishing touch was just matte top coating and spraying the rifle black.

Like most MG Gunpla kit, pilot figures of the same scale as Delta Plus would be included but I never paint them and was hoping Bandai or Banpresto would release Riddhe Marcenas trading figure in future. The Delta Plus is another sleek design found in the Gundam UC anime and much like the Master Grade ReZEL, the Delta Plus is capable of a melee attack as well as an alternate way to transform. In the OVA, Unicorn Gundam rode Delta Plus in waverider while they constantly shoot Beam Magnum, Beam Cannon, and Grenade Launchers. A special feature of Delta Plus Beam Saber following the trend of Hyaku Shiki (yellow Beam Saber) is the colour scheme, in this case a light blue Beam Saber. With a stand which really brought out the posing potential of this kit. Most complaints would be the stability of the kit in hangar standing pose with loose joints on kneels, ankle and feet.
at March 10, 2018

That’s a very intricate design, with successive layers of armor that give it a high-tech appearance; obviously is the best way to create the a feeling of evolution and there has been along way from its grandfather, the Zeta Gundam... The color scheme in grayish light blue, gray and dark blue was an excellent choice and the white decals look sober and subtle, maybe a bit too much, but they are fine for me... All in all, another attractive, efficient and powerful mobile suit !!!... =OOOOO

>> Chrismandesign
I like the concept of transforming mecha especially in flight mode however the reality is otherwise as model kit. It's no different for this kit so I just have it in robot mode. A cool successor to Hyaku Shiki and Z Gundam for use of ace pilot. The colour probably makes the mecha appeared weak but no doubt this is Gundam Class! Because of the dull colour, I added more decals to for better visual or maybe I have overdo it.. Heehee..

I had this MG as well and painted it Gold. Certainly i would avoid transforming the kit too since it easily breaks the kit with the delicate parts around

To me, this one looks a bit boring due to the overall color scheme..

>> Yami
The Gold paint would fit the MS nicely and relate the MS even closer to Hyaku Shiki. Definitely well chosen colour scheme.

>> Desmond
Can understand bro, the colour is more of a military realism perspective. Like I mentioned before the dull colour kind of make the MS appeared weaker.