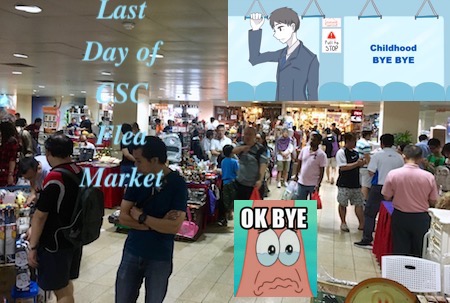 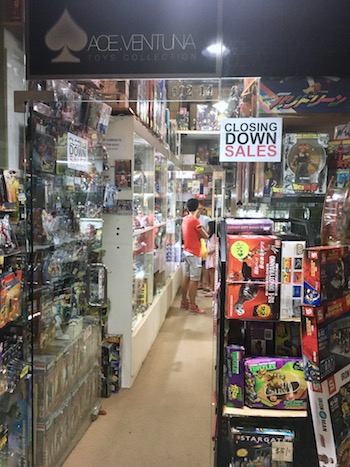 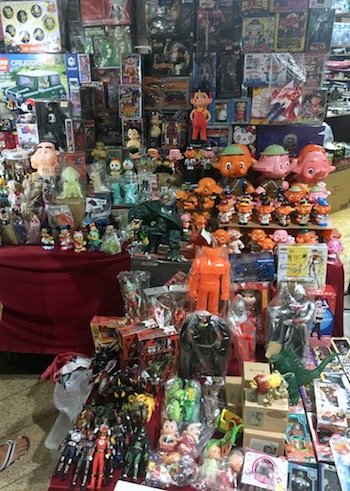 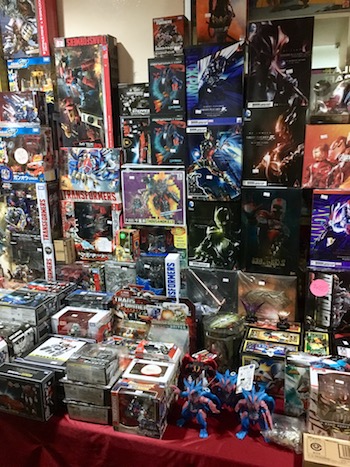 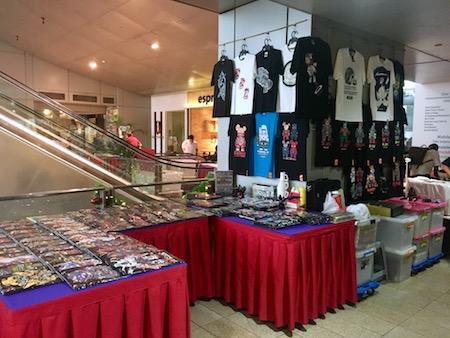 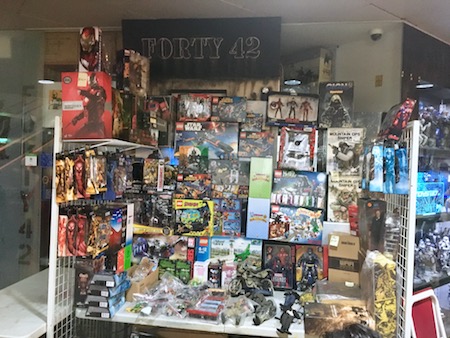 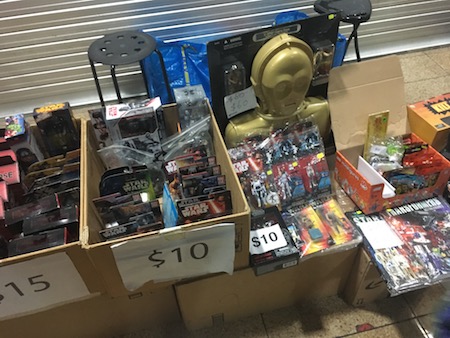 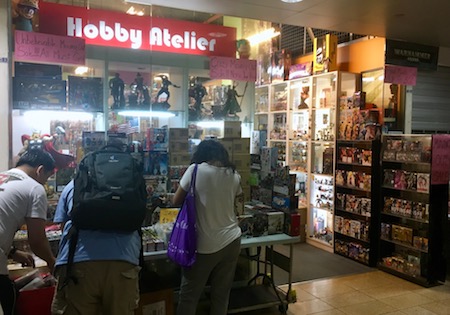 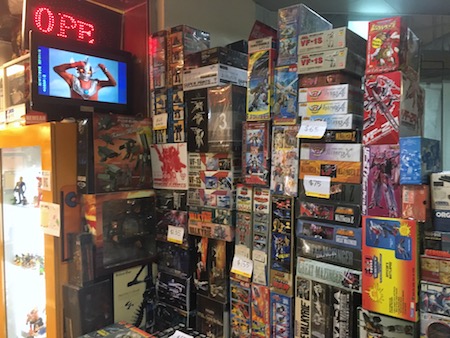 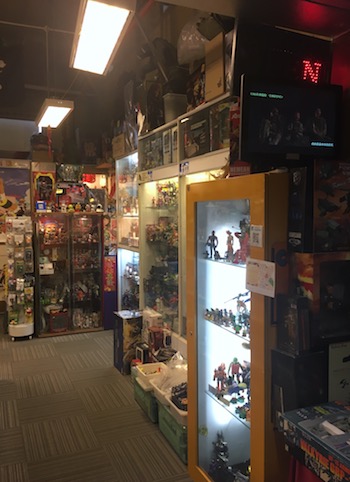 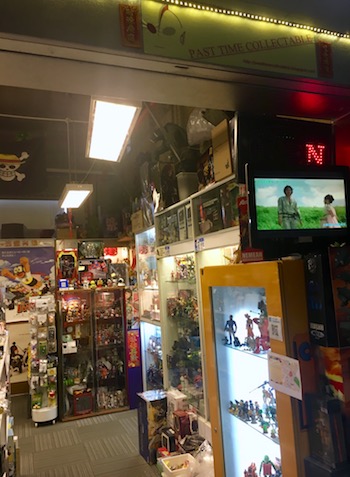 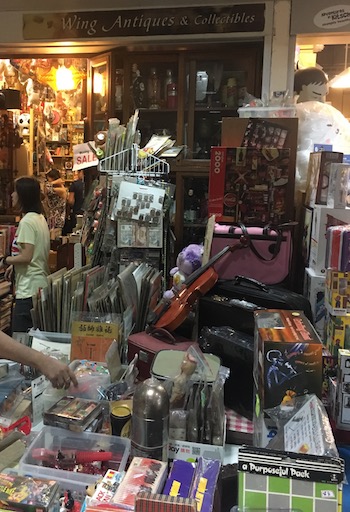 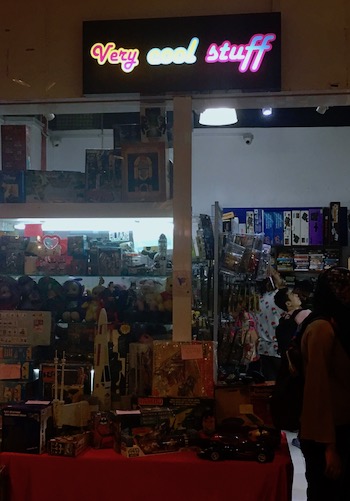 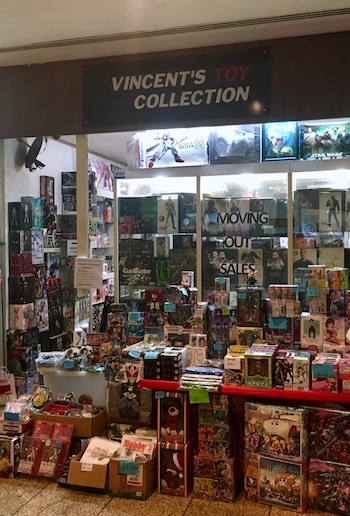 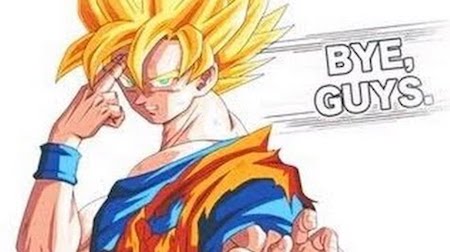 Last Sunday was the last round of flea market @ CSC. I managed to drag my tired body after my night shift duty and after attending AFA 2017. This marks the end of another toy era, but rest assured there would be start of another new era... Maybe @ Fook Hai Building just across the street or Havelock II.

My affiliation lays with Havelock II because I have a strong attachment to 'Pastime Toys' which is shifting there as the respectable owner is such a passionate guy, real friendly and generous whenever I rent a booth at his shop. "Ah Lau", I'm talking about you. I began seriously collecting toys before the CSC era during the days of Clark Quay flea market and also felt that same feeling of lost when flea market ceased at Clark Quay.

Thankfully, I continued my journey with CSC. It's also at CSC when I first tried out selling toys by renting booth, hoping to recoup some money for more new toys on many occasions. More importantly, giving out my old toys and finding them a new owner who would treasure them more. I also enjoyed those times sharing booth with my like-minded friends, chit-chatting about toys.
at November 29, 2017

I’m not so familiar with flea markets and I came to know about them very late in my collecting adventure... I have visited a few of them but I couldn’t find anything of my interest, yet probably they have many attractive items for other collectors and I do respect them because any reputed collectibles store began as a booth in one of those flea markets, plus sometimes you happen to meet other nice and also not so nice collectors in those places !!... =D

>> Chrismandesign
I have to agreed that selling at flea market, I met some nice and also not so nice collectors. I don't sell my stuffs expensive and most of the time selling at cost lower than the time bought. Still there are some cut throat buyer and some passed unnecessary ugly comments. At times, I rather not sell to these people but give my toys to the friendly shop owners I befriended with or butter trade with friends.

Didn't Know Chinatown had this kind of place, should have visited when i come to SG last week. Perhaps i could find rarer stuffs than what was offered in AFA.

>> Yami
AFA selling mainly newer stuff but the cherry on the cake is definitely CSC flea market. It’s the market of surprises...

I’m going to Singapore on 15 dec. Do u know where would the flea market start or where the Toy shops would be at? Thanks

Damn!!! this is a sad news... so next year CSC wont be the destination for toy hunters then. By the way if you visit the new place (Fook Hai Building just across the street or Havelock II), please write/share an article about it, take lots of picture and maybe you can also share on how to get there by MRT or any other methods. I feel a bit sad about CSC as well. I always went there whenever I had the chance to visit Singapore....sigh... the end for an era I guess...

>> David
No worries bro, I believe this is just the beginning of the end.. I will do an update of the new whereabouts.. I looking forward to Havelock II..

>> Wend
What I heard is that flea market is not in line with the tourist business model. Try visiting Havelock II which most toy shops moved to and Fook Hai Building on Sunday for flea market.

>> Desmond
He initially wanted to stop selling toy, a lot ppl trying to convince him to continue and beside passion never die! In fact he coordinated with many shop owners to migrate to Havelock II. The force is strong at Havelock II. I see it will be like CSCin future. Just like CSC once upon a time like old Clark Quay!