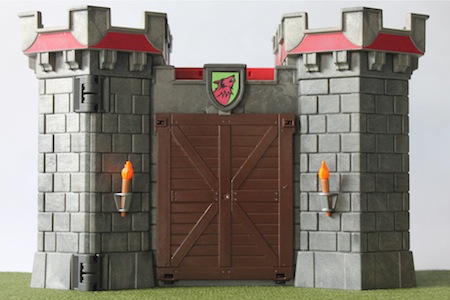 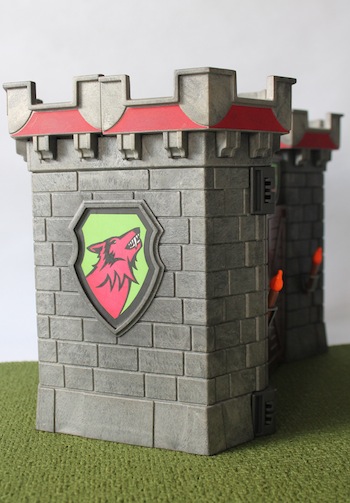 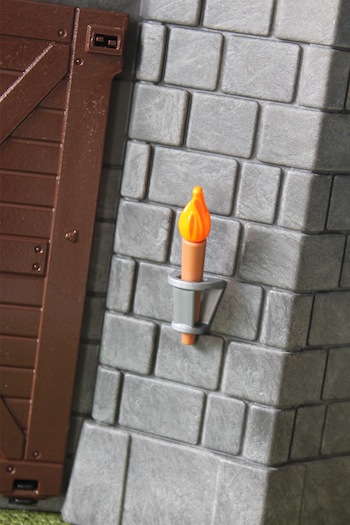 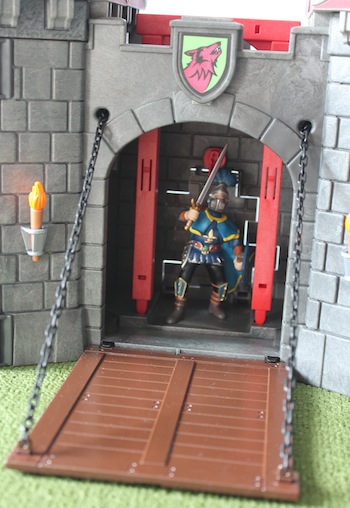 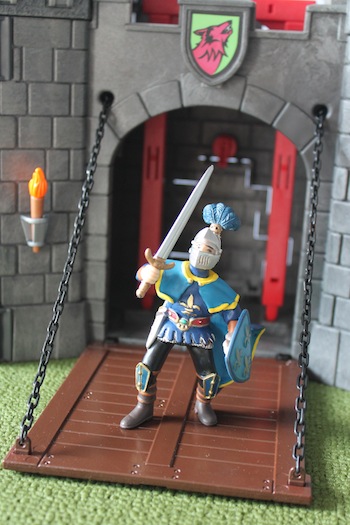 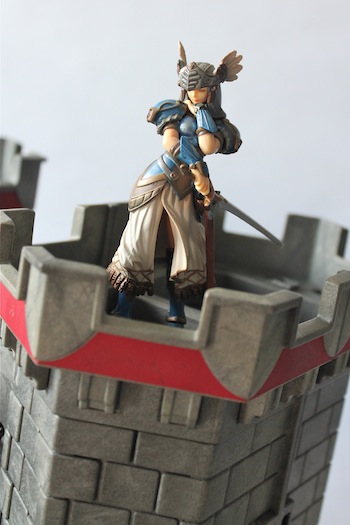 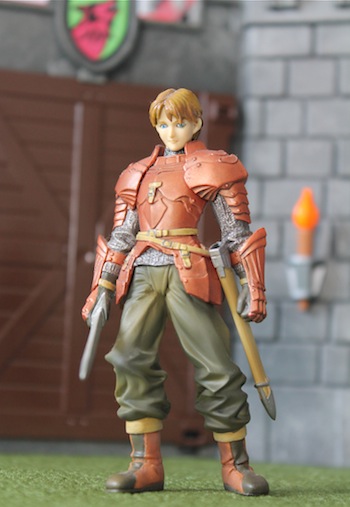 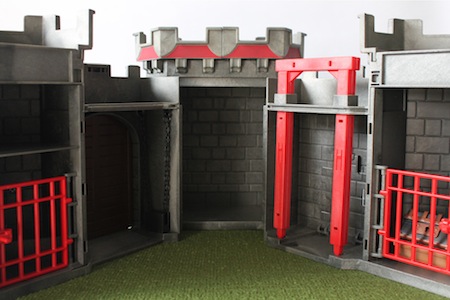 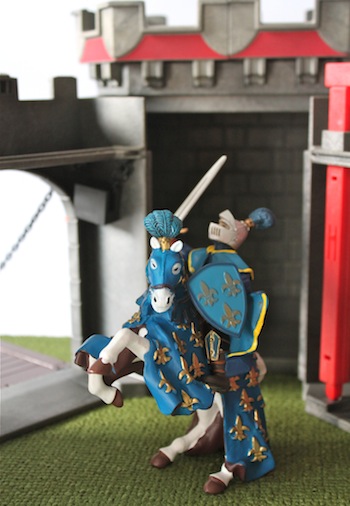 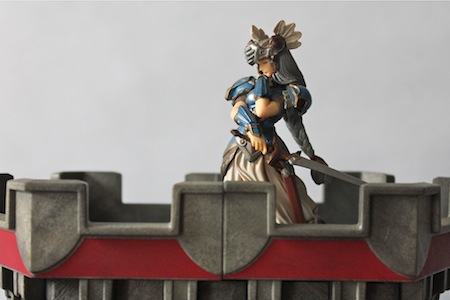 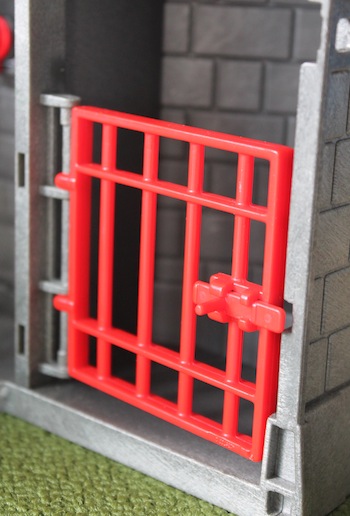 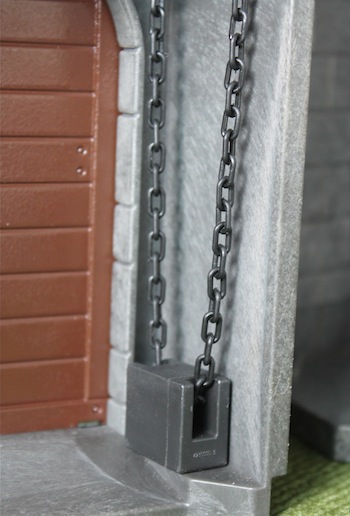 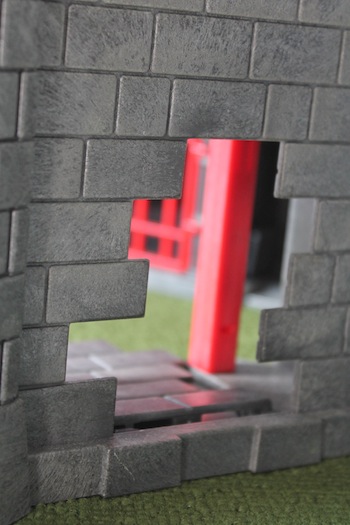 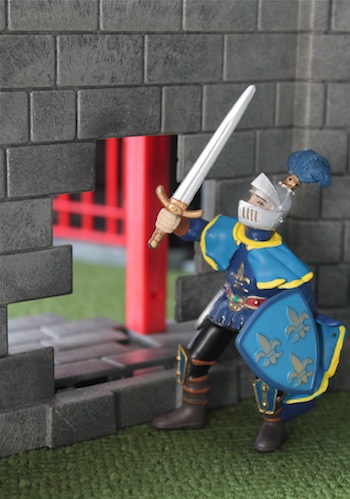 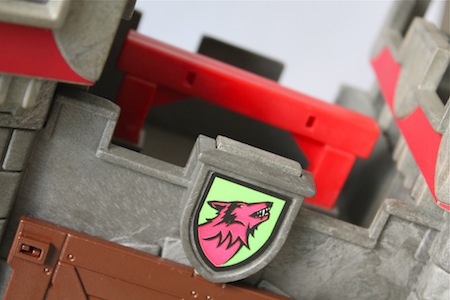 I had been on a lookout for castle as backdrop for my knight fantasy figures had finally found one @ fleamarket that is suitable. It cost me S$35/- and I had a vague idea this playset was under Playmobil by the looks of the accessories (majority missing). However, it was the instruction manual found within that led me to find more of Playmobil Castle 5802. Despite being loose with missing accessories, the condition of the toy from exterior was still in mint condition. Goes to show how hardy the toy was made to withstand rough play by kids. By the way, Playmobil Castle 5802 was launched in year 2006 and Playmobil is a German company.

Though I don't buy this toy castle for play, I must admit that it had great design for excellent play and storage function. There is handle to the castle which make it mobile to carry around. What made more fun was being able to fold and expand. Other gimmicks included the "break-through" wall, the drawbridge and the prison cells. I especially like the drawbridge that mechanised by metal chains and weights which came so close to the real thing. The castle wall came red and I had spray it brown and on top of it, I bought a green mat as flooring for more realism. The material of the castle itself looks very real but the red think line around it was a drawback. Apart from being my photoshoot backdrop, the castle also ideal for imaginary play among my kiddos.
at May 08, 2014

Are the figures too big for the castle?

Yup. They are bigger in scale but I could not afford a bigger castle. Heehee ^_^

HEHE, that’s something i would not expect knowing your propensity to Gundam and Macross stuff... but knowing as well, that you’re glimpsing new horizons in your hobby, is great change of direction (obviously keeping your focus on your main influences)... i like specially the texture on the surface of the walls of the castle, it looks more realistic than the plain grey (i guess in another strategy to achieve a clear differentiation with LEGO)... =)

Hee! Hee! I do have liking for anime and games on Knight Fantasy which play a small part of my collection. Such that it wasn't easy to get figures of such genre. It all started from games like Ys, Langrisser, Valkyrie Profile and even Fire Emblem. Anime like Lodoss War, Bastard!! and Berserk did had some influences on me. I really like the texture of the castle wall for this play set. You will definitely see more off my knight figures with this castle as backdrop.