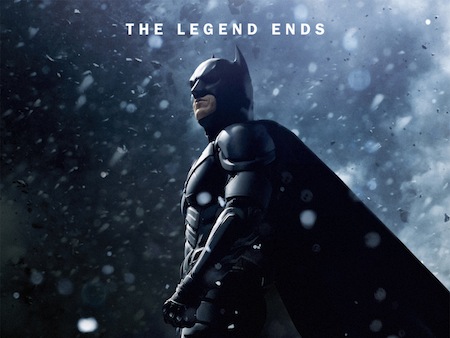 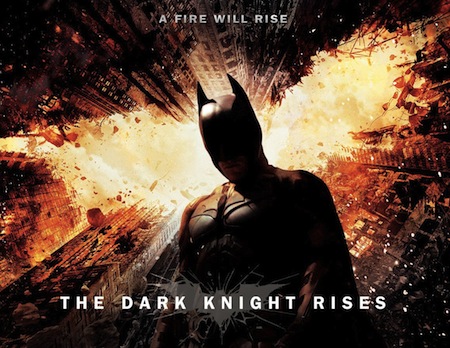 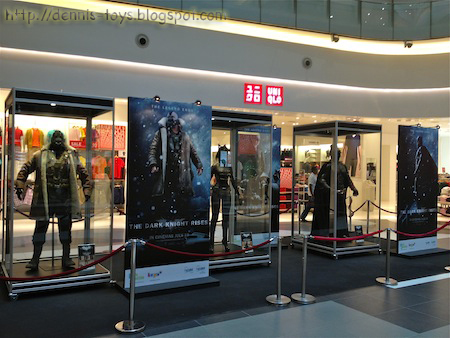 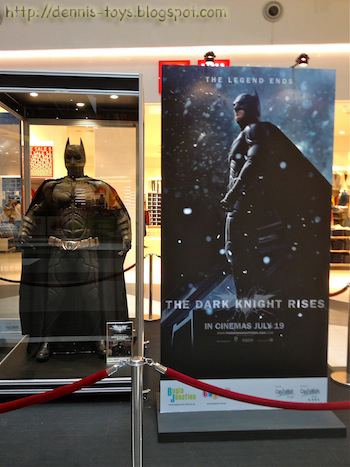 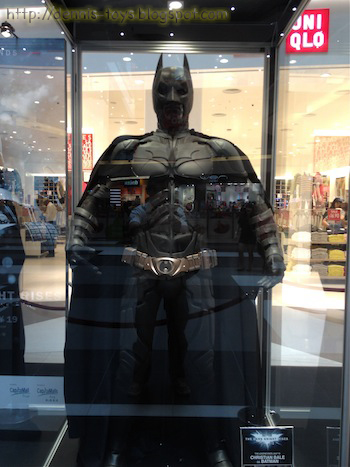 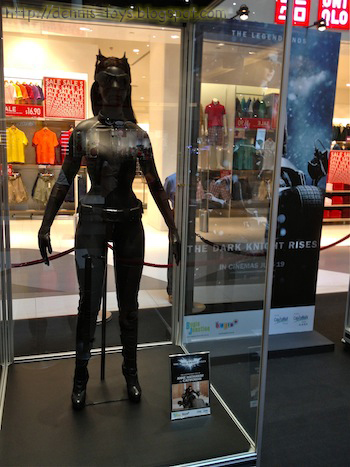 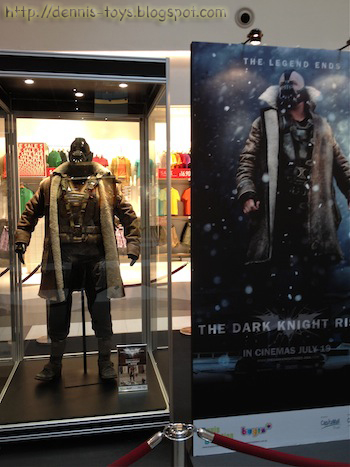 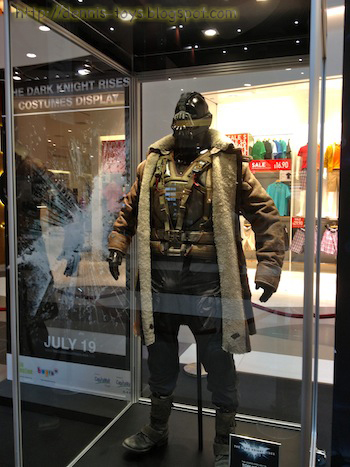 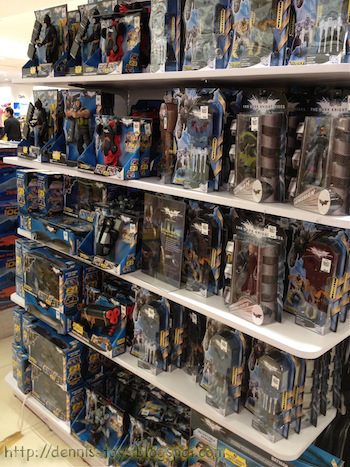 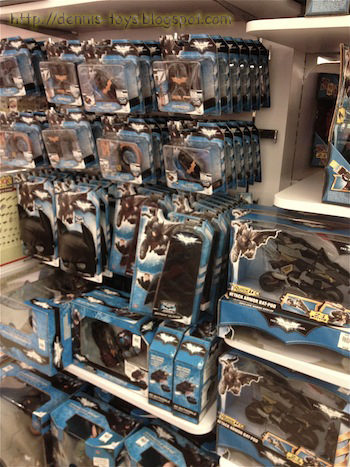 A movie date with my wife don't come easy especially after having 3 kids, so we both took leave to watch 'The Dark Knight Rises'. It's the epic conclusion to Christopher Nolan's Batman trilogy which in my opinion had beautifully ended. I would consider this a long duration movie of nearly 3 hours to sum up the story that makes your money well spent on the tickets. I don't want to a spoiler so all I can say is that the story tells how Bruce Wayne walked out from despair after 8 long years and dramatically answered to the call when Gotham needed him during the most desperate and darkest hours. This 3rd  installment really shows the benevolence of Batman, casting aside vengeance. "You have done enough for the people of Gotham. They don't deserve this". An addition bonus would surely be Anne Hathaway as Catwoman... Meow (she didn't do that cos it's too cheesy)... The moment she got up the Batpod turns male audiences on. For local who wants a glimpse of those awesome Batman movie costumes, you can go down to 'Bugis Plus', formerly known as 'iLuma'. Batman merchandises are already available at all leading stores.
at July 23, 2012

i’m eager to watch this movie !!!... it seems thrilling and dramatic... the Nolan’s point of view of Batman is refreshing and gives this character a more realistic feeling... by the way, is not Catman (which i think exists but is another character in fact) but Catwoman (Meow!!!) LOLOLOL... seriously, i had a laugh, THX pal !!! =D

Been a big-fan of Chris Nolan's depction of the Batman series. Some say Nolan's adaptations are a commentary on prevailing social trends. Selina Kyle's quote to Bruce on him "living so large and leaving so little for the rest of us" addresses the failings of a Capitalist-dominated world. Whether viewers think the same is open to intepretation but I am much intrigued by the way the series has set us thinking. That aside, the frentic action sequences and thick plot makes this a must-see film. Its got something for action fanatics and story-driven fans. A 5-star film in every sense of the word.

It is cool that you got to see some of the production costumes when you were out. I am not sure I will see this in the theatres or wait for the dvd to come out.

>> chrismandesign
Ha! Ha! Thx for the correction pal. Had rush through this post before going to bed in a stone state. A good laugh is good for the overall well being... Lolz Very true that Nolan filmed Batman in a very realistic way and this conclusion movie has a lot more actions.

>> on_o
Bro, always like the way you describe something. The flow and expressive language. In fact, your comment itself is an awesome movie critic. Indeed, the movie is quite the reflection of modern society and its decays. I would say this is a great movie however the 2nd Dark Knight movie seems to affect me more.

>> bluedrakon
I saw these costumes display really by chance, stopping by the mall for rest, on my way to work. The costumes were guarded by securities and fenced up by Q-poles so I couldn't get too near. Movie of this duration is hard for me to watch on DVD. There would bound to be distractions and beside, my house isn't very conducive for home entertainment. Hee! Hee!

Thanks for sharing, but Bugis nowadays does not provide a good movie experience for me (have not been there for quite long for movie). Would catch it at Orchard instead. That aside, I realised the 6" action figure of TDKR is more expensive than other 6" figure lines...

I watched @ JCube. Some friends of mine wanted the ultimate experience so they were for Lido IMAX. Excellent choice as the film was shot with IMAX camera. I guess the TDKR 6" figures came more expensive due to newer release and licensing definitely play apart. It does provide a more budget option beside Hot Toys.

Thanks for sharing bro!!

No prob! Know you will very much interested in the costumes. Really nice exhibits for Batman fans.

Too bad this movie opened when I'm away on biz trip. Have to wait until I'm back next week to watch. Reading all the good reviews makes it harder to wait haha!

I never have the opportunity to go for biz trip and I hope you have some spare time to sightsee and for entertainment. The movie can wait and I'm sure you will make it in time it.

Watched the movie.... for a moment, I tot Bruce Wayne and Batman really died... but then, I know there is something fishy and when I see the ending scene... Bruce Wayne dating Selina Kyle... now that's cool... finally my wish to see Batman and Catwoman being partner comes true... the ending part also shows the preparation stage for Robin.....

Ha! Ha! You have leaked out the entire ending ... Nice that Nolan choose to end the trilogy with a blissful closing chapter otherwise I would surely walked out of the cinema feeling incomplete.

Sourcei thought about this find thisread this check over hereread