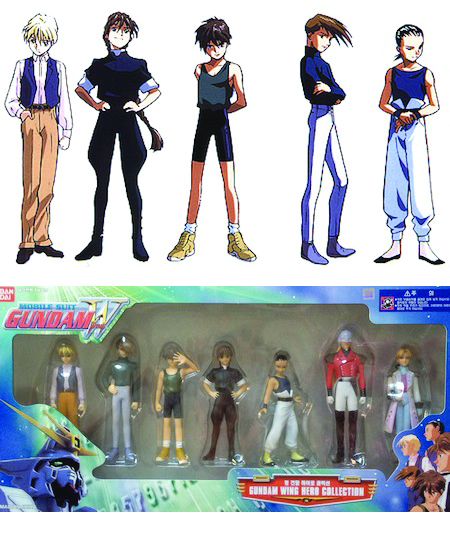 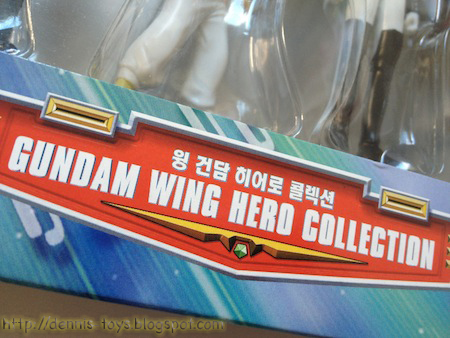 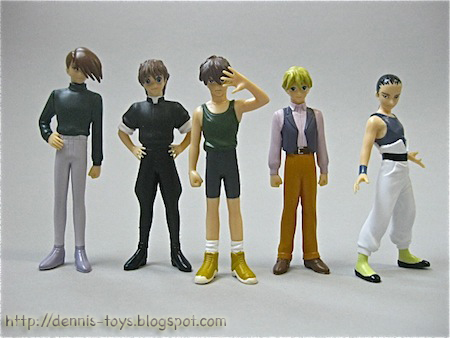 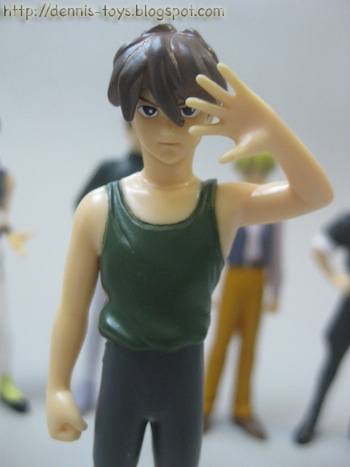 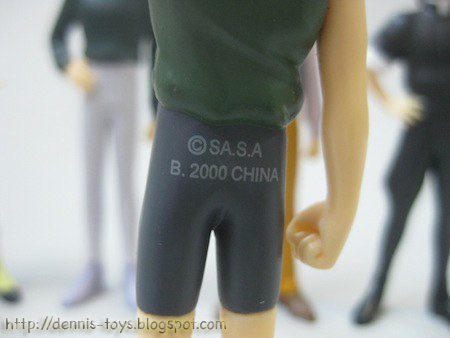 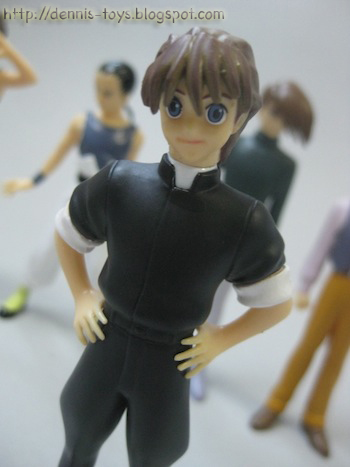 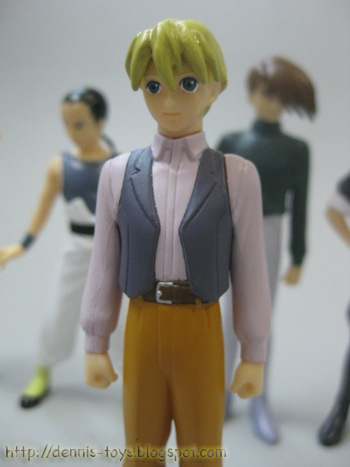 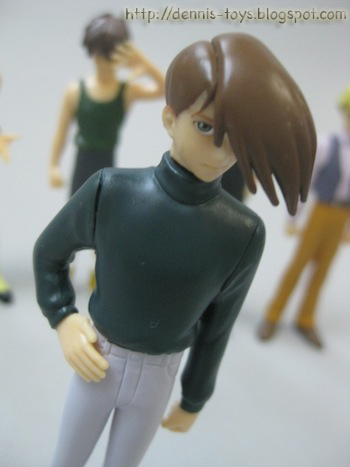 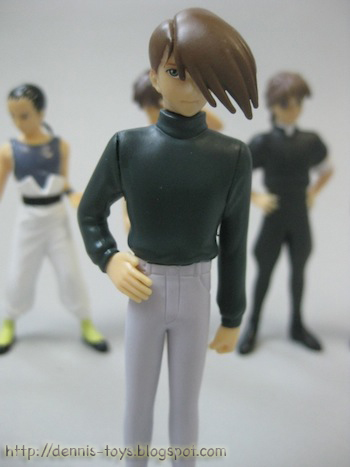 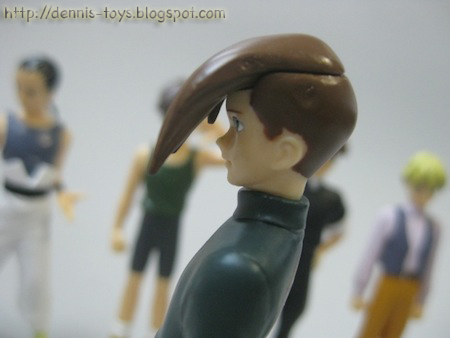 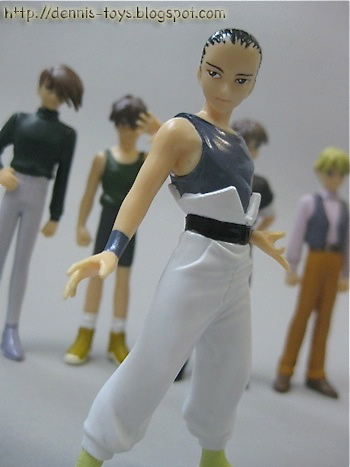 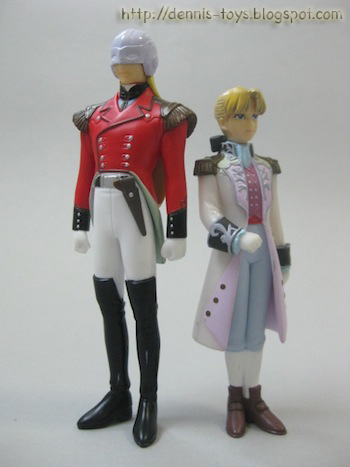 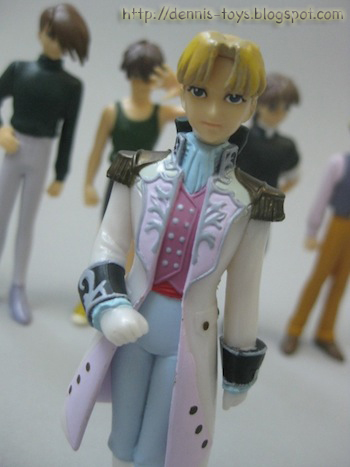 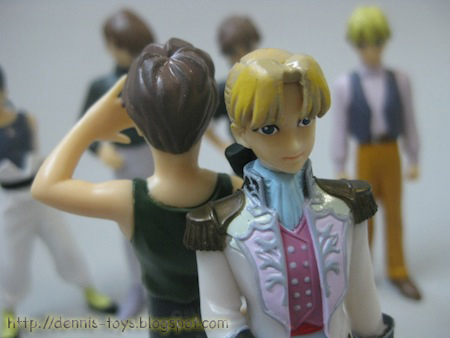 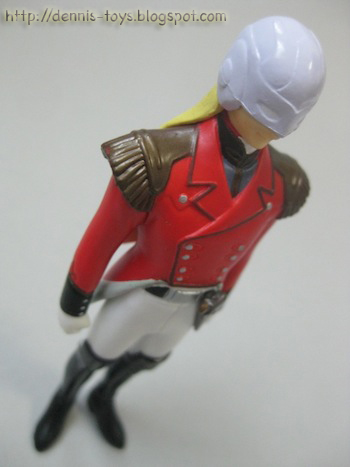 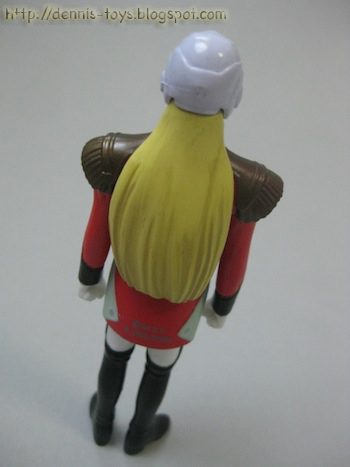 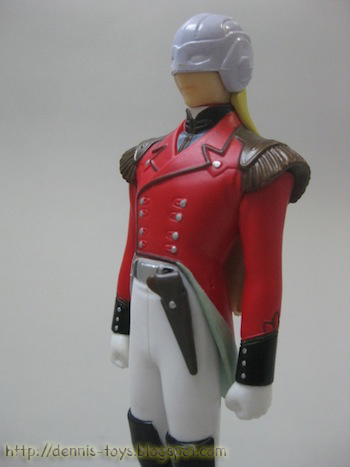 I was initially looking for Zechs Merquise figure when unintentionally found other Gundam Wing character figure of Quatre Raberba Winner, Trowa Barton, Heero Yuy, Duo Maxwell, Chang Wufei and Princess Relena. They came in a set of 7 and mine is the Korean release judging from the packaging. From checking the butt of Heero, it suggested that Bandai had released the figures in year 2000.

These non-poseable figures are pretty tall, with Zechs Merquise, being the tallest at almost 5”. The plastic quality and paint job only fair average but they look awesome when you put the individual character beside their MS, be it action figure or model kit. Only Relena is without any MS, nevertheless she should be able to compliment Heero or Zechs. Since Relena is among the figures, the title on the packaging seems rather inappropriate cos Relena is a heroine. In my opinion, it should be renamed ‘Gundam Wing Character Collection Figures’.

I bought the set from Ebay International since I don’t them selling in Singapore. I am keeping Zechs, Heero and Trowa and had sold the other to fellow Gundam collector, a good friend whom I had known during the Gundam journey. Arvin! I’m talking about you!
at July 20, 2012

Why - oh - why would you have his hand up like you are shining a light into his face. All the others look normal, but him.

Ha! Ha! I'm not so sure about the glaring lights. Somehow, It's an iconic pose of Heero.

Pretty good post. I just stumbled upon your blog and wanted to say that I have really enjoyed reading your blog posts. Any way I'll be subscribing to your feed and I hope you post again soon.
Generic viagra

Thank you for dropping by my humble blog...

you seem to be in the charities as you buy some items and then share them with your pals HAHAHAHA... these characters are a bit higher than those that come with some kits (unpainted, of course)... uhmmm they have a problem with anorexia, right ??? LOL

Can't keep all and best to just keep those I like most. I must confessed that I don't know how to paint character figures and buying these preprinted ones are easy way out. Hee! Hee!

I bought that set you mentioned too! The set with Char, Armuro and other characters from OYW is a lot more cheaper and easy to find.