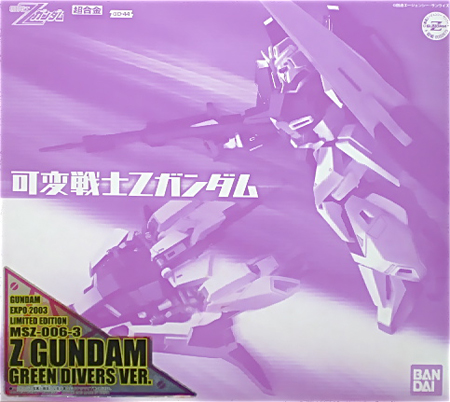 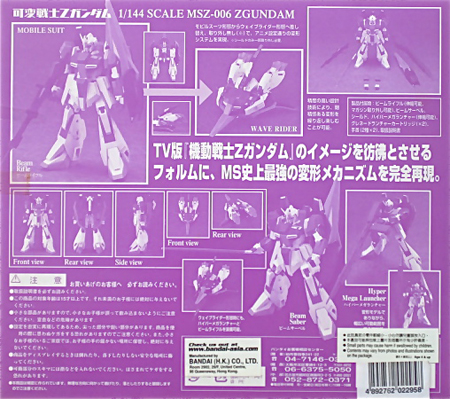 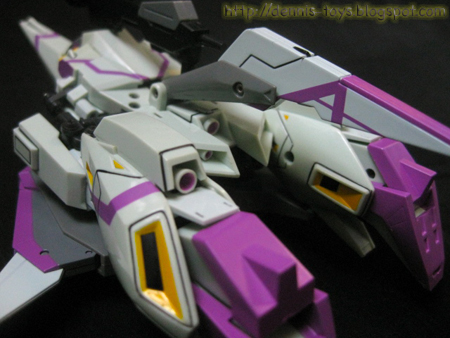 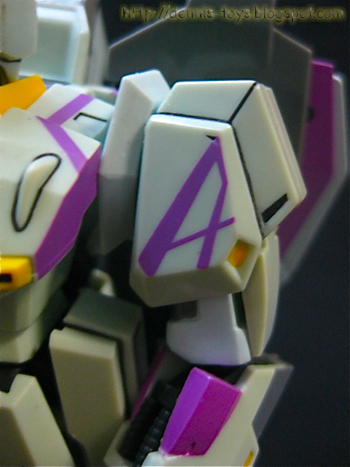 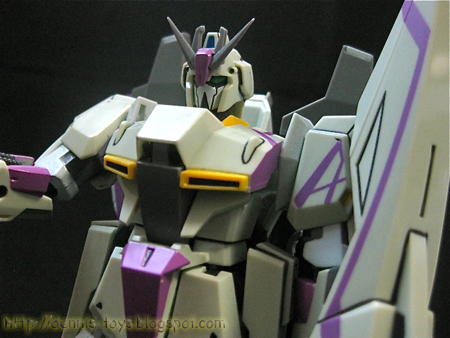 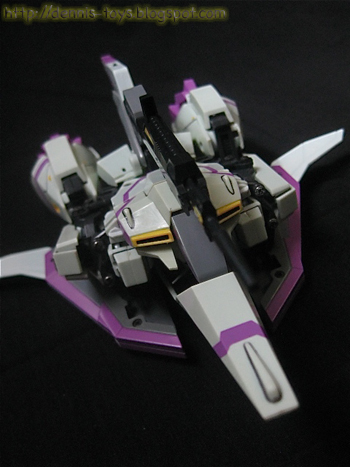 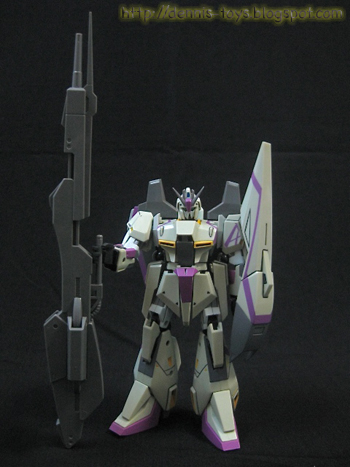 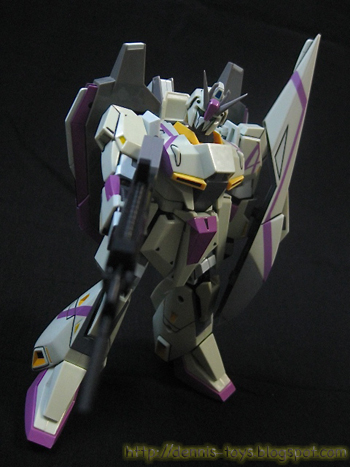 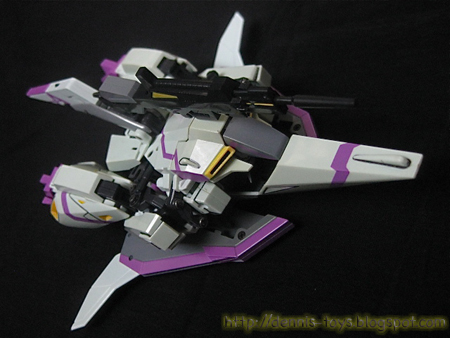 Zeta Gundam (Green Divers version) is very much a MSV assigned to Amuro Ray, after Kamille Bidan eliminated the Titans in Zeta Gundam series. The MS made its screen appearance on Evolve 9, showing how this MS defended Jaburo. The design is the same as the Zeta used by Kamille Bidan instead that it was given a dash of fresh greyish colour scheme with some purple and of course the insignia of the Amuro Ray on the left shoulder plate. Chogokin Zeta Gundam ( Green Diver) was released in 2003 as an Expo exclusives. You can say it's rather rare and premium these days. The packaging is similar to the regular release with the artwork coloured in purple. Everything else in terms of accessories are also the same. It's fully transformable to 'Wave Rider' and comes with the Hyper-Mega-Launcher as well.
at January 16, 2012

Like the purple as it adds a bit of character to the figure. My son wanted to know how much it was as he wants one - lol.

Indeed a nice variant of Zeta Gundam I would say. I bought it for more than a hundred Singapore dollars years back. But sell it to a friend at a much discounted price. Try getting a MG version. It's also a special edition but at a big scale size.

those Zetas look really outstanding !!! a lot better that the classic color scheme, specially the red and ocher yellow... but this Green Divers is not bad at all as chogokin... oh yeah !!! the MG kit is really great with all those cool decals, although a "bit" pricey... actually i prefer this kind of color schemes, they look pretty much like a "designer’s choice" and i’m a graphic designer, you know LOL =)

I like those Zetas from the clip a lot too! Especially the yellow one by White Wolf. The guns are awesome. You are right to say that they look designer and more futuristic. The kind of design for today's modern world. Is just that they look pretty weak in the clip.

This is the first time I see a purple Zeta, but I am really liking the color scheme!

It's quite the special edition and most likely few in numbers. Decent enough for legendary pilot like Amuro Ray.

How many Chogokin u have in total? over 10?

This Zeta is quite popular as they have several variations of it...

The present from you arrived yesterday, I will collect today or tomorrow. Will do the review later, thanks darling LOL

Zeta is a popular series with good storyline despite the age. Nice to know that the parcel had reached your area. Have fun!

Kind of suitable for a matured Amuro Ray, I guess...