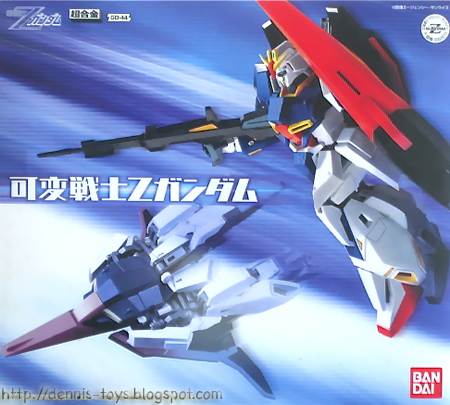 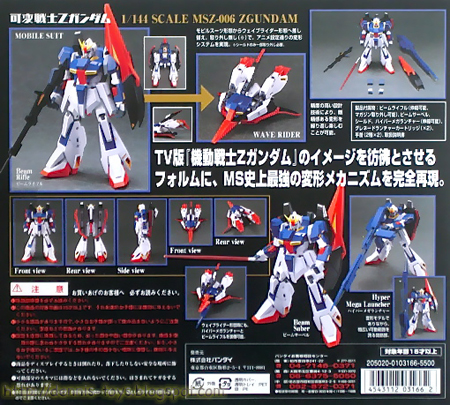 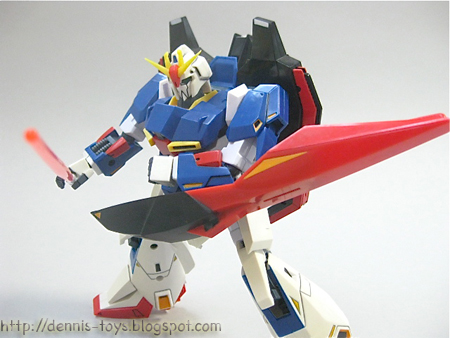 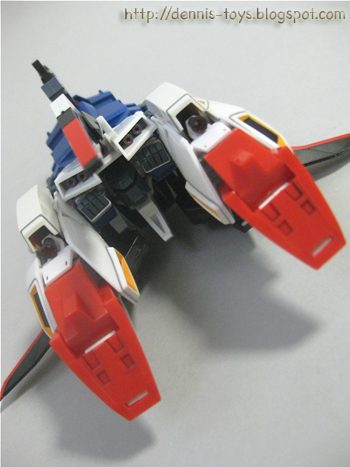 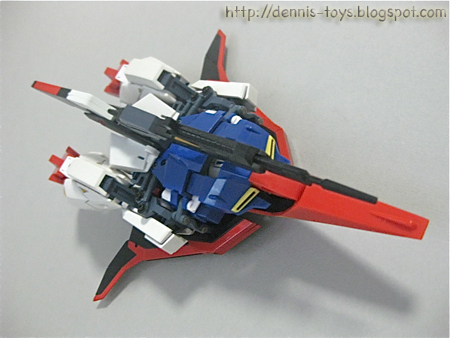 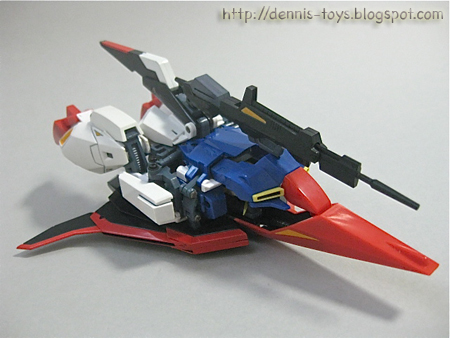 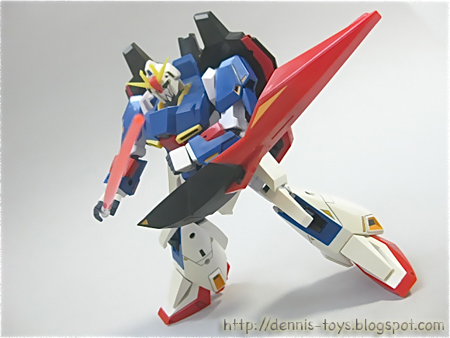 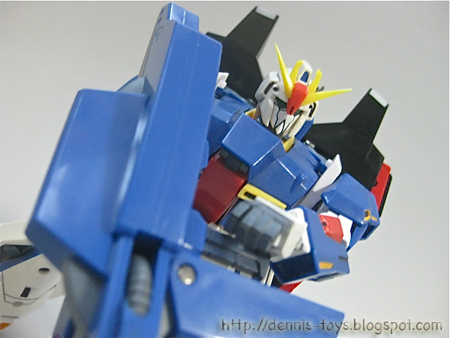 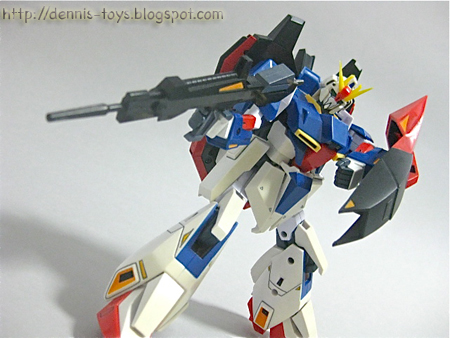 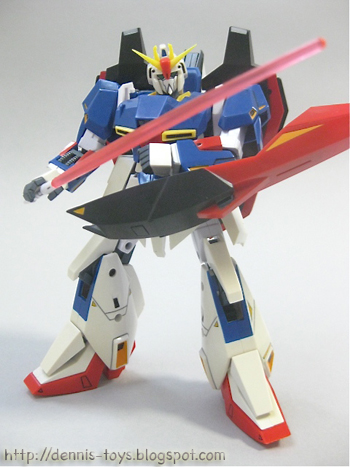 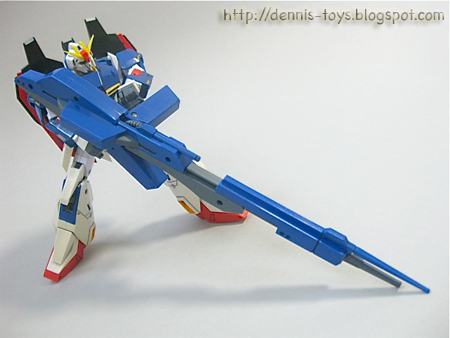 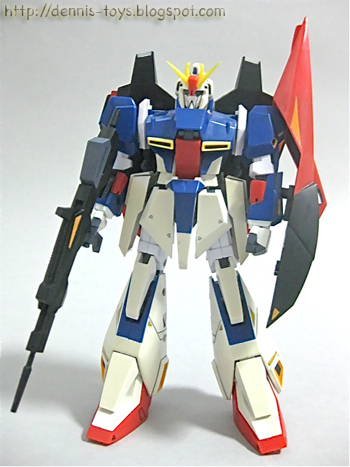 Zeta Gundam from the Universal Century U.C timeline, was designed by it's pilot Kamille Bidan and was built up with the spare parts of Gundam RX78 Mark 2. It is also the first transformable Gundam whereby the robot Gundam can transform into plane mode known as Wave Rider. Wave Rider is able a descent from obit to earth without causing the mobile suit to burnt up and self-destruct caused by the high descending velocity.

This mobile suit is remarkable in terms of speed and agility but not so much on it's firepower and defense. It is equipped with the basic beam rifle, beam saber, shield and optional beam launcher. Being a super new-type human, Kamille can some how be able to unleash super natural power when he was angered. It was a such a petty that Kamille lost his mind after witnessing his dear friends dying in tragedy one after another.

I'm slowly replacing my collection of chogokin Gundam on display cabinet to built Gunpla. At the same time, I had taken some pics of my chogokin Gundam for documentation and list them on Ebay Singapore. Fortunately, I had found a new owner of this Zeta Gundam despite its mild yellowing condition. The box artwork shows mainly how the toy look like with a touch of blue background. Instead of styrofoam tray, the figure and accessories rest on clear plastic insert.

Basic accessories like optional hands, shield, beam sabers and beam rifle are included. An additional throw-in is certainly the Hyper-Mega-Launcher which I find rather challenging to strike a pose of Zeta holding it in good balance. The biggest gimmick of this 1/144 scale toy with metal composite, is that it transforms between MS (Mobile Suit) to Wave Rider (Flight mode). The design of Zeta differ from convention Gundam and quite a breakthrough in transformable MS production during U.C timeline. Still I would still prefer Zeta Gundam in robot mode cos most of the transformable mecha in Gundam series, look kind of weird to me in flight mode. Maybe, I'm just being biases....
at December 15, 2011

so this post acts like a farewell to your valuable figures ???.. it’s kinda sad pal... i must say is a nice figure, a great representation of the Zeta that looks quite good after all these years... i was wondering... your recent Macross chogokin hauls will have the same fate ???

I guess the only constant in life is change and farewell to this chogokin is the course. Sounded sad but this is to many room for more good stuff to come. As for my Macross, I'm in the same dilemma whether to sell away some to revamp my display.

It is hard saying goodbye, but nice to have something to replace it with.

I like the Zeta version as it can convert to a fighter mode.

Certainly. Should I say this is the first transformable Gundam.

umm,, things are really changes here, never thought that you will sell your chogokin bro,, I wonder if Devil Gundam made by chogokin too and you will sell it to me LOL

It's a gradual change, still I will keep some of those chogokin that I like a lot. Zeta Gundam is not in my A list so it's ok to part. After all, I'm seeing my Jumbo Grade Zeta day-in-day-out in my room. Hee! Hee!