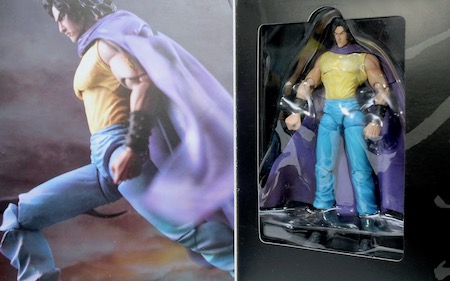 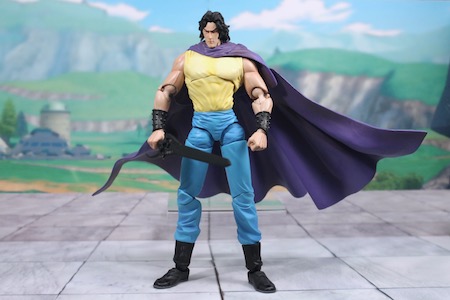 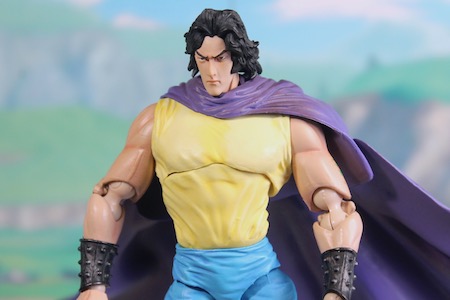 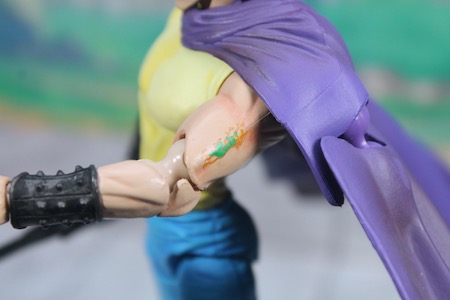 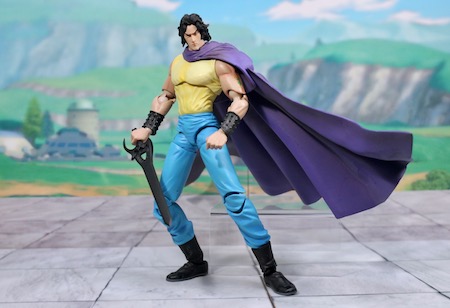 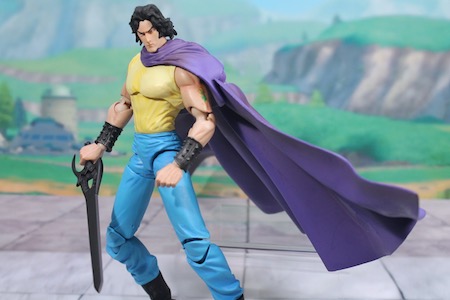 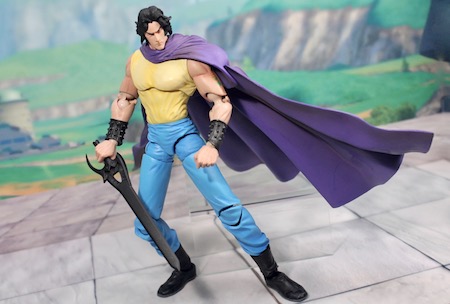 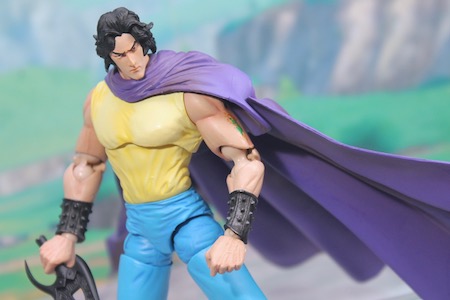 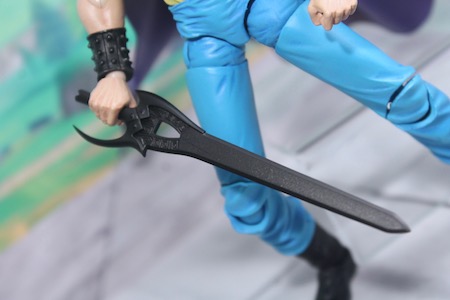 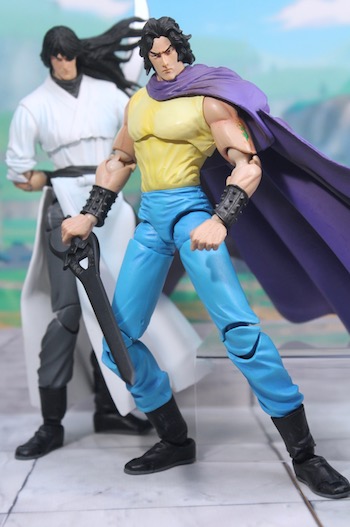 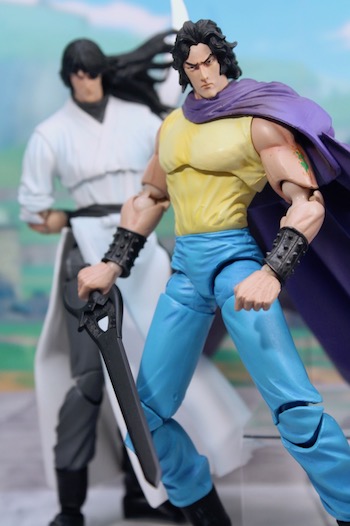 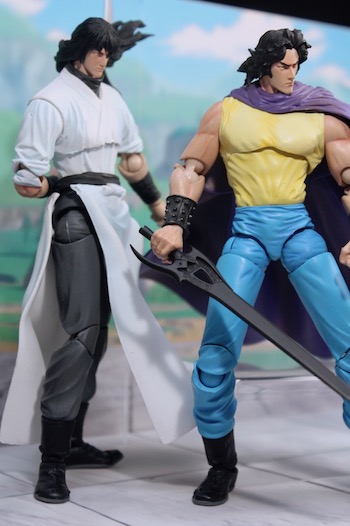 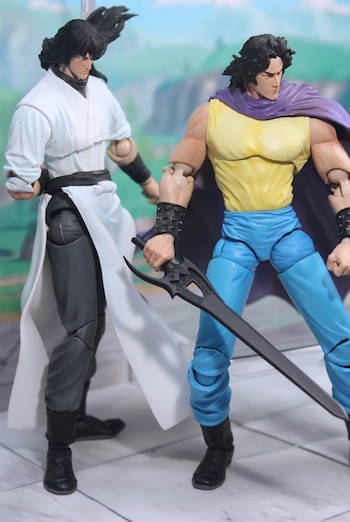 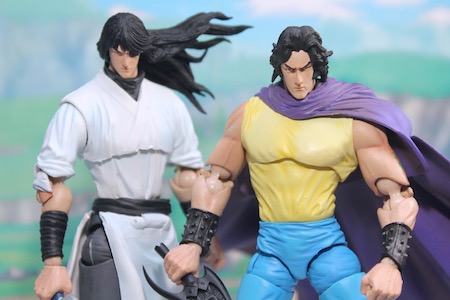 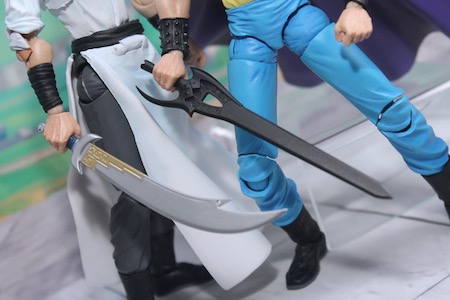 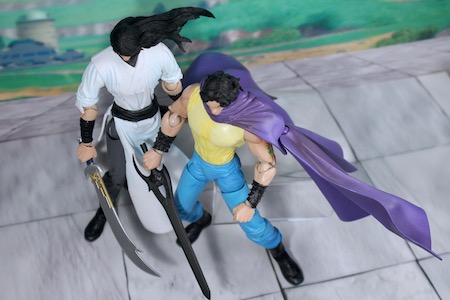 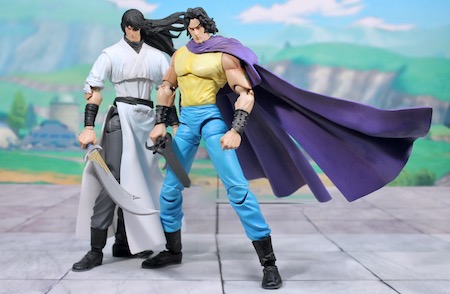 From the famed Chinese Feng Yun comic series Storm Rider 步惊云 Bu Jing Yun aka Cloud is the second half of the two protagonists. 步惊云 Bu Jing Yun aka Cloud was born in the Bu Family Village (步家村) in Hangzhou. Bu Jing Yun (Cloud) was the son of Bu Yun Ting and Yuk Nong. But unlike most children he was born in silence, cloud did not cry or even speak until he was eight years old. He was thought to be with emotion, even when his father died Cloud did not cry and his mother began to hate him, for how could she love a child that had no emotion to others. Soon he became alienated from those around him and he welcomes the solitude that comes with it, His mother even left to alone and only provided him with food and nothing else, no words of comfort or touch, she even made him eat alone.

Much later Bu Jing Yun (Cloud) would learn what love was as his mother remarries Fok Bou Tin, Fok treats Cloud like he was his own son and Cloud starts to escape his solitude. His Stepfather teaches him the family art of sword play. Finally happy with his life the young cloud was proud to be a member of the Fok clan and then one day it all changed when Fok insults Xiong Ba the leader of one of the most powerful martial arts sects. Hung sends his assassins to kill the family and as the attack takes place Bu Jing Yun (Cloud) ides and watches as his loved ones are cut down, again he has no tears to shed instead his heart fills with anger.

Bu Jing Yun (Cloud) set out on his own and soon joins the very clan that had killed his family the Tin Ha Wui. Xiong Ba takes him as one of his on students and teaches him the ways of Cloud Splitting Palm. This is all part of Clouds plan to become stronger so he can finally kill Xiong Ba when he has enough strength to face his master. He specialises in palm styles of martial arts and wields the 'Ultimate Best Sword in the World' (絕世好劍), which he seized from Sword-Worshipping Villa.

In contrast with Nie Feng (Wind), Bu Jing Yun (Cloud) appears cold and unsympathetic towards everyone except for a select few, whom he cares for and respects, but he does not know how to express his emotions. He appears brutal and ruthless for his practice of killing every single opponent in a group of foes. He is also nicknamed the "God of Death Who Does Not Cry" (不哭死神) because Bu Jing Yun (Cloud) did not cry even when his father died and evokes a feeling of death and strikes fear in the hearts of many.

The figure comes with Bu Jing Yun signature 'Ultimate Best Sword in the World' (絕世好劍). Other accessories include optional hands and clear stand. Great figure sculpt from Bu Jing Yun (Cloud)'s emotionless look as he is nicknamed the "God of Death Who Does Not Cry". Bu Jing Yun has shorter hair compare to Nie Feng (Wind) approximately shoulder-length hair that is sometimes shown as slightly curly. Bu Jing Yun (Cloud)'s attire is less traditional, not shy to show his muscular tall build. He is often seen wearing a cape, which is probably his most noticeable piece of clothing. The drawbacks would liking be the awkward ball joint on the elbow, the legendary beast tattoo on his Qiling arm 麒麟臂 isn't as impressive or sharp enough and lastly the weight of the cape tends to throw the figure off balance.
at March 28, 2018

絕世好劍 is definitely one of the best design sword in Hongkong comic market.

>> Desmond
Yes bro, it still remains as one of the most iconic and famous sword in Chinese comic. Cheers!