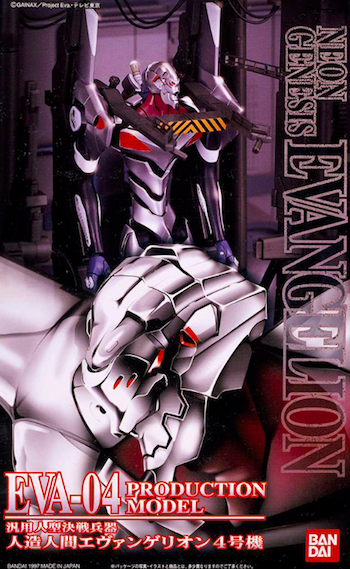 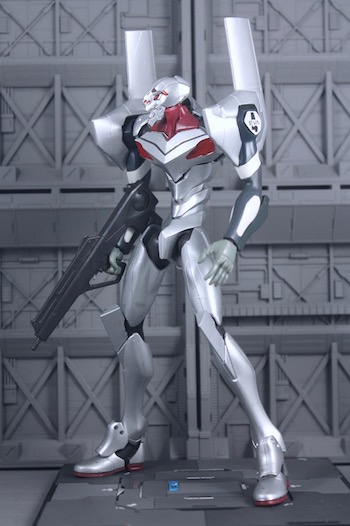 Stand approximately 15" as tall as most 1/100 scale Gundam 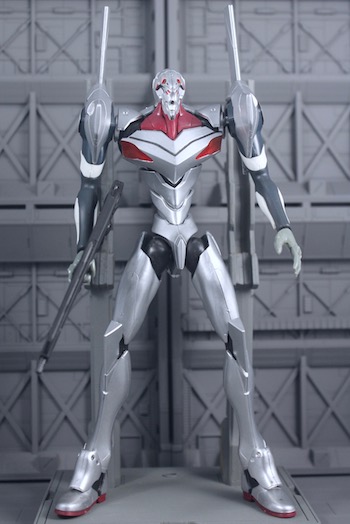 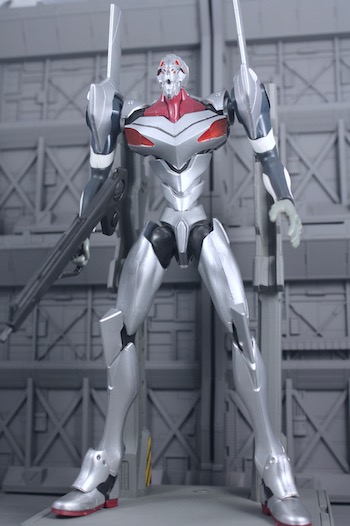 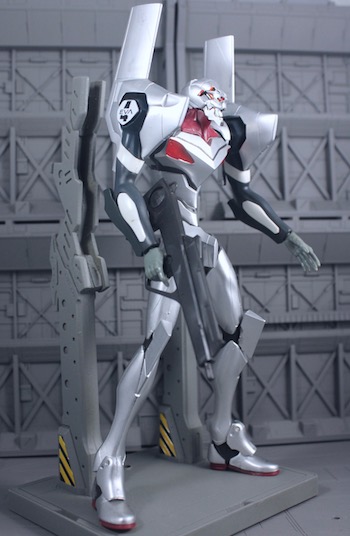 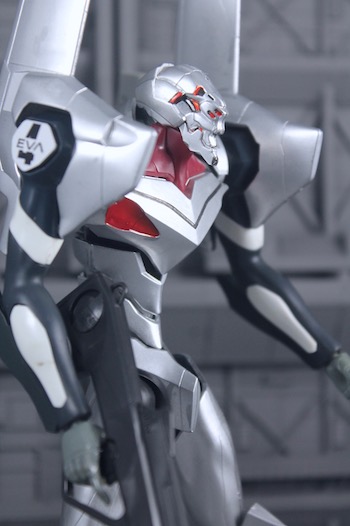 Some red markings are added to head area. 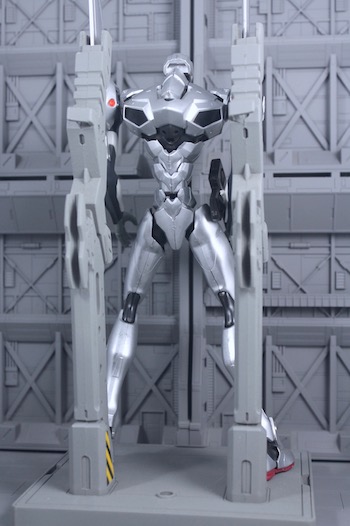 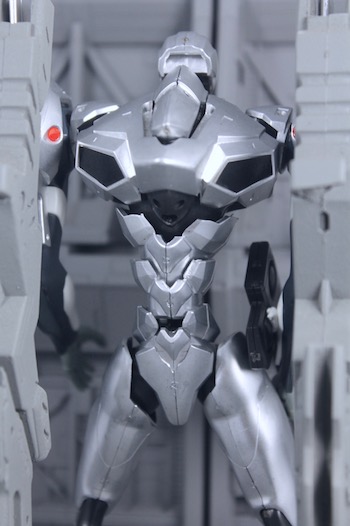 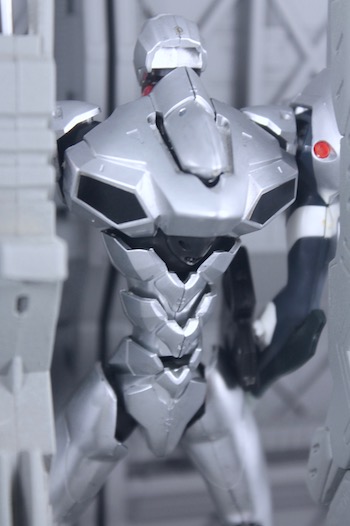 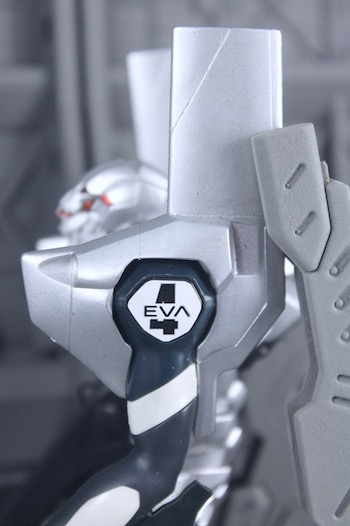 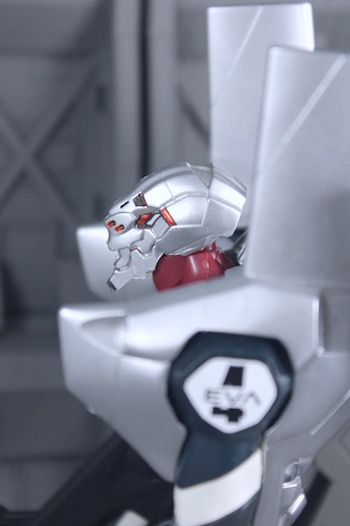 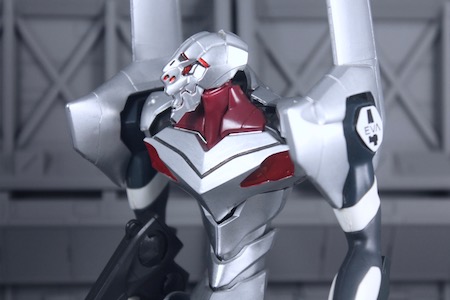 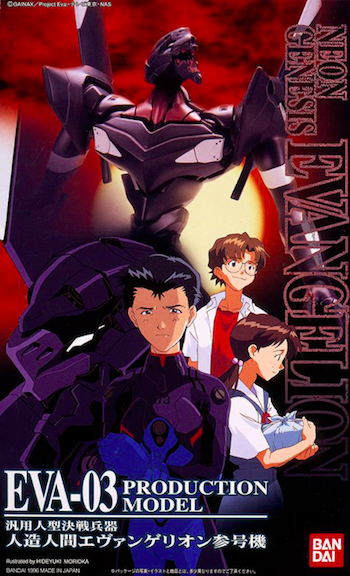 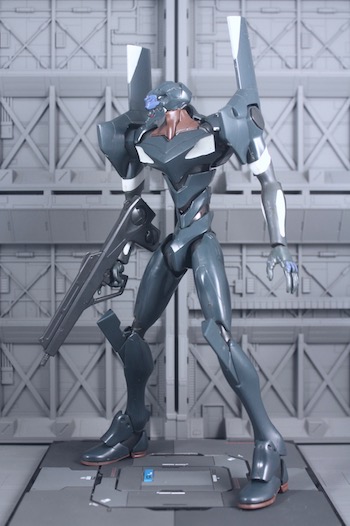 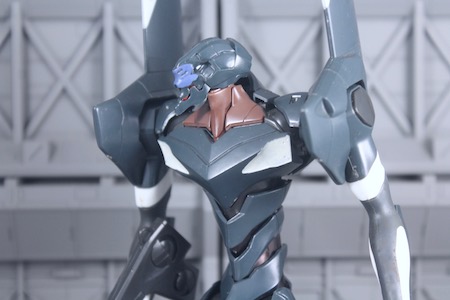 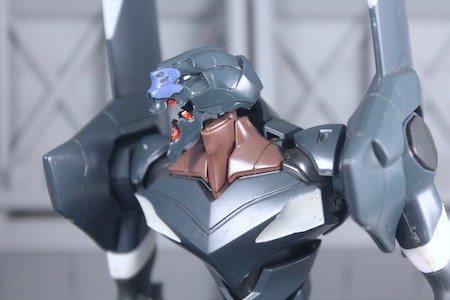 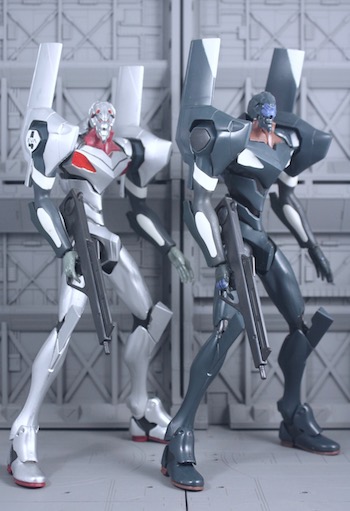 To be honest, I didn't have enough pics for LMHG EVA Unit 03, therefore I have combined both EVA Unit 03 & 04 model kits in a single post. Coincidentally both units are fictionally built by NERV Second Branch in Massachusetts, USA, Evangelion Unit 03 is one of two units built with the Second Production Model design. It has a brother unit aka Unit 04 since United States government insisted on having the rights to build Unit 03 and Unit 04.

Unit 03 - The pilot assigned to Unit 03 is Tōji Suzuhara and is seen on the box artwork. Unit 03 is given a darker and more sinister appearance. The head is designed a bit different from the earlier models with bald head and more elongated chin. I have added white paint to the chest and red on the teeth to spice it up a little.

Unit-04 - While it is never seen in the series, promotional materials and other appearances make it appear to be a silver version of Evangelion Unit 03. IMHO, I like the chrome is cool and usually model kit with extra chrome coating cost more in general. White stickers with no. 4 were pasted on the upper arms. Some red markings are added to head area.

Bandai has released a fair amount of model kits based on the Neon Genesis Evangelion franchise, starting in the late 90's, shortly after the show finished airing. These kits are akin to Gunpla models. They are as pre-painted tray of parts ("runners") that snap-fit together. These kits, being a bit old, requires a lot of stickers and/or painting to be perfectly anime accurate.

Even in HG, this kit is kind of tall and stand approximately 15" as tall as most 1/100 scale Gundam. Gotta give some leeway to  this old pioneer EVA kit using those rubber-like-sleeve encapsulates the joints in the forearms producing the iconic powered suit appearance of the Eva units. The one drawback is the articulation as the elbow can't be bended which limit the poses of Unit-01 holding its weapon.
at March 30, 2018

It’s curious that these units 03 and 04 were involved in not fully explained incidents with angels and ultimately became a new threat for Nerve and the Japanese Branch... The whole story focuses on the latter branch and seemingly other branches around the world were not match for the angels’ invasion.. Besides, you don’t understand very well why these units (03 and 04), that were production models in which the faults and shortcomings of the test units were corrected, were easy prey for angels possession or rather infection... Uhmmm, but you don’t expect from the Evangelion Series to be easily digested, are you ???... =OOOOO

I didn't see these two color schemes for this robot series before...

>> Chrismandesign
There will be less information of side cast like these especially if the Mecha is a variant of the anime but featured in side story or game. Some will see them as good to have for collectibles but not essential.

>> Desmond
Unit 03 appeared briefly in the T.V series and Unit 04 is more of a variant in game.