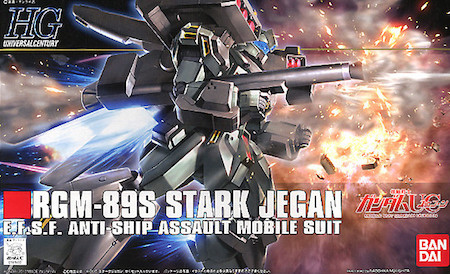 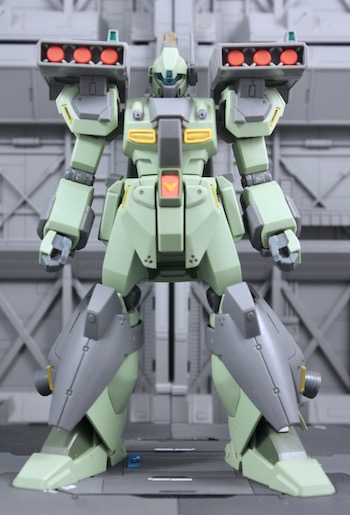 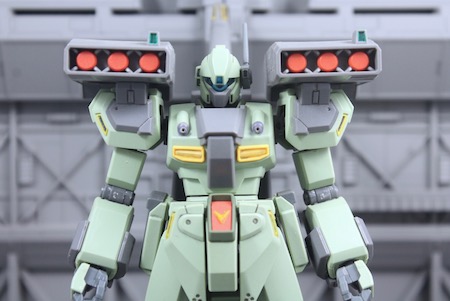 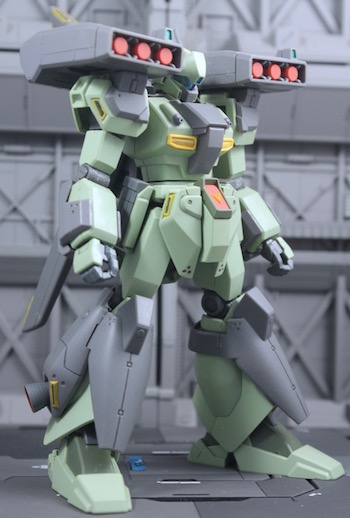 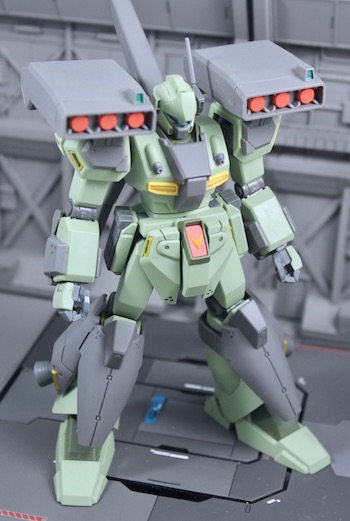 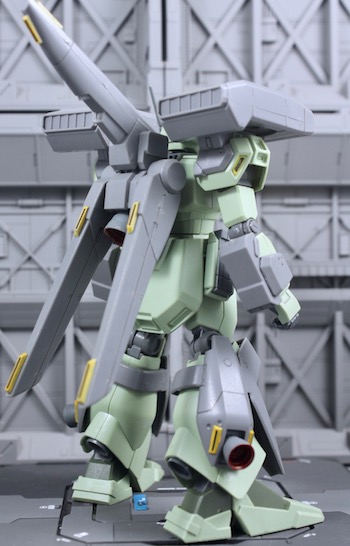 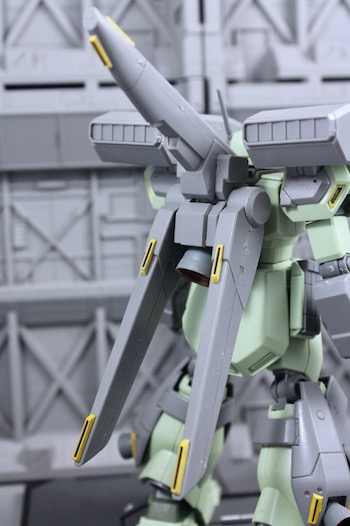 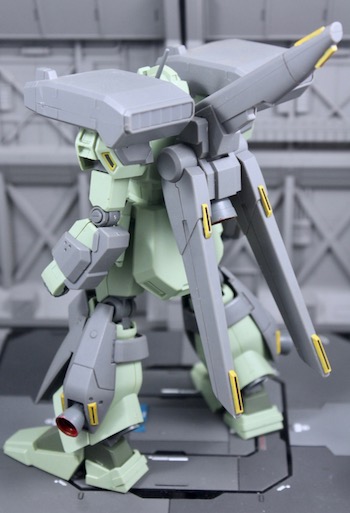 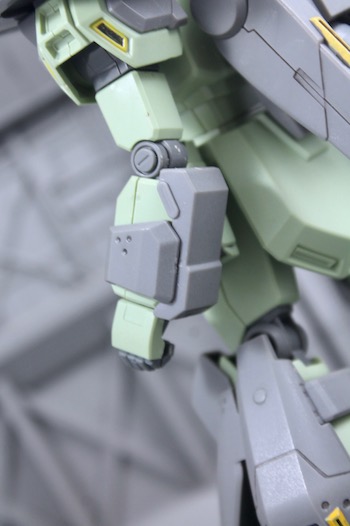 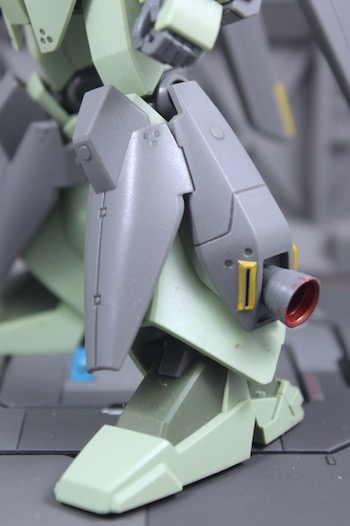 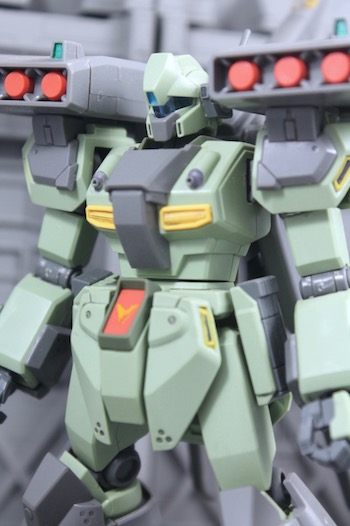 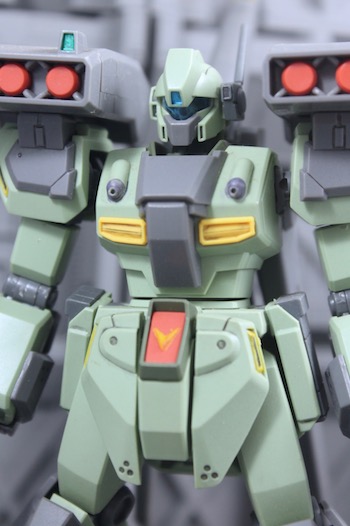 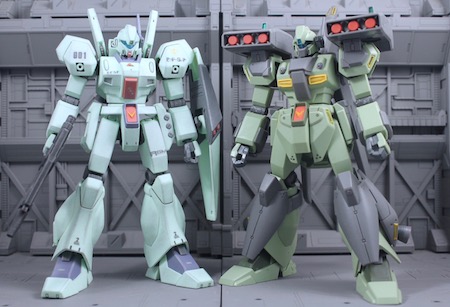 Standing side by side with HGUC Jegan RGM-89 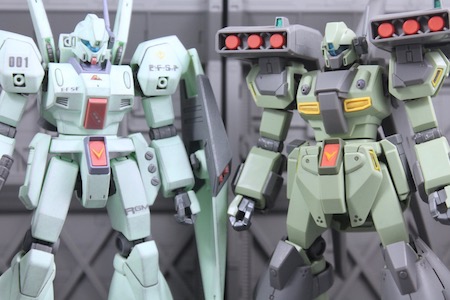 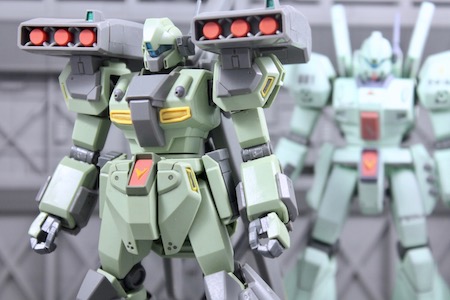 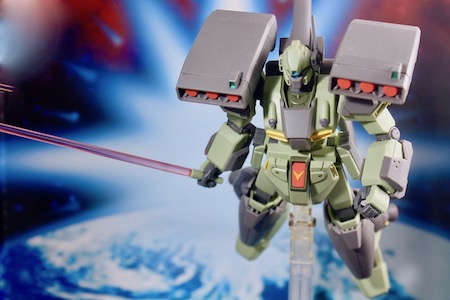 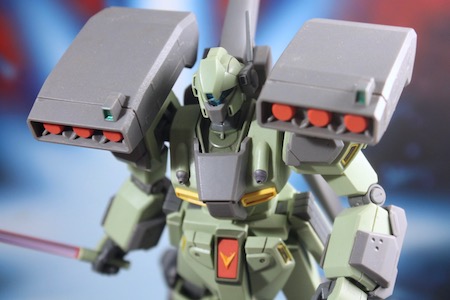 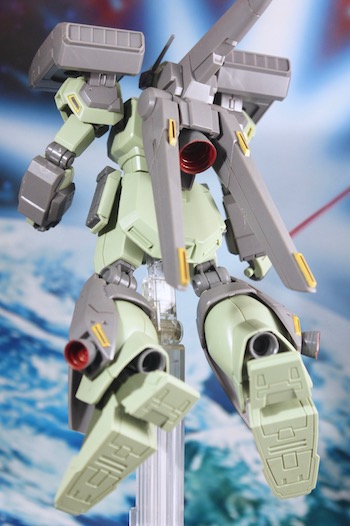 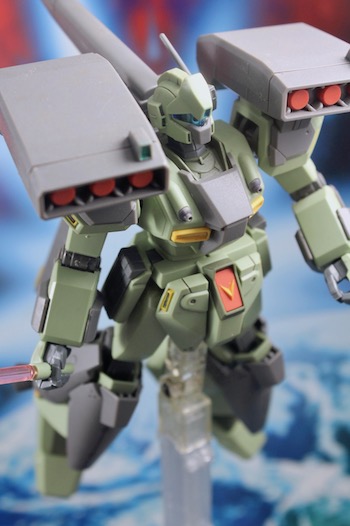 I was really thrilled when I first saw Stark Jegan appearance in the first episode of 'Mobile Suit Gundam Unicorn'! It's like Jegan having an awesome upgrade with extra armour plate, more maneuverability with fin backpack unit on the rear and heavier armament like those anti-ship shoulder mounted missile pods. The only question is who's the pilot and I wish there is background to the courageous pilot, charging towards NZ-666 Kshatriya﻿. A special version of the RGM-89D Jegan D Type, the Stark Jegan has improved performance due to the additional armor and thrusters. The heavily armored Stark Jegan missile pod inherited the functional concept of the RGM-86R GM III. As far as color scheme goes, Stark Jegan is from the London Bell spec ops unit, more real life military colour on duller side.

The gunpla is price worthy for more material for a chunkier proportions in comparison to the ant regular GM. The shoulder mounted missile pods, the forearm plate gear and leg gear are detachable to the gunpla Stark Jegan. Apologises for not put much effort building this kit, poor nip trimming there, just top coat after building and adding some red and yellow touch-up using Gundam markers. The model includes a beam rifle, a saber or two and a bazooka. Overall, thumbs up to this 1/144 scale kit, successfully capturing the details, look and proportions of the animated version very well with good articulation and a more aggressive, beefy exterior. Here's a link to my previous post on HGUC Jegan-89.
at April 01, 2018

The legs are big and rough for this series??

>> Desmond
MS in Unicorn Gundam series is biggest for U.C timeline and Stark Jegan legs are certainly been beefed up : )

Both Jegans look very cool and much better than the original RGM-79 of which I think the first are an evolution, albeit I’m not pretty sure, since probably we are talking about different timelines... The dull green seems to me more appropriate for a combat unit than the light green of the Jegan RGM-89, but the latter doesn’t look bad at all !!!... =D

>> Chrismandesign
Stark Jegan being the add on to the originally cool basic design gave it a big boost. Agreed that the dull colour is more suited for combat.

Jegan... one of those grunts MS that I like but never had the chance to buy/build them yet. I think I prefer the basic standard Jegan with the basic standard backpack. This particular unit have that extra long thruster thingy at the backpack, I don't really fancy those things but then again those are part of the performance improvement mentioned in the anime. The shoulder mounted missile pods is cool though, I like it!!!

>> David
It’s true at times the most simple and basic design is all we need. I like the basic too and won’t mind that enhancement after having the basic. If I’m to seriously choose between the 2, I will go for the basic just like you : )