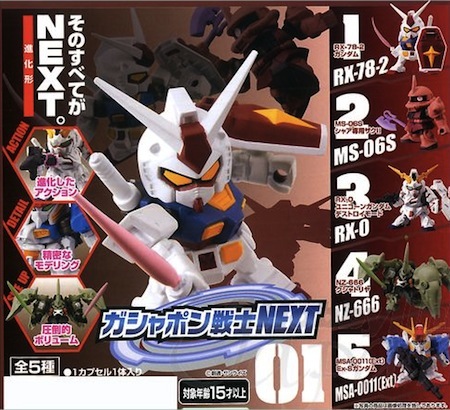 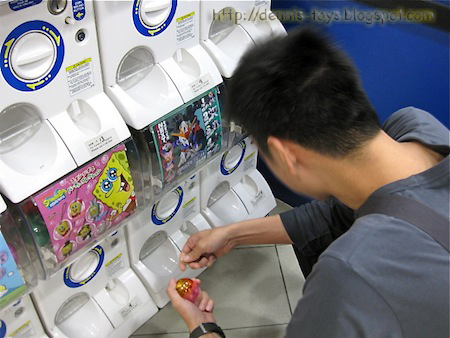 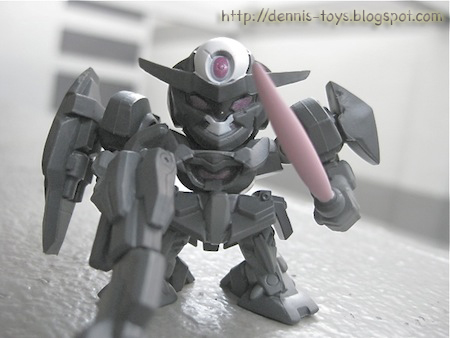 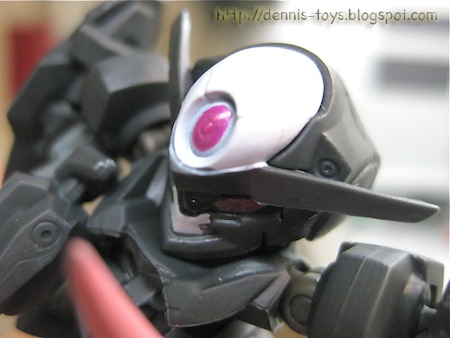 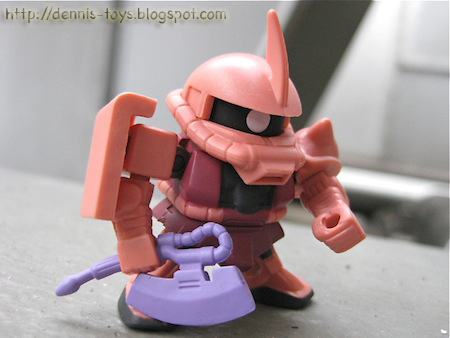 The story begins with the legendary Guy 'A' aka Alfred who possesses the plus 5 level Gunpla cutter. One fine day, Katsuden and Guy 'A' passed by a region of capsule machines when Guy 'A' shifted to trans mode and changed his ten dollars note to coins. Even the cashiers felt the strong aura but there's isn't anything he could do but to comply. Following that, Guy 'A' activated the Gundam capsule machine and in only three lucky tries, he got two of the gasaphons he wanted. Isn't that legendary? Lol....There's more to it! Guy 'A' rush to me that next day to announce that these gasaphon ain't just common gasaphon. They came with PC parts to certain joints and requires simple assembly. I bet Guy 'A' had used his +5 level Gunpla cutter again. Ha! Ha!

Please note that some of the scenes are just coincidences and part of plot had been fictionalized.
at June 01, 2011

the best of this group is definitely the zaku =)... BTW, that +5 level Gunpla cutter can, u know, cut as the normal cutters do ??? HAHAHAHAHA i mean, it seems that cutter can do everything less... XDDDDD

Zaku is not Alfred's hot fav among the gasaphons but it turn out to be the cutest of all. Actually, the +5 cutter is just any normal cutter except it's of better quality, primer cutter from hobbyshop. Lol... Btw it does make cutting spur easier.

EPIC,, he got his unicorn n zaku just for 3 tries 0_O
LOL this +5 level Gunpla cutter is such a strong weapon for him :D

Haha... I have to agree that the Zaku is the cutest among them. What's more it comes with a purple axe XD

>> RiP666
I guess luck is really on his side. He wanted the Sentinel Gundam a lot too and will try more. Hee! Hee! The +5 level Gunpla cutter is his strongest weapon so far. Ha! Ha!

>> Gundam Gunso
Red Comet Char's custom Zaku is the epic of all!

Perhaps the Gunpla cutter adds not just a +5 Gunpla-builder stats but also a +10 to "Luck" :-)

Now, we are really talking like gears from RPG games that boost up stats. Lol...

These set of Gasaphons are really nice! Glad your friend managed to get what he wants after just a few tries! Hes so lucky haha..

SO not fair, I know both me and my son would be dropping coins in to try to get them all!

woow,, I hope he will get his sentinel soon,, and he will be level up :D

Zaku is mine fav. LOL

Very cut! I liked this blog. Check out mine at http://www.healthcaresupreme.com

>> chubbybots
He told me if he got any duplication, he would give it to me. I guess he's good and i'm not so lucky. Ha! Ha!

>> bluedrakon
At the end of the day, it's definitely the process of turning the capsule machine that's gives most thrill and excitement. The outcome is a factor too! Hee! Hee!

>> RiP666
I bet Sentinel Gundam will be a bigger in size that will add more value.

>> Arnu619san
Thank you for visiting my humble blog.

Very nice review Bro ^^! I just got some of them, like Quanta, Unicorn, AGE-1 Normal, GN-X IV, etc :). Please feel free to visit my blog alos at http://suitincase.blogspot.com/. Thank you ^^.

You are quite a collector yourself. Thank you visiting and following my humble blog. I will pay your blog visits. Cheers!

You are very welcome, Dennis. Nice to see your blog - it is so very good blog & sugoooi ^^! I am impressed with your blog!