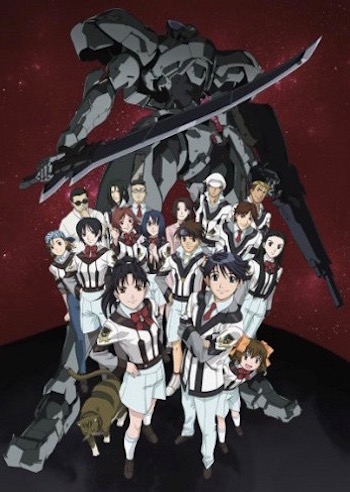 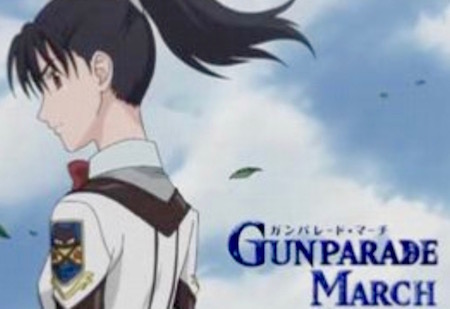 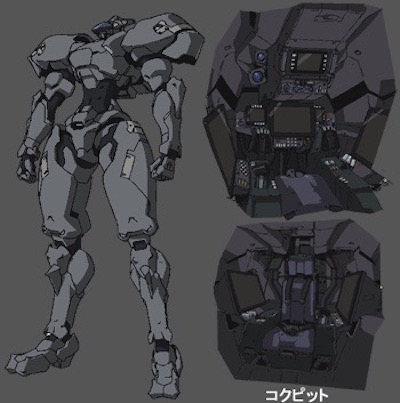 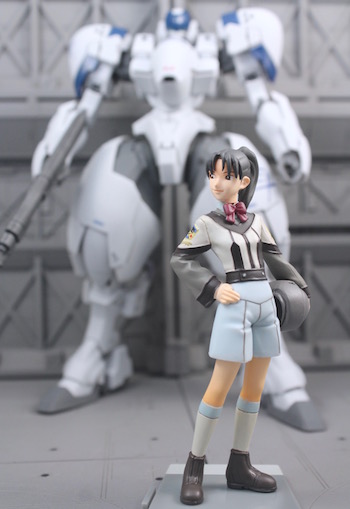 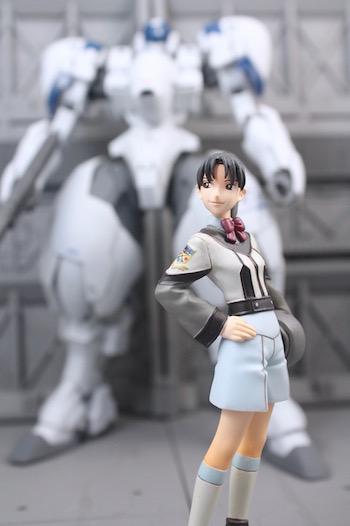 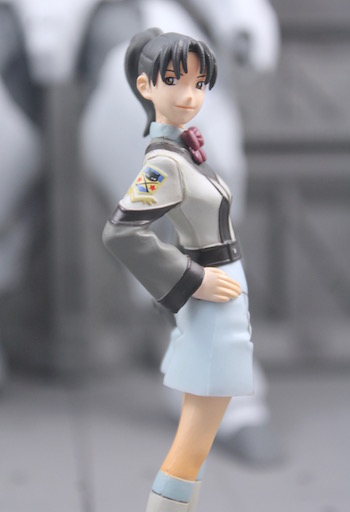 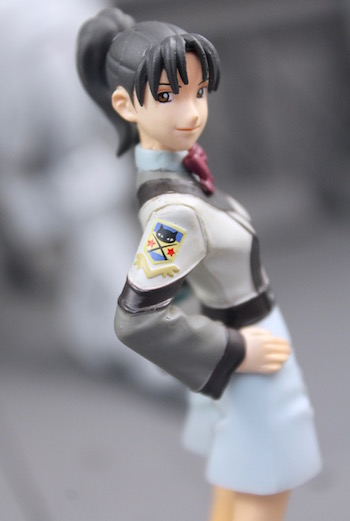 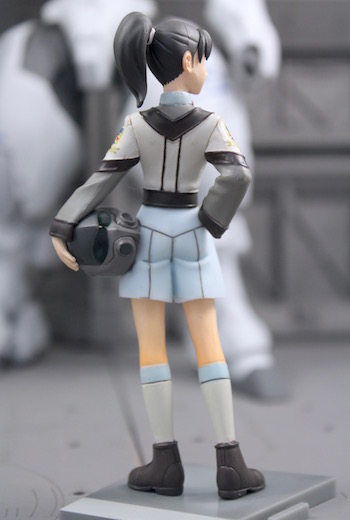 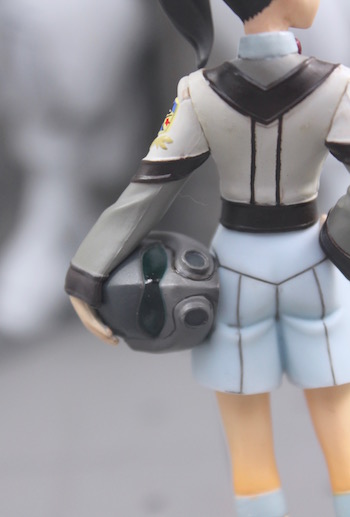 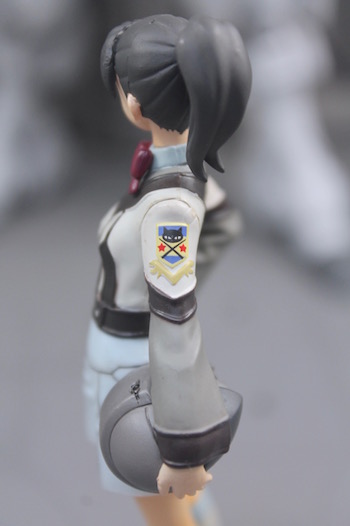 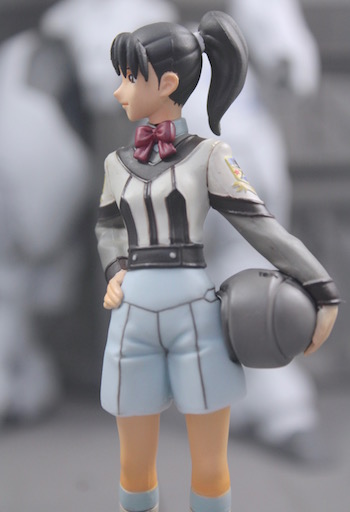 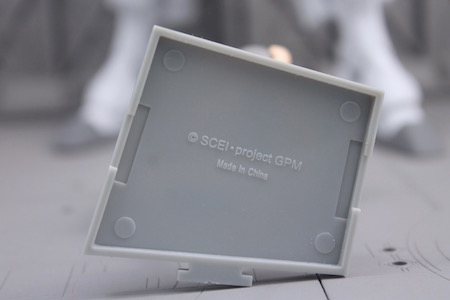 Based on the popular Playstation videogame Takidou Gensou Gun Parade March, is an old school 12 episodes anime series originally aired in 2003. A mecha anime about alien invasion where humanity is pushed to their limit, only to pin their hopes on high school students as pilots to their final trump card mecha unit known as Humanoid Walking Tank (HWT). No toy or model kit on the HWT has been made so far thus this trading figure of the female protagonist produced by Kotobukiya, best connects me to the anime.

Shibamura Mai was a transfer pilot to the 5121st Platoon. She's the best from the academy with her piloting skills as fine as her beauty. However, her teamwork is relatively poor as her social skills drag her down resulting in poor coordination. The figure portrayed Mai in her uniform in jacket, short, hair ribbon and bow tie. The emblem on the upper arm is sharply painted. Released together with 'One Coin Figure Series' in a set of 12 pieces, this high quality 11cm, Shibamura Mai figure is my favourite among the rest because she's posed in confidence and holding her pilot helmet. Figure needs the base stand to hold up and the stand purposely connects to the other figures in their series. I'm using Power Doll as a prop in this post which in my opinion a close resemblance to HWT. Anyway, Power Doll can only be piloted by female. Hehehe....
at May 10, 2017

I really like your blog, the information you’ve provided on the website is just accurate. If you guys want to know more for the same you can visit this awesome website www.helpadya.com

Didn't expect the series got some figure on it. Watched the anime a while ago and my impression from Gunparade March is that it is one of the series that Muvluv Alternative borrowed its element from. If i had time maybe i will get a copy from PSN one of these days.

I was not aware that Kotobukiya actually had a line of trading figures and obviously they don’t promote this line so much, just because they move usually in a higher level market... In this sense, I find very appealing this figurine that boast a good level of detail, finishes and the usual charm of female characters !!!... However, the anime series or the videogame to which this character belong are completely unknown for me, yet the allusion to Muv-Luv (that I already watched) gives me a good idea about its plot... =D

The anime figure is very well duplicated especially her face :)

>> Yami
It's indeed that Gunparade March has a good concept which I agreed in some way Muv-Luv shared some similarities and had done better in terms of popularity.

>> Chrismandesign
That's was a short duration when Kotobukiya ventured into trading figures on mecha. Kotobukiya line of trading figures are usually high in quality as well as sculpt and exceeded expectations. Some of those on Panzar Galient and Super Robot Wars are among those highly sought after.

>> Desmond
Yeah bro! For a trading figure of that size, the details and sculpt is considered on the higher end.