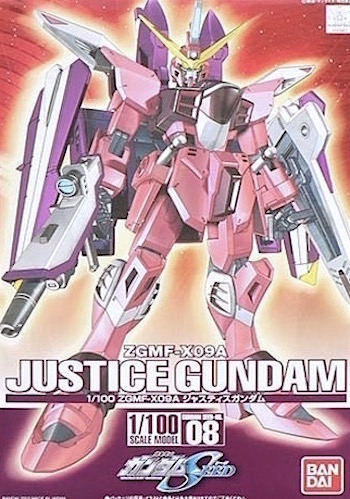 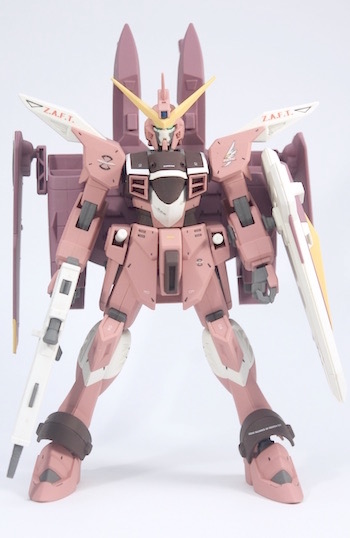 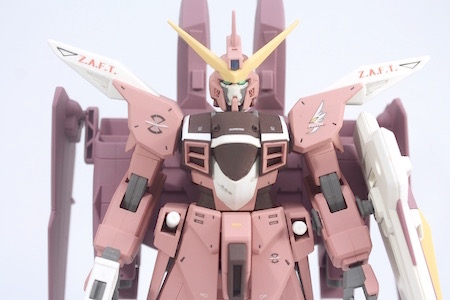 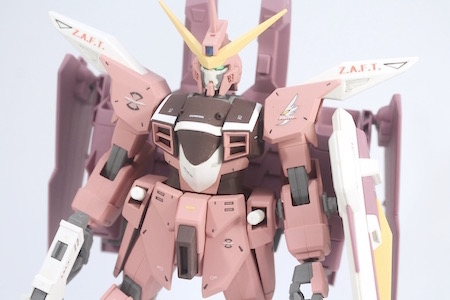 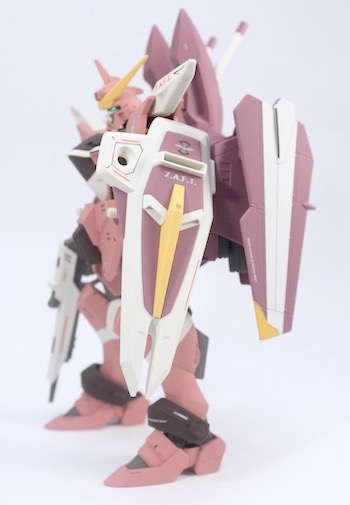 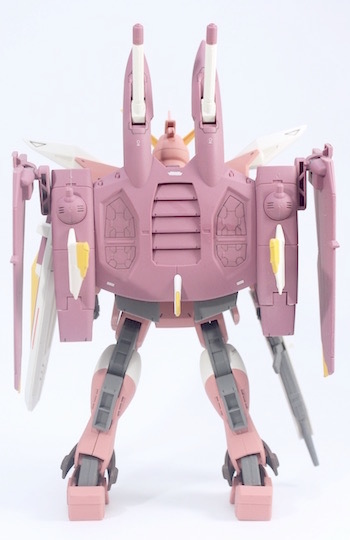 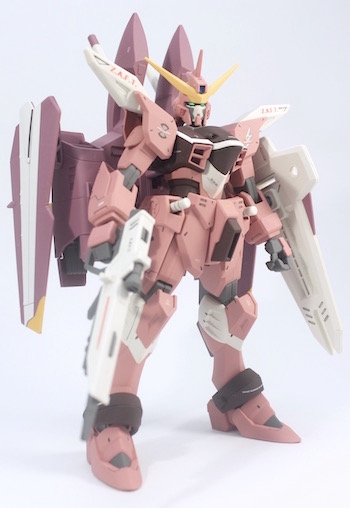 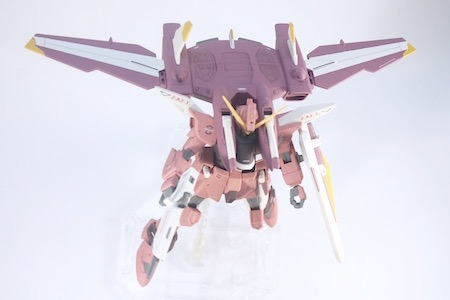 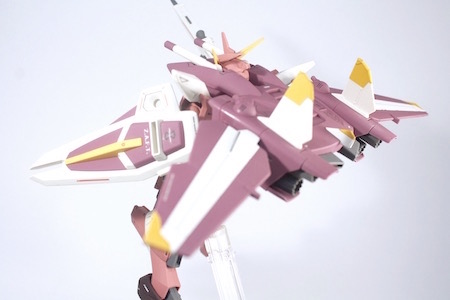 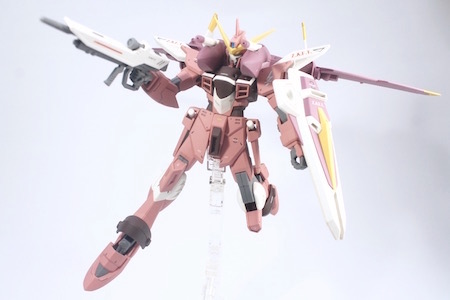 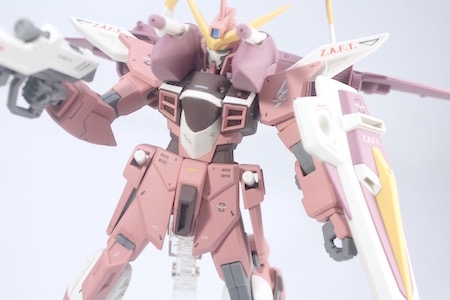 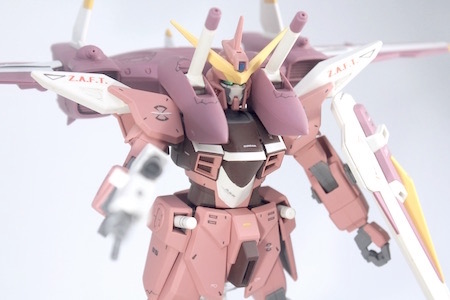 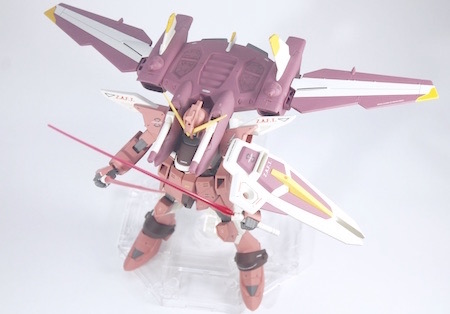 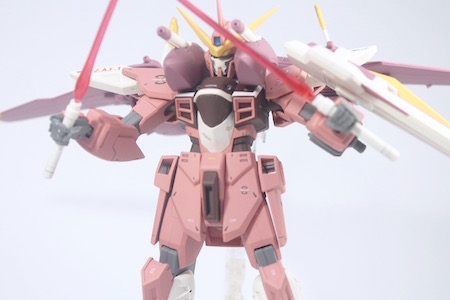 Vintage kits that was first introduced together with the anime 'Mobile Suit Gundam Seed'. One of my older collection with lots of charm back then. Now it's out of my inventory in the care of a new owner, part of my plan to down size my Gundam Seed display. Simple touch up to this kit by adding extra water slide decals, drawing panel lines and matte top coat. It's still cool by today's standard, just that it looks a bit bulky when compared to the improved Master Grade version. It's still pretty posable and ideally in flight mode with the use of base stand sold separately.

This kit was kept very long and I couldn't find the double ends saber handle as well as the unpainted Cagalli Yule Athha. Since Bandai, had included the pilot, Athrun Zala in the Aegis Gundam set, they threw in his girlfriend as the bonus figure instead. Fortunately, the beam rifle and shield are still intact. The rifle can be anchored at the rear. The sharp edges in white, the shoulders are supposedly beam boomerangs however Bandai didn't made it detachable as a gimmick.

IMHO, the most outstanding and distinctive feature of Justice Gundam definitely is definitely the Fatum-00 backpack. The the anime, Fatum-00 either attached to the rear as Aile Flight Pack or act as a hovercraft for Justice Gundam to stand on. One problem Fatum-00 posed as a kit is that it weighed the figure down so the figure tends to fall to the rear.
at May 14, 2017

My first impression is the pilot for this Gundam model should be a female character because of its overall colour scheme :)

Rhe mecha design for Gundam Seed was revolutionary for its time and I think it marked a before and after in the Gundam Series... Many distinctive mobile suits were created for this timeline and they remain some of the most daring in terms of color schemes and some of the most armed-to-the-teeth units available in the Gundam universe... I still find them very attractive in spite of their bulkiness... I know about the issue with backpacks in some Gundam kits that I own, but with a proper display base, you can avoid it and they look imposing with all those extras !!!... This publication is a great farewell for this unit that was "serving" in your "army" for a long time as you mentioned !!!... =D

I think the era back then it was a different design style. I am certain they may yet be a re-release again for Seed in time to come. So no point holding on vintage set.

>> Desmond
We should limit our imagination to colours or perhaps gender with colour. It's metrosexual lolz ^_^

>> Chrismandesign
Consider this post a farewell to this Gunpla. It has serve me well for a long time. I must agreed that Seed gave birth a many Gundam and set a platform for multiple Gundams fighting one other, not to include G Fighter lolz..

>> Leon
The for Gunpla seems never end and once glory release got overshadowed by it successors. It's a mixed feelings..

>> Stanley
Yeah, the colour somehow added that uniqueness to the Gundam.