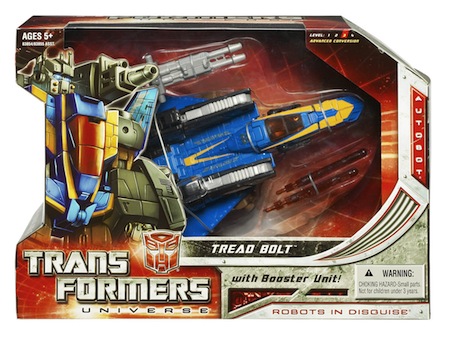 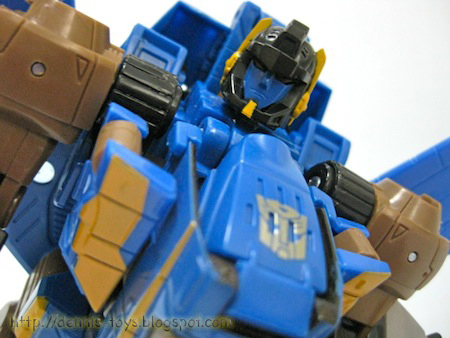 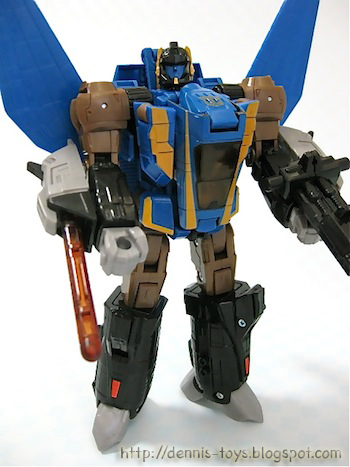 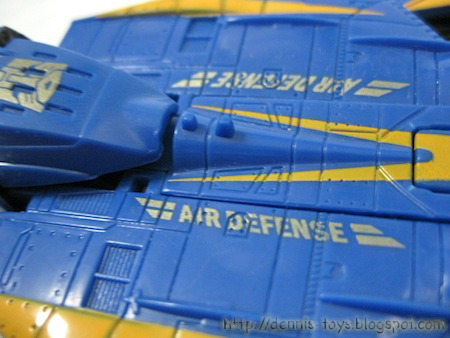 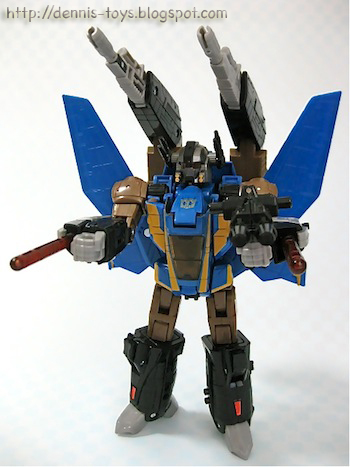 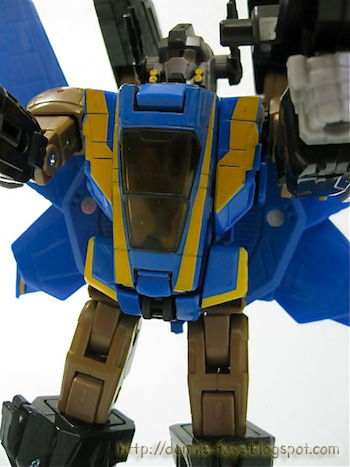 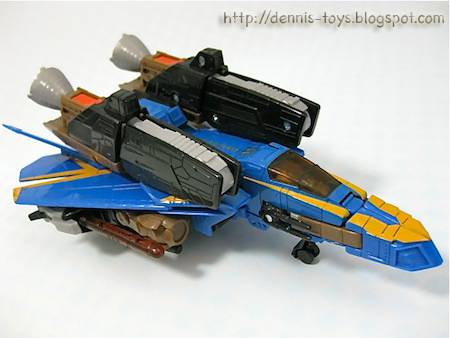 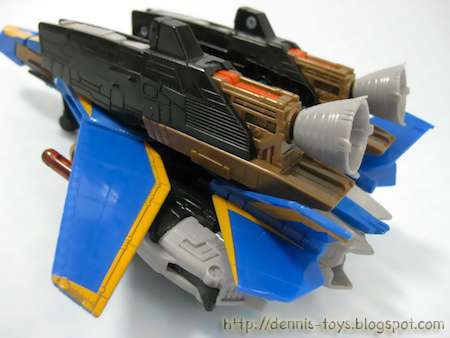 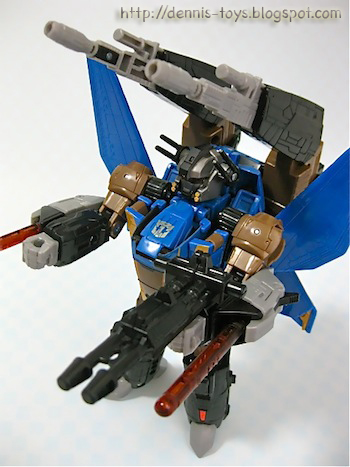 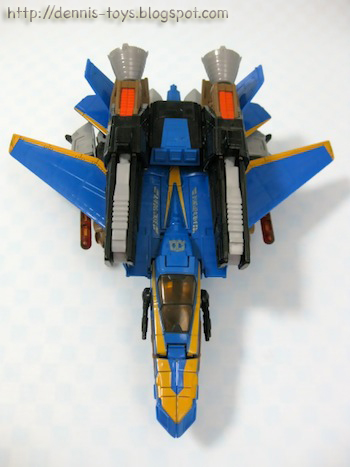 This Autobot released in 2008 as Tread Bolt under Transformers Universe toyline is another of those many variants made from the mold initially for Henkei Jetfire. Tread Bolt not only takes the mold of Jetfire, the weapons are identical too. Transformers Universe Tread Bolt toy was released based on the same colours of the first Tread Bolt that's supposedly blue & yellow. This colour scheme kind resemble 'Blue Angels' acrobatic planes. Released in a packaging similar to to Transfomers Classic Jetfire/Skyfire, the toy also comes with removable add-on helmet with the side guns becoming blasters mounted on the sides of the nosecone in plane mode. The toy's add-on booster unit that's allow to flip and extends its cannons accessibly in both modes. Universe Tread Bolt can knock out its enemy using forearm-mounted spring-loaded missile launchers.

this new scheme is better, the brown perfectly match with the blue

That's cool...
but my target this year is not
Transformers Toys...

>> Tachikawa
Me too! But most everywhere I go, I see Transformers toys. Hee! Hee!

Tachikawa... r u serious ??? none Transformers ??? don’t b cruel =PPPPP... Certainly this figure looks amazing, plenty of weapons as i love & i guess this reedition improves the articulation & detail... never seen before & in our local market, not even in my dreams XDDDDD

I think Tachikawa san is more of an anime figurine and Gundam guy. I must say the modern TF toys have been outstanding that's hard to resist.

I like the face changing on this guy. Pretty impressive

Have I ever told you like I love planes - especially Transformer ones?

This on really is armed to the teeth as well

>> mangyver5223
I prefer it without the mask so the head don't look too blocky.

>> bluedrakon
I know you have been to airfield and have G1 jetfire. I guess these are indication of love for plane. Hee! Hee! Glad you like this TF too! Oh I remember you ever blogged about a TF plane recently too!

wow, a super valkyrie that transforms into a freedom gundam, lol just kidding.

Oh yes, the addition cannon busters on the back does look like Freedom Gundam multiple target bust cannons. Sweet!

I can't buy the transformers because my nephew always come to my house...
They do sure love Transformers...
And also, in Malaysia is expensive one...more than RM200 = Sing Dollar 100...

Bro, they have cheaper range too. If not wait for sale that's of real deal.

Very cut! I liked this blog. Check out mine at http://www.healthcaresupreme.com
http://www.sapientarticles.com

These year, I need to stop buying things because I need to use the money to pay for my Car...
Thanks Dennis Senpai...