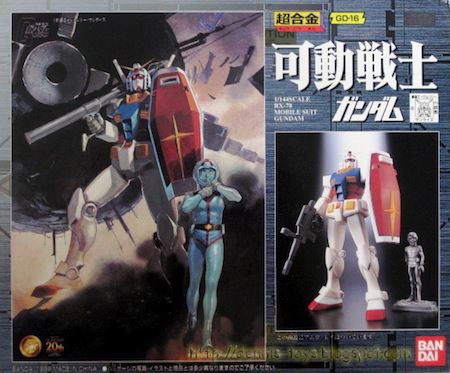 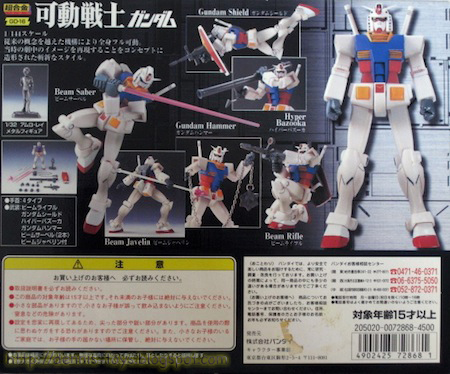 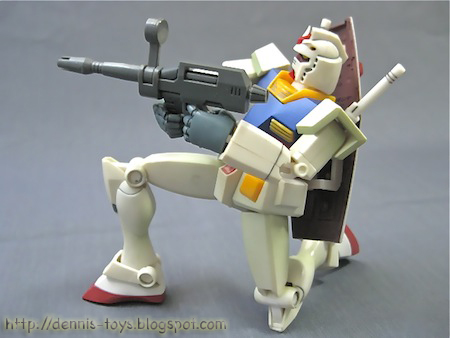 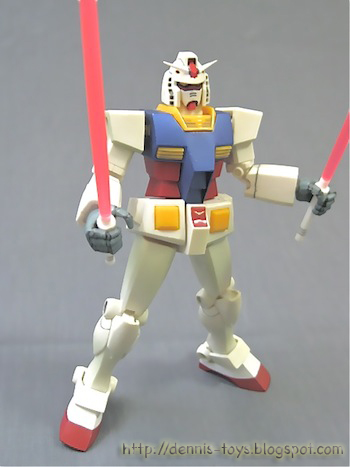 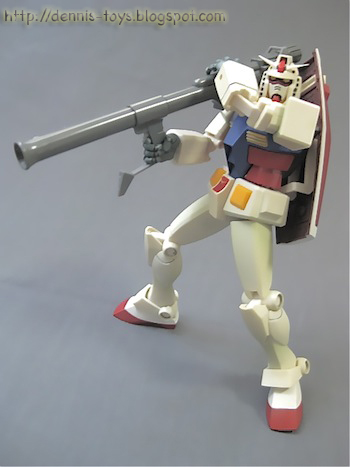 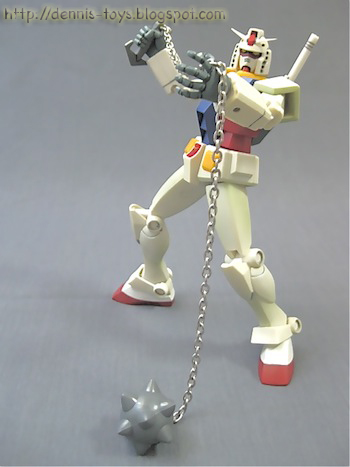 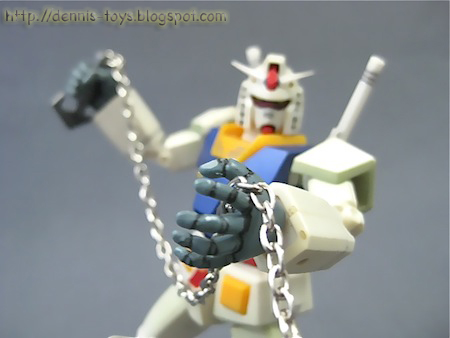 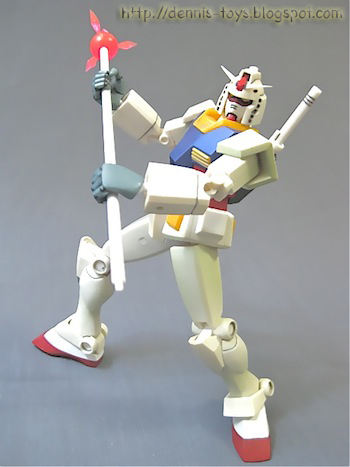 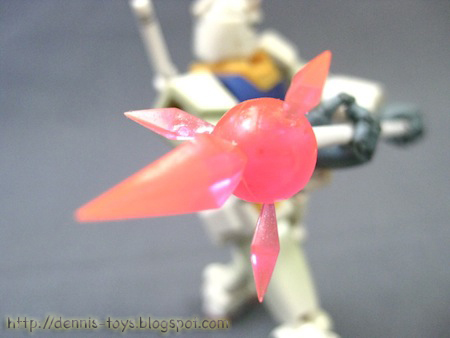 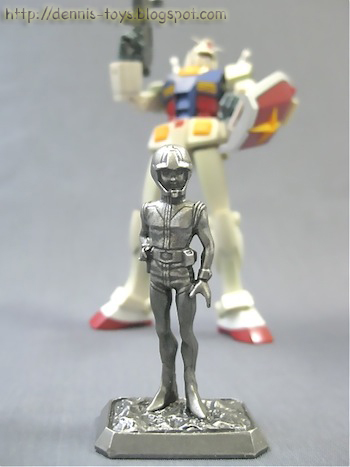 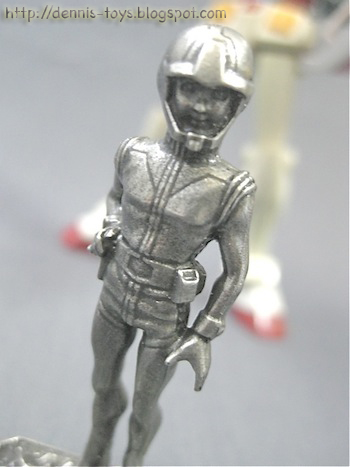 The first Gundam built by E.F.S.F during project V. It was built together with Guncannon and Guntank where they were stationed at Whitebase space carrier. This old-skool-designed Gundam is a chogokin made by Bandai in 2000 in celebration of Gundam 20th anniversary. The first Gundam was created by renowned animator, Yoshiyuki Tomino. The Gundam anime had continued to win hearts of anime fans with followed-up Gundam series like Zeta Gundam, Double ZZ Gundam and many others.

For a toy, this is particularly nimble with many poses from kneeling to dashing. It has got 8 interchangeable hands to suit various stances. All the weapons that RX-78-2 needed including the primitive beam spear and spikes-ball-luckystar-shooter. An illustration of the old-skool OYW first Gundam at its very best. A sweet souvenir that come with the box-set is a miniature pewter statue of the legendary Amuro Ray. The toy and accessories are packed neatly on styrofoam insert, compact with no space wasted.
at June 15, 2011

obviously this chogokin reflects the appearance of the classic first Gundam, specially compared with the model kit versions... it looks more squared & simpler but the poseability is surprising... with those weapons, it looks like a medieval warrior... =)

The design is really old school. Putting it up for display really gives a classic feel XD

I always love the classic collection of yours... where exactly the metal / chogokin part ??

>> chrismandesign
I had sold off this 20th Anniversary Chogokin Gundam RX-78-2 and these are the pics taken before I put it up on eBay auction Singapore. I'm determine migrate into Gunpla hence decided to sell away some of my Chogokins.

>> Jcee
I have a few more variants of the same mold that I would eventually post up. Stay tuned.

Classic piece. Is the gundam diecast or just the pilot only?

Mainly on the chest and foot of Gundam. Amuro Ray is fully diecast. Lol...

Wow, very classic piece that you have..

Nice but I had to part with it to give more space to Gunpla.

It looks so.. OLDSKOOL. HAHA! This version looks exactly like the 1 drawn in the anime

I love the whole look of the figure and the articulation is just wonderful.

Pewter figure is a nice added bonus to this figure as well.

>> bluedrakon
For a toy, the articulation even surpassed HG kits and the pewter figure makes great tribute to Armuro.

How much you had sell it?...
I wish that if I had be faster, maybe I had bought it from you...
Dennsi Senpai...

I sold it for 25 sing. I hope it's not too expensive cos I'm selling at a loss.