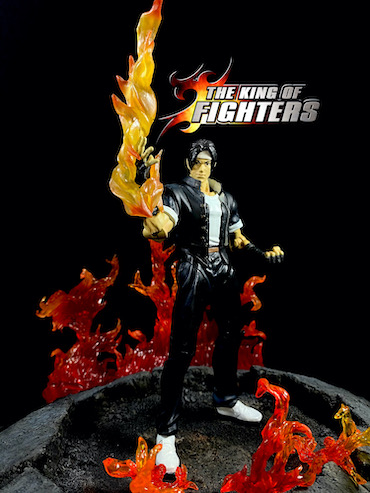 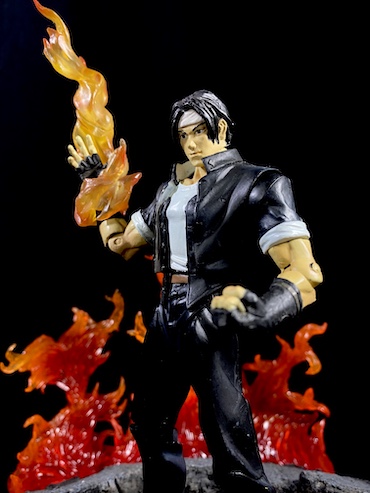 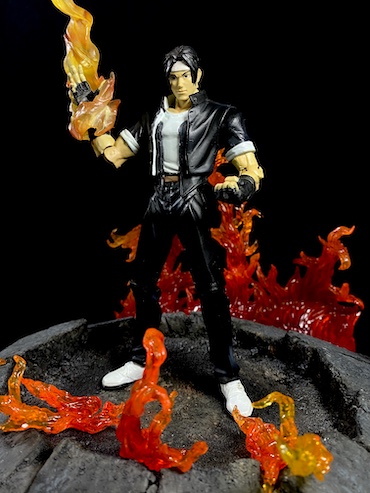 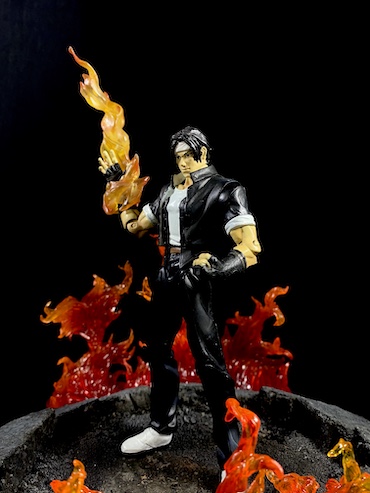 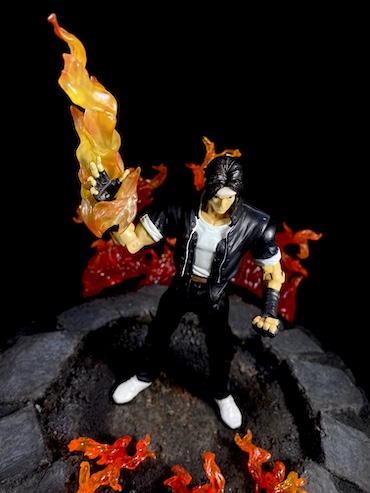 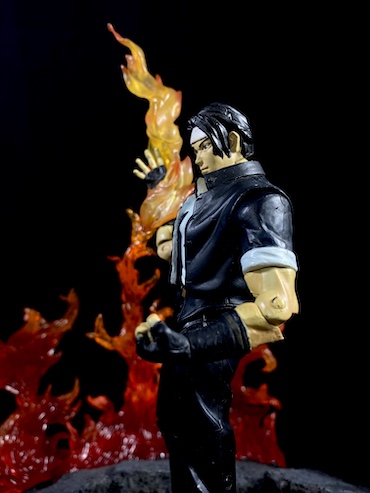 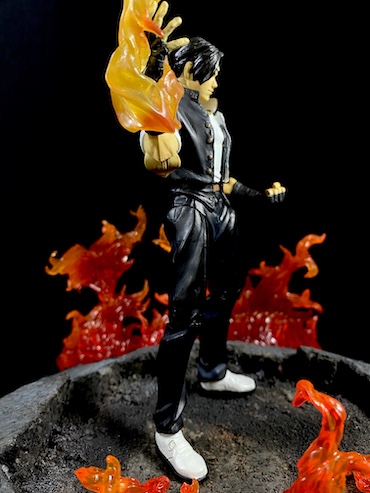 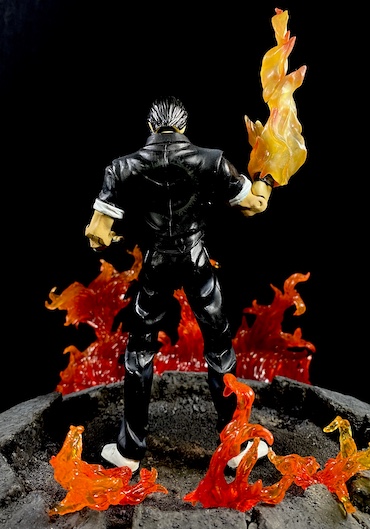 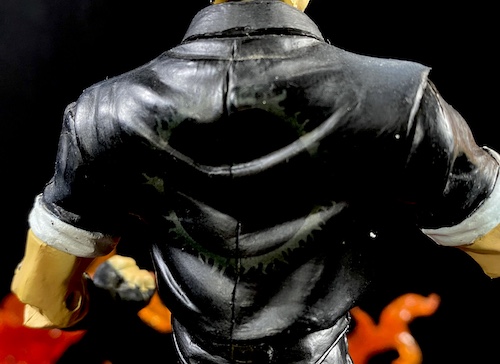 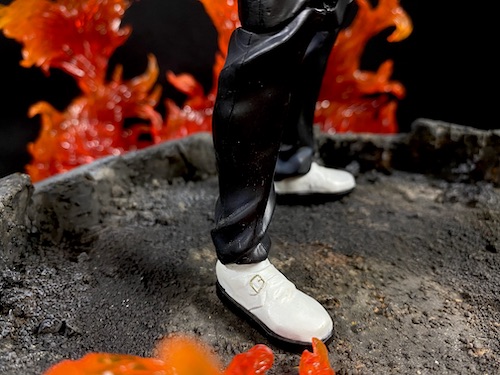 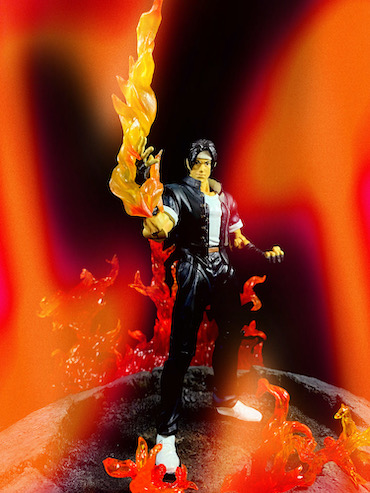 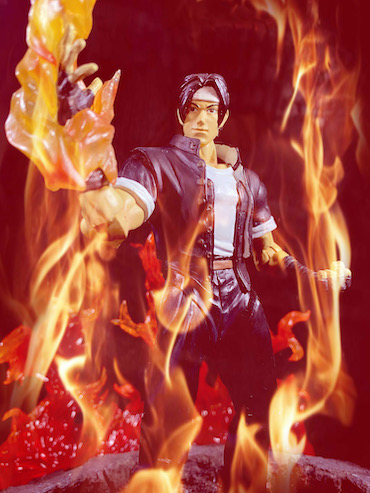 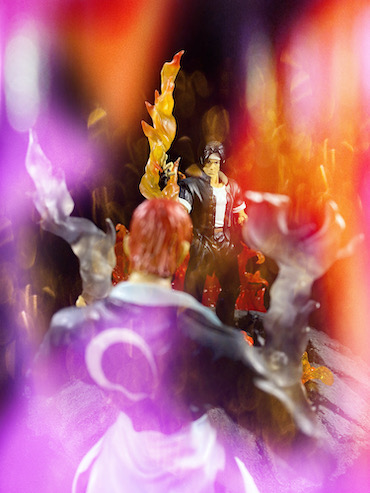 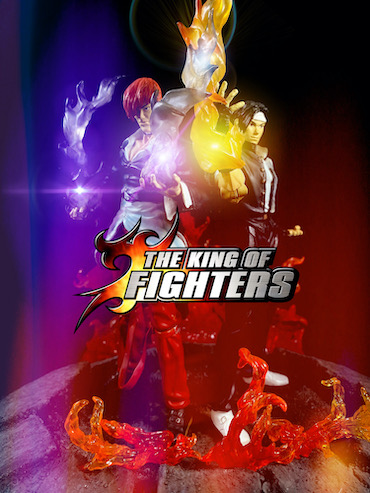 I'm more of a 'Street fighter' guy and by the time 'King of Fighters' released, I'm moving away from arcade gaming. Still, It's hard not to noticed the excellent character designs of this video game franchise. I added these pair of KOF loose 7" figures into my collection when I saw them selling at flea-market. Let's focus on Kyo Kusanagi first, he is the main protagonist in SNK's The King of Fighters video game series. He is inclined to using flame attacks and nicknamed 'Scion of the Flame'.

Kyo Kusanagi action figure by High Dream's is a limited release for Capcom vs SNK 2 series! I understand there are other more detailed figures of Kyo these days such as 'Storm Collectibles' but I have to give credits to the sculpt of this figure as it's more that decent based on the date of its released. Beside this action is within my budget and won't burn my wallet : )

Kyo comes in his trademark High School Gakuran uniform, unfortunately the print on the rear of the jacket is fading. The surface of the figure is also starting to get sticky.  This figure features a 20-point-articulation and IMHO the signature pose which fire engulfed in his hand, looks the coolest. Not to mention the awesome flame accessory attached to his hand. Overall, the figure is very photographic and goes well with Bandai's flame effect parts. I did some photo editing to enhance the pics and I hope the figure is more pleasing to the eyes.

KOF is one of my favorite video games at all times. Iori is my first choice to use in battle mode :)

I was still in the arcade fever when KOF arrived to that platform, but it didn’t manage to get me hooked and I preferred by far the Marvel vs Capcom saga... Yet, I always like to see action figures based on videogame characters, each brand gives them its own feeling and I have to agree that Storm Collectibles offers pretty amazing action figures, but their size and price make them products out of my league for sure...

>> Desmond
I kind of take a back step on KOF... I do like the two protagonists...

>> Chrismandesign
This toy range is not my top priority therefore I didn’t set more budget for Storm Collectibles figures. I do like Marvel vs Capcom as it’s very 2D cartoon style that cool have characters like Ryu, Rockman & Ironman ..