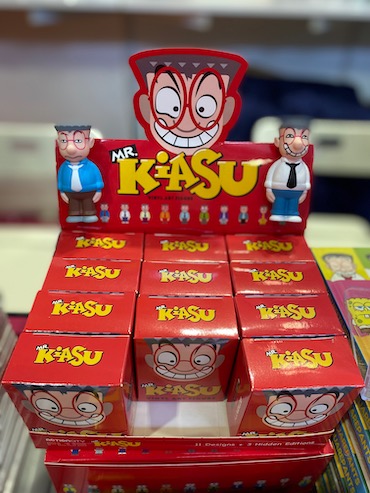 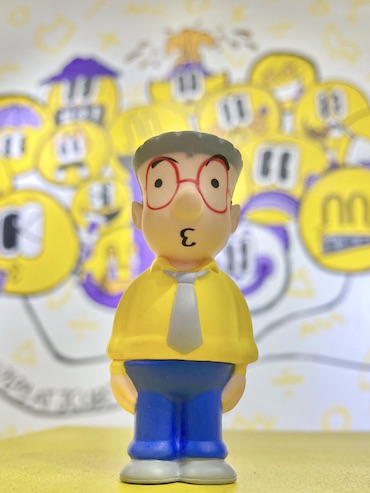 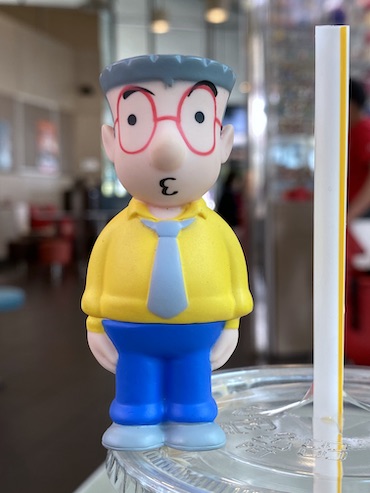 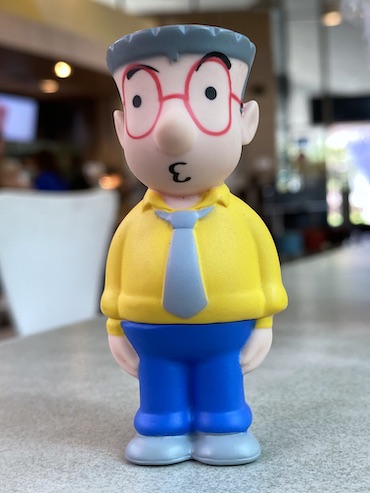 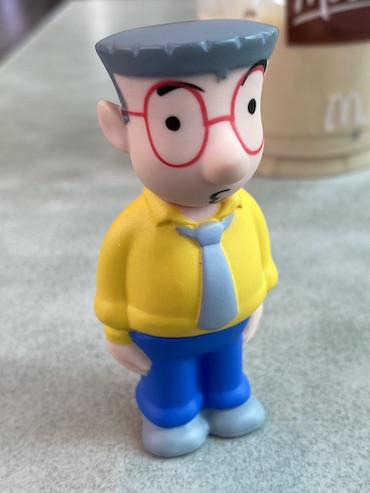 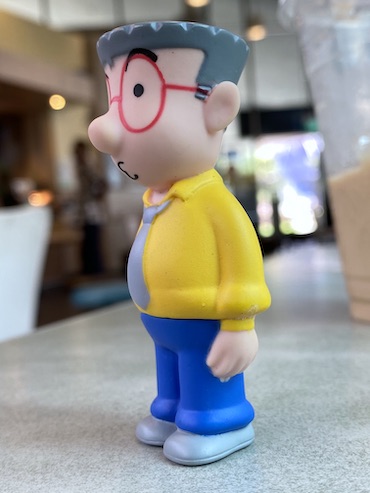 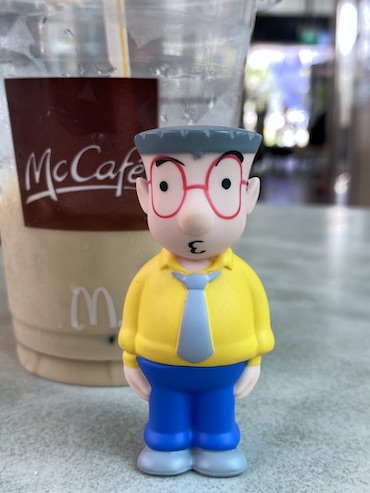 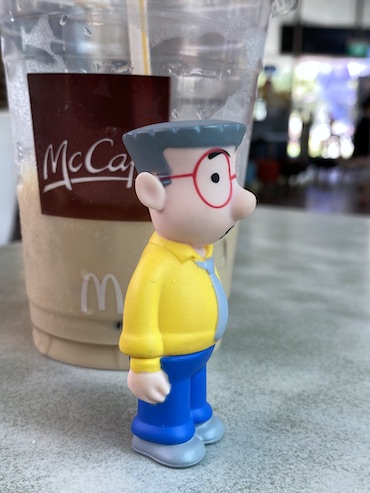 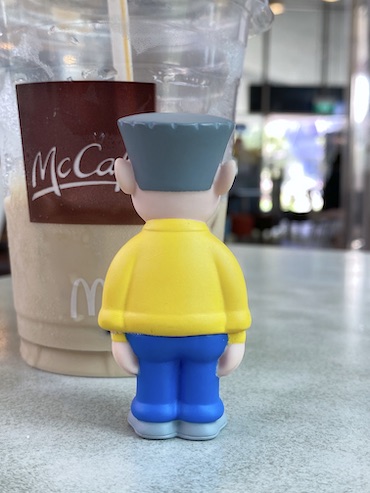 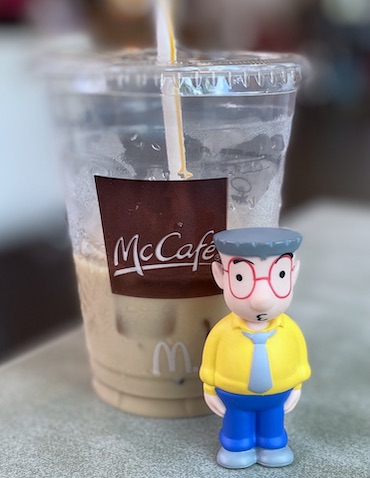 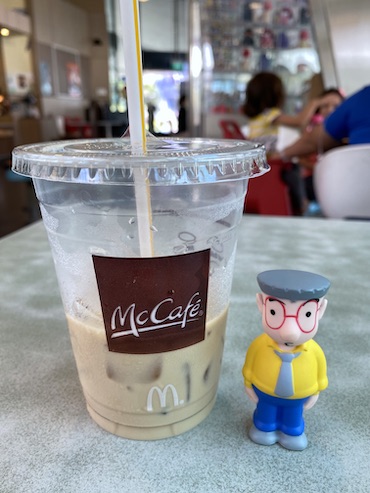 I'm going to undo my mistake with this post by omitting "Collect' em All" from blog title and change it to "Dennis-Toys" like how it should be from one day. Sorry to cause the confusion all these years and thank you Desmond for pointing it out.
I'm using pic taken in this post for my new blog title because I kind of look like this Mr. Kiasu figure with my specs and hair style. Besides, I can very blur like this character. Lolz... Jokes aside, I got this vinyl figure from a blind box, last SGCC in year 2019.
Mr. Kiasu is an iconic Singapore character in a comic series  in the 90s, created by local artist Johnny Lau. It was so popular that there was even a tv series based on Mr Kiasu.
What does kiasu mean in Singapore? ... Kiasu comes from the vernacular Chinese phrase 怕输, meaning 'fear of losing' ... having a grasping or selfish attitude arising from a fear of missing out on something.
I was hoping for Mr. Kiasu with a bigger eyes but instead I got this. Well, it's the luck of the draw and this is pretty cute too. His attire is very IKEA colour scheme. Lolz. A nice figure to bring out for photoshoot. It's Instagramy too : )
at September 16, 2020

HEHE!... Now that you mention this topic, once I found on internet "Collect’em all" as an slogan for a toys and collectibles store, if I’m not wrong and it was kind of confusing... I have to agree, Dennis toys sounds much more personal and after all this is your blog, not the blog of someone else... I have found as well something very particular in some cases, you already know that some blogs or groups are ran by one single person, but they use a confusing "we" in their opinions expressed or in some of their publications, like they were more than one and I guess it’s a way to "avoid" criticism when their opinions are not "popular"... But I think that’s kind of ridiculous, because you don’t have to apologize for having a different perspective on a particular topic, even less when you know what you’re talking about... Well, sometimes that’s what you find in this guild and in the blogosphere... P.S. I like very much your new header image!...

>> Chrismandesign
Thank you my friend for your understanding and support. Glad that this blog is more personal now and glad you like the new header image. Cheers and good day to you my old friend : )