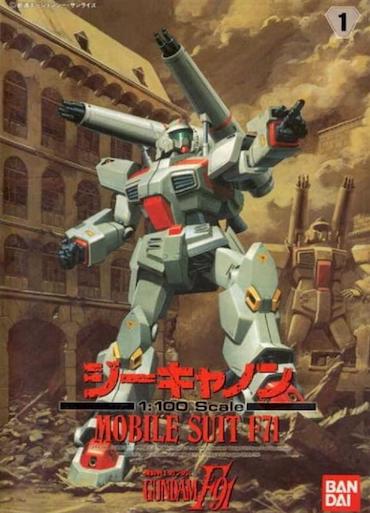 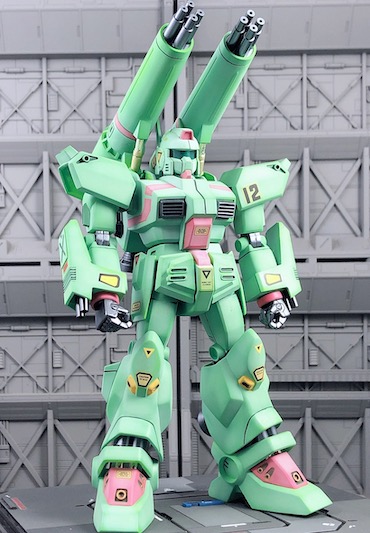 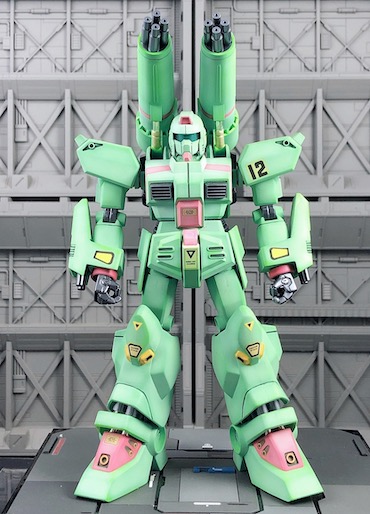 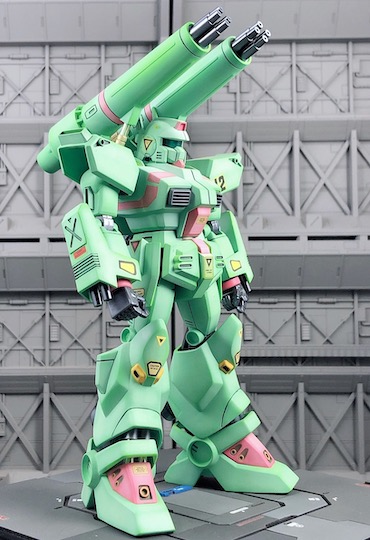 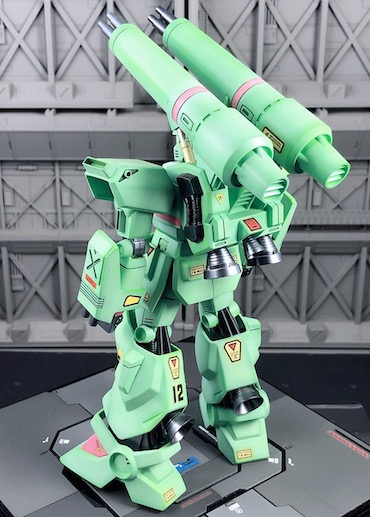 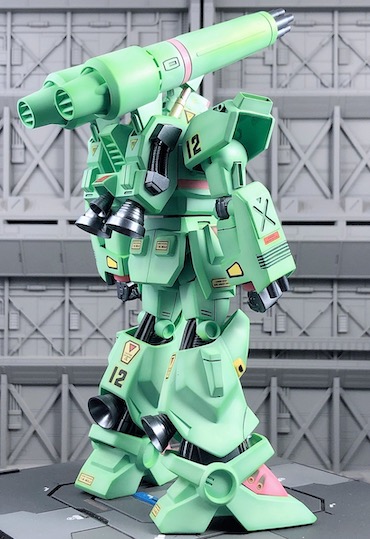 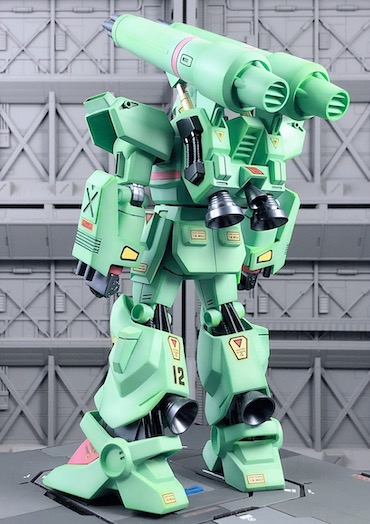 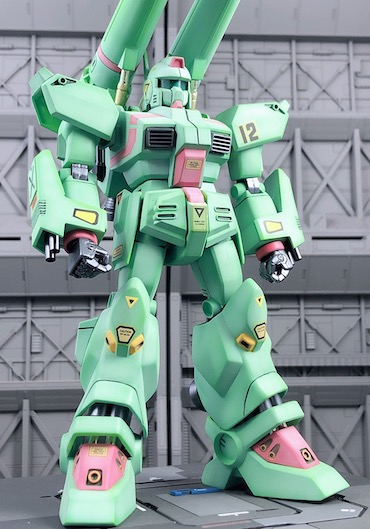 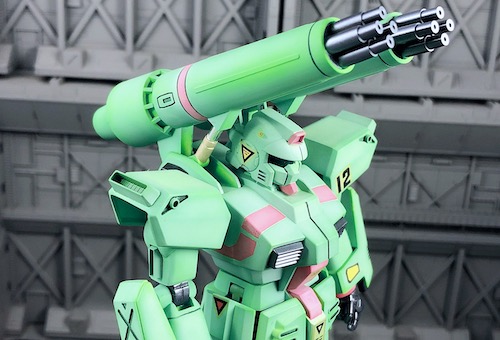 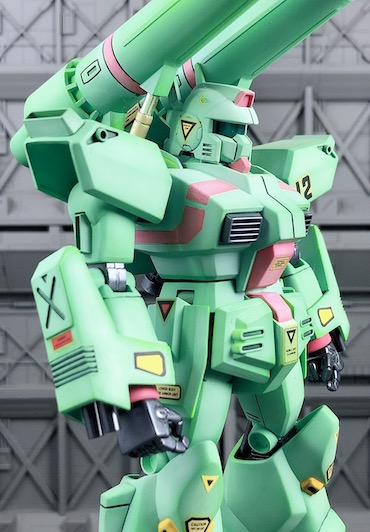 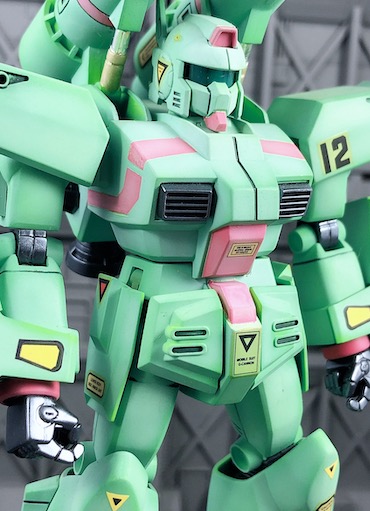 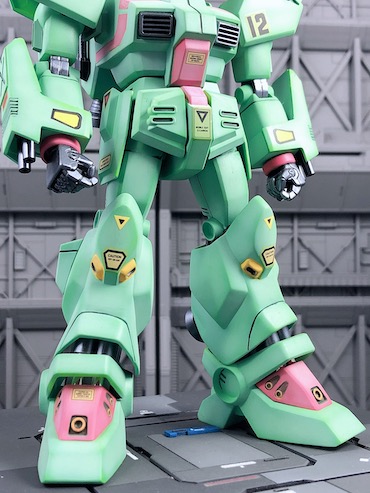 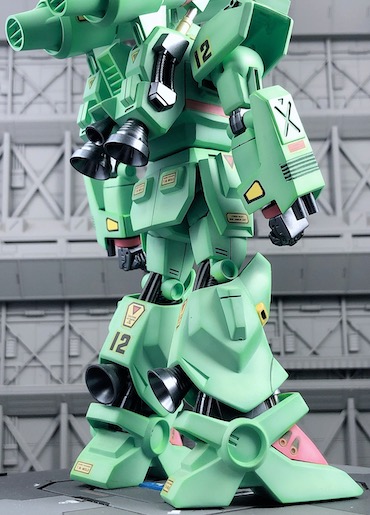 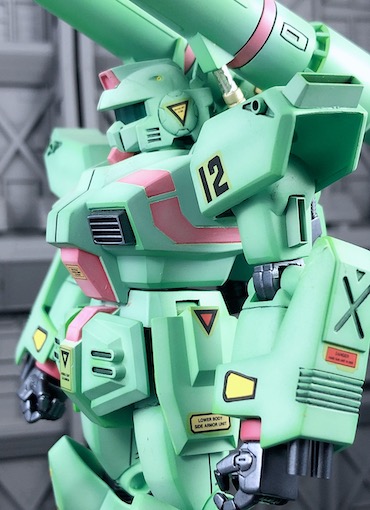 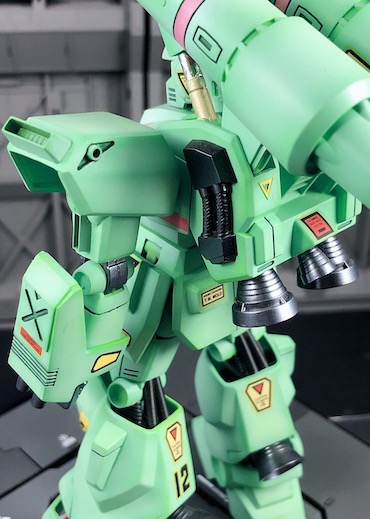 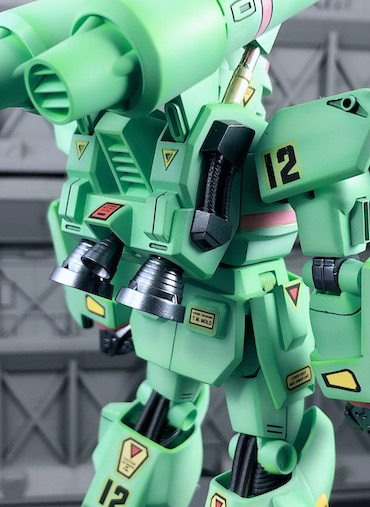 A kit released 1990 featuring the Gun Cannon affiliated mass production mobile suit that appeared in the OVA movie “Mobile Suit Gundam F91”. G-Cannon was based on the designs of the F70 Cannon Gundam by SNRI. G-Cannon inherits the ability to remove the back-mounted machine cannons and function as a close combat mobile suit, but its smaller in size with overall performance inferior to Cannon Gundam.

I got mine built and painted even though the colour is on the greener side. No complaint as the workmanship is well enough on this really old kit. Very cool arm cannon on both hands and spray guns mounted to the backpack. Well-equipped without the need to carry any handgun. Many boosters  or burners painted chrome on the rear. Plus the hydraulic pistons and cables were painted realistically.
at June 27, 2020

Bro, I liked the green and pink combination on this figure..Very daring colour scheme :)

Maybe it’s the colours fading over time lolz. Still, I’m cool with it : )

I agree with the very bright and flashy color scheme, which I guess reproduce very well the almost fluorescent colors of mechas in general from anime series made in the 90s... It’s a very nice paint job, even more considering it’s a very old kit, it has aged very well indeed!... Now that you mentioned it, in general terms and as far as I know, all the mobile suits designed for the F91 Series are smaller that previous and later mobile suits, but very "handsome" compared with the classic RX-78!...

Yes bro! This MS as well as the model kit has a classic feel and looks great in its own way. Thank you for the praises on this machine : )