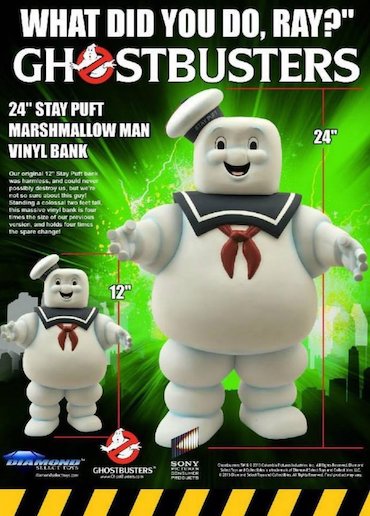 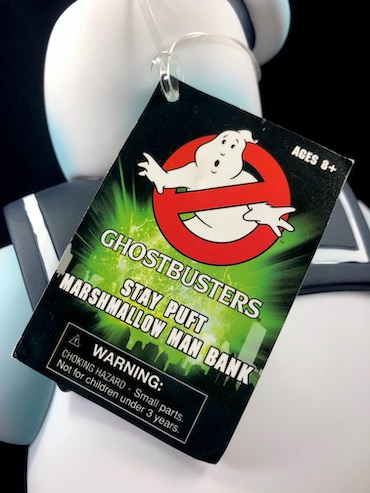 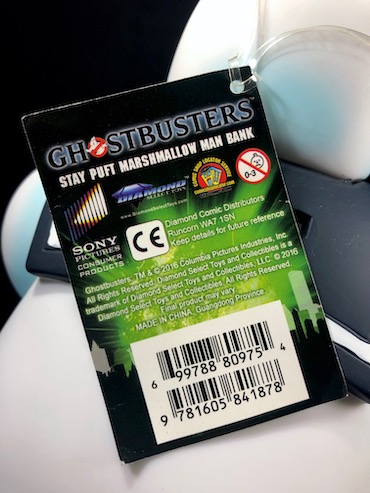 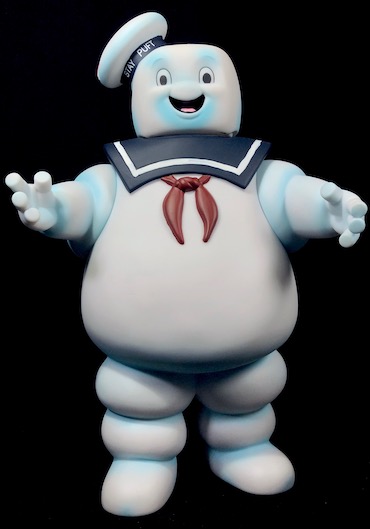 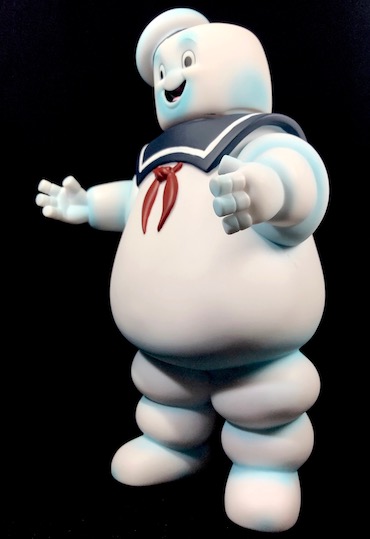 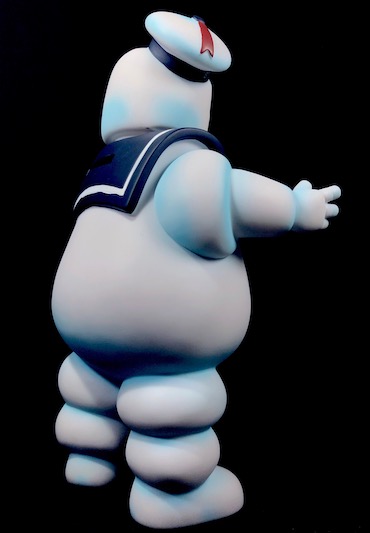 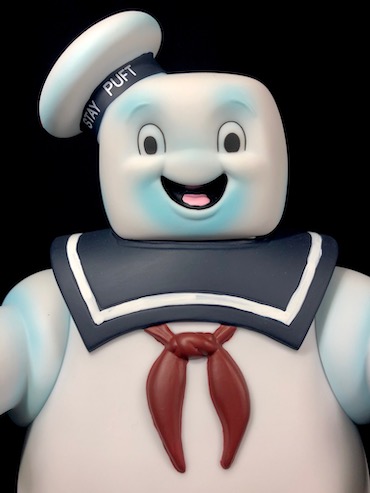 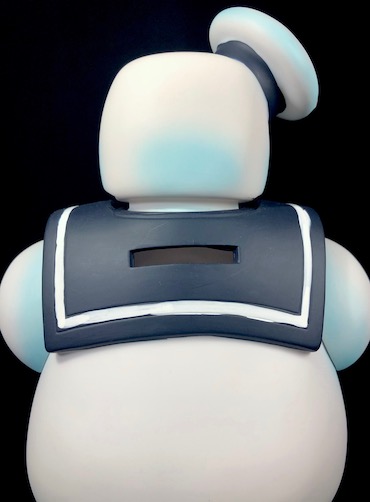 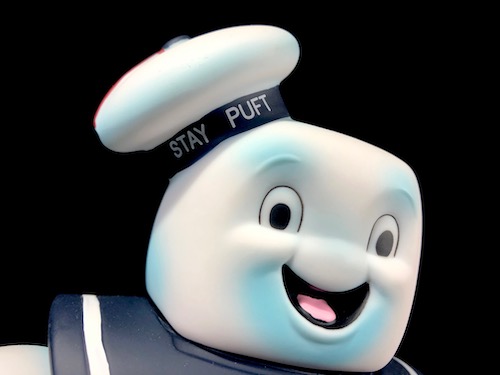 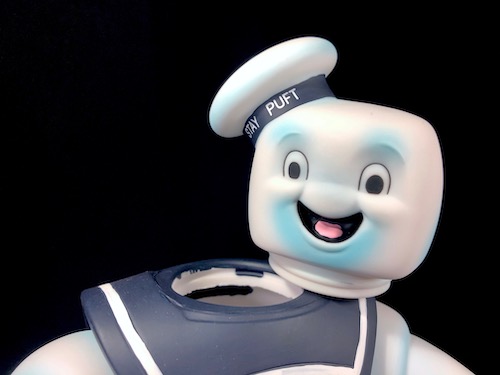 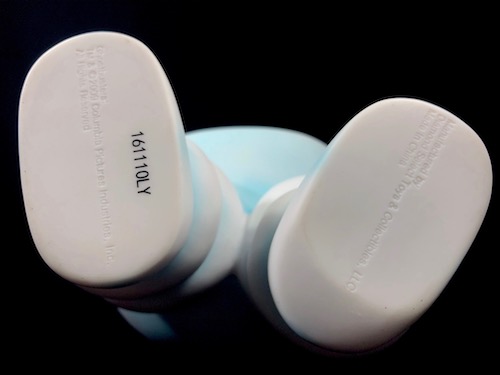 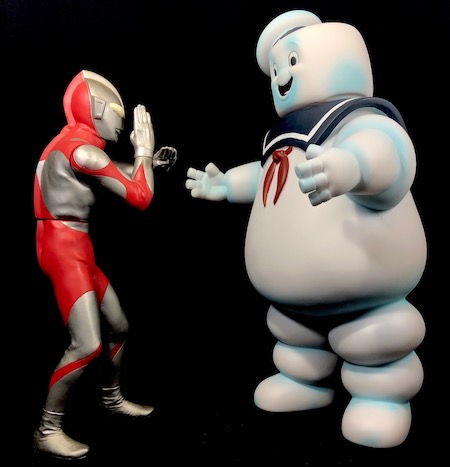 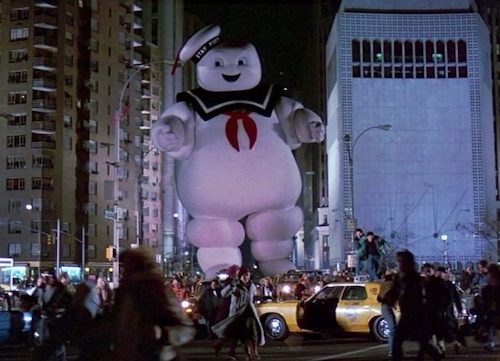 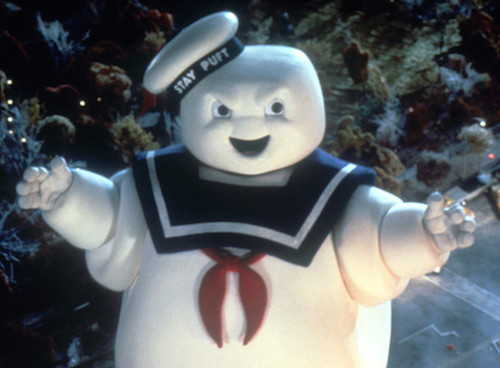 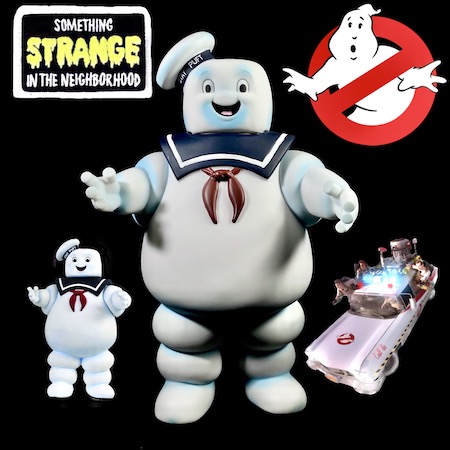 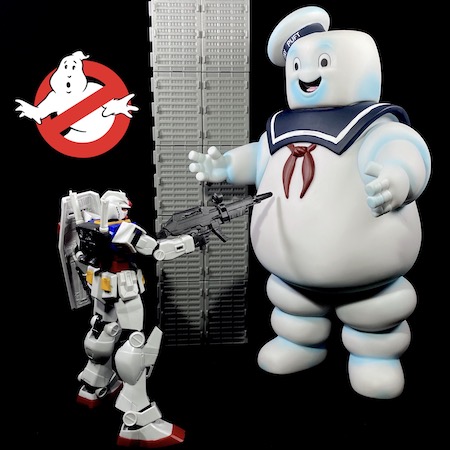 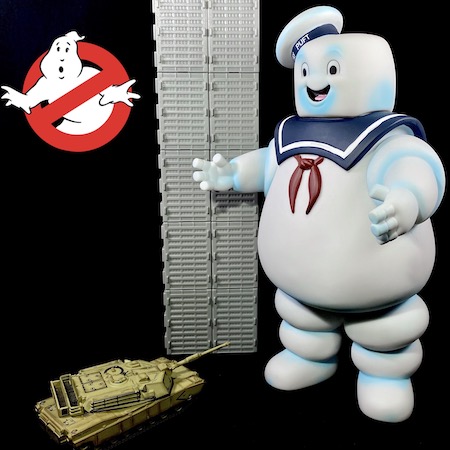 Something strange in the neighbourhood, who do you call? Ghostbusters! Lots of nostalgia from the 80s' as the film is sure acclaimed and well loved by fans. Riding the wave of pop culture, an adorable Stay Puft Marshmallow Man vinyl coin bank, sculpted by Bill Mancuso, was released by 'Diamond Select' in year 2014. Mine is the smaller 12" Stay Puft Marshmallow Man Coin Bank.

Even after twenty-five years after its debut, Ghostbusters remains a fan-favorite franchise with recognizable characters. The Stay-Puft Marshmallow Man is the film's memorable final villain. This hard vinyl bank of the classic Ghostbusters giant can create many imaginary fight scenes against Ultraman or Godzilla.

The piggy bank has coin slot its back and content can be removed by pulling the head. Marshmallow Man is attired in sailor suit with " Stay Puft" wordings on the hat. It wears a happy smile and some blue shadings. Well, at first I feel that the blue shadings are overdosed but gradually gotten used to it.
at April 28, 2020

That’s a quite interesting and useful piece of memorabilia, from a movie franchise that as you mentioned, is very much loved nowadays!... At least this time the brand that made this collectible piggy bank is familiar for me, Diamond Select is a brand usually related with items from comic franchises, but it looks like they have made also collectibles based on movie franchises and the result here is very good, featuring a quite convincing likeness with the original Mr. Stay Puft... The only thing I doubt is if he would be a worthy rival for Godzilla, I guess Mr Marshmallow would be fried right away by the beams from the "king of monsters" LOL!...

>> Chrismandesign
Yeah bro! Diamond select is one toy company in my radar of likes... They have stuffs appealing to fans of movies and yet at reasonable pricing. Marshmallow is just too fun loving to be taken seriously against the titans of other movies.. lolz...

Wow! You got the Marshmallow figure. Hasbro will be releasing the Ghostbusters 6 inch figures this month. They look good if displaying with this villain.

Saw the news of the reissue... Don’t think I will be getting them to steam line collection.