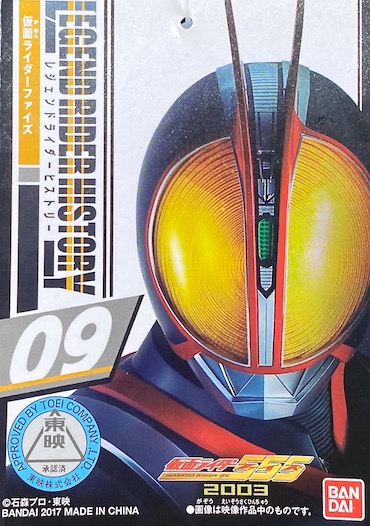 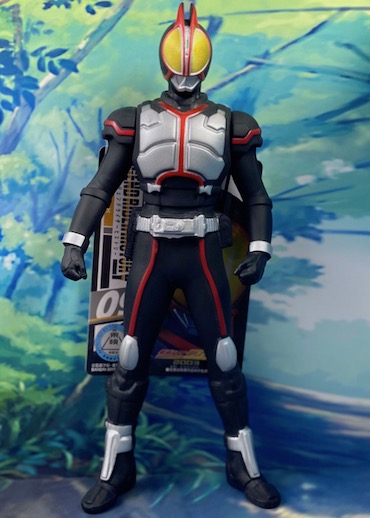 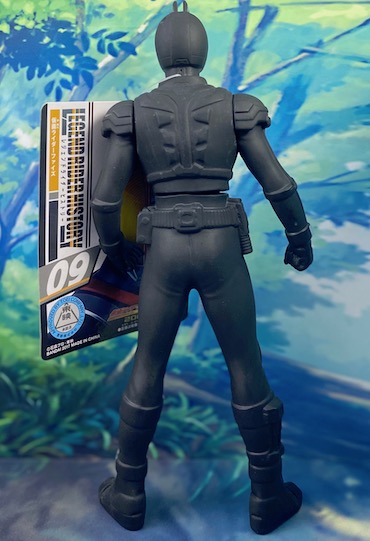 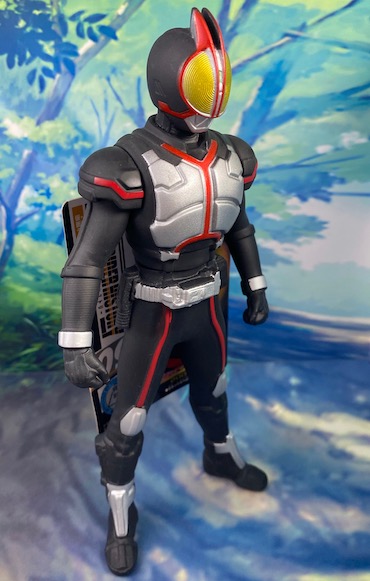 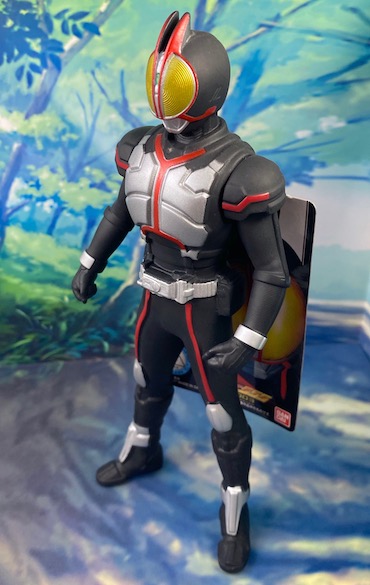 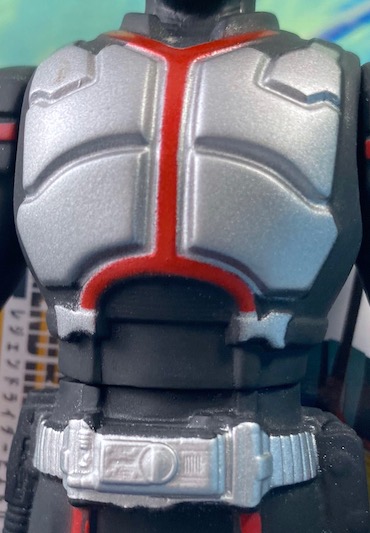 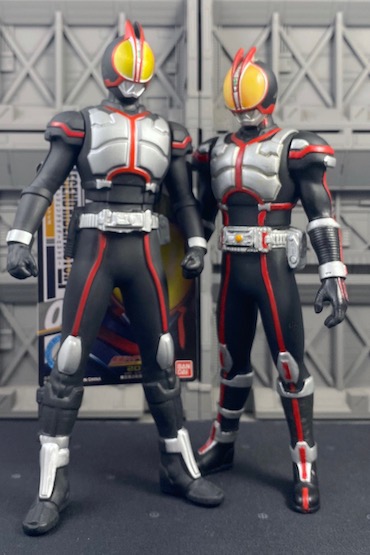 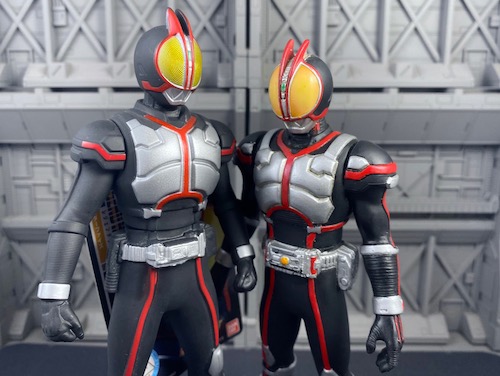 Legend Rider sofubi (vinyl) figures are renewed version of Kamen Rider vinyl figures. Renown Kamen Riders are style in powerful appearance, advance recreation that gives finer details with analog sculpting! I have taken pics with my older vinyl figure and you be the judge. Newer version is definitely taller, sleeker, sharper and more chrome on the visor. However, I do prefer the more application of red paint used on the older version.

Produced by Bandai in 2017, Legend Rider History series is an all new vinyl figure series that sets the bar for retail release vinyl figures of your favourite Kamen Riders. Unlike previous Rider Hero Series releases, these figures feature all new sculpts, new poses. Each figure stands roughly 180mm tall and is a static PVC vinyl figure. It features articulation via a rotation in the shoulders and the waist. This release is Kamen Rider Faiz in his base form and takes you back to the TV series in 2003.
at April 22, 2020

I like the design of the helmet especially its two big yellow visors :)

Yeah bro, I find this design nicest among the newer riders.