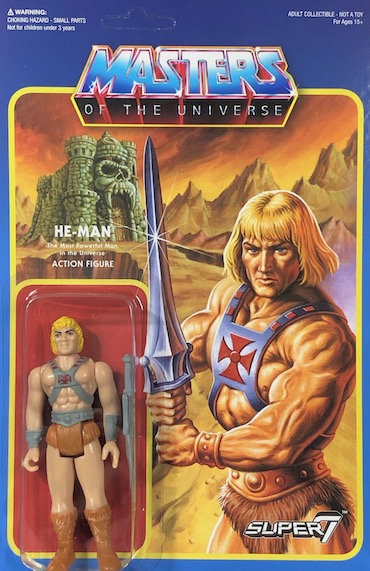 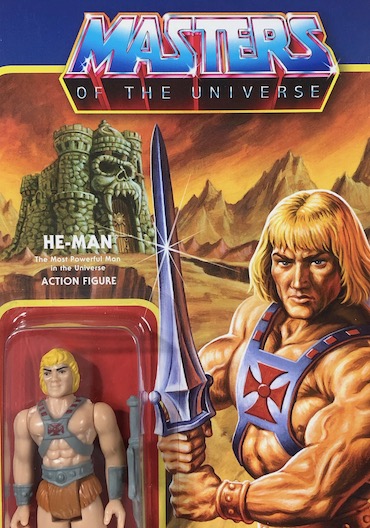 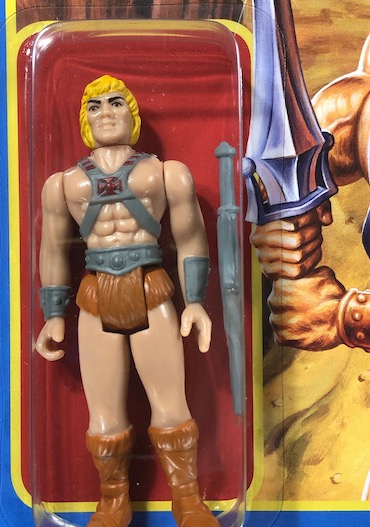 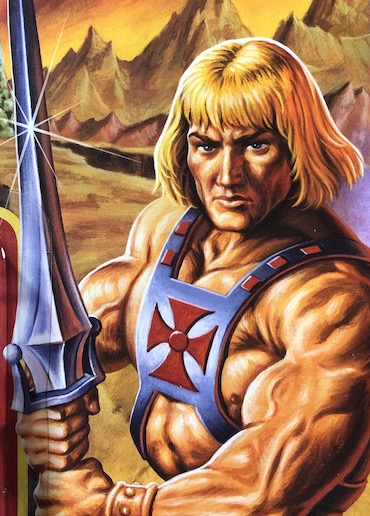 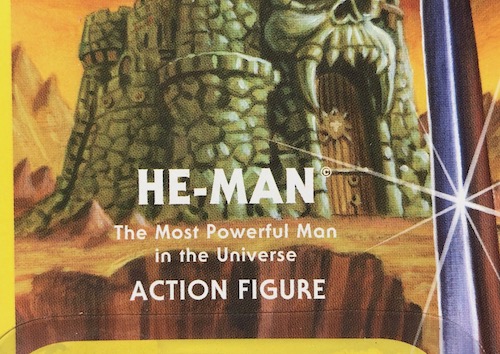 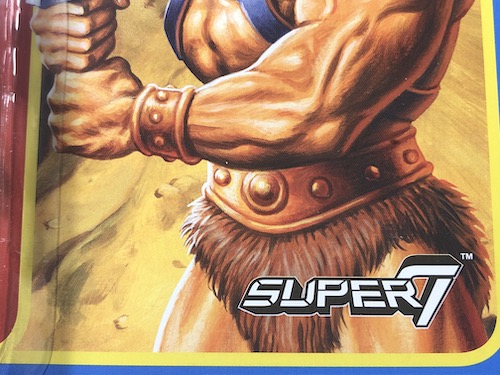 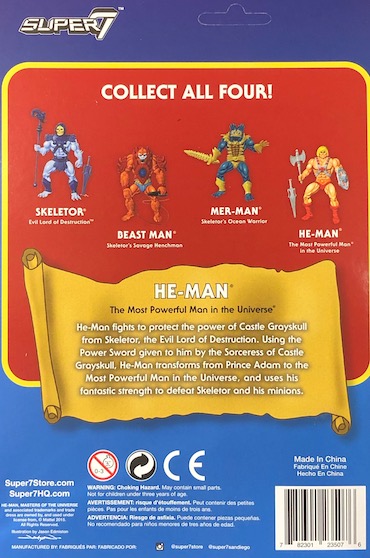 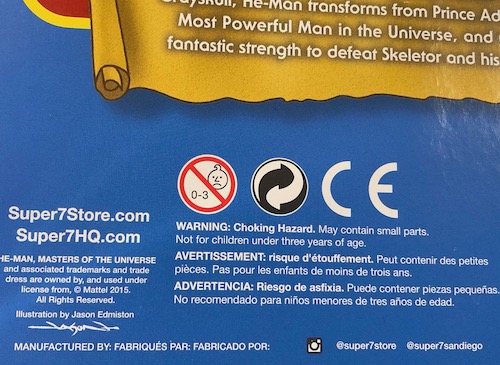 Check out the illustration of He-Man Reaction Super7. 'The most powerful man in the universe'. He fight to protect the power of Castle Greyskull from Skeletor, the evil lord of destruction. Using the power sword given to him by the Sorceress of Castle Greyskull. He-Man transforms from Prince Adam to 'The most powerful man in the universe' and uses his fantastic strength to defect Skeletor and his minions.

For the first time, He-Man is re-introduced in 3.75 inch figure with 5 points of articulation in 1980s style card back design. 'The most powerful man in the universe' comes in retro Kenner format. The back of the card shows a total of 4 figures in the toy-line.  In fact, Funko X Super7 has already released more than these four He-Man related figures. The card comes unpunched which gives collector  of owning a retro figure in its most pristine condition.
at February 13, 2020

You know, this figure and the franchise to which it belongs remind me the complex relationships between toys / collectibles makers, because, well, in this case, Funko Inc. had to resort to Mattel for the license of Masters of the Universe and since Funko create collectibles based on numerous franchises, sometimes the licenses are acquired directly and others the rights have to be processed through third parties... Negotiations are not that easy all the time and we as collectors hardly realize what some companies has to do to make some products available for us, we should give some credit to the people who make this possible!...

Thank you for pointing out the complexity of copyright and it’s true that copyright issues could hinder production and region sale. Just like Robotech & Macross releases. Copyright also resulted in ‘Full Metal Panic” delayed to new season. A lot of high pricing also incurred onto customer due to copyright or license. I’m amazed how Funko managed to get the rights to produce so many figures from titles, anime & titles. Heard Mattel has MOTU copyrights back again and Funko Super7 ceased production to MOTU.

Bro, you can wait for SHE-RA to form a set..Currently, the most powderful man in the universe is Donnie Yen..Haha!!

I’m more of a dude guy these days. Lolz.. Donnie is our new Chinese hero : )

Hello, I enjoy reading all of your article post.I wanted to write a little comment to support you.

Thank you for supporting this blog : )