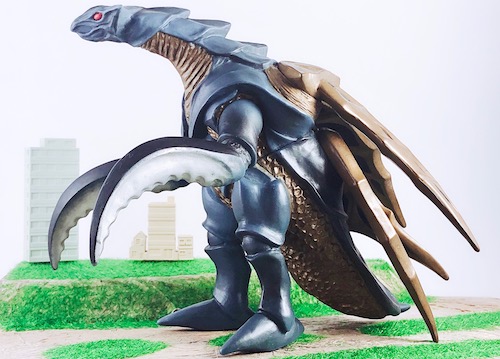 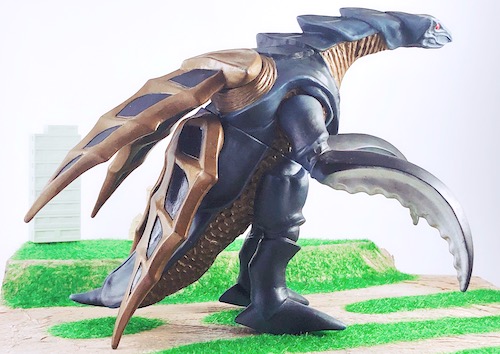 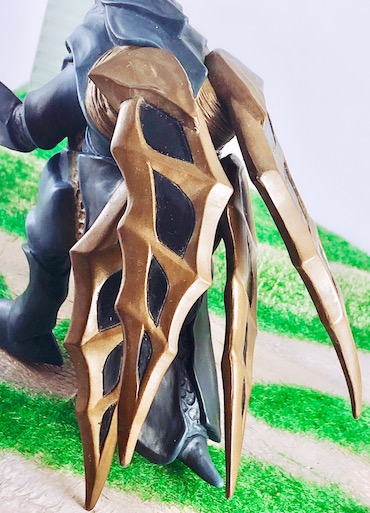 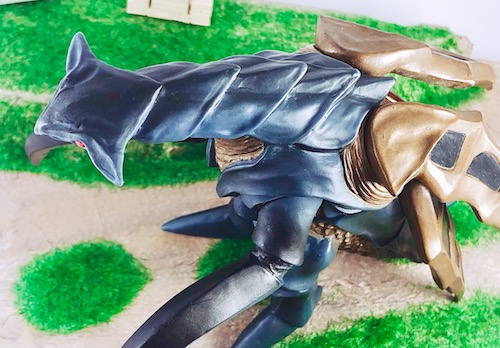 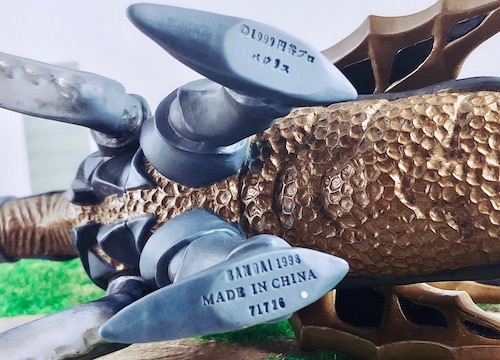 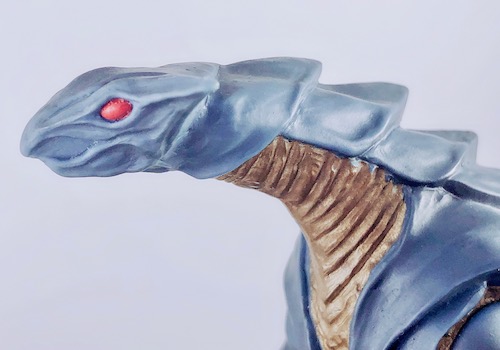 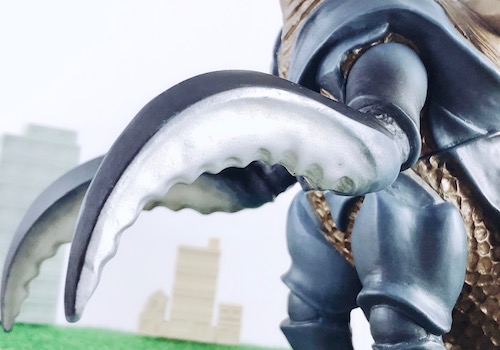 "Bone Wing Super Beast" soft vinyl toy action figure from the Japanese movie "Battle in Hyperspace". Welcome to the wonderful world of Ultraman Kaiju, the amazingly varied and colorful monsters that populate the many Ultraman TV series and movies that have been produced in Japan over the years. Appeared during Ultraman Tiga's era is this super durability and endurance Kaiju.

A bone Winged Super-beast with scissor claws. It's head resemble a hammer head shark. 6" soft vinyl figure is very detailed and ready to display by Bandai 1998. An accurate reproduction of the Kaiju monster as seen in the Ultraman TV show or movie. A highly-detailed and colorful action figure with several points of articulation on its arms and wings. Figure has some minor paint scuffs throughout.
at May 02, 2019

Unfortunately, the legs of the monster looks like human legs. Otherwise, the overall monster design is very good..