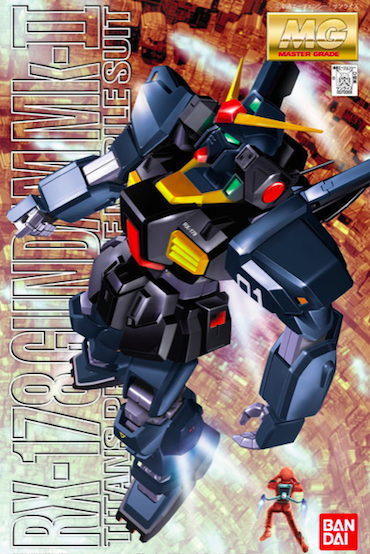 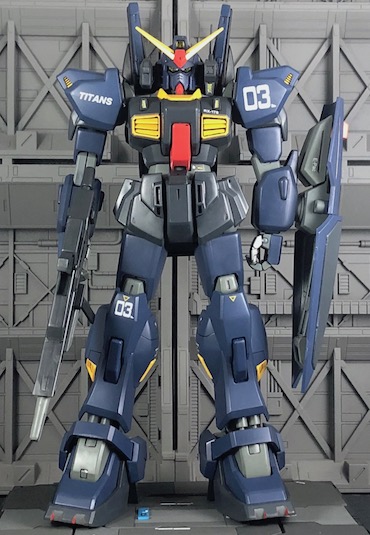 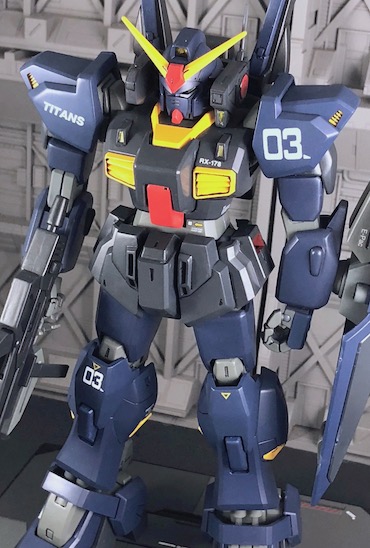 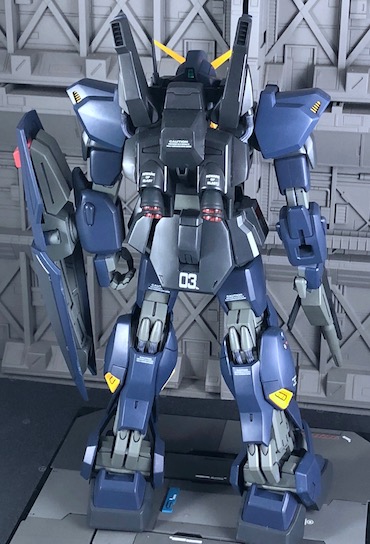 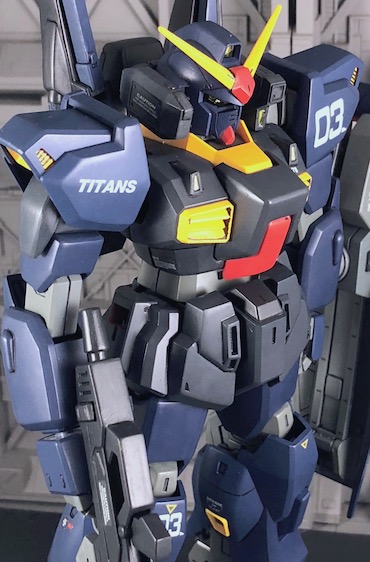 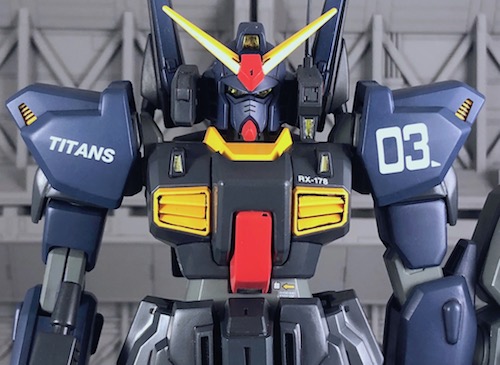 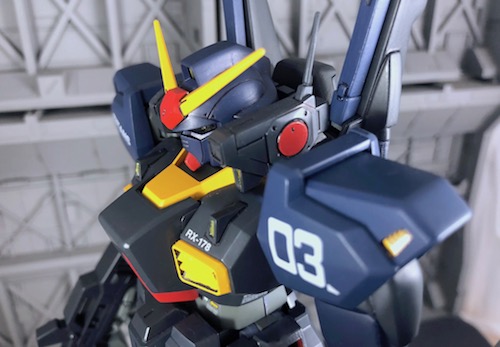 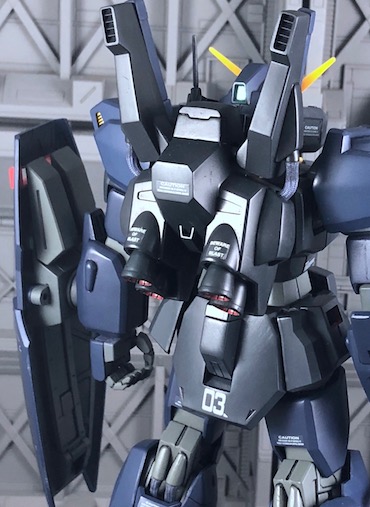 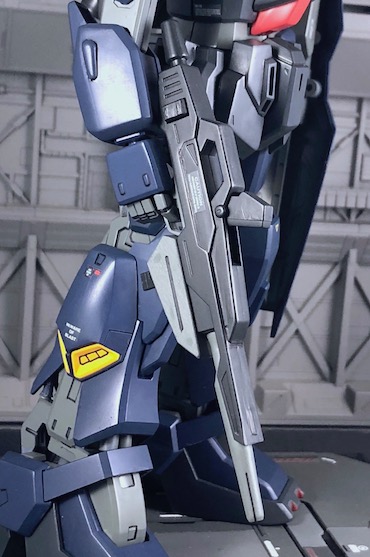 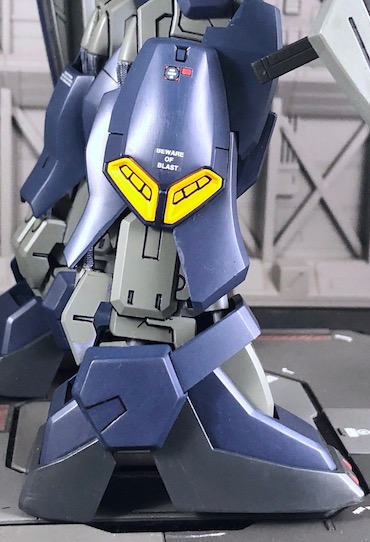 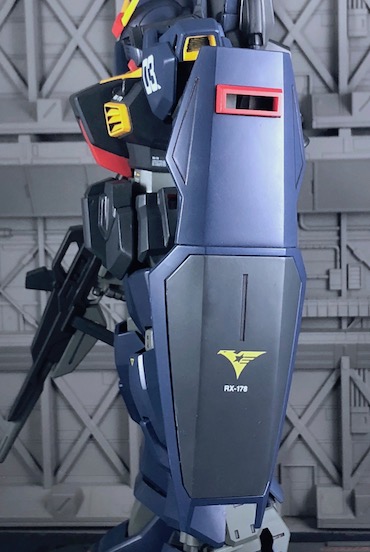 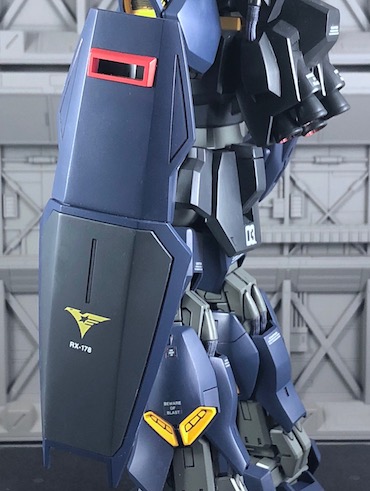 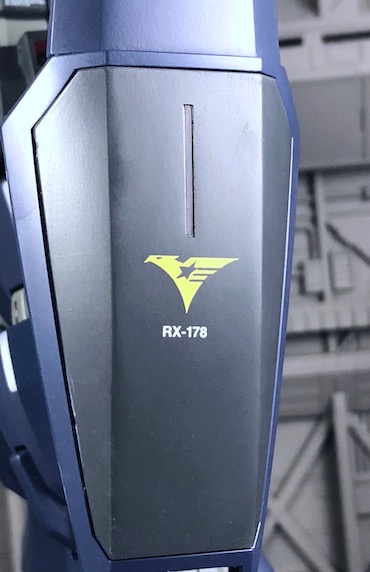 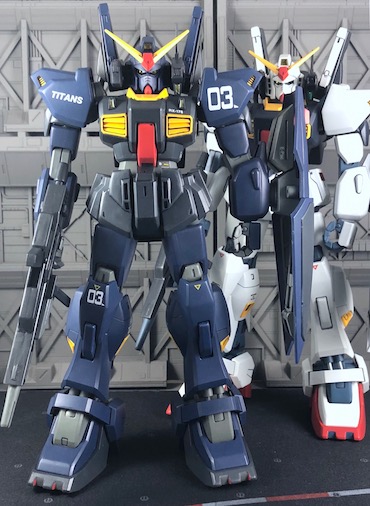 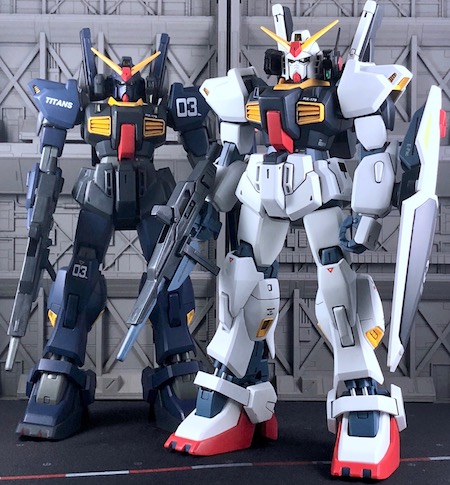 Sometimes, an old good kit that's built and painted is all I need to have in my collection. The kit is what you'd expect in terms of the level of detail, its sturdy build, range of movement and gimmicks of a 1998 line of Master Grade 1/100 scale series. Maybe just that it's not 100% proportionate and may look slightly bulky. Well, I can't really judge the design as this MS was introduced decades ago in sketchy manner. At least the dark blue Titans colour makes it look more menacing.

The thing that I like most about Gundam RX-178 Mark II is the head gear (optional head Vulcans). Articulation is aided with poly-caps and fully posable. The version 1.0 ain't so advance in those days so only the leg area has internal detail. Opening cockpit with figure and basic compact weapons included. Furthermore, it has some simple yet very cool waterslide decals with Titans insignia.

Backstory - This Gundam has ‘RX’ name on it, RX-178, like its predecessor the first Gundam, RX-79. And if you’re wondering, Mk. stands for ‘Mark’, hence ‘Gundam Mark Two’. Developed by new faction, TITANS, which is an elite soldiers group formed by Earth Federation and Zeon remnants, there are three MS that operated. It has new technology called Moveable Frame, so it can move even without its outer armor attached.

Two suits were successfully stolen by Camille, Quattro, and his subordinates during Quattro’s mission to spying this Gundam at Green Noah colony. Camille hatred towards TITANS made him crazy enough to hijack one of the Gundam. Seeing it as a great opportunity, Quattro and his mates help Camille escape the Colony along with the Gundams, Unit 3 piloted by Camille while the other (Unit 1) is taken by force.
at March 03, 2019

At least good enough for my expectations 👍🏻

Bro, why the neck so short? it is almost no neck..

Becos of the high collar lolz

I love those TITANS unit, I had the Ver. 2.0 and still one of my favorite Gundam ever!!!