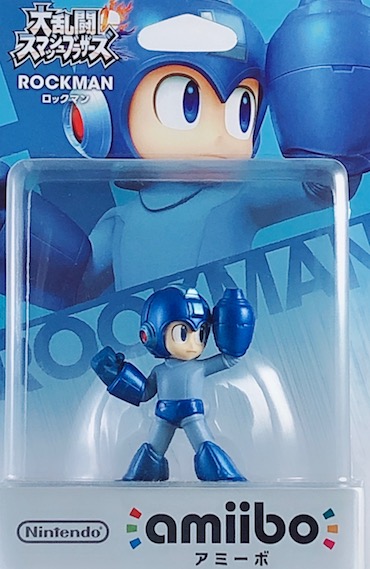 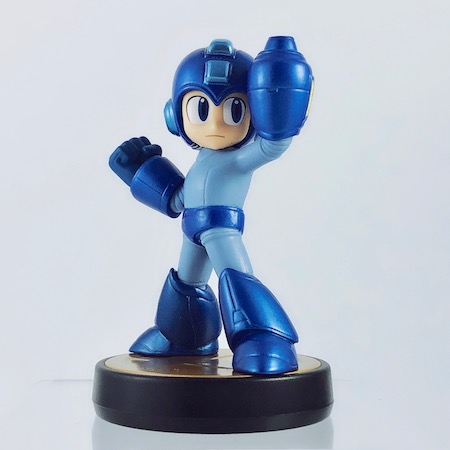 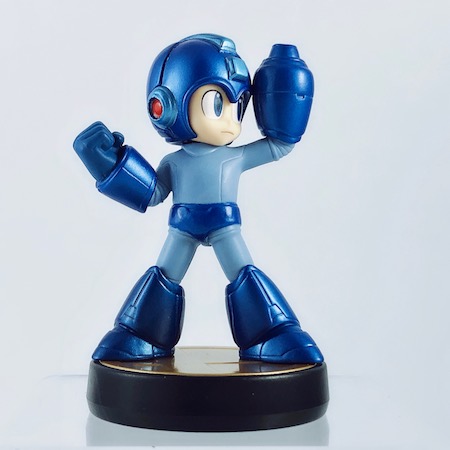 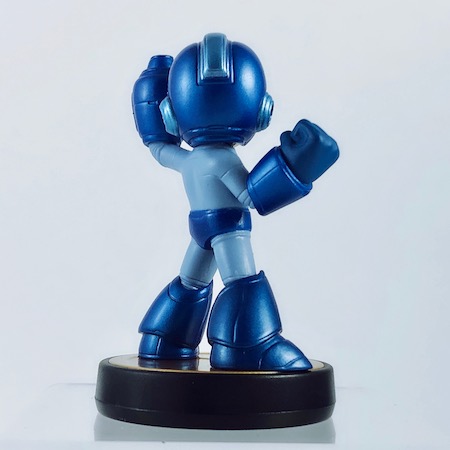 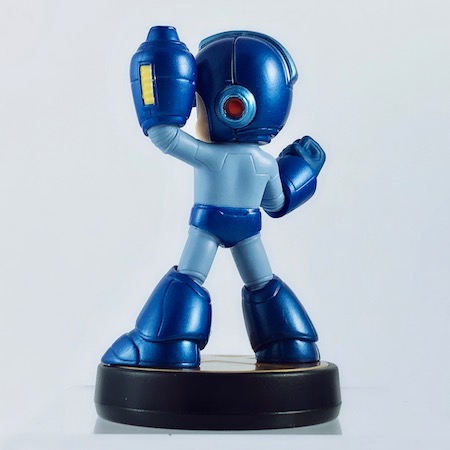 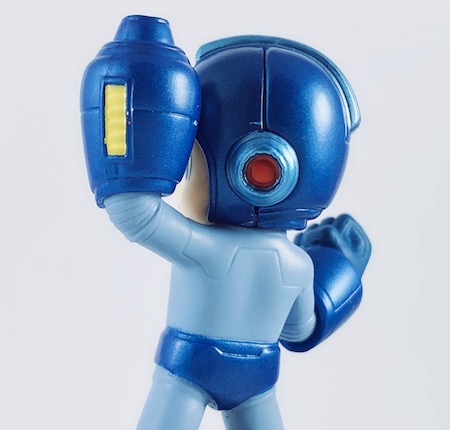 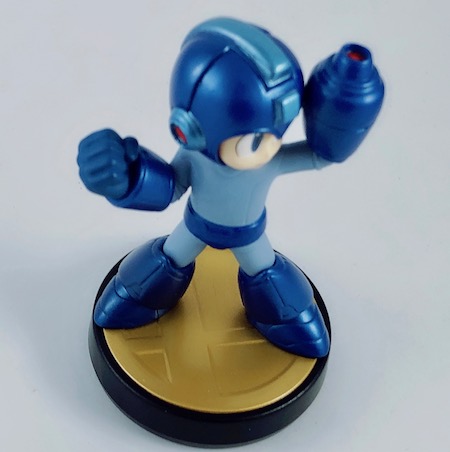 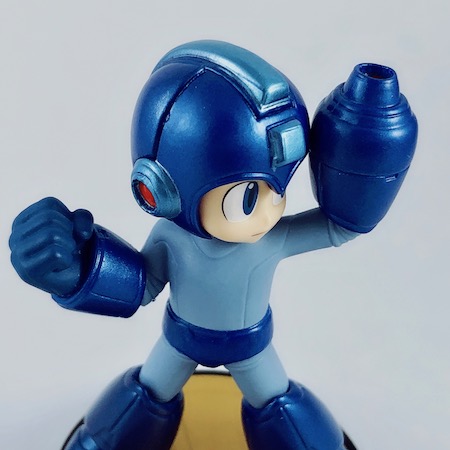 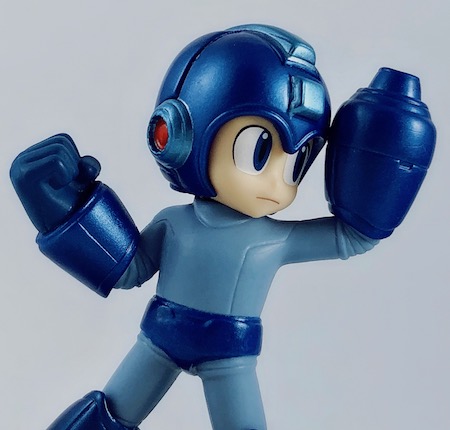 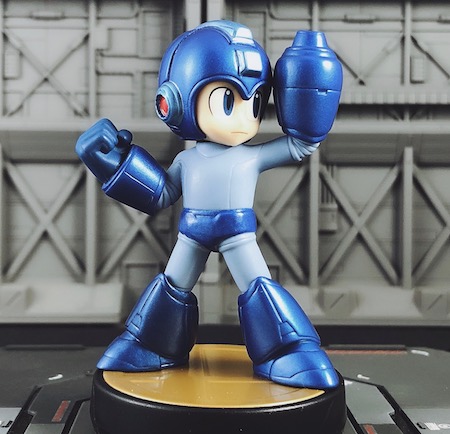 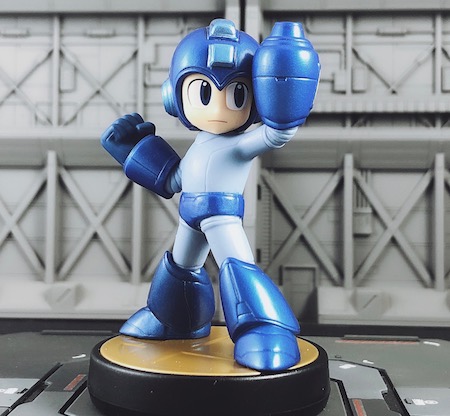 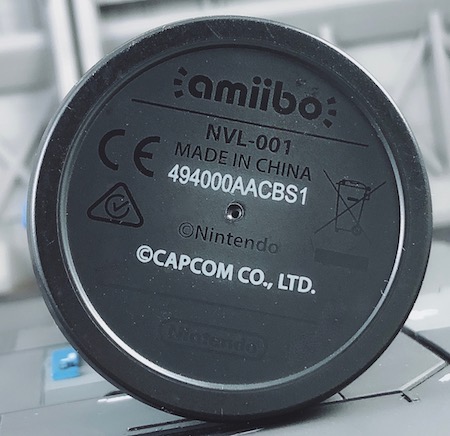 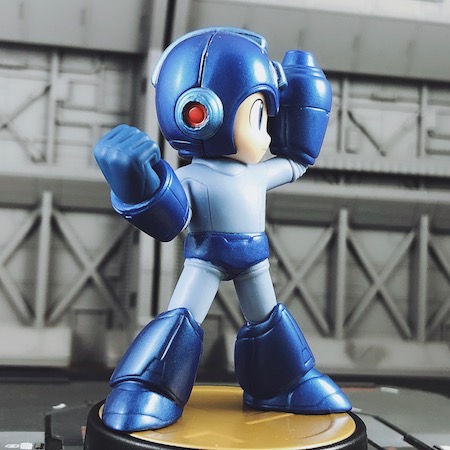 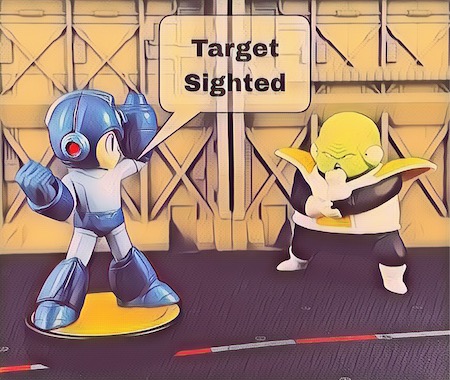 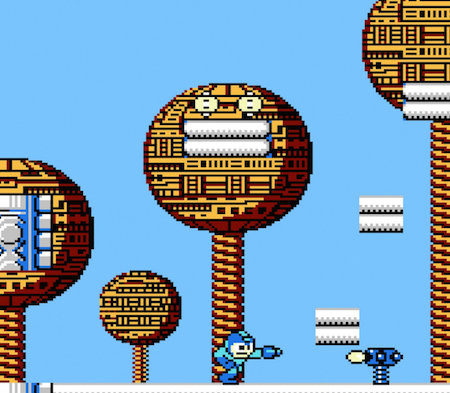 I grew up playing Rockman so this figure certainly caught my attention. The main hero from Capcom's Rockman series. An advanced humanoid robot created by Dr. Light, Rockman was modified from a general-purpose lab assistant into a fighting robot. Fitted with a powerful arm cannon and the ability to gain skills from defeated enemies, Rockman serves to thwart the evil plans of Dr. Wily and protect the peaceful coexistence between robots and mankind.

It's a wonderful feeling to see the once pixelated character on 8 bits Famicom getting that adorable 3D figure and kudos to Nintendo's innovation in Amiibo to migrate the figure to playable character on new console platform. You can actually touch, not only enjoy or watching, it is character figures to lead the game. Very good quality build as expected, except some smudges on the briefs. Rockman is pose in way that he is looking at the direction and ready to open fire from the shooting arm. The dark blue has that metallic gloss surface. Nintendo's product is always top quality.

One amiibo may work with multiple games. You might get new outfits, power-ups, or other fun bonuses like adding a character to the game, get bonuses or special items, levelling up or customize your character and unlock new adventures. If the Wii U GamePad and New Nintendo Touch Amiibo the lower screen of the 3DS, you can create a variety of experience in the game. For example, in the corresponding software first series, "Super Smash Bros. for Wii U", it will be able to make it to appear the amiibo during the game to fight his place in. The imported character grows by going fighting, or up attack power and defense, you can wear a variety of tactics, you can also customize the deathblow.
at February 27, 2019