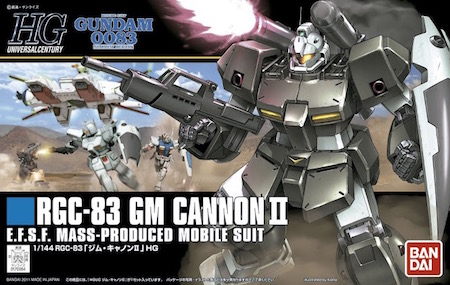 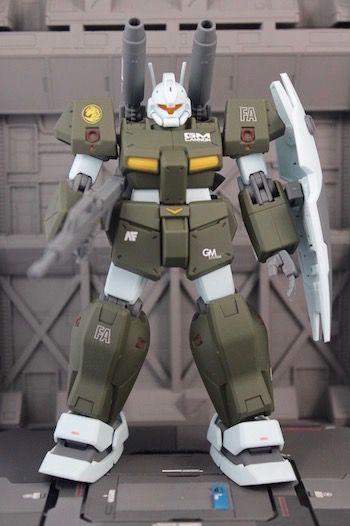 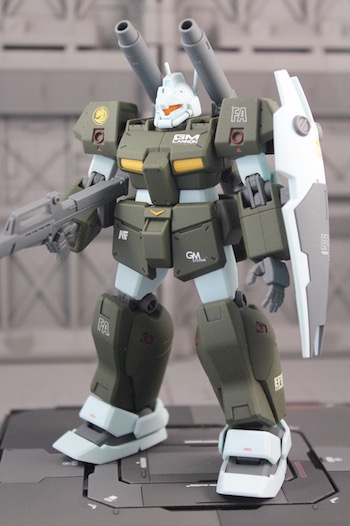 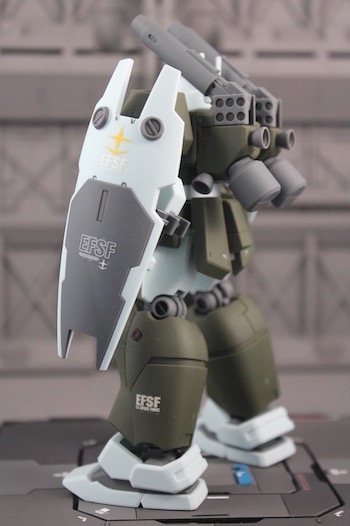 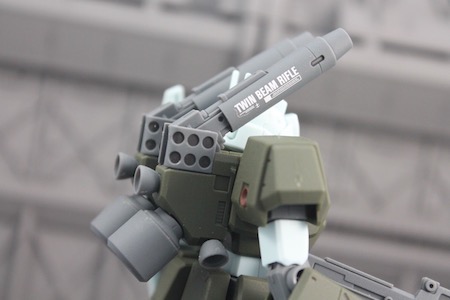 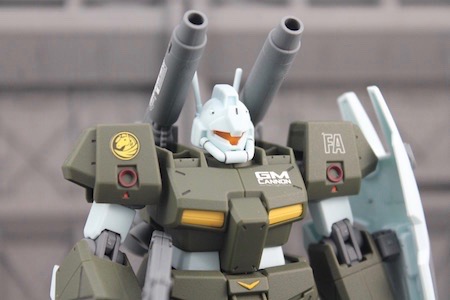 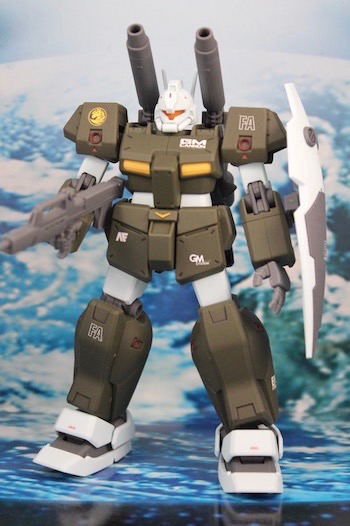 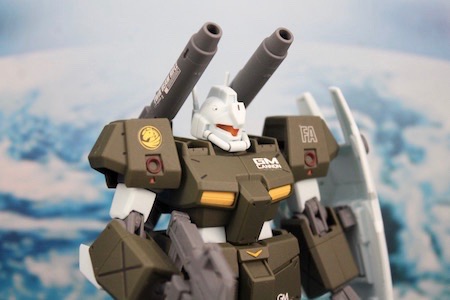 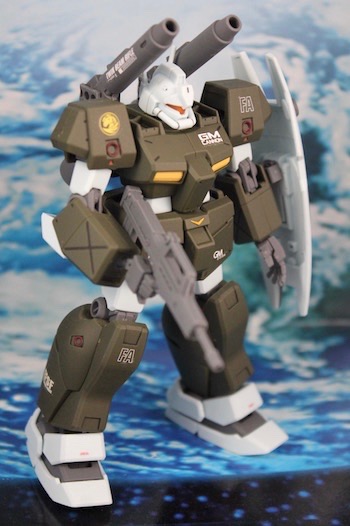 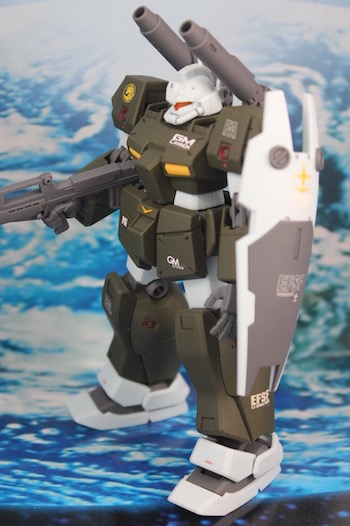 RGC-83 GM Cannon II is a mobile suit from the anime OVA Mobile Suit Gundam 0083: Stardust Memory. Heavily armed and with long ranged two shoulder-mounted beam cannons. Deployed as support unit to GM Custom and defender to Albion carrier. Versatile at mid range with 90mm machine gun as well as beam saber for close combat. Above all are the 60mm vulcan guns mounted in the head at last-resort. It uses Chobham armor based on the same design as the RX-78NT-1 Gundam "Alex". However, its dexterity was at the expense of agility. There are few in number and is not seen much in action after 0083 while GM Custom migrated to GM Quel when Titans came in power.

I had used a mixture water-slide decals and especially like the Albion emblem (Pegasus). Had used red marker on some parts. Did some penal lining before top coat with matte surface. The kaki green stands out with matte top coat however the light grey portion remained pale.
at January 23, 2016

I would never have thought that a a GM could look so awesome, until I saw this RGC-83 !!!... I love this design, also the color scheme and the decals were neatly applied !!!... Seriously pal, this was a very nice work and reading your review, I can realize that it has an important role in that OVA, thanks to its special features and extra armament; it doesn’t need dynamic poses, it looks imposing just standing there !!!... =D

>> Chrismandesign
Glad u like it pal. Apologies that I left out some details building this kit. I really like the armor plating on this GM. One of my favorite and good companion to GM Custom. Simple and nice mecha from one of Gundam's best OVA!

Great to see another piece of your favourite robot series...

>> Desmond
Yeah bro! I never grow tired of visor mecha and most RGM fitted the bill.

Never noticed that GM Cannon 2 inherited Alex Chobham Armor design until recently and even the Machine Gun kinda remind me of its Famas Beam Rifle. Won't mind a 1/100 Scale especially if it got cast-off gimmick.

>> Yami
I should take pics both my 1/100 Full armour Alex Gundam and 1/100 bash kit GM Cannon in my future post to show the similarities. In fact I deared both this kits so much!