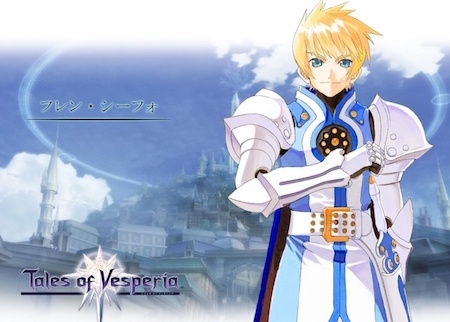 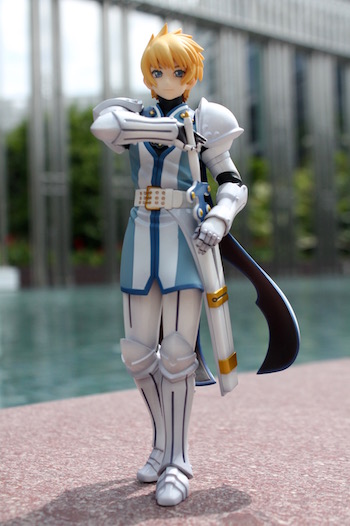 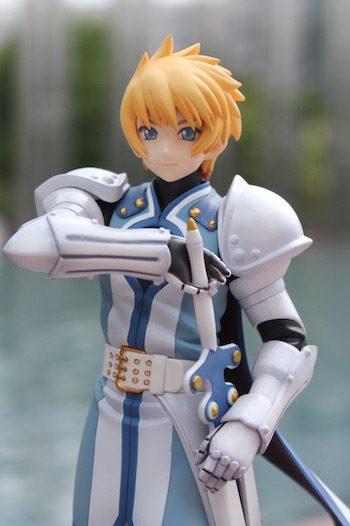 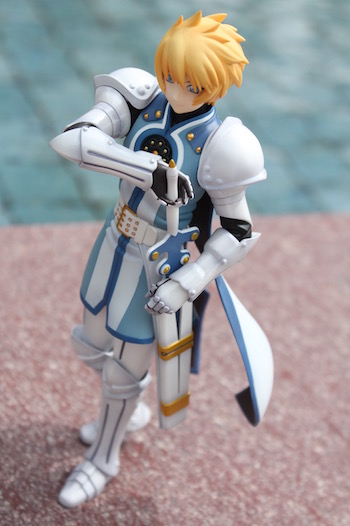 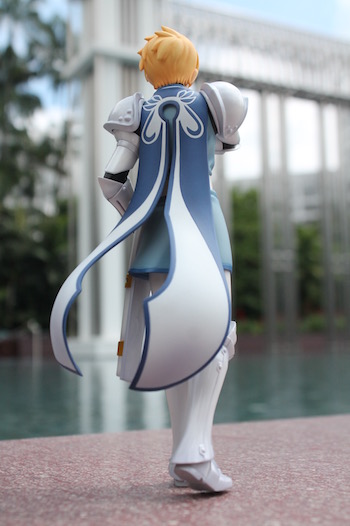 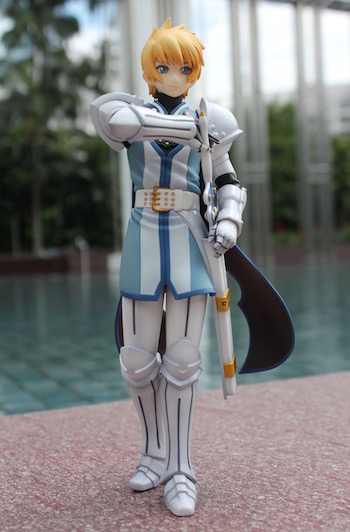 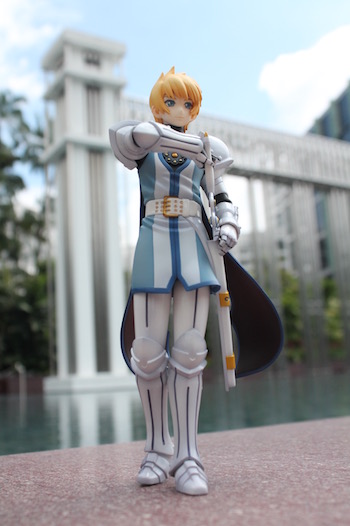 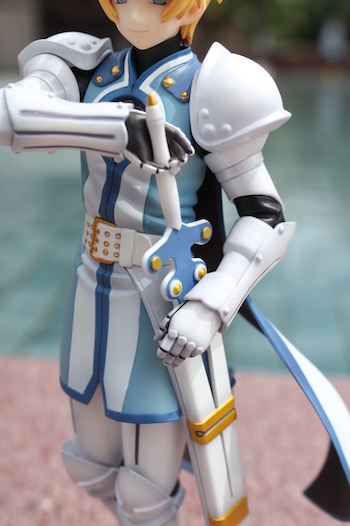 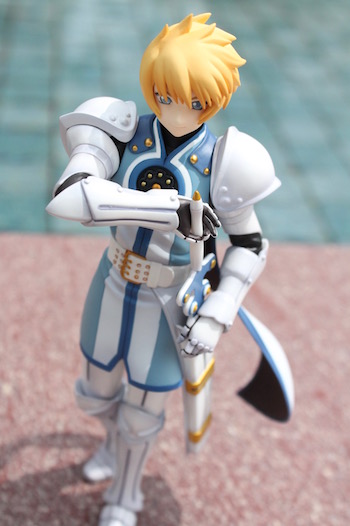 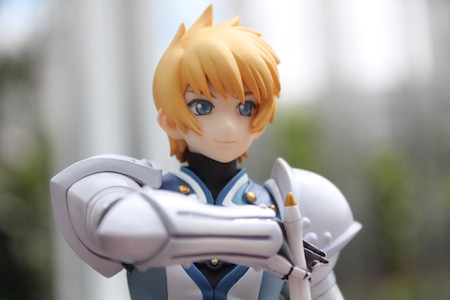 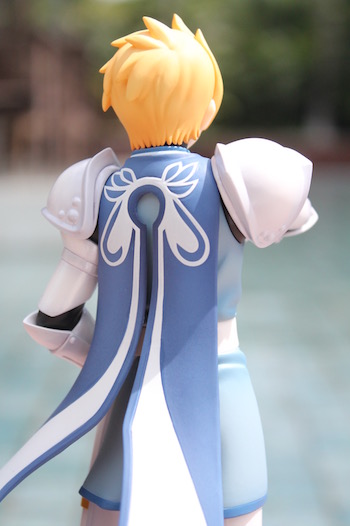 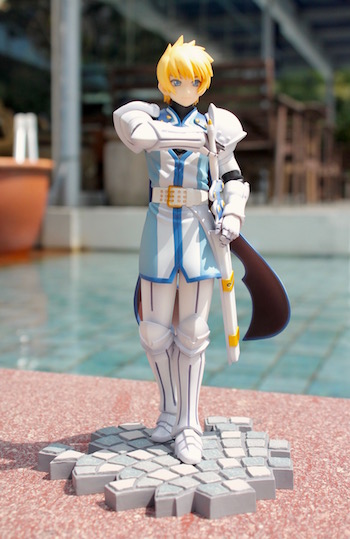 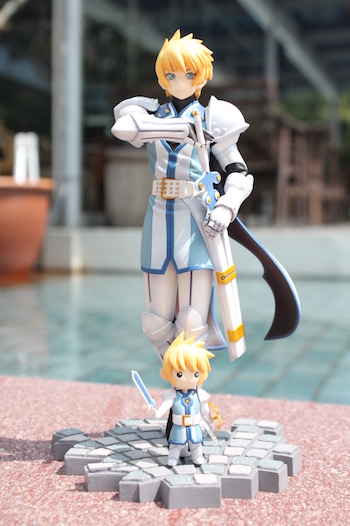 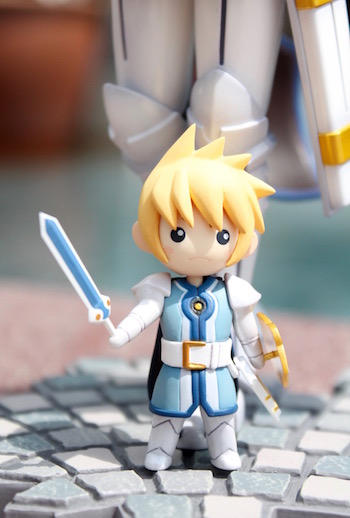 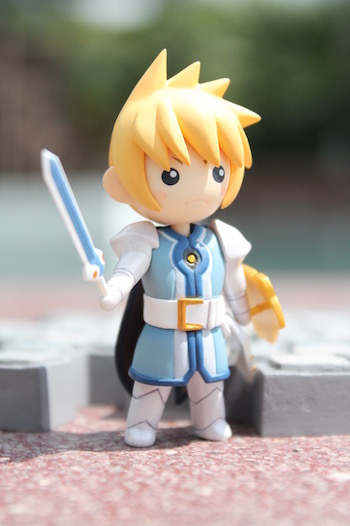 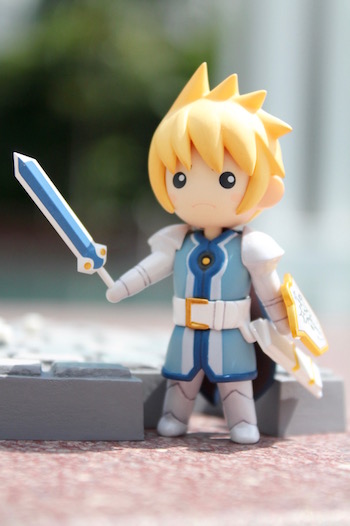 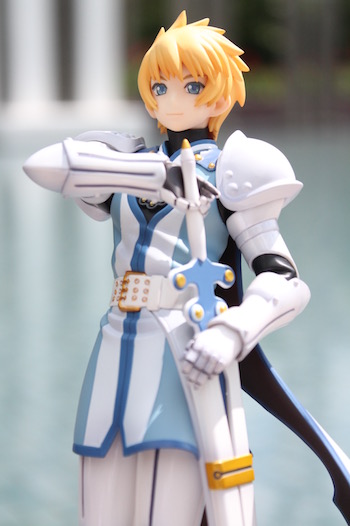 If you are fan of "Tales" game/anime, check this out. Flynn Scifo is an important character in Tales of Vesperia that come close to being the protagonist. I got to know the character while searching for popular knight figure. It's didn't play the game however I watched the OVA which told the story before what lead to the game's storyline. Flynn is the protagonist, Yuri Lowell's best friend and both trained as Imperial Knights. unlike Yuri, wishes to change the Empire from the inside. From the japanese video game 'Tales Of Vesperia' comes this impressive statue of Flynn Scifo, made of PVC. It stands approx. 22 cm tall and comes with a mini Figure (stands 6 cm tall) in a window box packaging.

Flynn is one of my personal favourites from Tales of Vesperia. The sword is removable, and the miniature version of Flynn has detachable sword, sheath and shield. I forked out quite a bit for mine when I purchased it on Amazon, before the re-issued. My heartache when I knew about the re-run. On the other hand, kudos to see the supply meeting the demand. This figure is just awesome and Alter did a wonderful job of recreating Flynn. Veteran figure maker Mirano missed no detail, spikes on the shoulder guards, the buckles on the belt and all the small wrinkles on the clothes are crafted to perfection. His armor has a nice pearly metallic shine to it, and the detail everywhere else is just spot-on. His arm comes off in order to place the sword in its sheath; the sword comes as a separate accessory. Little Flynn comes with a base, sword, shield, and sheath to attach, and has a movable head. This has to be my favorite 1/8 scale knight fantasy statue till date.

That’s a very, very nice statue, the handsome character is well depicted and albeit is not the usual full armor of the medieval age, I like the way it’s combined with the torso in fabric, using pastel colors (not so manly, but OK for a young man); everything was neatly worked, even the stone pavement in the base, speaks of a figure made with great attention to details... OH, and the cute mini-figure included, it’s a desirable collectible as a whole !!!...

I understand why you were eagerly looking for it and your sort of disappointment when it was reissued, but as our friend LEon rightly noted in one of his recent publications, this is a matter of supply and demand so, if something is sold fast and well, even if it’s allegedly a "limited edition", there are good chances for a reissue at some point in the future and we need to exercise some patience sometimes... =D

>> Chrismandesign
The figure is sure further well described by you. It's indeed that the armour ain't so close to medieval as the metallic look was taken out. The overall attire seems less macho but more of a more fan boy look. The armour appeared rather neat and clean which led to a less gung-ho appearance.

It's a good thing, outstanding figure like this was given another re-run for the benefits of the title's fans. I must agreed that LEon is a man of wisdom!

The little one is cute :)

>> Desmond
Yeah! It looks like how the character on the earlier Famicom version. Retro pixels ^_^