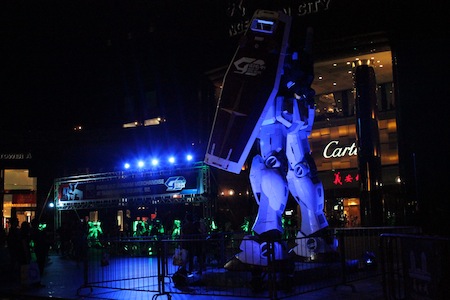 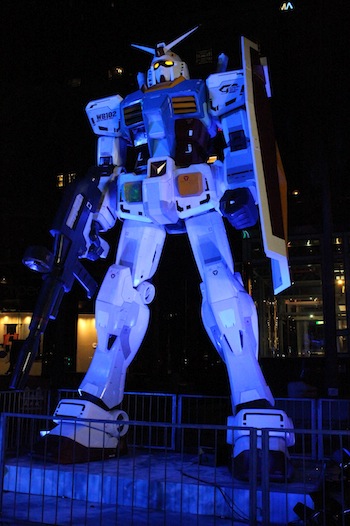 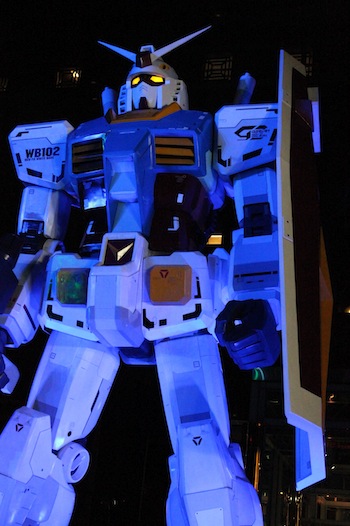 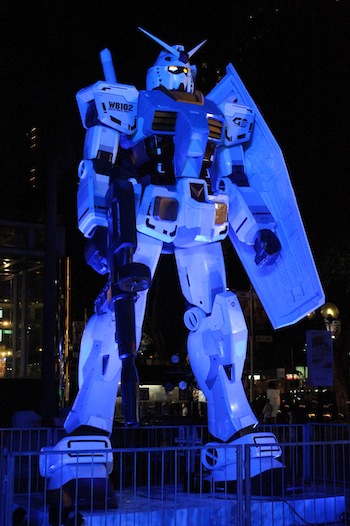 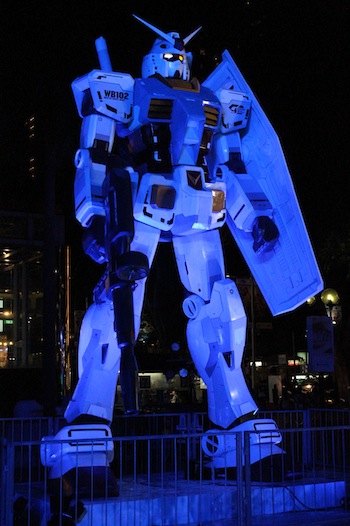 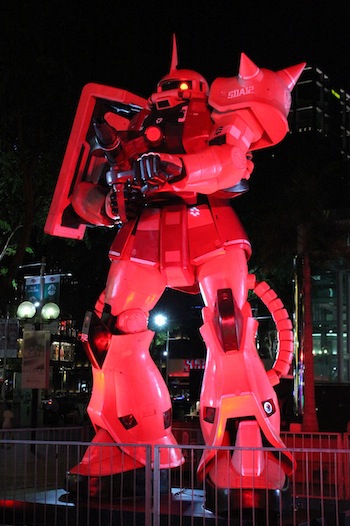 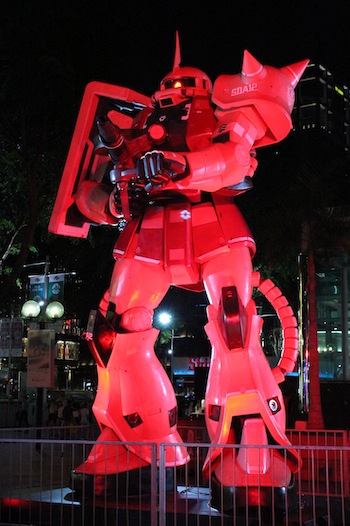 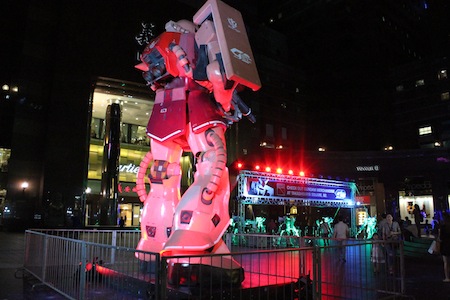 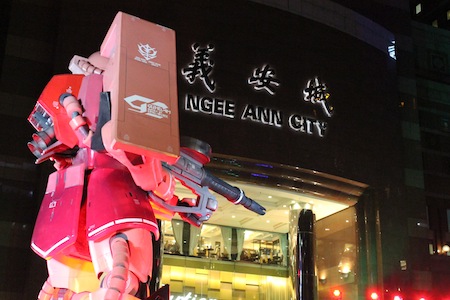 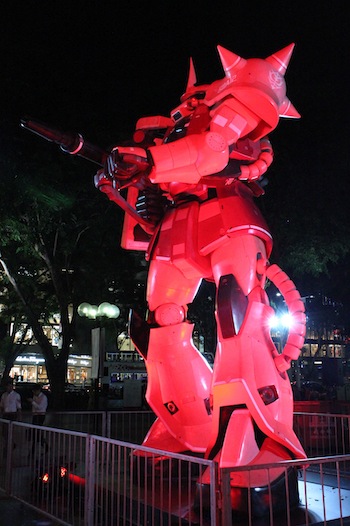 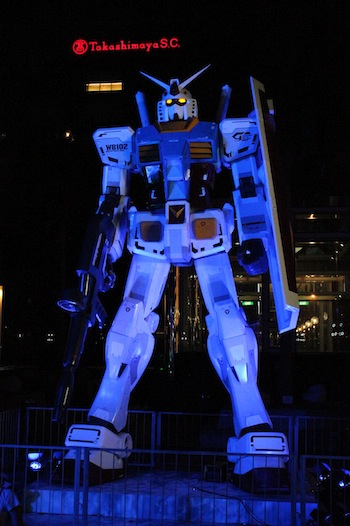 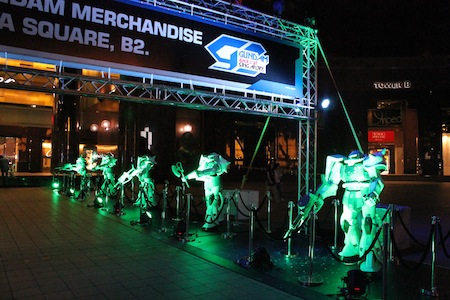 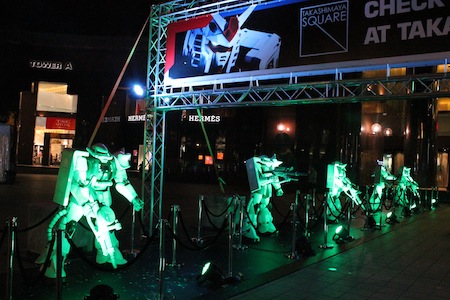 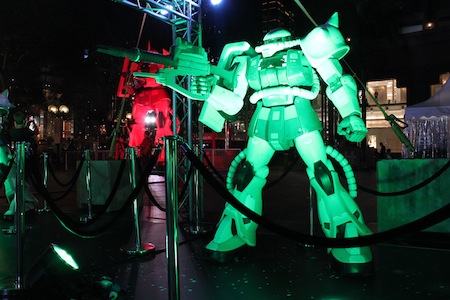 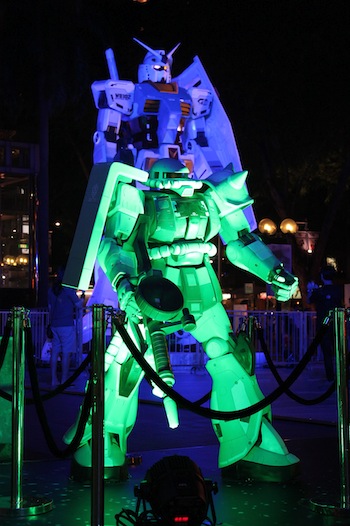 Here I am back @ Gundam Docks, not for more Gunpla but solely to appreciate the night view of Gundam and Zaku outside Ngee Ann City. In fact I was there before the start of my night shift duty. I must say the sight was magnificent though my best memory remains with 1/1 scale Gundam RX-78-2 @ Tokyo Diver City Gundam Front. There were a lot of people taking pics and selfie with the majestic statue. Click HERE for pics taken during the day. Unspokenly... Red lights for the Red Comet 1/3 scale Char's Customed Zaku II. If you noticed, the monoeye of 1/3 scale Char's Customed Zaku II would actually moved from side to side periodically. It was even more obvious at night. I have recorded a short video clip of the lightings presentation where different light spectrums were casted on the Gundam. Mist and sound effect were introduced to create the weapon firing effect from Gundam.

I'm so jealous man! How do these compare to the 1:1 statue in Odaiba?

The Gundam statue @ Odaiba is 3 times the awesomeness. I should have bought the beam saber umbrella at Gundam Front. The show at Gundam Front was spectacular especially the precise projection of lights on the statue. Top notch imaging. The taste Gundam waffle bought at the kiosk still lingers..

>> Rip666
My pleasure to spread the news and show u guys the sights and scenes. At first I didn't know about the show. Guess I took longer than usual taking pics there. Haha!

I didn't go Orchard Road for quite some time. So, I believe I missed this exhibition :)

Bro, this exhibition is lasting for almost a month till 28th June. There should be ample for u. Can just take a look while doing Great Singapore Sale shopping.