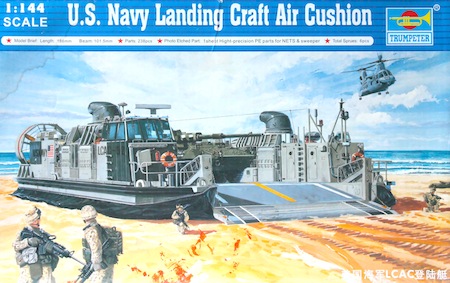 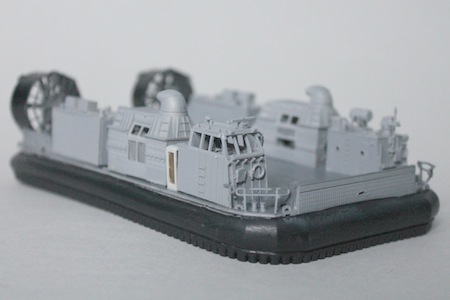 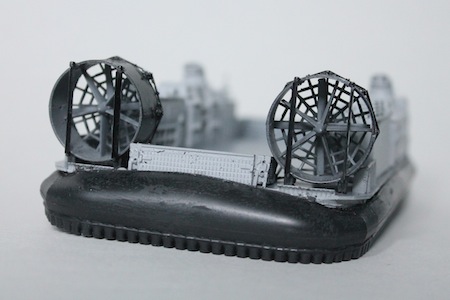 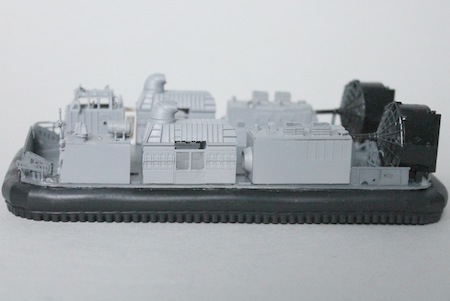 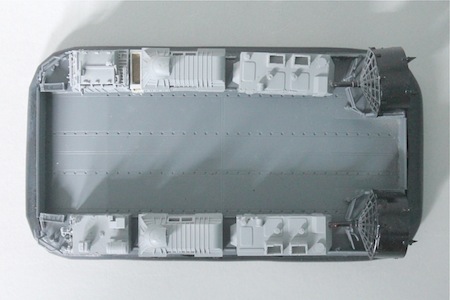 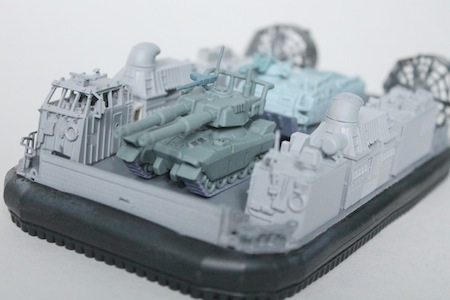 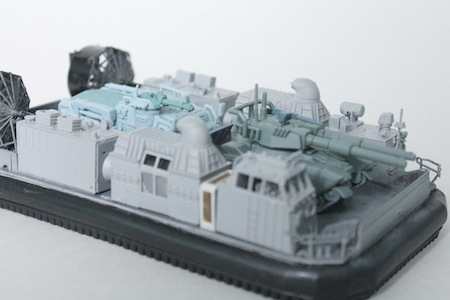 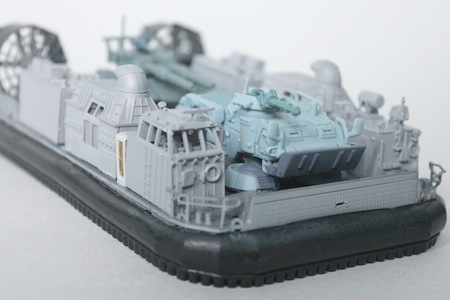 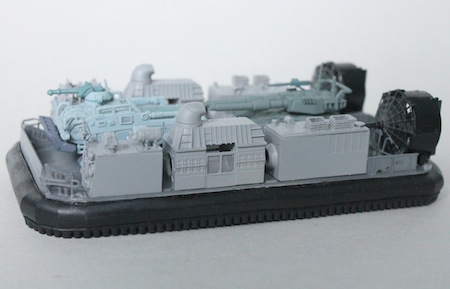 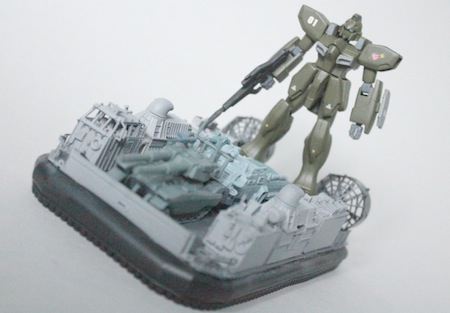 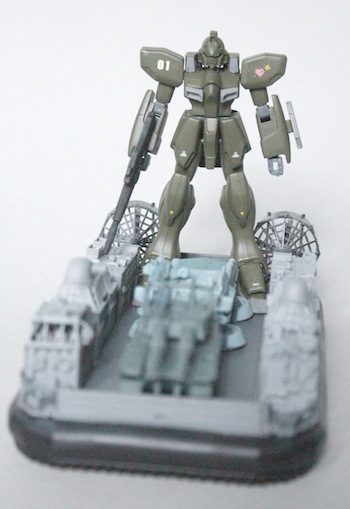 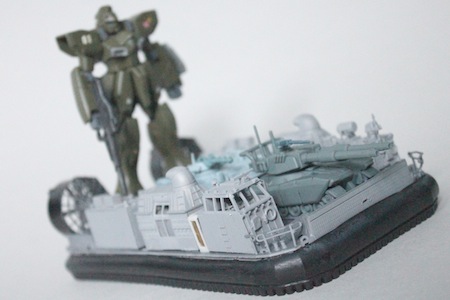 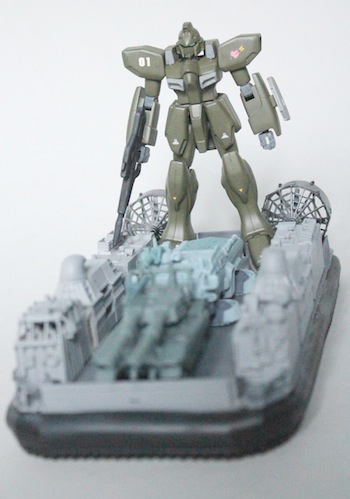 A surprise find @ China Square Central flea market of an assembled US Navy Landing Craft Air Cushion in short 'LCAC' model kit by Trumpeter. The first time I come across this brand was helping a friend sprayed his miniature rifle. I believed it's a China brand. The reasons of buying this kit are because I don't often see such amphibia vessel as a model kit and thinking of the fun factor throwing in some Gundam stuffs into the craft since the 1/144 scale is of the scale to HG Gunpla.

First, I managed to put a MSIA E.F.G.F M6IA5 Main Battle Tank into it. Followed by MSIA Type 74 Hover Truck and lastly a small version of 1/144 scale MS Gun EZ. These add-on definitely gave much imagination to the kit. On a serious note, during World War Two, US and allied forces relied on the landing craft to make the transition from ship to shore in the least amount of time with the least amount of vulnerability. The problem then was that these early landing craft couldn't always reach the beaches and would have to drop troops and vehicles in the water. Their slow speeds also made them vulnerable to shore batteries and machine gun nests.

Thereafter, US Navy engaged two companies in late 70's to design for hovercraft which lead to today's LCAC equipped with two large fixed propulsion fans at the rear and two nozzles forward that direct air bled off the turbines to steer the craft. The LCAC is capable of carrying payloads up to 60-tons (up to 75 tons in an overload condition) at speeds over 40 knots (speed is dependent on load and sea-state). Fuel capacity is 5000 gallons and the LCAC uses an average of 1000 gallons per hour. LCAC entered service in 1984 and a total of 91 were built through 2001. It first saw combat in Desert Storm.

well, this is something new for me, i have seen several models of hovercraft, but this guy takes the topic to the very next level !!!... it’s huge and a voracious fuel consumer also, the level of detail is good for the size and works fine with the Gundam kits you added for the photo shoot... actually, it gives much more realism to the Gundam equipment, almost like it were part of the regular army weaponry, great addition to your collection !!!... =)

>> Chrismandesign
Yeah pal... This is one awesome hovercraft and one unusual to my collection. I like the way it blended with my Gundam stuffs. Hope to see those hovercraft collection of yours as well. Cheers ^_^

>> Rip666
This was a lucky catch! As for diorama, I see most are customed made. Kotobukiya seems to have released some. Good to check those out.

Bro, are you going to paint this in details??

Nope. I'm pretty happy with it. So going leave it as it is. Moving on to some other things. Hee Hee