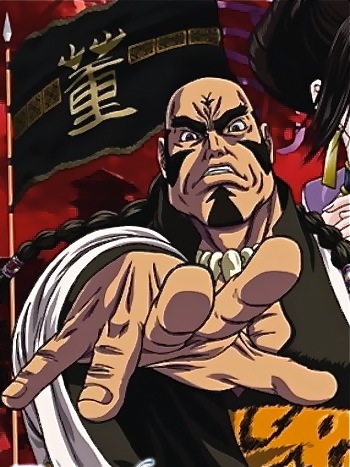 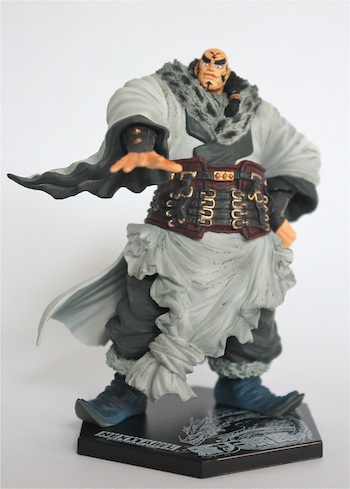 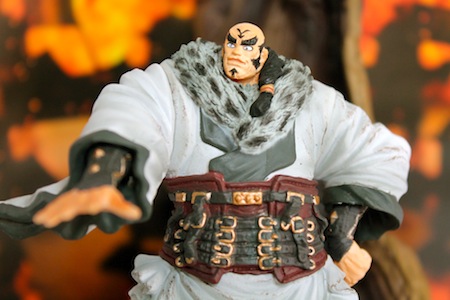 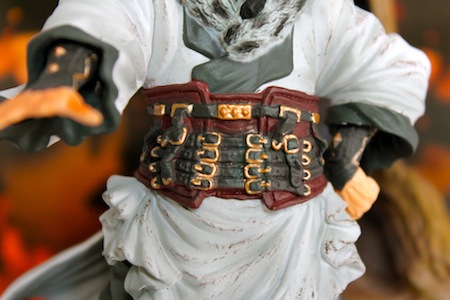 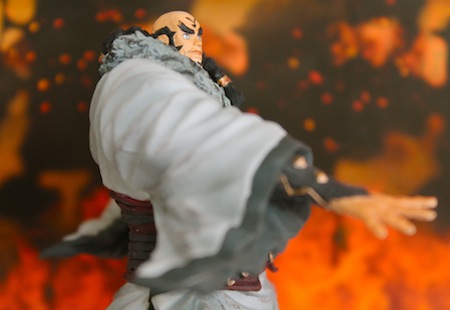 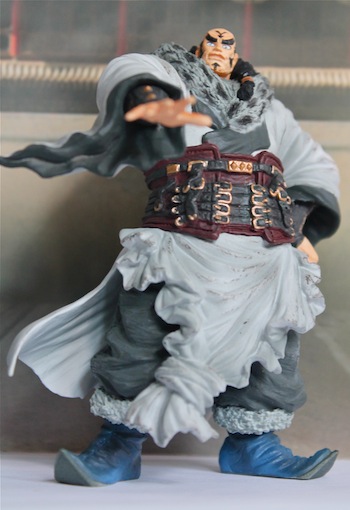 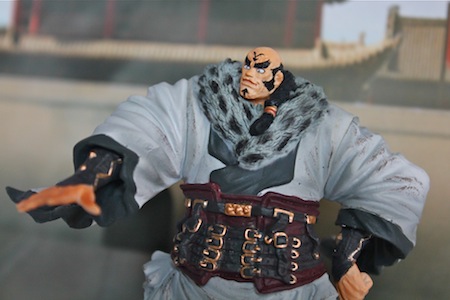 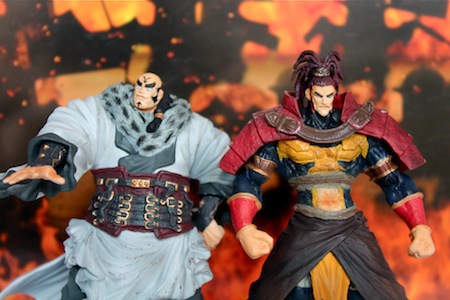 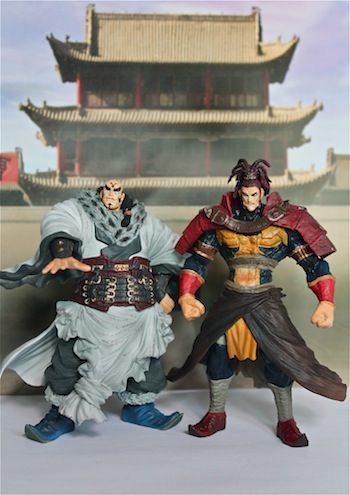 Here's a last figure from the first wave of Souten Kouro, 'Beyond The Heavens', 蒼天航路, 'NEXT LABEL' figure series released by Union Creative in late August 2010. Dong Zhuo is said to be the most hated tyrant during the era of late Han and the man who corrupted Lu Bu to becoming notorious for betrayal. Dong Zhuo was initially a warlord of the northern territory which explained the cold climate attire with animal fur by manga artist, King Gonta's illustration.

During the conflict of 'Ten Eunuchs', Dong Zhou had pretended to take the crown prince under his protection, replaced the rightful emperor and treated him a puppet. As a prime minister, Dong Zhou had scattered the seed of evil to the dynasty and caused suffering to the people of capital 'Loyang' from seizing properties and women snatching. He even torched and burnt down the capital city while retreating from allied campaign at the battle of Loyang.

In historic record, Dong Zhou is a huge man but he was definitely not bald and appeared like a wild monk like this figure. Anyway, this trading figure stand approximately 11cm and come with a well designed hexagon black stand. The figure is well balance and stand on its own even without the stand. This figure in particular has an outstanding quality and finishings with pre-painting like weathering effect and nicely sculpt contours of fabric. I would say the figure is well painted with much facial definitions.
at August 21, 2014

He is a big man when I use Liu Bei to fight him in three kingdom games.

>> deSMOnd
Yeah this guy is huge and should be grossly obese to think that he had lived such a lavish lifestyle.. Lol.. That Three Kingdoms game must be Dynasty Warriors ^_^

at first sight this character looks ambiguous... for some reason i associate fat people with goodness... but the face of this guy lets you see hate, fury and madness... the figure, on the other hand, does justice to the anime original, the apparel is very unusual, you expect a sort of armor from a warlord, but the sash type belt seems appropriate for a warrior... great series and great set of figures you got there, pal !!! =)

Well, I have chubby nice friends around too. I remember I used to follow a fellow blogger, Chubbybot and Ngee Kiong is quite a cool dude too... Souten Kouro has a different angle of portraiting some of these three kingdoms character. Dong Zhou is probably seen to be more of a barbarian lord in this case.