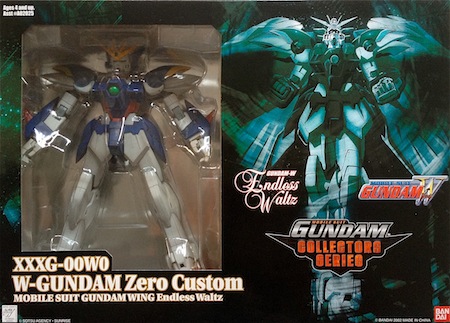 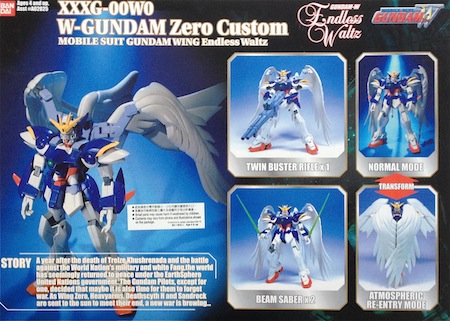 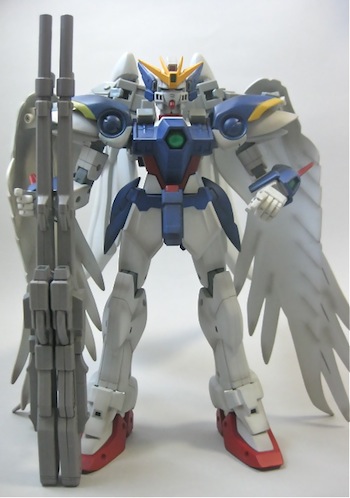 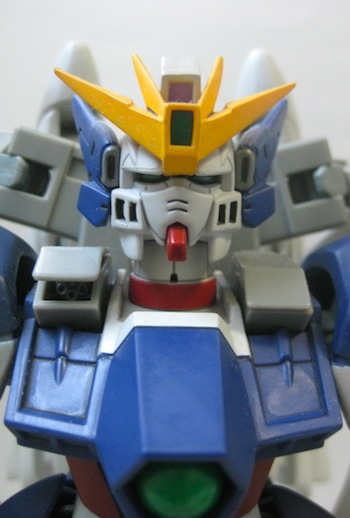 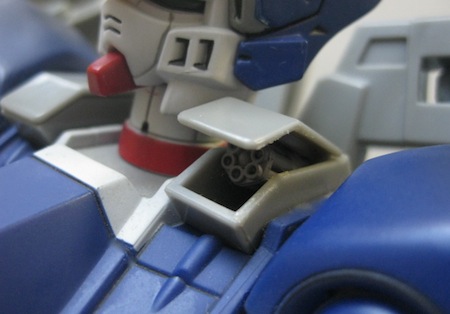 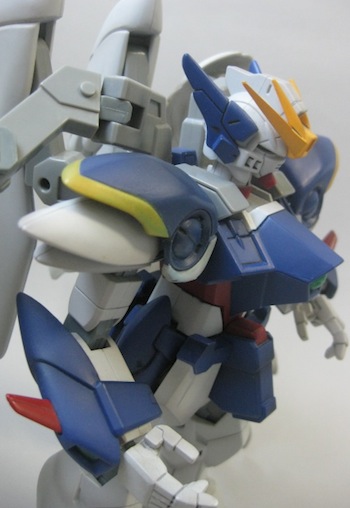 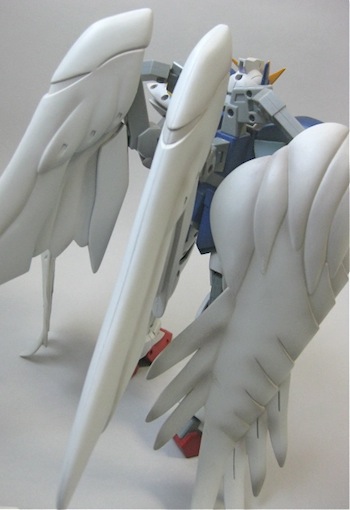 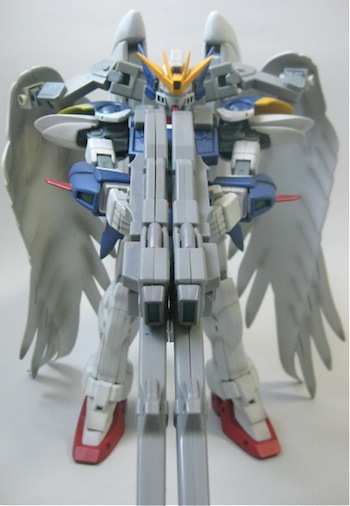 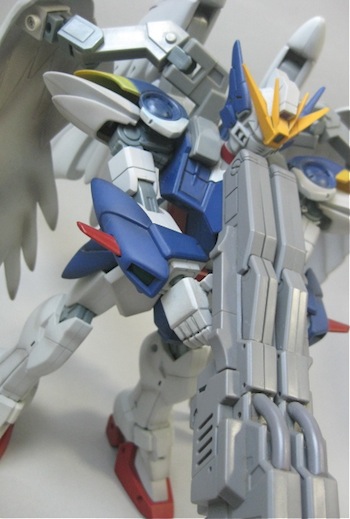 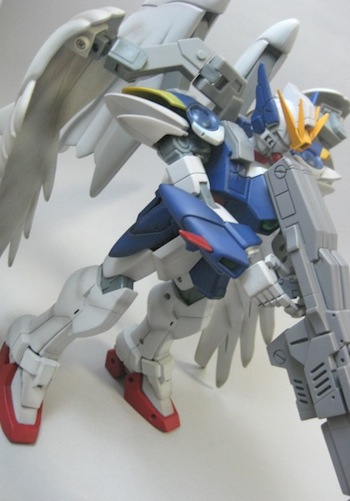 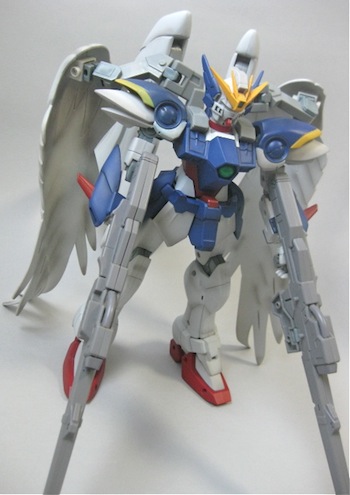 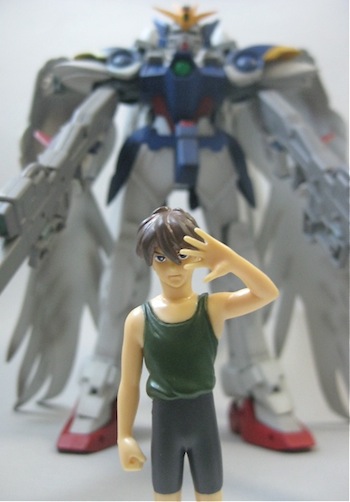 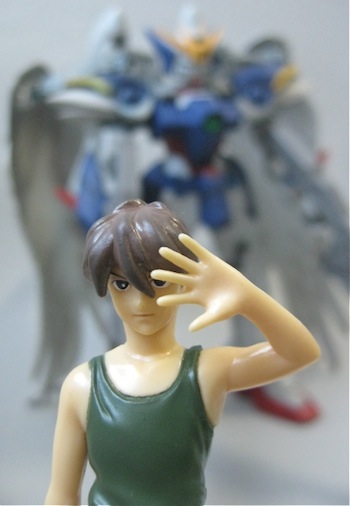 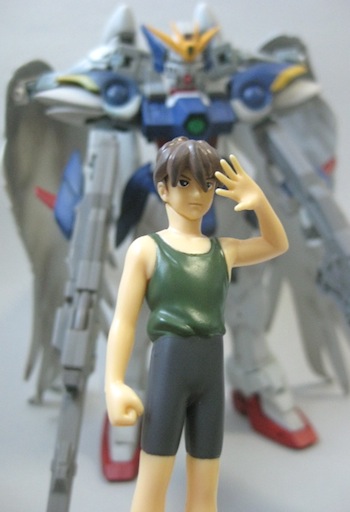 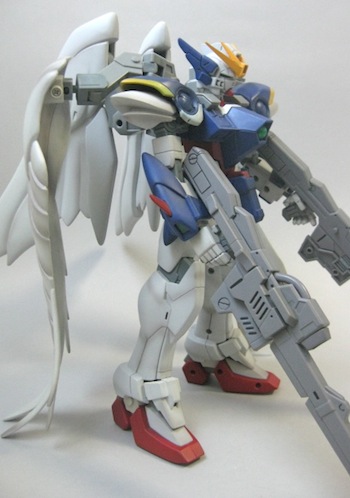 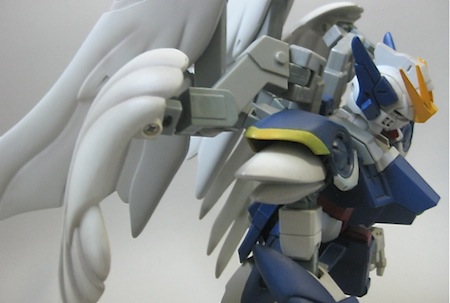 Even though most of the 12" Gundam toy line had discontinued, Wing Gundam Zero Custom Collectors Series will be remembered as one of the best 12" (1/60 XXXG-00W0) action figure Bandai has ever made made for asia market. From the popular Wing Gundam anime OVA 'Endless Waltz', this fantasy and reimagination of Gundam Wing Zero is like an angel sent from orbit to save humanity had been made to big scale action figure and possessed a high quality sculpt and paint job. A wonderful piece of toy for display.

This is by far a 12" action figure by Bandai with so much detailed paint job with even weathering effect on both the wings. An action figure with joints on many areas of limbs and wings for the posability and flexibility you’ve come to expect. The armament includes the beam saber as well as the signature Twin Buster Rifle which could be split up for both arms handling or fused together to recreate the anime pose of blasting through enemy underground base. Not forgetting another gimmick like openable shoulder pad for gattling guns and it can transform to atmospheric re-entry mode. The toy doesn't come with the figure (Heero Yuy). It's just my style to get the pilot in the pics whenever possible.
at August 17, 2014

with a 12" size, this must be an impressive figure to have... add to this the fact that the Zero Custom is one of the best (if not the best) revamp of an already nice Wing mobile suit and you will have an excellent collectible !!!... the PVC parts show the pass of time, but the plastic resin (or ABS plastic) look still almost intact, i’m sure it has a good range of articulation (maybe not as much as the corresponding model kit, but pretty much)...

by its size, i would say that the photo shoot should be a little nightmare, since a 12" figure need lots of background !!!... =)

Bro..Are the wings made of soft rubber?

>> Chrismandesign
Yeah, the toy sure stood up to the test of time which goes to say the toy is well made to start of with. True that due to the size, I couldn't do much wide posing since my grey card board could only accommodate that much.. Heehee...

>> deSMOnd
Oh yes that part is made of soft rubber. Kind of closer to wing effect. Even soft it exhibited good strength as well been able to support the weight of the toy...

Such detail on this large figure and I also like the shoulder guns being hidden and can be opened. I love the wings on this and they did a nice job.

Yeah, Bandai did it right on this. It makes a good toy to play with and looks great on display. Furthermore, this protagonist Gundam is popular among fans!