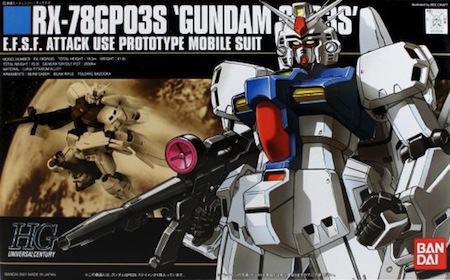 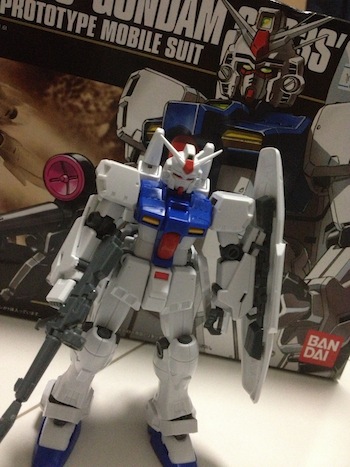 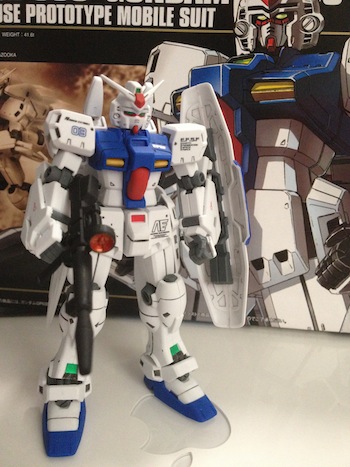 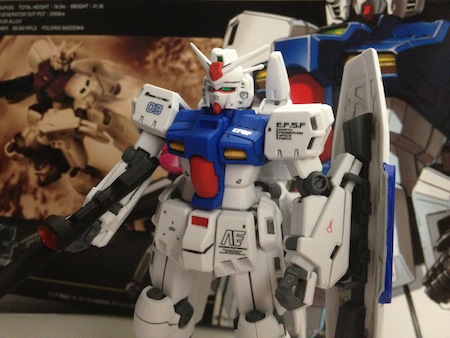 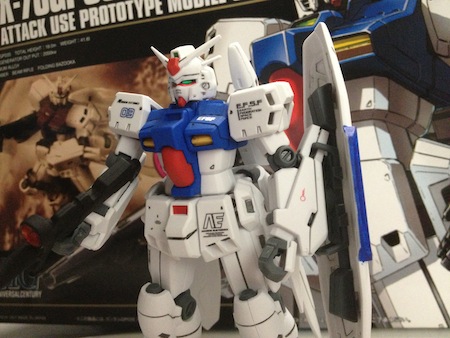 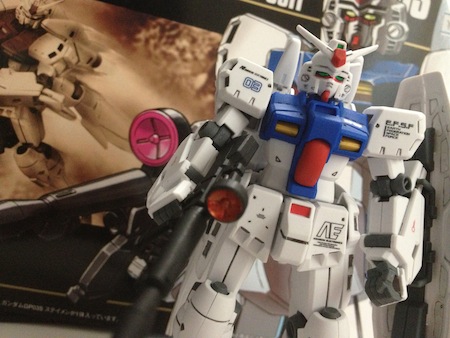 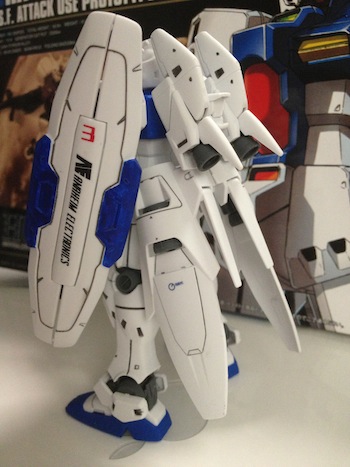 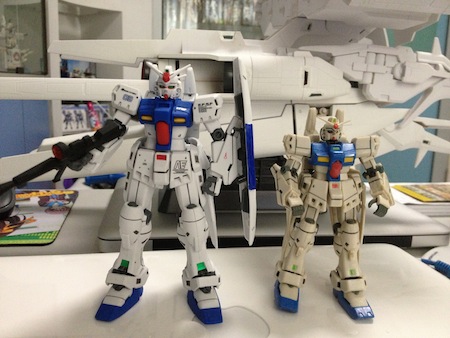 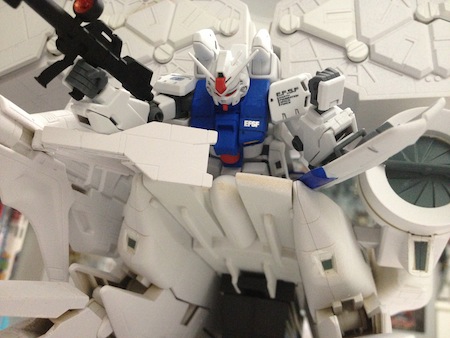 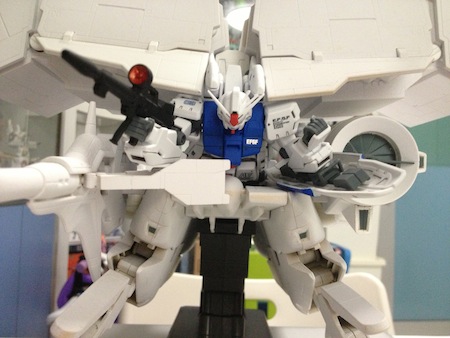 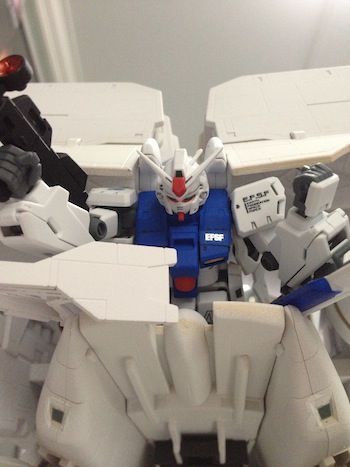 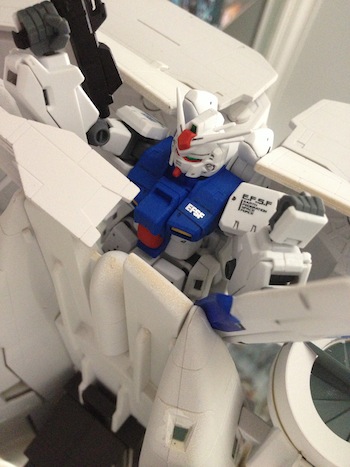 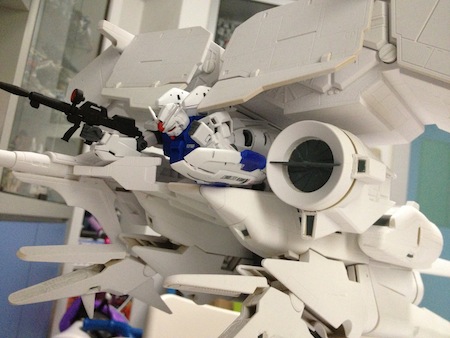 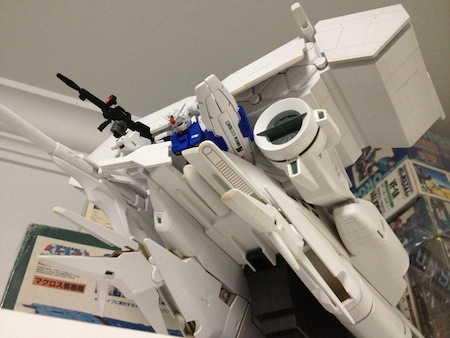 I had previously sprayed my MSIA Dendrobium flat white but did nothing to the stamen. After long period of exposure to humidity, the PVC had succumbed to yellowing and the surface sticky. A stroke of genius to savage my toy on display was to replaced the MSIA stamen with HG Gunpla. This 1/144 kit was released in Dec 2001, though bigger that the MSIA version , managed to just fit in the Dendrobium and any bigger mounting would not be possible.

Pretty simple kit that required only easy straight built, the kit is fairly proportion and faithful to the anime appearance. Beside the basic armament like beam rifle, beam saber and bazooka. Bandai had also thrown in an addition core fighter which could not merge with the Gundam. Since it was an old HG Gunpla, the beam saber came entirely in white plastic rod without clear beam part. The gimmick would be the extendable forearm with clip and flippable shield. The finished product I did had be treated with panel lining, application of some third party water slide decals and matt top coat.
at April 28, 2014

this publication brings back good memories, since this model kit was the second i got for my collection... i was hardly beginning so, i just made a simple straight built, but it does look great anyway... actually it wasn’t easy for me the assemble it, probably because i’m quite rookie LOL... along with the Dendrobium looks intimidating !!!... so far mine has not suffered the yellowing process... =D

Cool to know that both of us have this HGUC. Compared to MSIA, HGUC seems more resistance to yellow when left in the open. Dendrobium is too big for me to keep it in shelf. Heehee.. Singapore weather is humid and hot so it made it easier for toy going yellow.

This is very huge!!