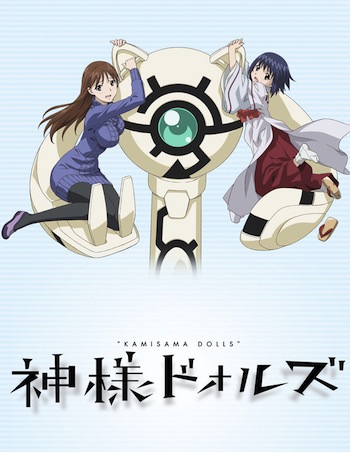 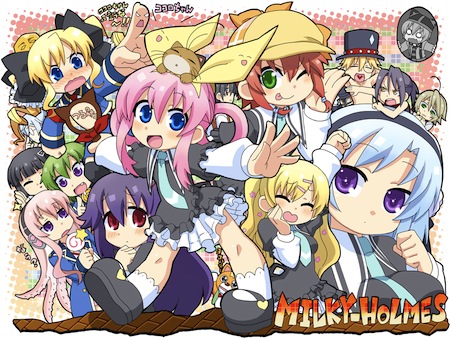 Milky Holmes - Don't be deceived by those kiddish looks, its for matured audience above 13. Can expect good laughs. The cuteness of female villain Henriette is hard to resist... 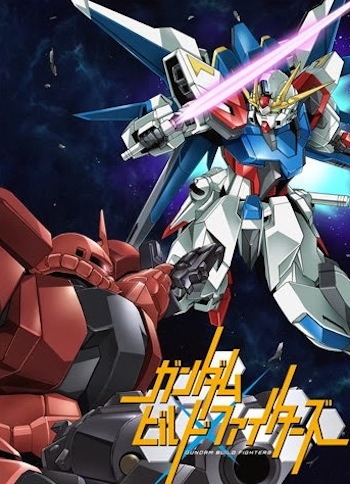 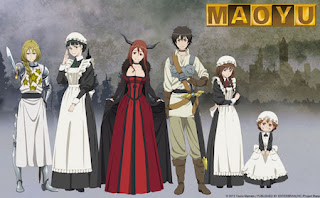 Maoyuu Maou Yuusha aka Devil Queen - Not the devilish queen one would expect. For a knight fantasy anime, it kind of lack the action. The first 5 episodes were a lot on agriculture. It's quite an intelligence anime in my opinion 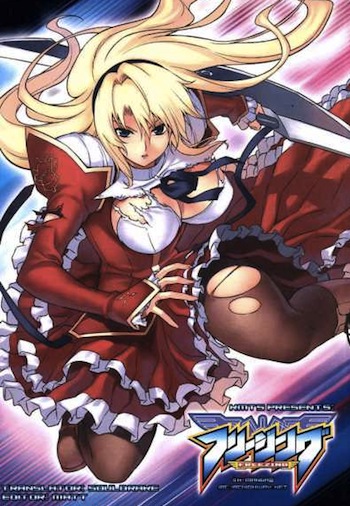 Freezing (Season 1) - Under ecchi anime but just the type of girl fights with gorgeous female protagonist any anime need. 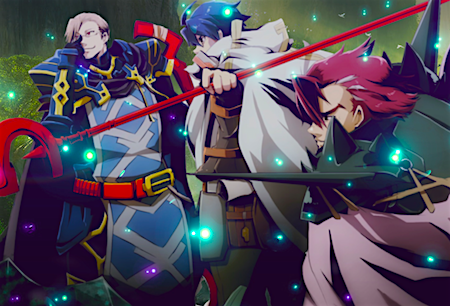 Log Horizon - Many might compare it with SAO, however Log Horizon is a class of is own. Also trapped in MMORPG, Log Horizon has a more in depth explanation to the game concept and strategies 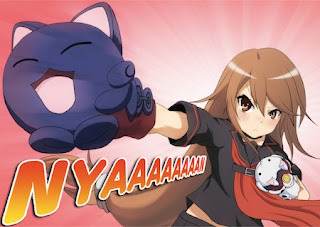 Okamisan and Her Seven Companions - Good humour and friendship in this anime. A lot of anticipation on the development between the male and female protagonists. Can relate some of the characters to childhood tales 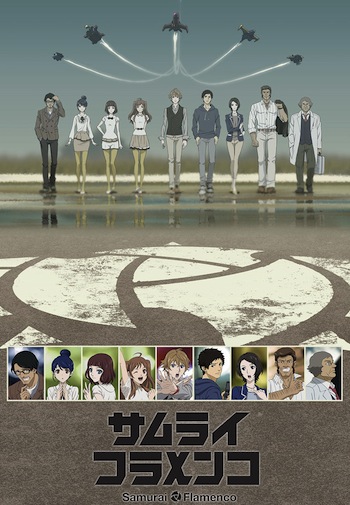 Samurai Flamenco - With its colourful and outlandish animation featuring the likes of Sentai heroes and Voltes-V-like robots battling alien lifeforms, one could be forgiven for thinking Samurai Flamenco to be a straight-up otakuish indulgence for Sentai warrior fans. Beneath its appearance, SF dwelves deeply into the psychological make-up of its tragically flawed characters. The result is akin to a mash-up of a Haruki Murakami novel presented in a most unlikely medium which may please neither fans of Murakami's surrealist novels nor power rangers fans. Nontheless, the anime does score points for daring to do the undone, at a time where most animes take the formulaic route of heavy fan-service coupled with a barely passable story. (Reviewed by Guy 'A') 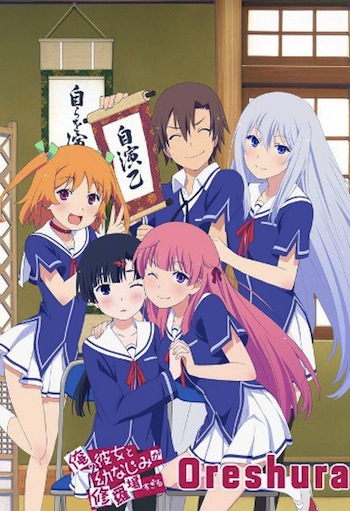 Oreshura - A guy trying hard to avoid the route of harem but found himself surrounded by childhood friends, past life and fake girlfriend. Highly hilarious and sweet romances 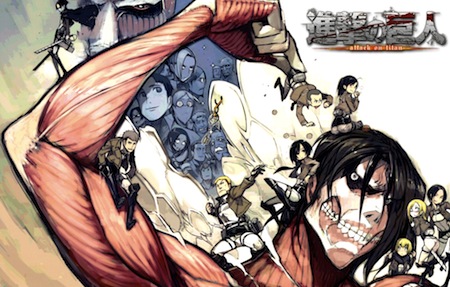 Shingeki no Kyojin aka Attack on Titans - Man eating giants putting mankind in desperate situations or  rather depressing and sadistic. Got me engaged to the characters and things they got eaten or killed. Totally stunned me when male protagonist got eaten. An anime that everyone is talking about. Hoping the anime wouldn't get draggy due to its popularity. News about the author not knowing how he should end it as his intended ending might drove many fans to despair 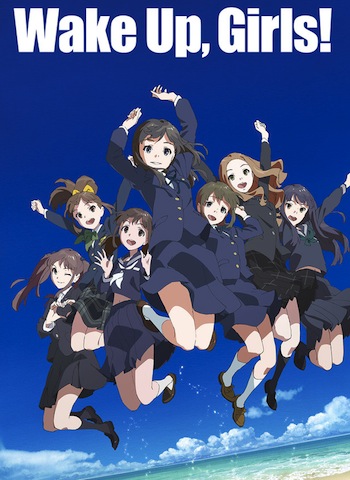 Wake Up Girls - Watch this anime with my wife but all I could remember was girls dancing and pantsu. Well, I do like the opening song a lot. The genuine friendship between the 7 girls and idols like AKB48. Did some searches online to find out that the CV really formed a girl idol group WUG! 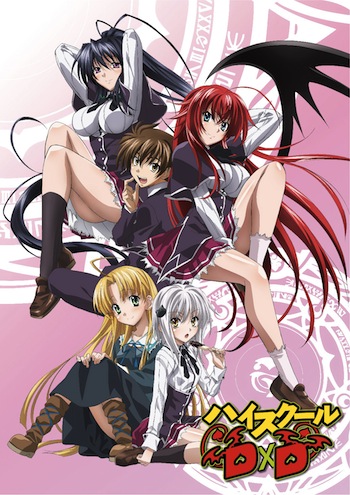 Highschool DxD - OMG! Nose bleeding anime that's manned only for matured audience. Prez!!!! It's king of harem, shameless and boost gear. Beside all the good laughs that's can be pretty sexual, there's good fight scenes and female casts that's going to milk you with those bishoujo

I have been leading a more otaku lifestyle lately with the availability of anime channel (Anime Plus) on my subscribed television package. The subscription was previously manned for my mother-in-law, who was a big Taiwanese drama follower. However, after her passing, I would just switched on the TV whenever I'm at home even if I'm not watching cos I'm so used to having noises at home. Hope it didn't sound too creepy. It was when I started discovering 'Anime Plus' apart from watching anime on iPhone when traveling on public transport. Mecha anime used to be my main genre and now I'm more receptive to other genres. My complaint was those censor beams and flowers over blossom irritated me a lot. A wise friend once told me "Not all anime have mecha as toy but almost all anime these days have bishoujo". How many bishoujo can you possibly buy?!
at April 29, 2014

heya can you please recommend me some creme of the crop type anime (really good anime), no tricks please... ;)

man !!! you have had a lot of time... it looks like LOL... well, the only anime in your list i have watched, is Attack on Titans and is definitely a refreshing approach to the stories set in alternative worlds/universes... great mix of adventure, mystery, fantasy and the fight of humanity against a threat that could be the result of its own wrong decisions...

in the ocean of anime visual products, hardly i could be hooked by anything different to milestones like: Akira, Evangelion, Ghost in the Shell, Cowboy Bebop, Samurai Champloo and others i don’t remember at this very moment... =)

If you can stomach 110 episodes, personally i find Legend of Galactic Heroes got the some of the best storyline that Anime world ever seen

>> burntrolls
This is tough... There are those which I like a lot but didn't suit the taste of my friends.

>> chrismandesign
I won't say I have more time now. It's more like filling up the time in between my errands and obligations. Another reason was that I was lately promoted and won't be paid doing OT. As such had reduced my frequency of working extra... Those anime titles u had mentioned are epic ones... Maybe Burntrolls can consider ^_^

I already like and watched those one but thank you for mentioning them, I mean new ones released in the last 5 years.

>> Yami
110 episodes are indeed long. I usually go for anime 12 to 25 episodes and moved on to others. I guess Dragonball Z is by far the longest I have watched. I have once started with Bleach but found myself losing the interest after a while.

>> Burntrolls
Seems like u are quite a big anime goer. Actually, I pretty slow catching up on anime would watch when the story or season come to a conclusion to save the misery of waiting week after week. I forget to mention 'Horizon in the Middle of Nowhere' & 'Space Battle Yamato' to the post... The 2 most recognizable anime the past 2 years is definitely SAO n Attack on Titans... Don't be afraid to ask me anything... Lol... ^_^