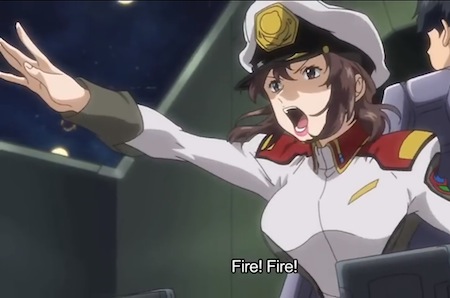 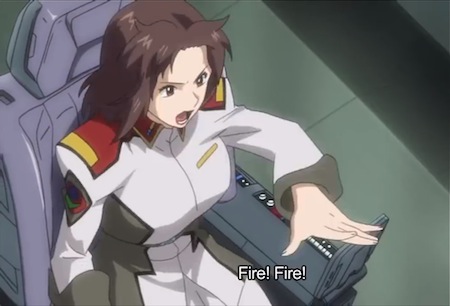 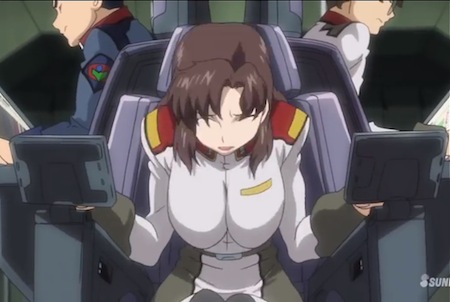 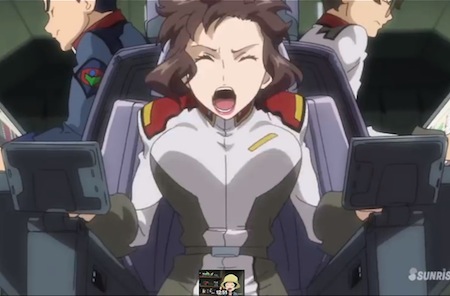 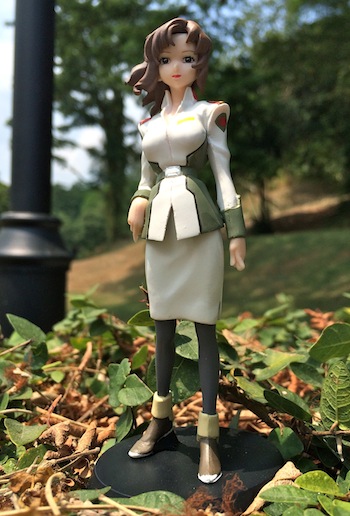 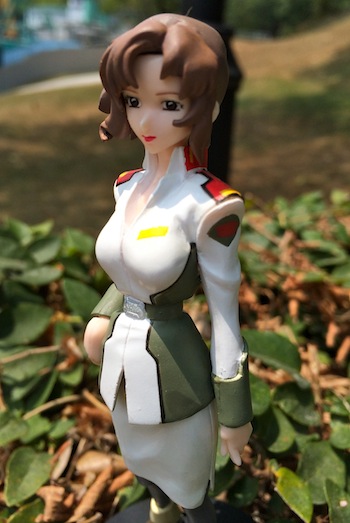 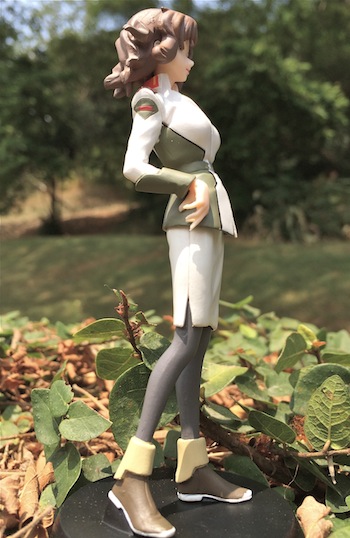 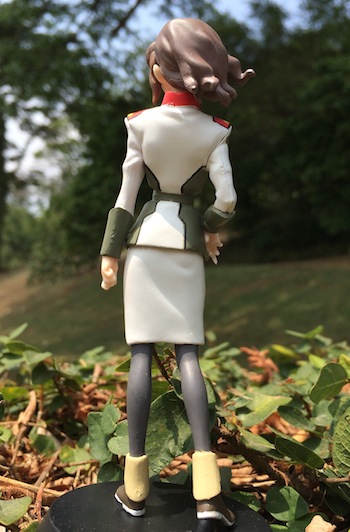 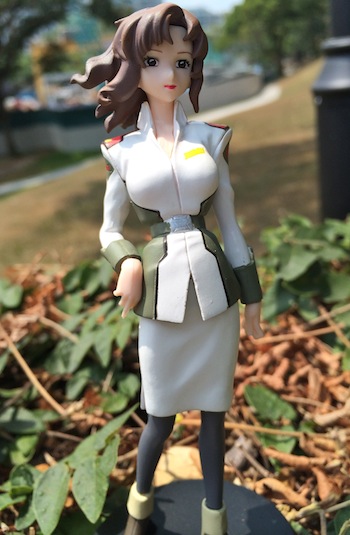 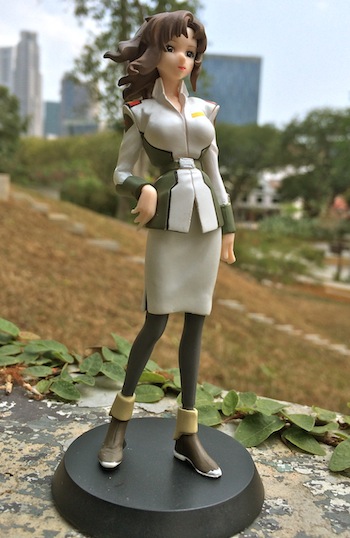 I'm currently watching 'Gundam Build Fighters' like most Gundam fans would and catching up on the anime on Youtube now that's free for view. Definitely an excellent business move by Bandai after all, the objectives are it's get more viewers to like the mecha and eventually buy more Gunpla.

Casting aside the different perspectives of Gunpla builders whether you are amateurs or pros, 'Gundam Build Fighters' sure has provided lotz of humours by making parody of themselves and at the same time brought back memories of Gundam mecha and characters from past Gundam anime. Nostalgic isn't it?

This post is definitely inspired after having watched episode 17th which the most hilarious moment was Master Chinan , the mentor Mao Yasaka and head of Gunpla Shingyo School, announced his favourite female Gundam character.

It's none other than the 'Goddess of Archangel' Miss Murrue Ramius! Maybe not the eye-candy to many however Miss Murrue Ramius has her own charming side and especially appealed to matured  male who appreciated her assets... Truly master class... Heehee... And for that reason, I dug out this Murrue Ramius trading figure from collection. If I got it right, this 5" figure with round black base was from Bandai's Gundam Seed Heroines Trading figure series 1 released August 2006.

Bro..its a good idea to bring our figures out for photo shoot..

Only use hand phone to take this few pics heehee

i think that is healthy to scoff on yourself every now and then, just because it helps you to have a weighted self-esteem... that’s why i really love this kind of series... i began to watch not so long ago Excel Saga and i have laughed a lot... =)

some big gashapons look like these trading figures and i think they are fantastic for display, complementing nicely other type of figures like model kits... this one with the outdoor pictures is charming !!!... =)

Hi Dennis, I had a question about your blog. Can you contact me at momopi@gazi.kr. Thank you!

>> burntrolls
There are days that we just can't stop the flow of inspiration. Hehe...

>> chrismandesign
I'm more inclined to just laugh it out kind of anime these days cos in this fast pace society, we often think too much. I'm seriously considering watching Excel Saga pal...

U will see me using trading figure for photo-shoot with the mecha they pilot cos they are ideal in bringing out the soul of damashii ^_^...

I don't have the kit of Arch Angel so decided on outdoor shoot. Beside, I always like the lighting outdoors. These pics were taken by handphone.

Murrue is definitely a beauty and eye candy. This figure is great as it does show her assets lovingly.

I need to catch up on this, but I loved the fact they have characters that are similar to the old series. My son wants to do this as he would enjoy piloting his own Gundam like we all would - even if in a VR
system.

Sunrise or is it Bandai always create female characters for different target groups... Seed is one that we could closely relate to the first Gundam series... I like the romance between Murrue & Mu La Flaga a lot too.

There is no reason why one likes a particular female character, one just...LIKES.

Just like we can never understand how love works lol... You are a philosopher bro ^_^