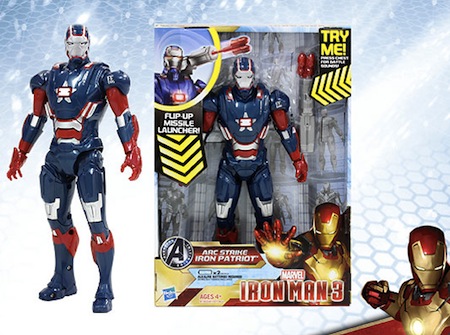 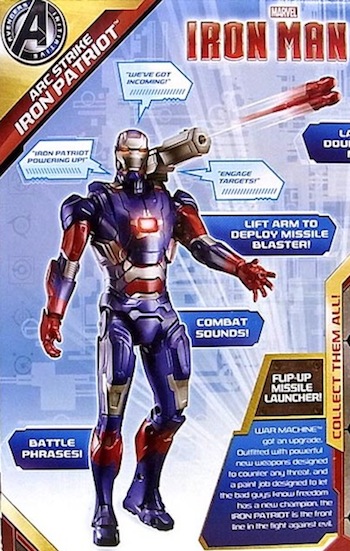 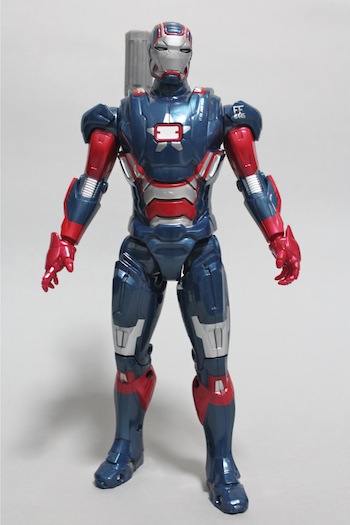 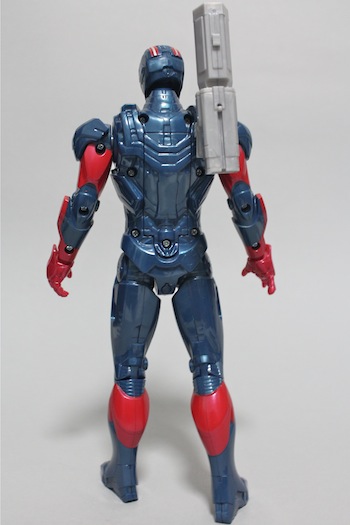 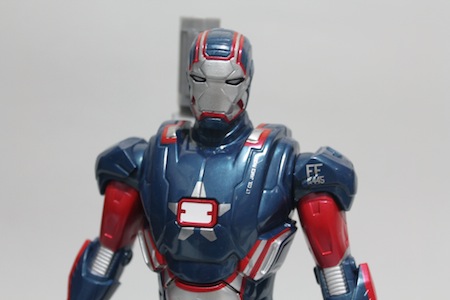 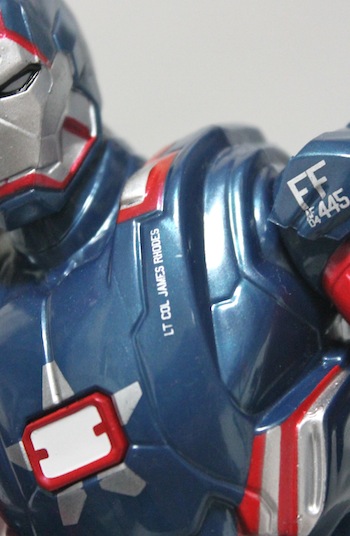 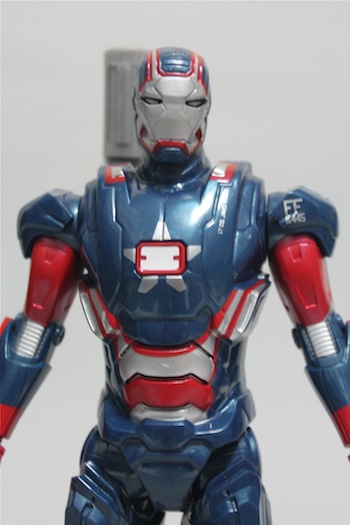 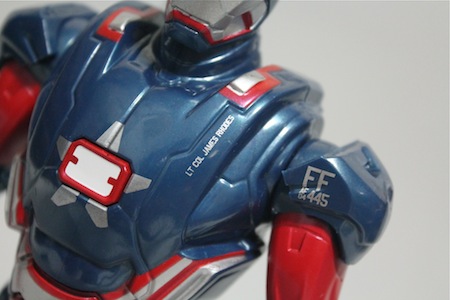 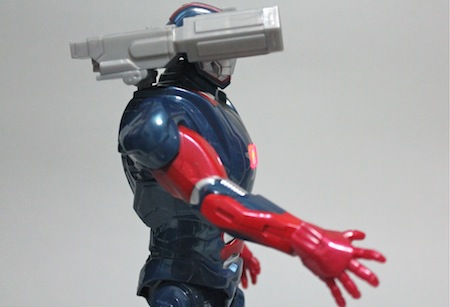 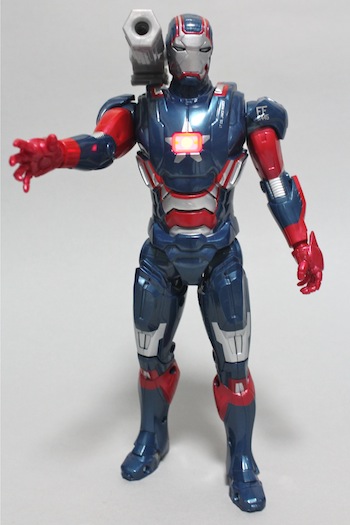 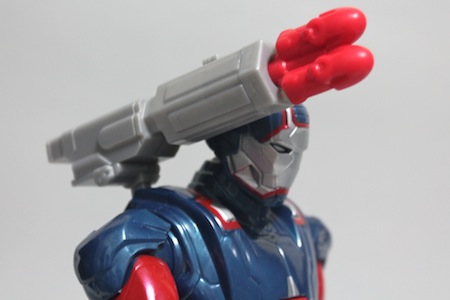 Christmas present which my son had chosen for himself @ Toy R'Us. It's a gift that I had liked as much as he does. Manned to be a robust toy for children aged 4 and above so I'm not really making comparison with collector's toys in terms of articulation and details. Nevertheless, the toy exceeded my expectation with its sturdy pose from front view which Hasbro had cleverly hide those screws to the rear.

The figure stands 10" with relatively decent paint job which I especially like the markings on the shoulders and Lt Col James Rhodes wordings on the left chest. The strength of Arc Strike Iron Patriot is its play value. The removable missile launcher, mounted on the rear right can move back and forth with the double-barreled missile deployed when his the right arm flipped up.

Arc Strike Iron Patriot was released in line with Iron Man 3 live-action movie whereby War Machine had been upgraded. In the movie, the savior and answer to U.S militaries' second generation armored soldier was teased as just a repaint in red, white & blue and repackaged using a new name.

Email ThisBlogThis!Share to TwitterShare to FacebookShare to Pinterest
Labels: Superheroes

Glad to see your son who is in love of the Iron Patriot figure :)

He already has a few red & yellow. Probably looking for a change.. Heehee

Your son must be really happy. I know I would. LOL

the quality in the Hasbro toys aimed for the kids has been improved quite a bit... i have seen a pair of toys of one of my nephews, a Hulk and a Captain America, approx 12" high and they look great, the articulation is not so good (in order to make them more sturdy and durable) but the sculpt is very nice... this figure must be from a similar line, 10 years ago it would be quite more basic than this !!!... =)

I guess Hasbro had to progress too to stay in the lead in terms of western toys. Apart from the plastic looking missiles, I think this figure is fairly well made for display as well.

I like you post Book escort girls online here & enjoy yourself after strenuous work in your office. Mostly, we have teenagers who have great understandings of foreplay with their clients. You will feel great satisfaction if choose these sexy escort girls
Mumbai Independent Escorts