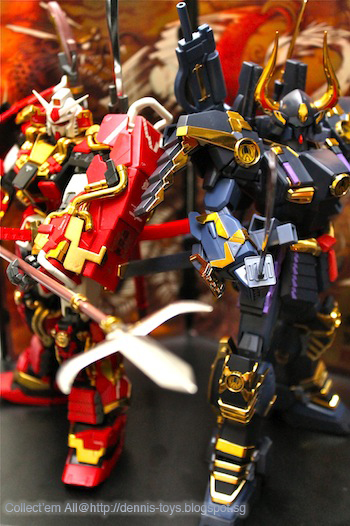 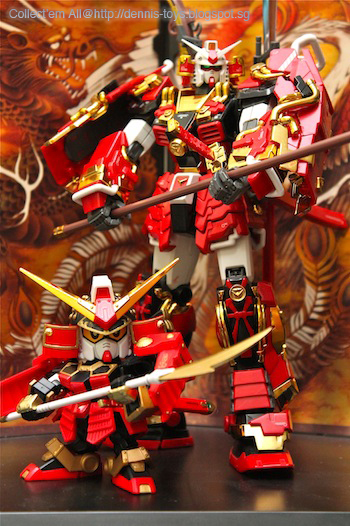 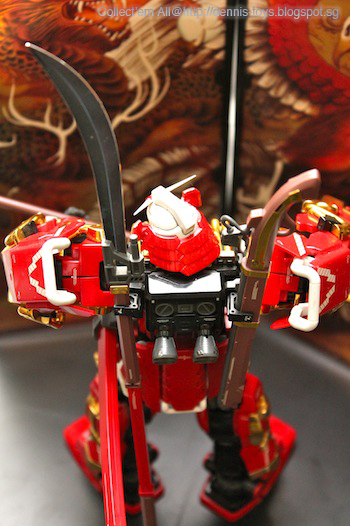 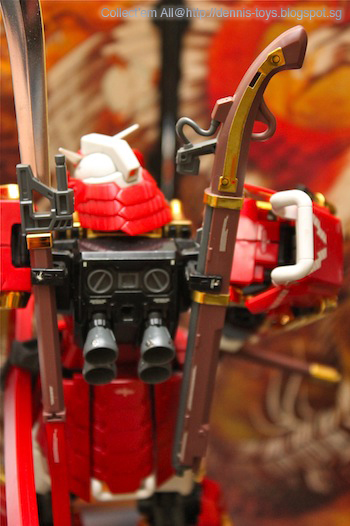 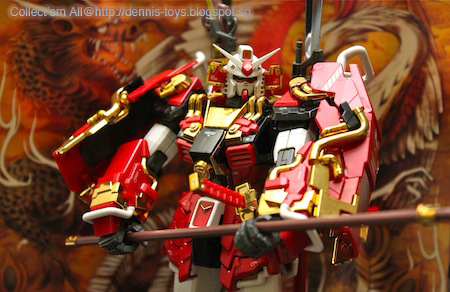 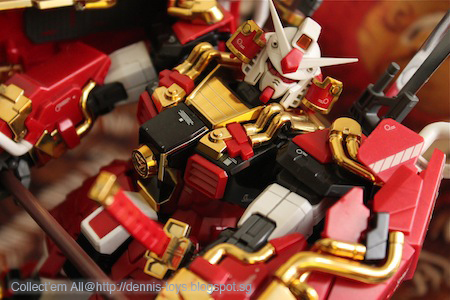 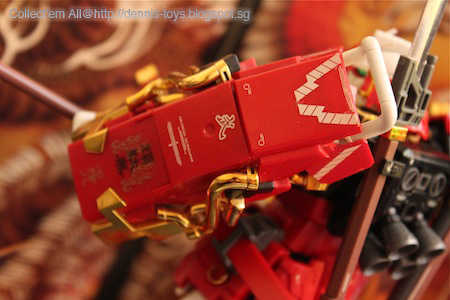 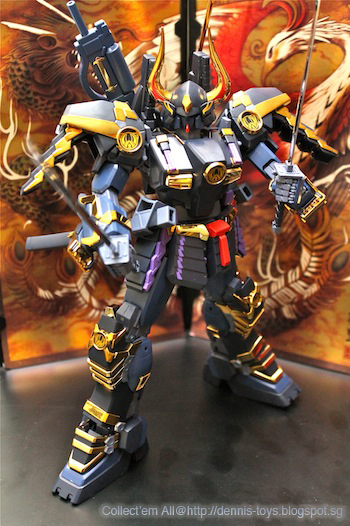 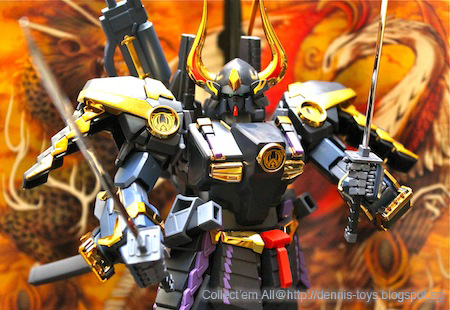 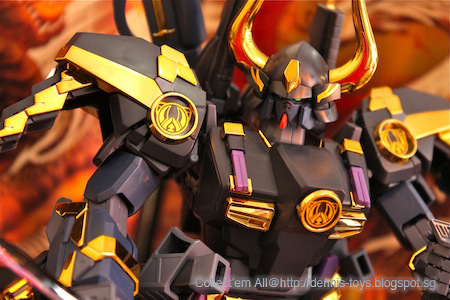 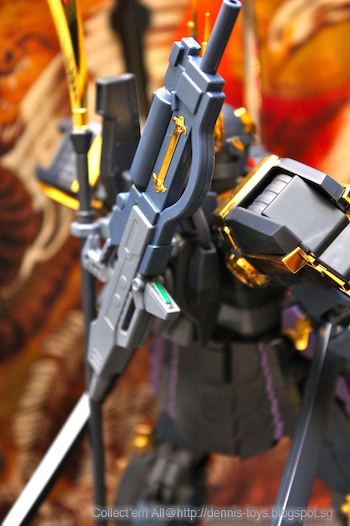 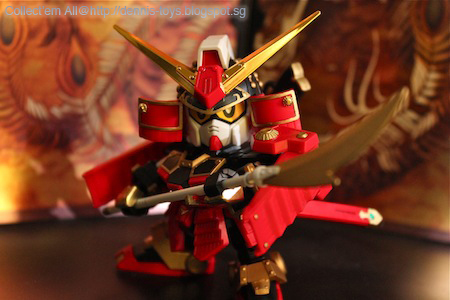 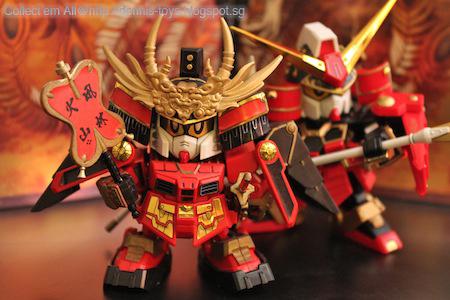 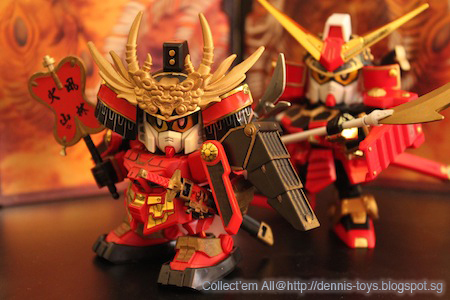 You probably know that the design of the 1st Gundam was based on how samurai looks like therefore its naturally cool for Gundam to take on the musha concept of shogunate. Just want to show you some of my friend's collection dedicated to MG Musha Gundam from MG to BB series. MG Musha Gundam was straight built with decals. MK II (Naval blue) was straight built and BB kits had gone through touch-up by Wei Xian with paint markers. The backdrop really sets in the atmosphere and those chrome made the Gundam even more majestic.
at September 10, 2013

the Mushas !!! *sigh*... they are simply delicious and look awesome even without any finishing !!!... the samurai armors are full of beautiful details and sometimes they are very colorful, all those elements were nicely integrated to the mecha design ij these Gundams !!!... =D

The Red Gundam looks good and the blue one looks fierce..

RX-78 with samurai armors. The gold coating on the armors so shiny ^_^

my gf said thanks :)

Cool toys! I like them best, forever.http://www.modelhigh.com
is a gundam shop that with series of guandam toys.I like it ,and if someone does the same to me ,you can catch it

If I had to pick, this would be the Gundam I would want to pilot. I love the mix of old Japan and Gundam.

>> chrismandesign
Indeed, recent MG looks very decent from straight built and based on the realtype Gundam samurai cloth series, each of these Samurai Gundam bear their own insignia, representing their clan.

>> wei xian poh
No prob! Thanx for allowing me do this review of your kits.

>> bluedrakon
I would like to pilot GM cos I luv grunt units. But survival rate is kind of low. Lol.. Samurai & Gundam sure is a good blend..

>> LEon
Wei Xian is happy man with these collection. Ultra nice when put similar stuff together.