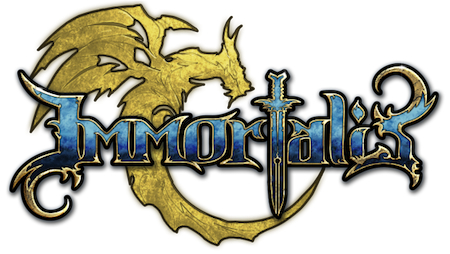 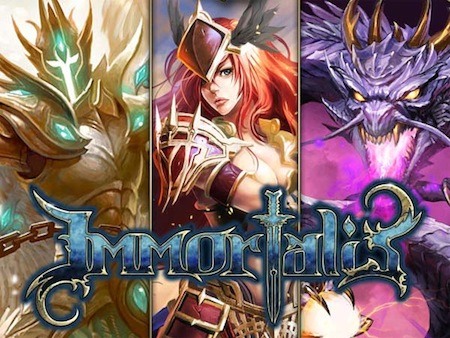 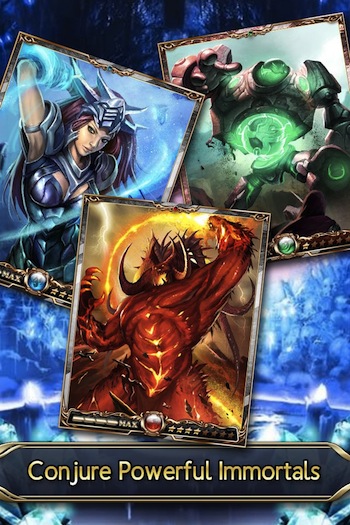 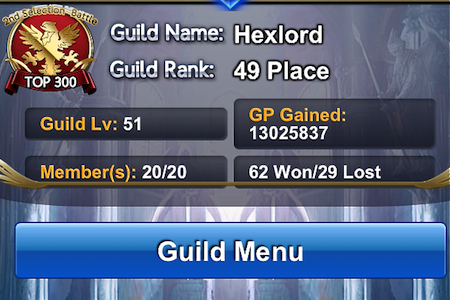 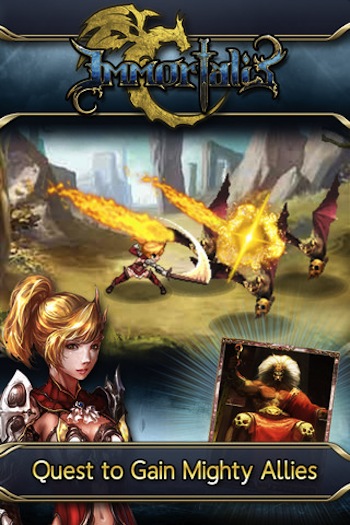 Immortalis is the game that I'm currently playing! I was introduced to this card game by my wifee and had then fought along side with her valiantly. I must confessed that the game is very addictive and it had taken a tone on my body by having to wake up 1am, 4am and 7am Singapore time to enter every guild battles.  The game is only available to iPhone user and the fun part is that the immortal cards can evolve, level-up and ultimately be used in guild battles.

Each guild can hold up to maximum of 20 members and reaching the top requires active participation and sound tactics, therefore teamwork is important to keep the synergy going. I would say my guild had reached a mature stage through ups and downs and at the lowest point whereby argument among other members had became so disheartening. Still, the game has its beauty of drawing me back to the game!
at February 23, 2013

oh well, maybe if they get it on Android, I can join up. It must be great to have had your wife share this with you.

>> Bluedrakon
Now, my wife and I have more things to talk about based on common interest. She's pestering me for cute looking cards.... Lolz..

>> deSMOnd
Thanx bro! Now, I'm trying to spend less time on the game. Don't want it to consume me..