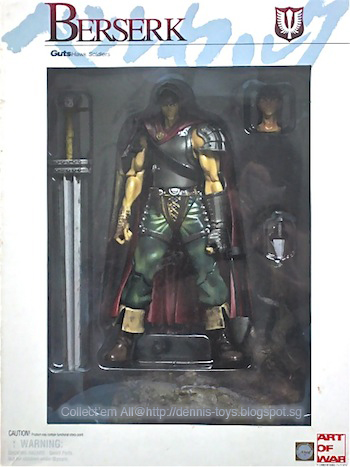 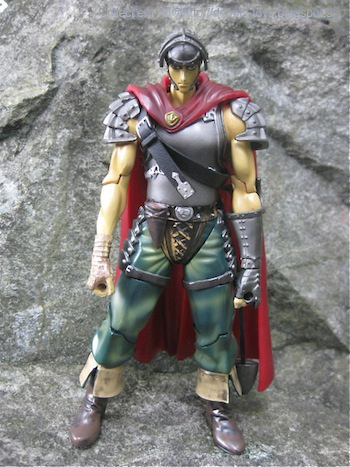 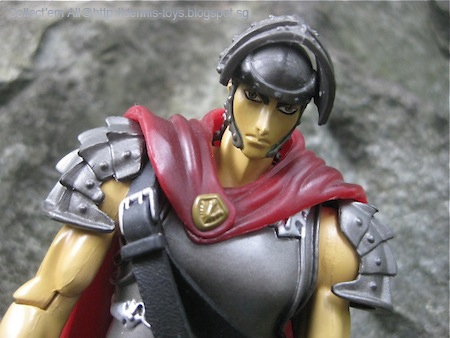 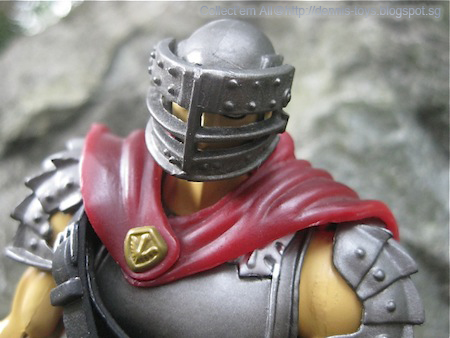 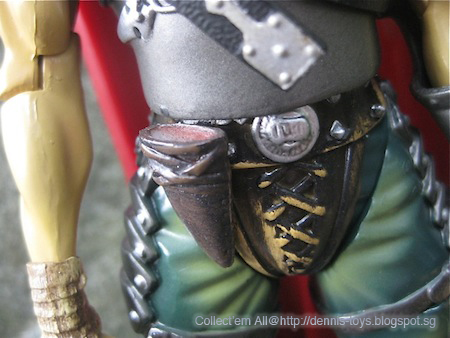 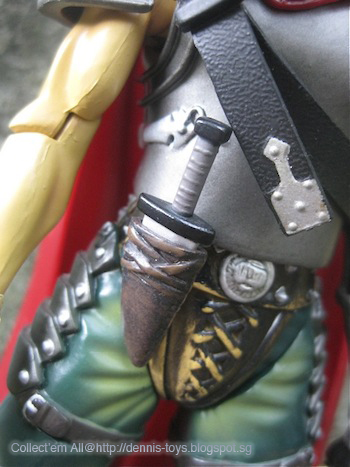 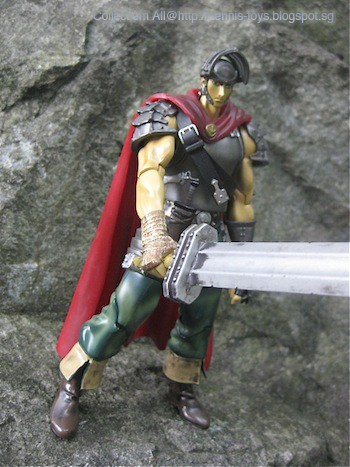 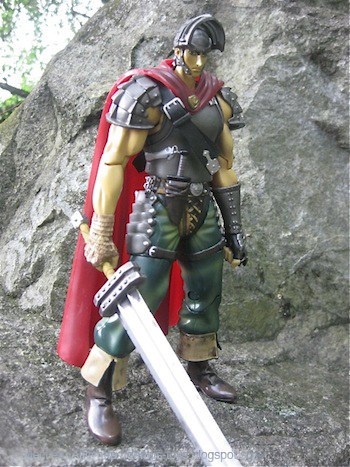 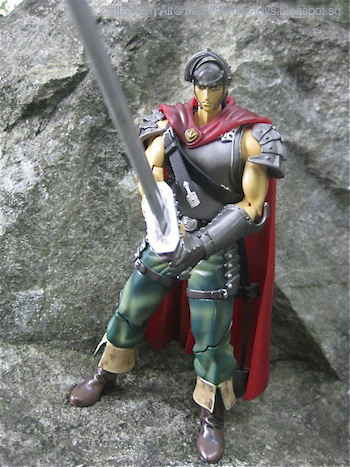 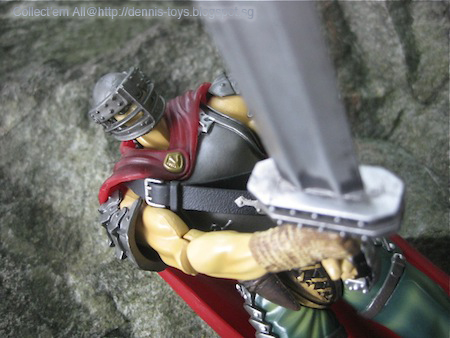 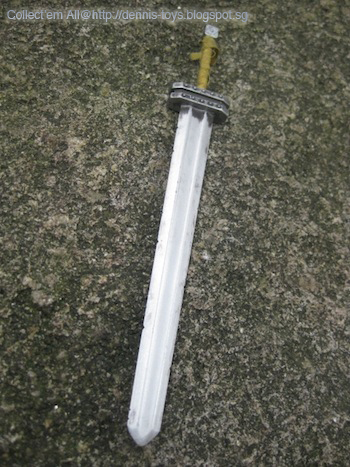 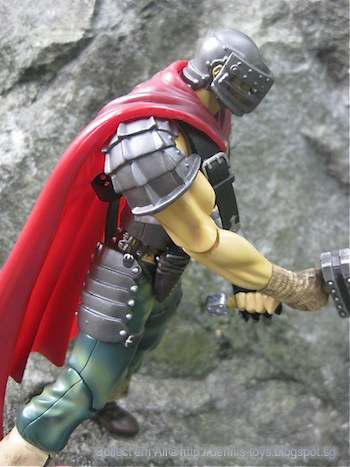 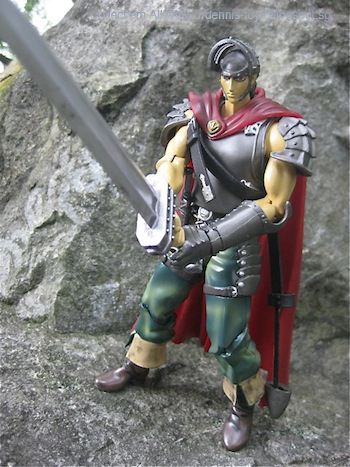 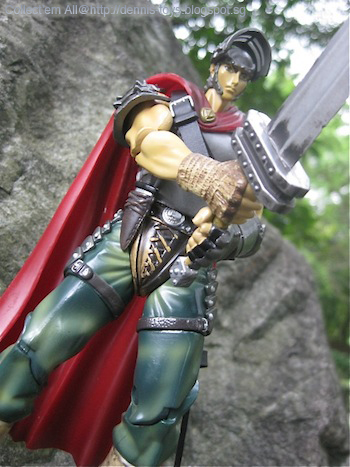 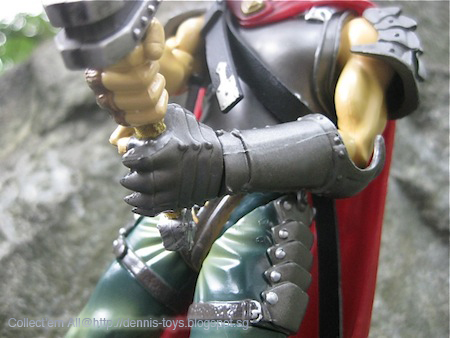 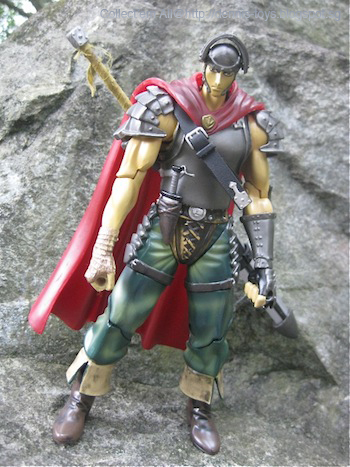 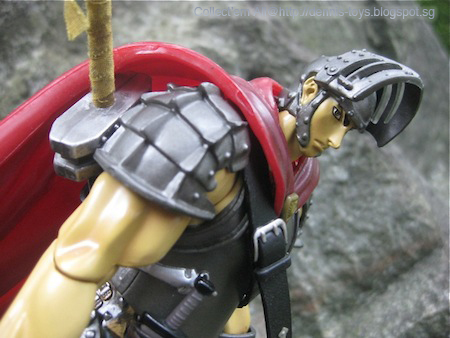 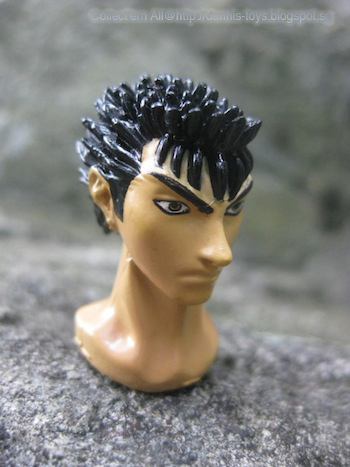 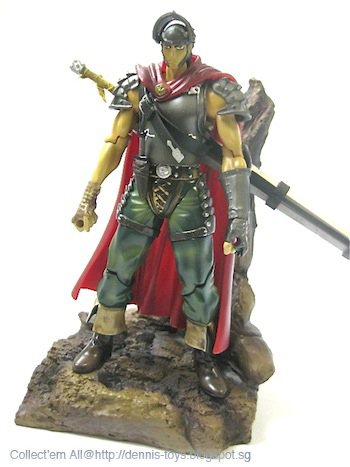 From my collection of Knight Fantasy figurine is this mysterious strong hero, Guts in Hawk Soldier attire while he was serving ‘Griffith’. He is the main character from the popular games and Japanese manga/anime known a Berserk. Definitely an old figure by Yamato backed in 2001 however the quality of this figure in terms of sculpts and paint job is jaw dropping good even today. The figure is packed in a rather big box with blister plastic insert tray. I threw the box cos it’s kind of bulky and had smutches and stains after years in storage. The figure on the other hand is in pristine condition, always on display in the living room. I love the figure as much as I like the character cos Guts really is the first few knight fantasy character from anime I know who carries a huge sword back then.

Maybe, what this ‘Art of War’ version of Guts figure, loses out is articulation (only 17 points of articulation) to the recent Figma release for the anime 20th anniversary. I still prefer this Guts Hawk Soldier by Yamato for the accurate and close resemblance to Guts in the anime, a good height of 18cm (9”) with adjustable face guard. Accessories including extra head, dagger, board sword and diorama display stand.
at January 04, 2013

the collection figures have evolved along the time, but as you mentioned there are still good samples of a good work in some vintage releases... very appropiate to introduce first the anime series and then the figure of the main character... the packaging is very clean, something unusual in this kind of items, i like it !!! =)

That's the thing , I want the posts to be in line. I think the figure needed its own post so there are some justice done to this well made figure from past.

17 articulations point consider quite good as it is rare to have Berserk figure back then.

Yes bro, figures of Berserk was not easy to find even back then. I think Yamato live up to its reputation way before the time they made awesome Macross toys.

It is cool that it came with a background. Though I have to say the eyes are a bit freaky for my test.

>> bluedrakon
The background stand is a nice addition and rather heavy too! Wonder if its clay or resin. But I prefer to bring the figure outdoor for photoshoot for better visual feel. I don't find the eyes weird looking, maybe I obsessed with the figure and overlook this flaw.

You even got the figure of that animated series..a truly fan!!

>> David John Shewsbury
I guess the anime is a bit old and the genre more to the less popular side. Probably a small fan base. Agree with defined musculine sculpt and one good for me to remember the anime. Gd momento!

>> deSMOnd
When I like the anime, it's quite natural of me to get a thing or two of the merchandises, preferably a figure as momento. This 'Guts' figure is in the treasure chest. Hee! Hee!