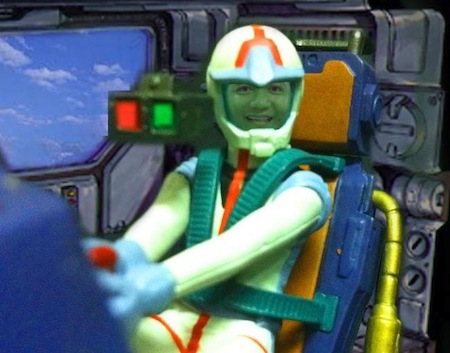 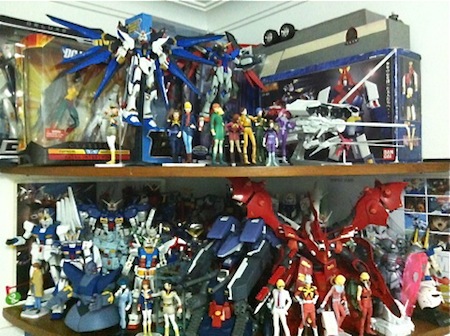 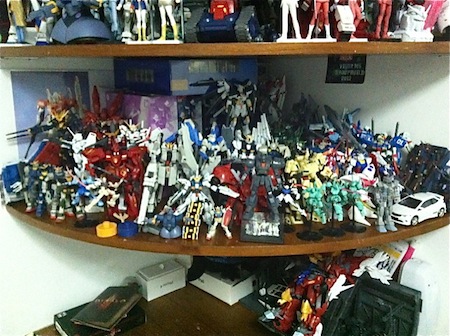 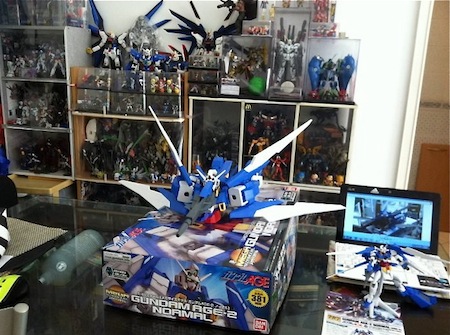 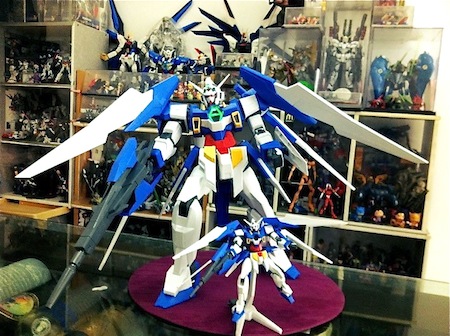 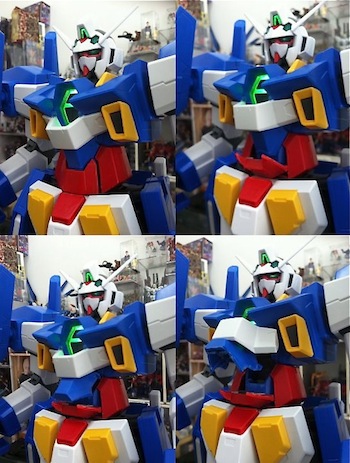 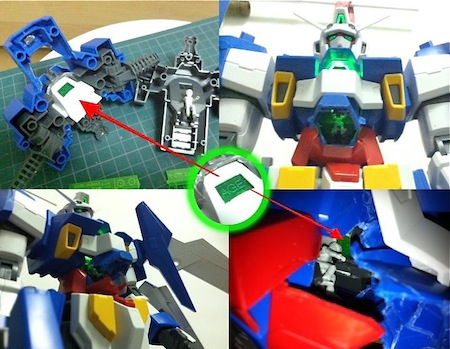 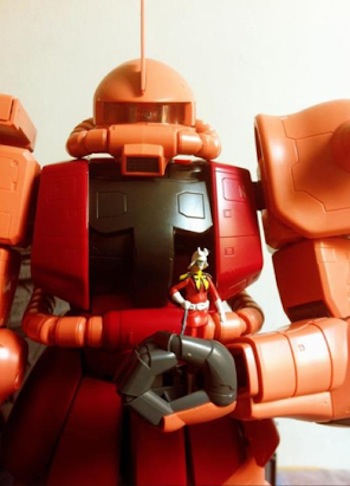 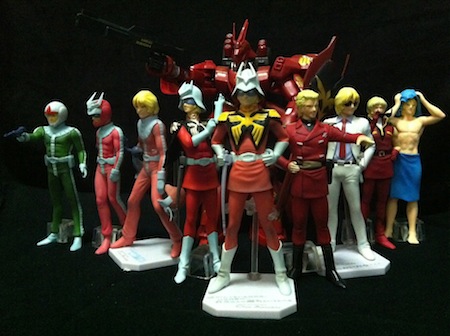 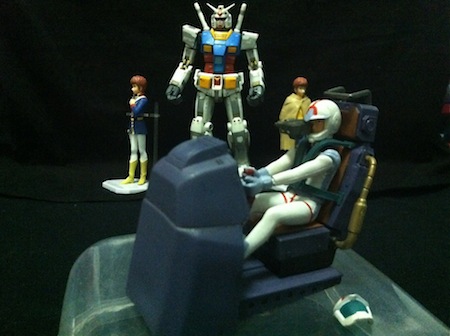 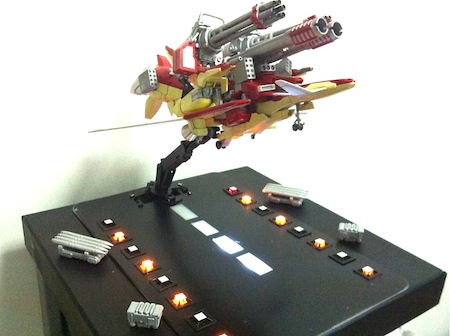 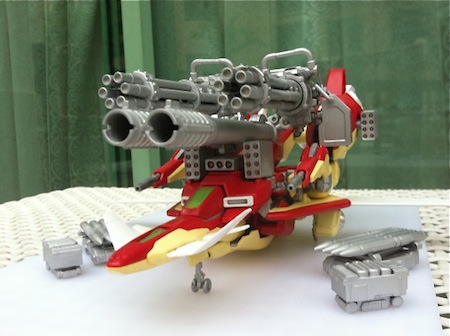 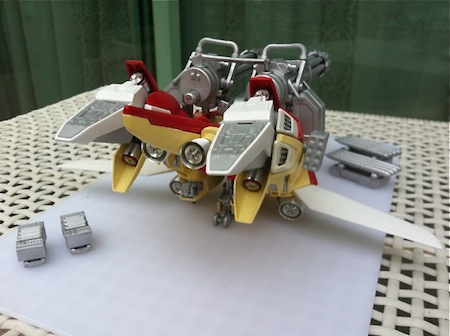 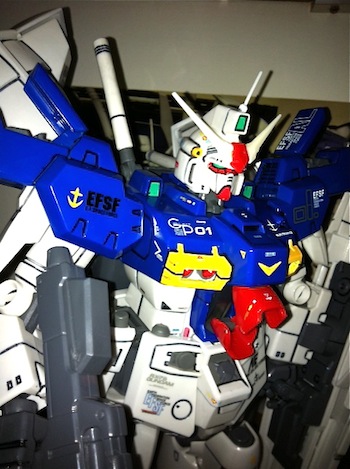 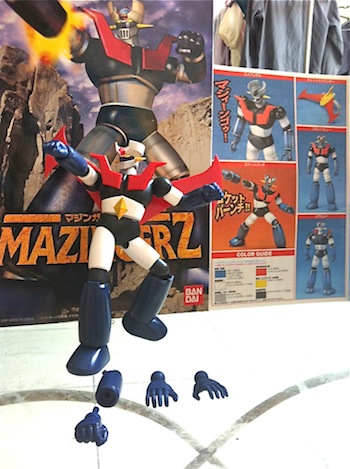 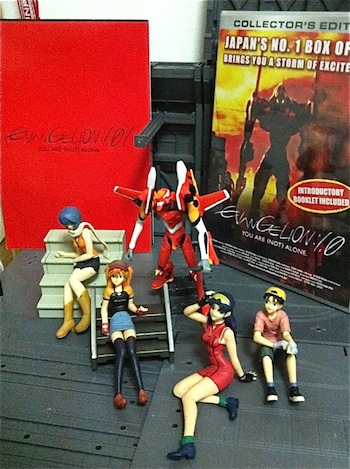 You have heard of Arvin, been mentioned on my blog, today I shall do a proper introduction of him. I got to know Arvin through selling my Gundam toys on eBay Singapore. Basically, he's a great guy, really polite and accommodative and we had a lot to talk about during all the transactions and these good gestures had lead to a friendship bond by common interests.

Arvin came from Philippines to Singapore to work but never fail to continue his pursue on hobby as a toy collector and kit modeler. His main hobby interest lays with Gunpla and had his empathy on Zeon. Needless to say his collection comprises mainly the mono-eye and he's definitely a fan of Char Aznable.

Arvin stays with his friends at an apartment with lotz of toys and figurines cos they are all fans of anime. Japan pop culture had really infiltrated deep into Philippines I guess. As a kit modeler, Arvin customised his kits and would normally filmed his WIP before making them into video clips and uploading to YouTube. Arvin is seriously addicted to LED and cockpit so most of his customisation would target these two areas. I'm deeply impressed by his model kits engineering.
at September 26, 2012

well, your case is not the only one pal =)... i have not sold anything in my collection so far, but i manage to buy a few things now and then and sometimes i meet some nice fellow collectors/sellers out there (and some angry and/or unfriendly people as well, LOL)... we spend some time talking about many topics related with our hobbies, make some jokes and try to fix the mess in our country... HAHAHAHAHAHAHAHA... so to say...

I think that is some of the fun of collecting is meeting people with your same likes.

I love the LED's and he can really make some extremely nice customs. Great collection and know that it will only get bigger!

Wow!! lots of Gundam figures in his collection..Salute to him!!

>> chrismandesign
I had met really lousy buyer who were uncompromising and rude. Some even pranked me by making arrangement and failed to turn out and refused to answer calls thereafter. Some I thought we were acquaintance but they avoid eye-contact and ignore my existence. Makes me wonder am I in a weird toy collection community. I guess they are just a small handful that don't represent the entire community. Sorry for my whining...

>> bluedrakon
You are right pal, interacting with people with the same interest can be really enjoyable. Just like what we do blogging.

I'm also very much impressed by Arvin's mod which had made the his kits interesting.

>> deSMOnd
Cool collection isn't it, I would really want to visiting his place one fine day. Arvin is mainly a Gundam fan and follow the latest Gundam Age as well.

don’t worry about whining pal, LOL... your complaint is more than justified... the obnoxious people are a malady not only in the toy collecting community but wherever else... the cheating people and on top of it aggressive, really piss me off, but i prefer not to put myself in their level... is wise to overlook the offense... =/

You are so right about that and yes we should help spread the goodness and continue doing what we believed in. My mother use to to tell me that being cheated is better than cheating on others.