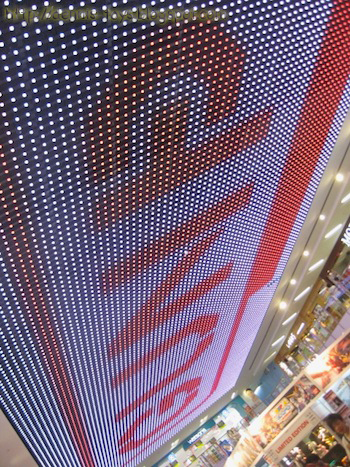 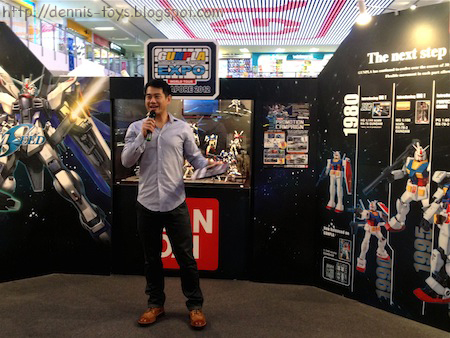 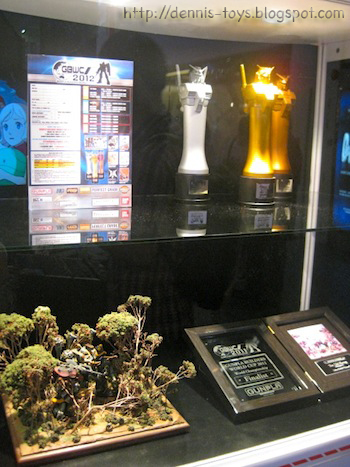 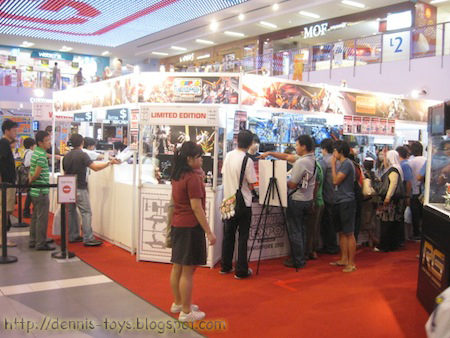 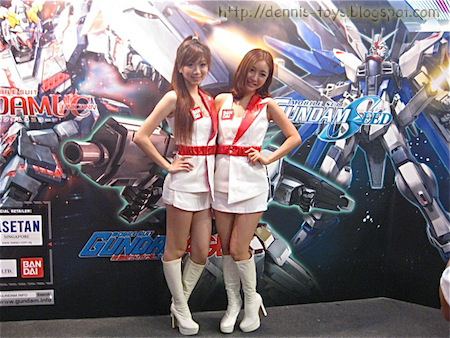 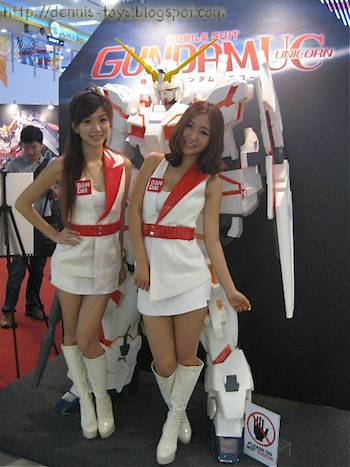 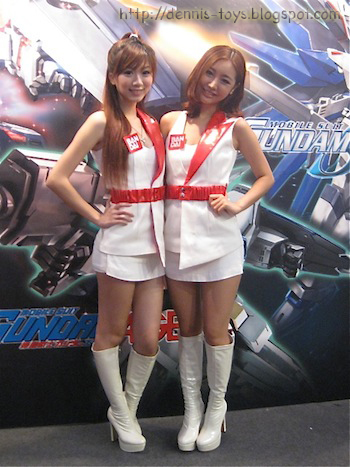 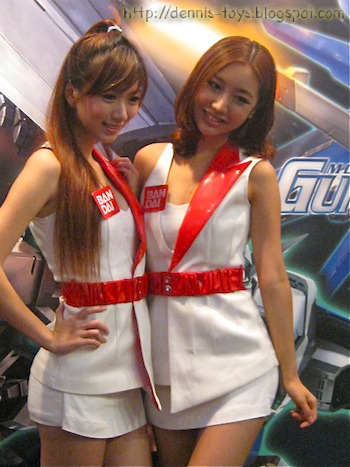 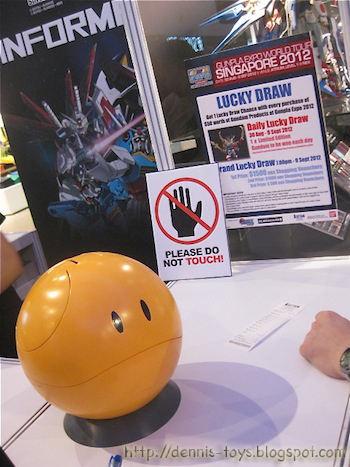 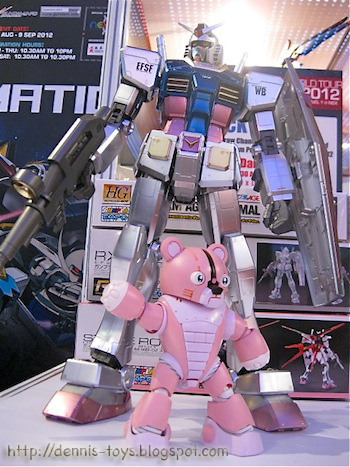 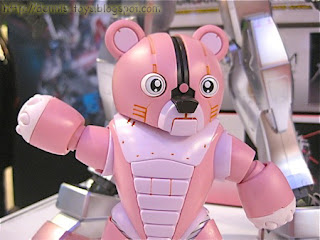 
The barricades surrounding the event venue were removed 10 minutes earlier for anxious Gunpla fans going full throttle (Gundam context: Trans-AM). This year, there is no time restriction to public so VIPs, invitees and Gunpla fans could mingle and witness the official opening. Successful forth year of Gunpla Expo Singapore and for the first time, the event was held at NEX Shopping Mall (Serangoon MRT station).

The scale is comparable to past years and what makes this year event looked grand is the ceiling lightings display panel. The event was launched with citations by director of Shengtai Toys, Mr Ee Chian Tan which was followed by a group photo-taking of VIPs from Isetan. Gundam Image Girls (GIG) were then invited on stage to showcase some of Gunpla Expo 2012 exclusive items. Thereafter, there was an open invitation to anyone who wishes to take a pic with the GIG.
at August 30, 2012

Bro, you should pose like PSY when taking pictures with the GIG, Gundam style! Btw the one with pony tail is cute... I mean the Gundam is cute, erm what am I saying...?

Ha! Ha! I'm frozen the moment I stood beside GIG. Just don't feel comfortable near women except my wife. Politically correct right? Lolz... Thanx for accompanying me. I'm almost out of gas with blogging late nite...

Those ceiling lights are wild too. Very nice intro for this show.

My wife knows that I'm there for Gunpla and besides, she also knows I don't have extra money to spend on women as well. The life of a Gunpla Builder is a simple one. Hee! Hee!