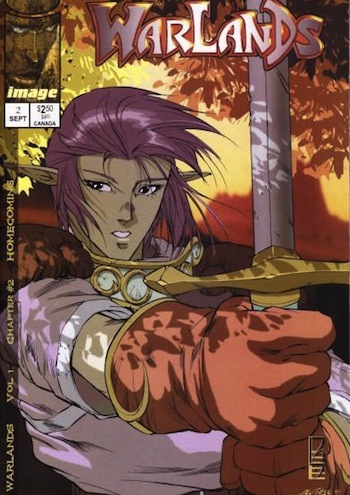 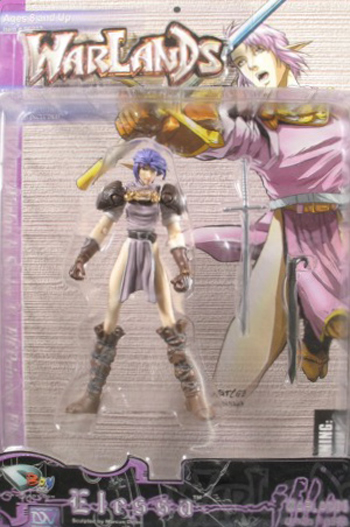 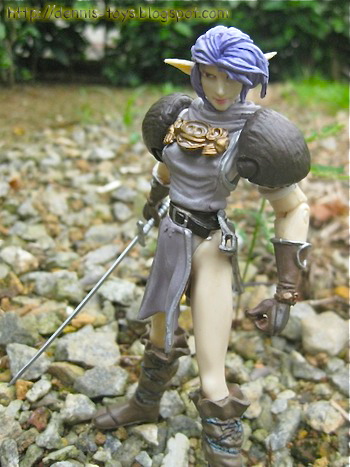 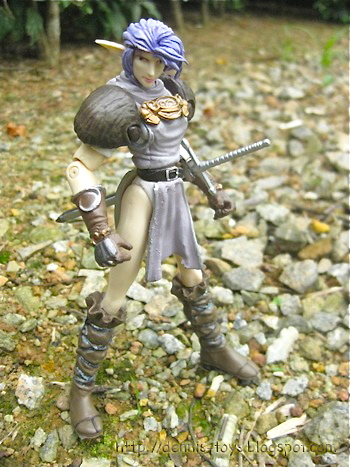 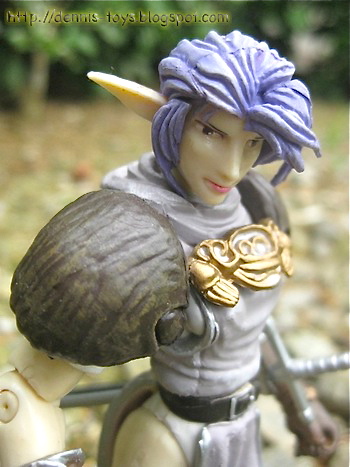 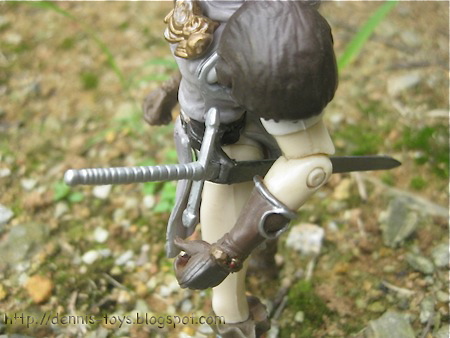 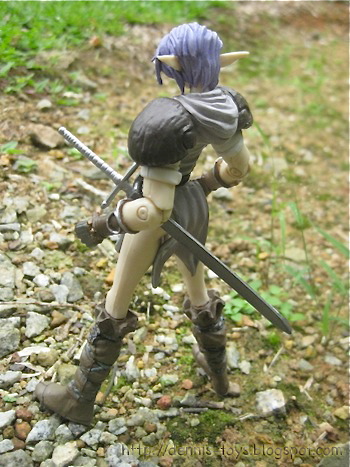 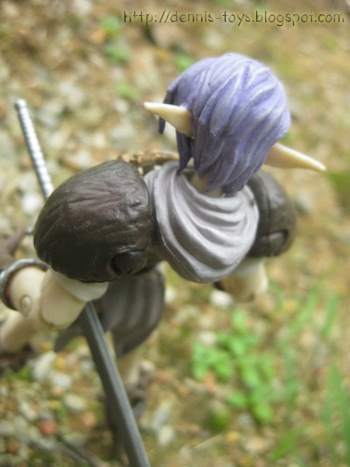 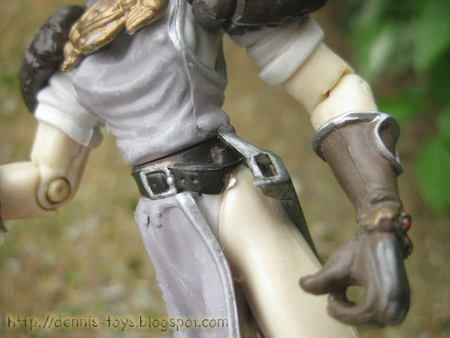 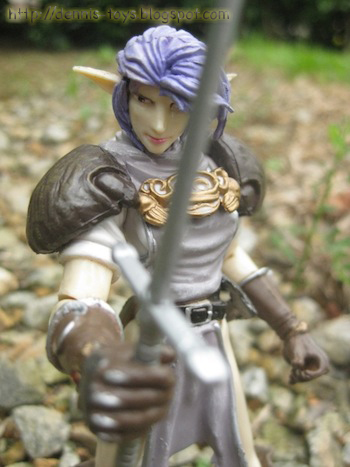 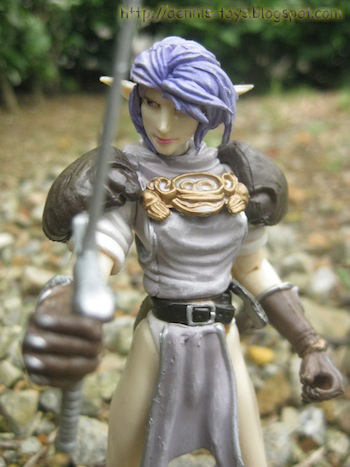 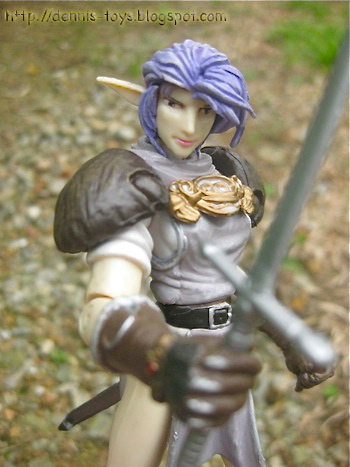 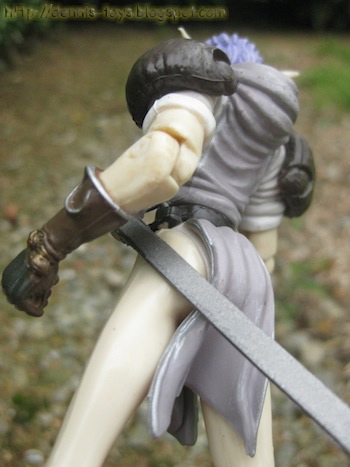 If you are looking for anime style mixed with 'Dungeons and Dragons' or medieval knights action figure, you might consider, Pat Lee's Warlands comic series, spawned an even hotter line of action figures! You have read on my previous post on Warlands Vampire Prince Aalok so here's Elessa, the elf girl warrior. Warlands Action Figure, Elf Princess Elessa, standing approximately 6", was released back in 2000 by D-Boy. They were designed in a way alike the medieval knight style that Japanese artists use when drawing knights in armor. Strong resemblance to many knight fantasy characters. Furthermore, accessories like sword and sheath included. Sword can be drawn out or kept in sheath.

Elessa is an Elf of Noble blood from the Royal family of Yattannia. Though exiled from her native nobility, Elessa continues to serve the greater good of her people by fighting alongside the human armies of Myridorn. Her fearsome fighting abilities are tempered by her ever-calm and decisive nature. Elessa is a principal fighter in the war against Malagen and the Dataran horde.
at March 27, 2012

this one looks seriously like an old toy (i thought it was from 1990 or so... LOL)... the comic series is totally unknown for me, although i’m familiarized with some titles of Image, specially Spawn... the attire design of this character has the particular style of the far east artists... it’s very different to those things we are used to see here, but i think the vintage taste of this figure creates a connection, HUH !!! =)

I think there were 4 figures in this series. At one time, I remember having them and one that was a rare signed edition.

Well, the figure is in fact more than a decade old. I had kept it on display for many years. I did read the comic but like the design of the figure years back when I visited a comic shop. Anyway, the comic shop had closed down a long time ago...

Yup! There were a total of 4 sculpts. The special version of Elessa is one in her princess royal armor which is in white.