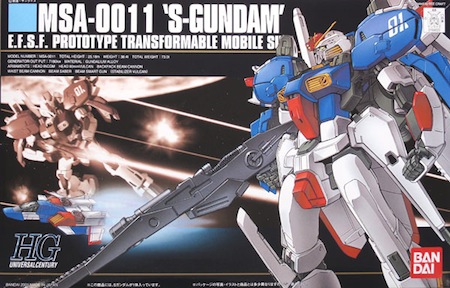 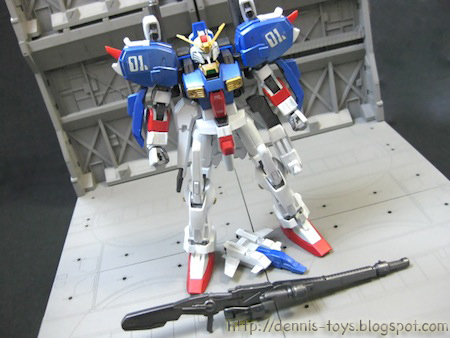 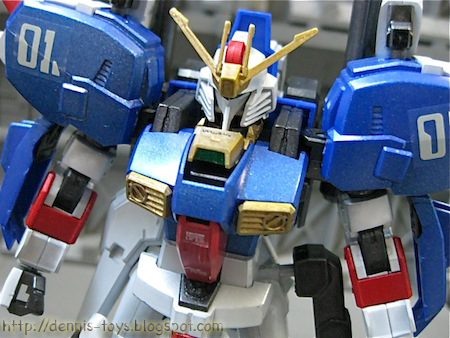 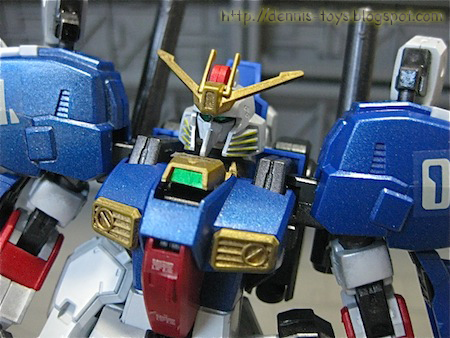 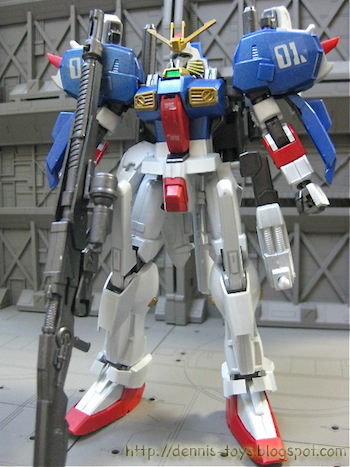 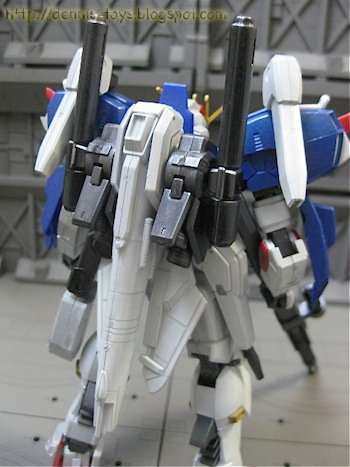 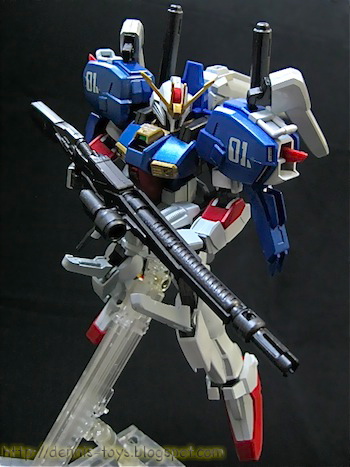 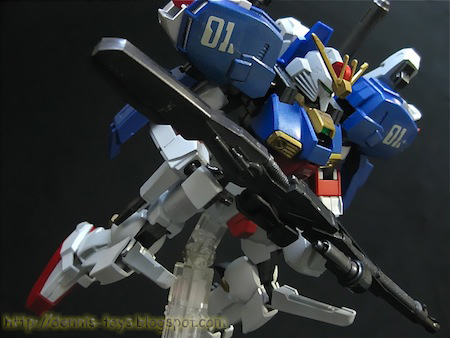 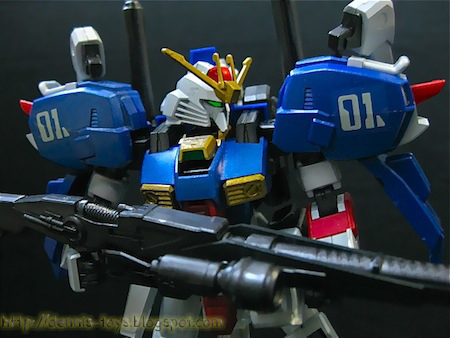 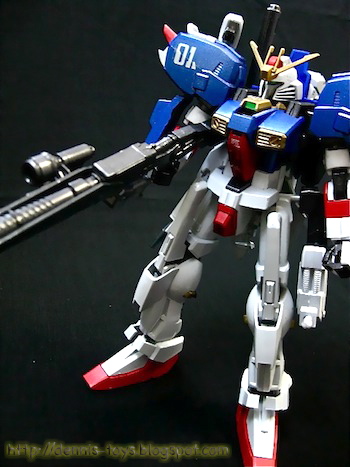 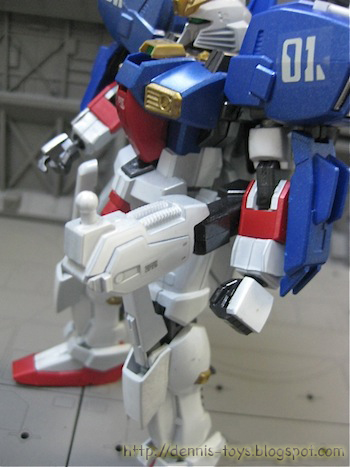 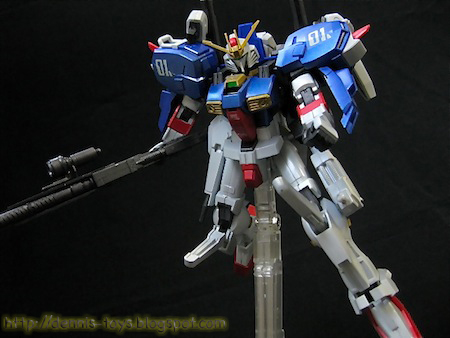 If you like Gundam with long powerful beam weapon then Sentinel Gundam is the choice. In general, S Gundam is taller than average MS given its long legs and high shoulders. This Gundam supposedly is able to transform between MS and flight mode but not possible in this HGUC kit. Nevertheless, Bandai had threw in a core fighter as a consolation. An interesting feature on this kit is that the skirt of S Gundam can join up with the long rifle as a stabilizer. Due to the massive weapon and blocky shoulder pad, the articulation was very much reduced. I guess the pilot have little worries on that issue as the enemy would have been annihilated before they even come near. This kit that I'm featuring is courtesy of Legendary Guy 'A', who had sprayed the kit entirely to make it look realistically metallic.
at September 10, 2011

The Sentinel gundam is freakin' cool

>> RiP666
Yup! The kind of Gundam that give an impression of a high class MS at the first look.

It's a kit that's quite hard to find these days. Even though I someone who goes for matt finish, I agreed metallic is a good pick too!

Bro I see two color tone different between his left and right shoulders. Was it done in purpose?

Bro, the different on tone I guess is due to the effect of white paint over the initial code of silver paint. The edge of light while taking the pics also affect tone as well.

Always liked this Gundam as he resembles an NFL Football Player with those hug shoulders.

That Beam Rifle does go quite well with this figure due to size.

Ha! Ha! Guy 'A' had waited anxiously for me to post his Gunpla. He would sure love the compliments.

well i guess this is the base for the Ex-S Gundam (i mean the Ex-S is an extra armor) & yep the design is fabulous... he looks fierce & fearsome, just as a sentinel class must look... BTW pal, i’m about to get my own airbrush & compressor so, as a rookie, i’ll join the club of those who dare to paint their model kits HAHAHA... really nice post there... =)

I guess when they named anything 'sentinel' the fellow or thing outlook would usually be of some class. Happy for you that you are going for airbrush & compressor. Now you are sentinel pal! Ha! Ha!

Wow...Sentinal Gundam?...
I had stop for awhile buying Gundam...Most of my stuff is full with Miku Hatsune...
no...they are virus...
Make me always buy Miku Hatsune Stuffs...

Miku Hatsune is very cute. I'm tempted to get the Banpresto version.

Yep...hope that my room would be full with Miku Hatsune...
Plus Gundam too...all time favorite...

Perhaps, you could share more of the pics with us on your blog on Miku. That would draw a lot of Miku fans.

Hi I definitely adore this article and it is too great so I am going to bookmark it. I have to say the Wonderful research you have done is truly remarkable! I honestly loved reading your post. If you wish to pre order this toys from the PIJ.
Just visit and order, http://bit.ly/haatusunemiku ,its really awesome.