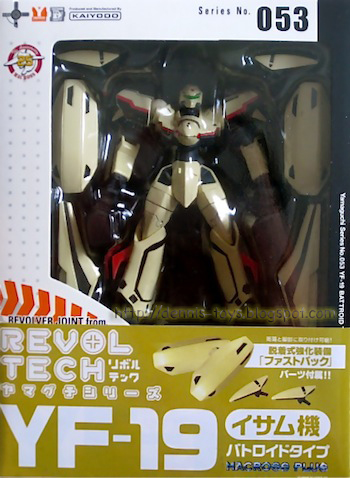 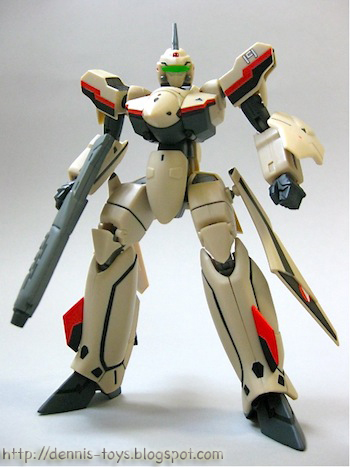 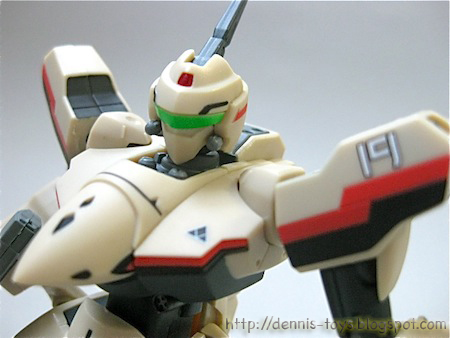 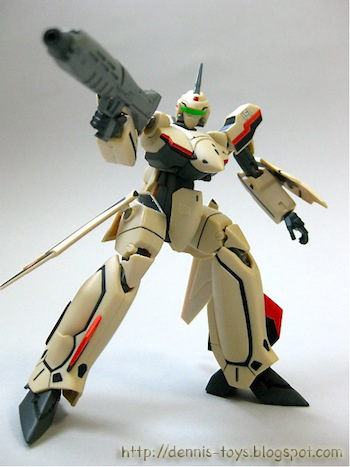 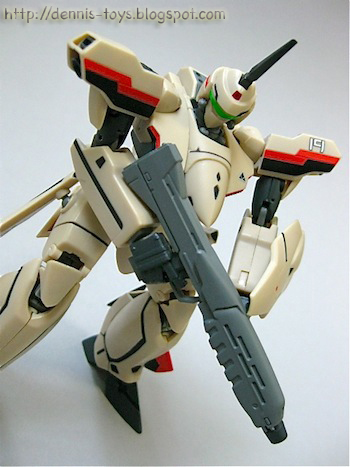 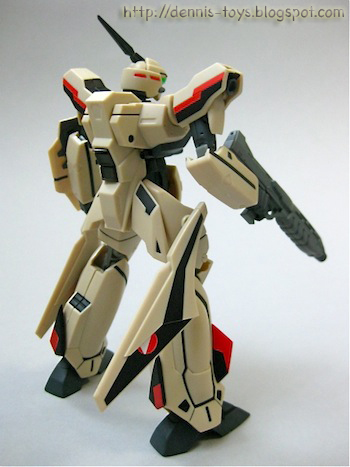 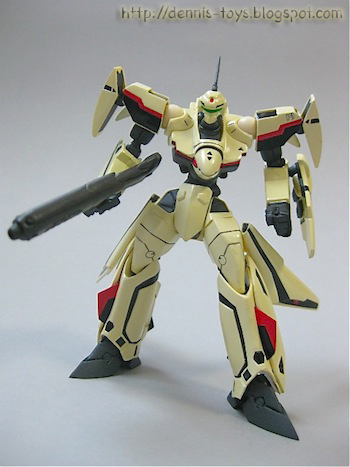 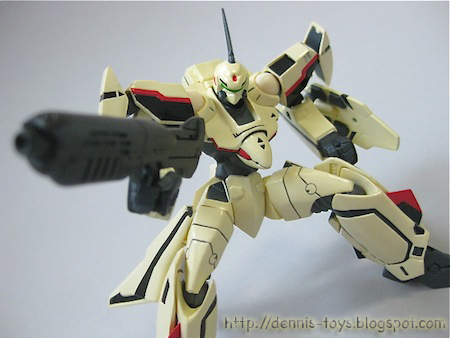 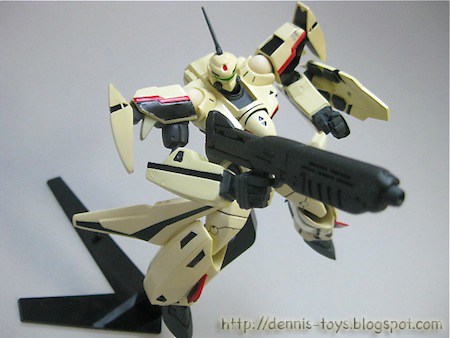 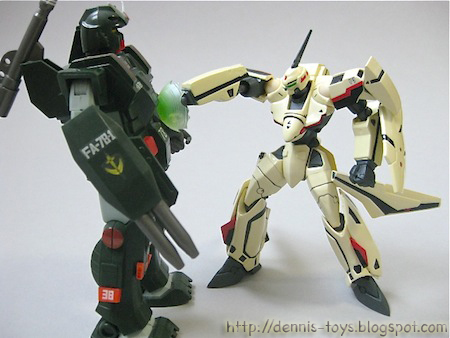 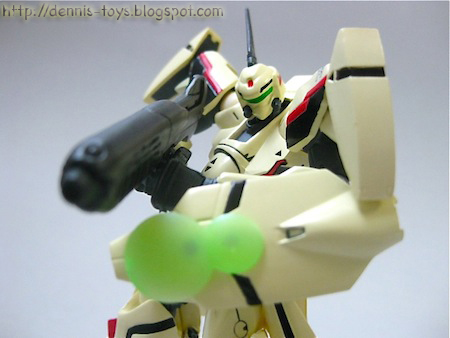 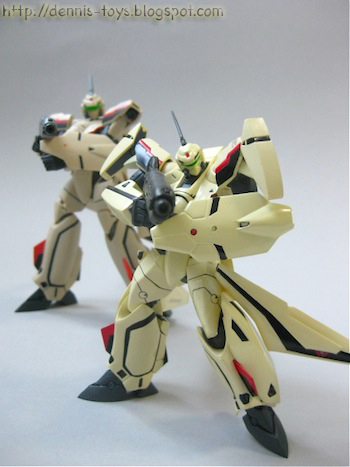 YF-19 is my preferred valkyrie among other valkyries featured in Macross Plus however my love remains with valkyries from the original 'Super Dimension Fortress'. The Revoltech action figure is just one of three versions which I had, not forgetting the GN-U Dou YF-19 from Yamato which I had previously blogged and lastly the Yamato 1/60 scale which I have yet to open. Although, Revoltech version is the smallest in terms of size, it's strengths came from the articulation as well as the accessories that came with it. Accessories included were the extra armour, display stand and the localised forcefield effect. Some mishap happened when I was handling the figure before photo-shoot, I had accidentally, broke the antenna on the head and had to stick it back with superglue.
at September 14, 2011

Email ThisBlogThis!Share to TwitterShare to FacebookShare to Pinterest
Labels: Macross Plus, Revoltech

revoltech's articulation are unmatched for in my opinion. Feel for the antena i do bro.