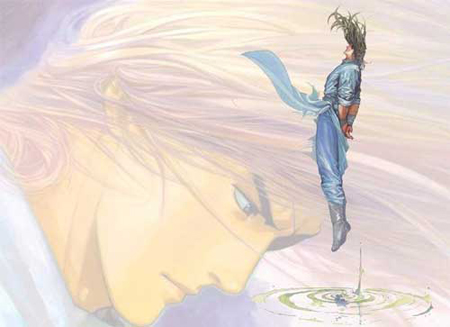 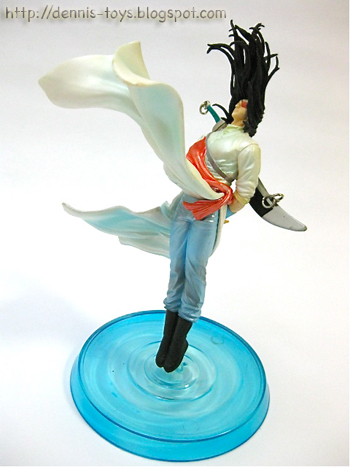 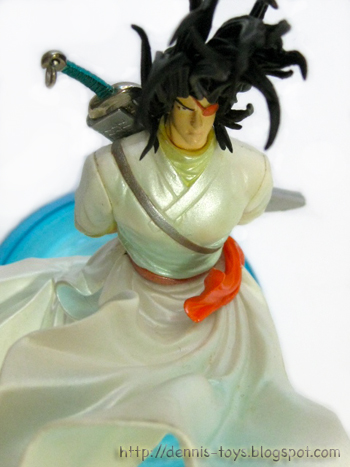 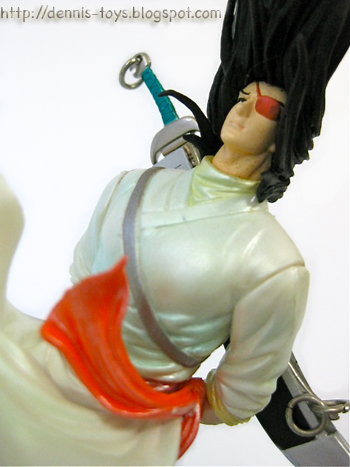 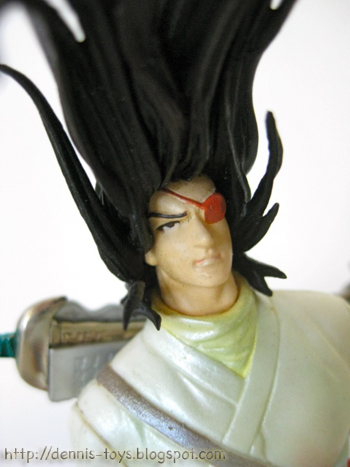 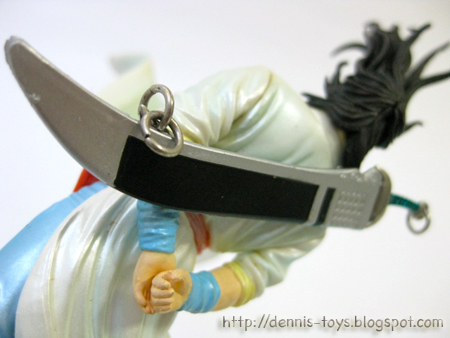 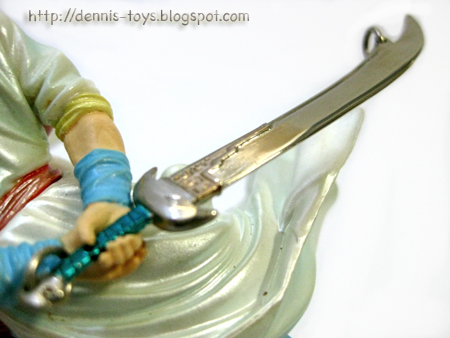 I had posted some pics of this Nie Feng figurine previously as a combine post together with Feng Yun / Storm Riders live-action movie. Nevertheless, I think this is a well-sculpt figure that deserved its own post and would pique the interest in many. Not very big, the figurine stands approximately 4.5”, very much like most trading figures without moveable joints. It’s also the only type of Feng Yun figures that’s available before there were 12” & action figures.

The figurine is an image of Nie Feng standing on water illustrating that his emotion is as calm as the quiet water. Looking at Feng on close-up with the eye-patch, he had already blind his left eye by then. Accessories that come with the figurine include snow sabre in metal its scabbard.
at May 09, 2011

If i am not wrong this is from the Storm Riders(Cloud and Wind) series isn't it? It was one of my favorite shows 10 years ago

yep, this figurine definitely deserves an individual publication, not only the figure itself (with a beautiful pearled color scheme) but the base as well, it gives the figurine a sort of background, very in the mood of the original illustration... =D

>> Yami
That's right bro! From the famous long running Chinese comic 'Wind & Cloud' aka Storm Riders that had been made to T.V series, movies & anime.

>> Very true bro, I'm impressed how the figurine tilted on the stand and the stand was made to look like water. It's made so closed to the comic poster.

Nice nie feng there. The comic is the best. the TV series is the worst!

The comic has gained huge success and I like the first movie. As for the T.V series, getting the real cast could be the real problem.

I am impressed on the detail for such a small figure.

I have heard of it, but not much more than that here in the US. I do want to see the movie however.

Impressive isn't it especially for a figure that was made some time back then. The first movie of Storm Riders was dubbed in English and was released in code one DVD. I have it in my collection.