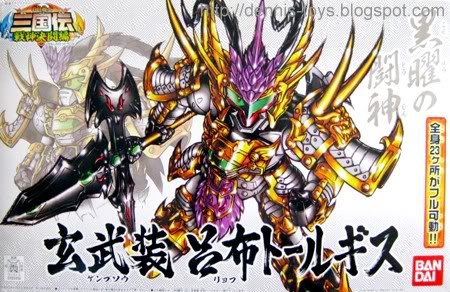 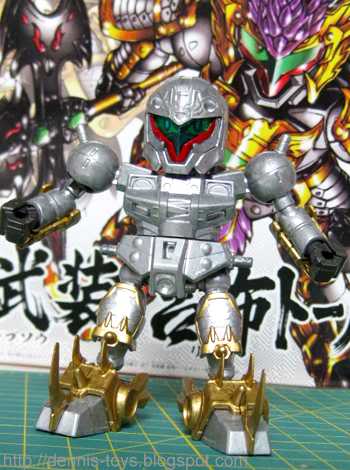 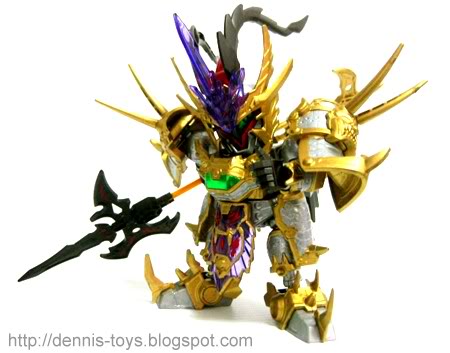 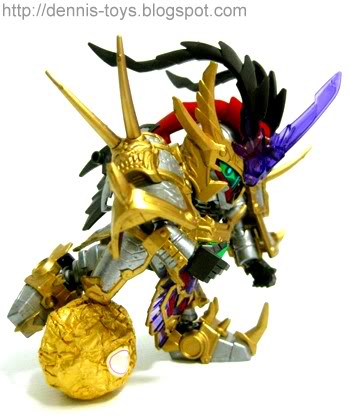 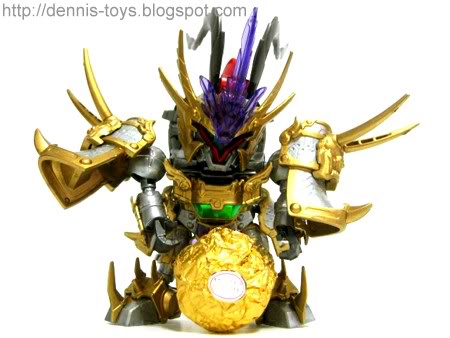 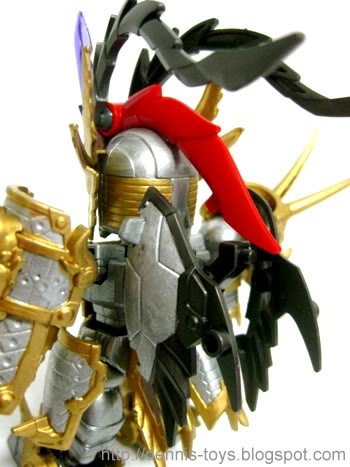 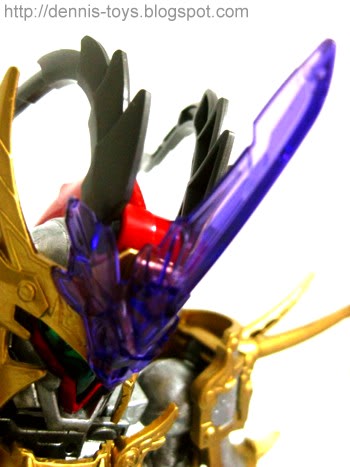 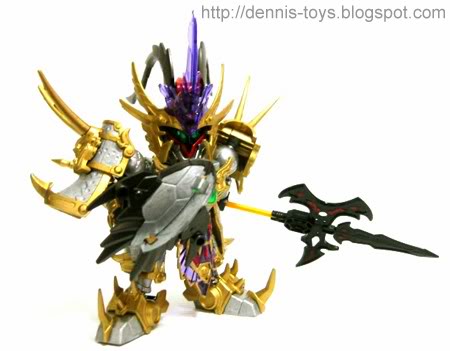 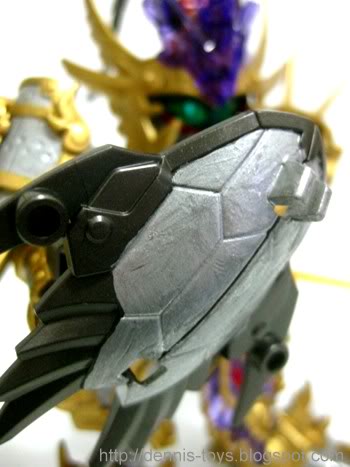 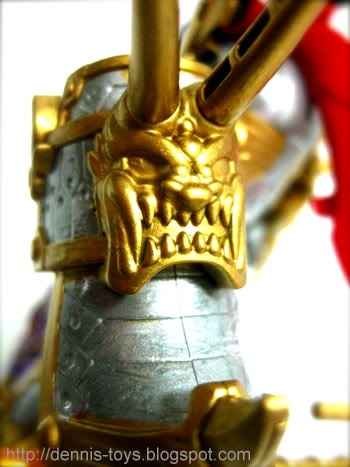 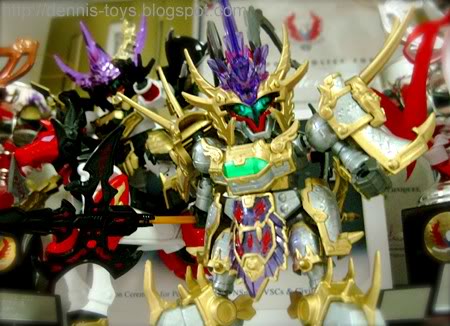 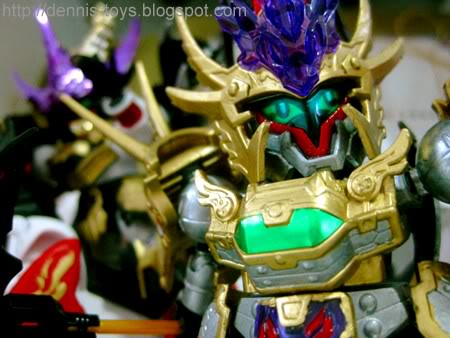 You have seen my 'Ryofu Tallgeese' but Ryofu has made a come back withthis is the upgraded version known as 'Genbusou Ryofu'. It gives me much satisfaction building and paint this kit and the end result is that I can't help admiring it. The frame of 'Genbusou Ryofu' is also bigger than the previous version, but this time without his horse.


In the colored pages following the manga it is said that in the mythical ages there is actually another hero (besides the Three Lords) that help seal Shuu. Ryofu has awaked to the soul of Bukki as the Blade of Heaven of the North. Its said he came back with the Tengyokugai Shinbu. Ryofu’s weapon, the ‘Hajingeki’, has also evolve and is now called ‘Houten Bugeki’.
at May 10, 2010

hey that look cool but I am still not a fan of LUBU!! LOL

The gold color is well painted :)

& another is, Genbuso wasn't from OVA FYI. =P

>> LEon
Beside Lu Bu, I like Gongsun Zan too and would mostly get him soon with horse.

>> deSMOnd
I like the chrome touch and this kit is simple cool!

>> Evaritus
Did a search and so in Japanese, the word tamashii means spirit. Ha! Ha!

Thank you for correcting me, I have corrected my post! Cheers!

Nicely painted. I am warming up to BB Gundams.

I've yet to start on mine, too much backlog to finish.

Oh man BB senshi Ryofu has a f-wking Oni decorated armor, Sweet,and he did came with a bad@ss horse motorcycle

>> chrismandesign
I can sense that you have slowly accepted BB Sangokuden. Ha! Ha!

>> G.G
Thank you for the compliment! It gives me great encouragement. I think your BB Sangokuden kit would be unimageable in the hands of a pro.

>> Asrul
Yes! It's fierce and yet cute. Makes you luv them. Lol.

>> GunStray
He is ultimately cocky as he's the one of the top league.

Love the golden ball myself. Maybe you can have an SD Soccer match!

Sure not enough to form a soccer team yet! That can be a future goal I think. Lol

You want to recruit mine for the team, D? :D

I will be getting that ryofu end of this month, I think. Hahahaha. Damn, my backlogs are getting higher and higher...

That will be Ryofu tag team bro! Surprise you are into Sangokuden kit too!