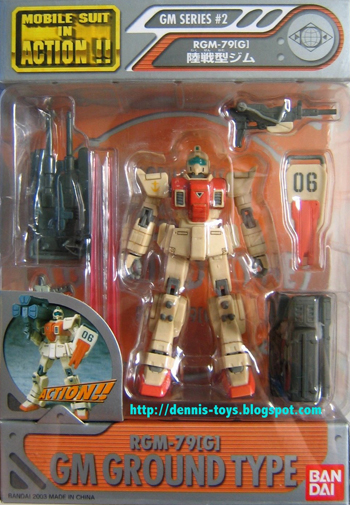 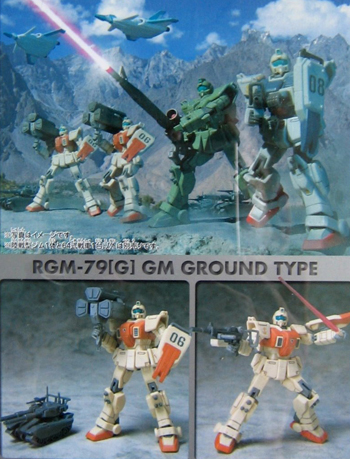 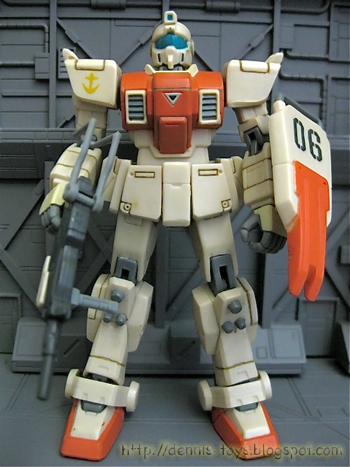 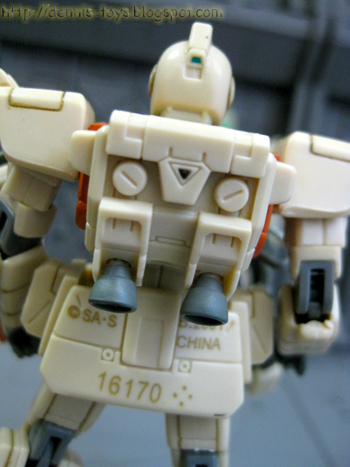 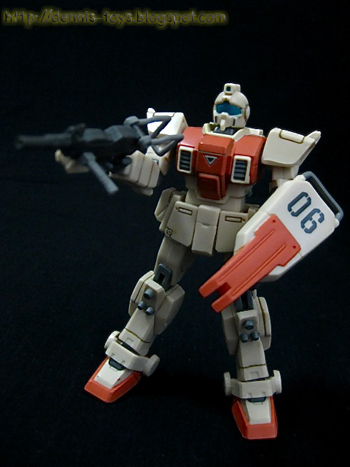 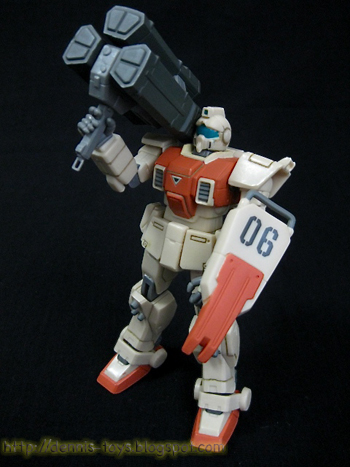 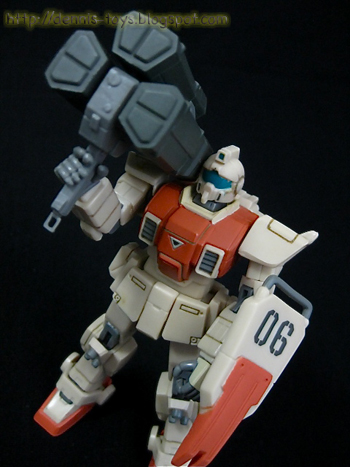 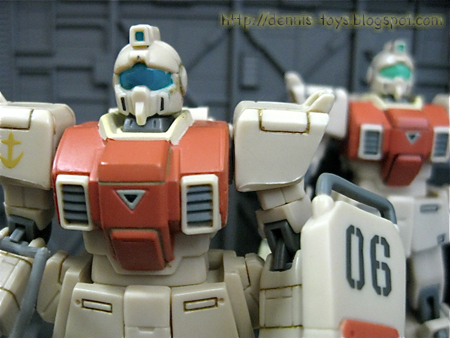 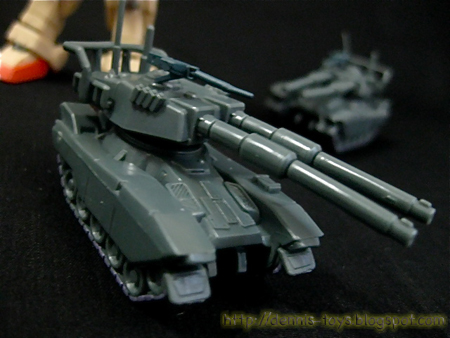 Another disposable hero (grunt unit) commonly seen during the anime 'Gundam Team 08th' is this GM Ground type ~ RGM-79 (G). This is the basic Feddie's GM mobile for ground type first assigned to Lt Matt Healy's Experiment Team before the released of the all terrain mass produced GM. In Gundam 'Lost War Chronicle' manga, these GM Ground type ~ RGM-79 (G) were initially deployed for the purpose of collecting and analyzing data in combat condition. It's also the basic unit which GM Sniper derived from. If you have noticed, the Earth Federation's Ground mobile suits featured in Gundam 08th all are equipped with small shields, which I think is for better mobility inside the dense jungle. This MSIA RGM-79 comes with missile launcher and Type-61 tank so collectors will feel that's more value for money.
at May 14, 2011

"equipped with small shields, which I think is for better mobility inside the dense jungle"

Nice analysis bro. You seem to have developed a military mind similar to Sagara Sousuke..

Hee! Hee! One thing for sure it that I won't have Souseke's skills and quick thinking....Lol

Bro, another Gundam figure review..Good to all your Gundam readers!!

Another handsome GM. I think it has smaller shield because he carry a bigger gun. LOL

>> deSMOnd
I won't restrict himself to Gundam bro, my next post will be anything other then Gundam.

>> LEon
The machine gun isn't big but the missiles launcher is one weapon that's boost up the offensive capabilities of this GM.

do you have two of them or it was different types ?

I like the additional accessories this comes with. You can really get several different poses in and the little tank is a nice addition

this is surely value for money as the details on the gm and not to mention the tank is very good for an MSIA figure. Just wanted to ask u though, does the MSIA figures suffer from loose joints?

>> RiP666
The other GM figure come from the Gunperry playset.

>> bluedrakon
I first took little notice of the tank but after watching MS Igloo 2, Type-61 tank left a strong impression.

>> sl619
Most of my MSIA do have loose joints. The major issue would be the protruded parts getting bend easily like it always happened to gasaphon.