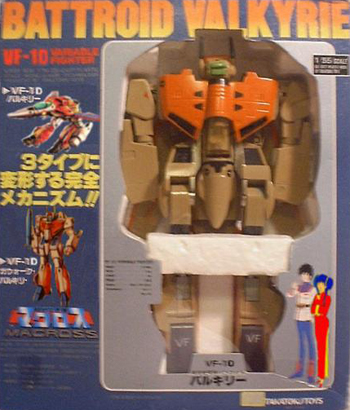 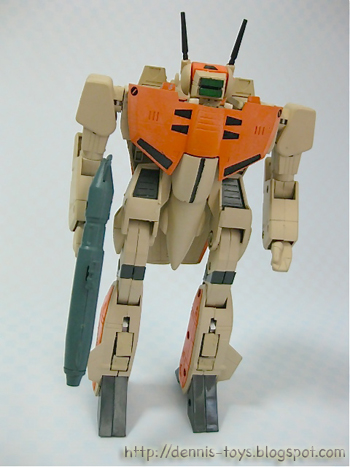 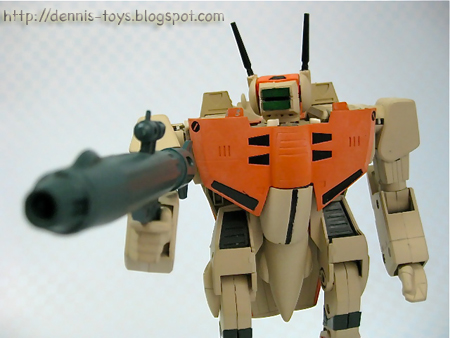 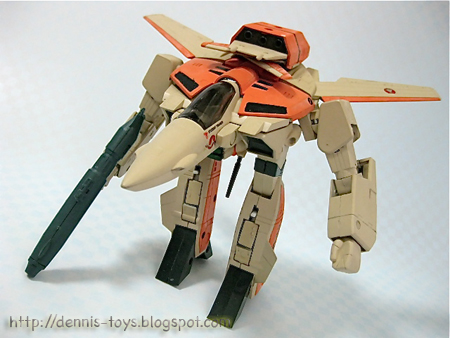 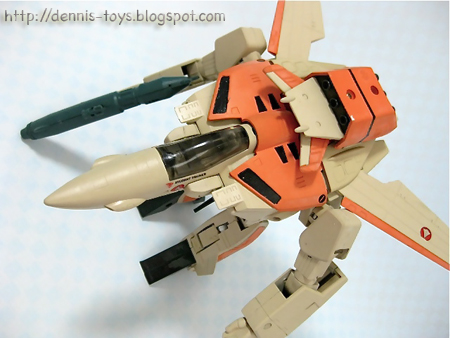 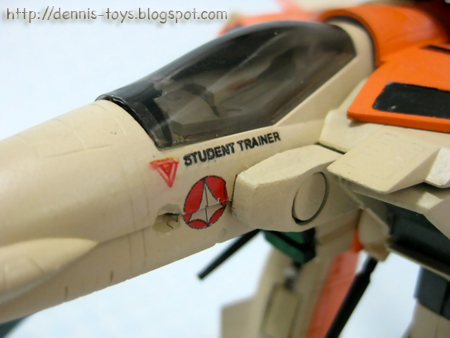 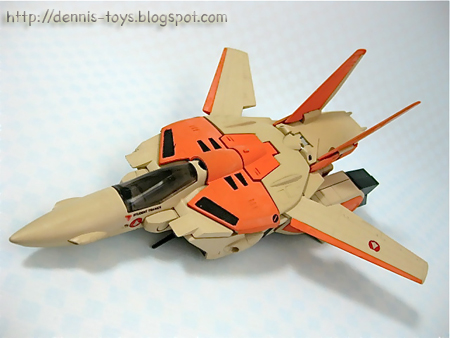 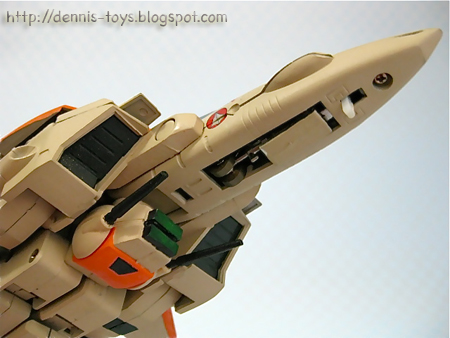 I'm filled with excitement when I came across the video clip of San Diego Comic-Con 2008 featuring Toynami hinting to produce 1/55 scale VF1D @ that time. According to the video clip featured below, a prototype of VF1D was made and exhibited. Toynami would be using Bandai 1/55 mould and replacing the head with newly sculpted ones. This is just the beginning, Toynami had also sculpted new heads for VF1S, VF1J and VF1A and they are considering making TV version VF1A Ben Dixon & Max Sterling. HOWEVER, the bubble burst to know that in reality these so-call revolutionary 1/55 scale Macross mecha from the 80's have not been released till today.

Fortunately, my dream of having 1/55 scale VF1D was realized when I bought this customized VF1D made from JOONS valkyrie on Ebay for around USD $80/-. Maybe, the U.S seller thought Toynami was really going to release new 1/55 valkyrie then and decided getting rid of his customized valkyrie. Whatever it is, I love this valkyrie and it's worth paying for the innovation and workmanship.
at May 02, 2011

woow,, did the customization include repainting ??

I love the color scheme,,

It came as what you see in those pics. Basically, the head was replaced with a VF-1D head and given a fresh coat of orange & beige paint.

what a steal bro. XD

I guess most customized toys caused a lot more due to the additional workmanship and the rarity of the item itself. I would say the pricing is reasonable.

definitely this guy looks a lot better as gerwalk & fighter... the batroid mode is too odd for my taste... anyway the customization gives it an extra value that u can’t lose sight of =)))))

That so much looks like my JetFire Transformer. I love the way it can be done in all 3 modes.

cool custom chunky monkey, i am about to get back one from bandai reissue version of roy's vf-1s too. need to replace my long lost takatoku hikaru's vf-1a. chunky monkey's are way more fun to play than 1/60 yammies.

>> chrismandesign
I presumed it's the design of the VF-1D head that makes it looked odd. You are very right about the authenticity after customization.

>> Andy
Knowing the term chunky monkey means you have a certain degree of Macross knowledge bro! I'm more into chunky monkey for the same reason cos they are more fun to play with. Durable toy range!

Yup. This is the first Valkyrie Rick Hunter pilot by chance and what's it more rare is that no had made this in 1/55.

i have been too decultured to not know about chunky monkey^^ it's so durable and heavy that i've gotten a lot of bruises from it as a kid...

Yes bro! These chunky monkeys were build like a real toy that last a long time.

just received my chunky monkey, super nostalgic, brought me back to my kiddie years^^
http://macrossdecultured.blogspot.com/p/about-valkyries.html

thx bro, i posted the pics into my about valks page, so can't comment on it cos it's not a post, but it's ok. anyway, deculture to the chunky monkeys~!

Thanks for sharing superb information’s. Your website is very cool. I’m impressed by the details that you’ve on this site. It reveals how nicely you understand this subject. I just ordered these consoles at PIJ! I’m excited! I’m going to have these in week! http://bit.ly/wNFdeA