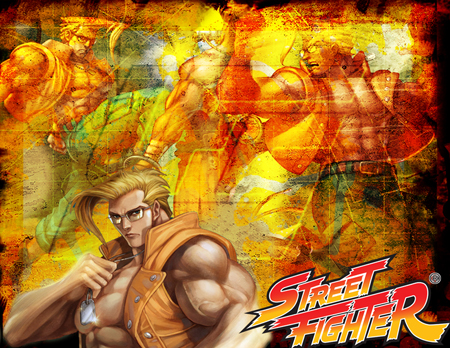 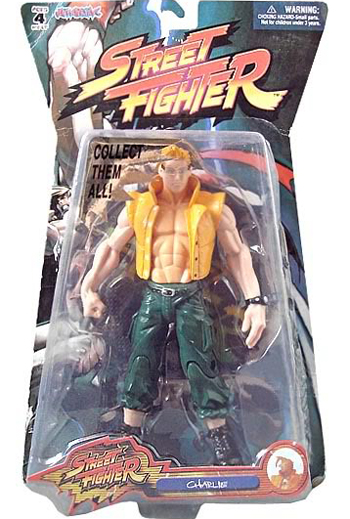 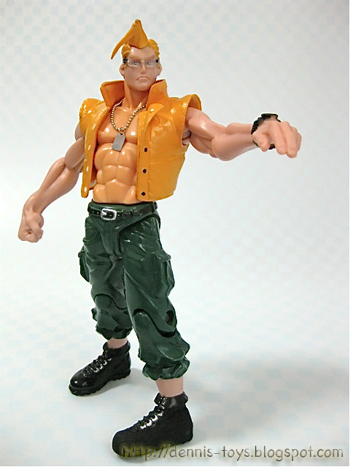 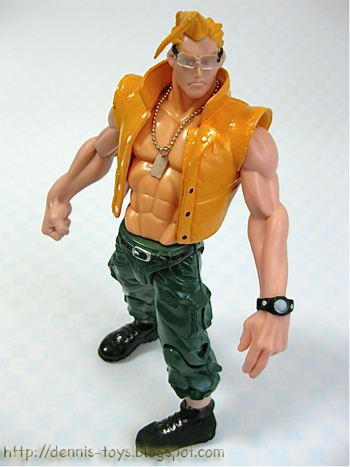 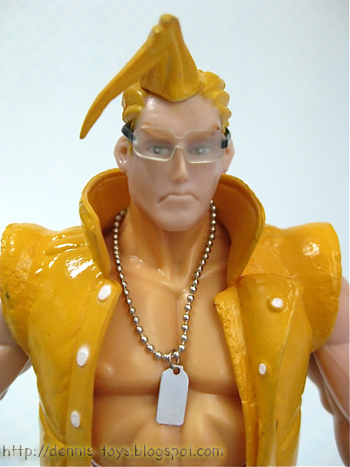 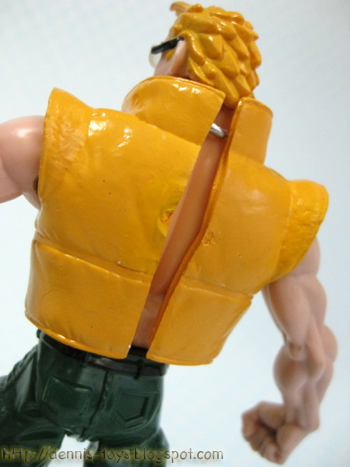 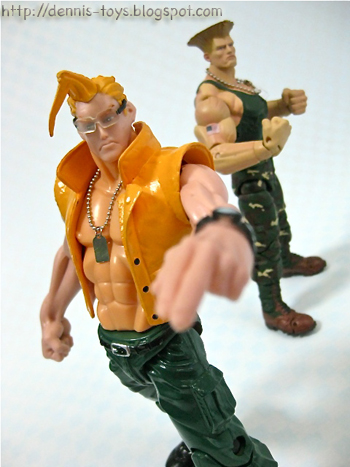 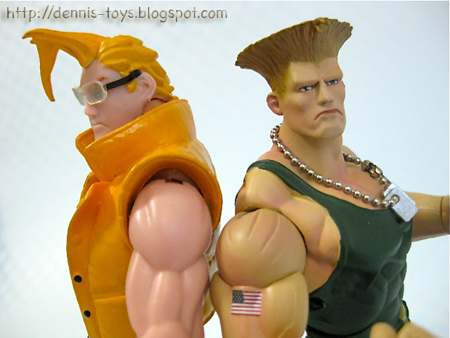 I got this figure from Ebay that arrived in blistered card and ripped off rear paperboard. But who cares about the card when I’m interested only interested in the figurine. However, the big disappointment came when I noticed the figurine having 2 right feet. It’s awful and couldn’t even stand on its own. I don’t think it’s fair to blame the seller so I presumed it’s bad QC by the manufacturer ‘Jazwares’. Anyway, I didn’t make a big fuss and didn’t give up on the toy either. I applied my Gunpla skill by carefully trimming the error foot and had used plastic putty to mold out the left foot. It took me two days to savage this toy. It’s never perfect but I still treasure it. At the end of the day, I still rated the seller positive and full stars rating.

This Charlie figurine by ‘Jazwares’ released in 2005 is a repackaged toy of what was previously released by ‘ReSaurus’. ReSaurus did a better job using better quality plastic and comes with a mini dog-tag for Charlie. As for mine, I managed to get a dog-tag for my Charlie with the help of Desmond 'Thanx a lot bro'. The colour scheme was more accurate to the game. Unfortunately, ‘ReSaurus’ version of Charlie was limited.

Going back to ‘Jazwares’, in my opinion, their quality could not match up to ‘Sota’ and ‘ReSaurus’. Articulation is serious lacking without joint on elbow, wrist and ankle. What I had received, explained all, still this figurine of Charlie is one that’s not so easy to obtain and it took me a while to get it so having it is still comforting.

Not to dwell onto further flaws, I still think the figurine is still pretty all right due to the nice head sculpt and well toned body of Charlie. There’s a slit at the back of the jacket so you could actually removed it for a bare-bodied Charile.
at April 28, 2011

It's good when Charlie/Nash were being partnered with Guile...
Yes, there are like the same character because They are in same Army...

I think so too! Charlie/Nash & Guile make an awesome team against Shadowloo. They are cool characters of 'Street Fighter' cos Marines don't quit!

Dennis, the 1/6 scale dog tag is pretty fit to the figure although he is 8 inch tall..

I prefer Nash more than Gulie as he is more cool in outlook. Guile just follow his move. :P

>> deSMOnd
Oh yes, it's a pleasant surprise to see the dog-tag fitting well on Charlie/Nash. Thanx a lot for the help.

>> LEon
I also prefer Nash more than Guile due to his outlook. Nash is more of the manga style character especially his hair and jacket.

my friend provider & other toy stores here have availability of figures from this franchise, but i couldn’t remember the brand =/... in vintage figures r usual the QC issues (& this one looks pretty vintage)... also i don’t like to play with Street Fighter/King of Fighter characters, as their moves r "less natural"... what i mean is that u should use a combination of many buttons to make them "wink" HAHAHAHAHAHAHAHA

I would say it's rather difficult to find Street Fighter figure by Jazware or Sota. The rights kind of goes to Neca now and I'm tempted to get Dan by Neca. I prefer to play Street Fighter on console than arcade and playing with friends can be really fun!

I too prefer playing using console rather than arcade...And the franchise that make Street Fighter right now that I know is from Fraulein Revoltech...

At some arcade, the game was set too high a level. I recently played at arcade and was KO less than a minute. Sigh....Oh yes, I forgotten to mention Revoltech Street Fighter figurines with great articulation.

was this figure are well-articulated? I like his clear spectacles ^^

The figurine is more like a statue than an action figure. There's ain't many characters wearing specs and those made into figures are even fewer. The sculpt to Charlie/Nash is one than rather good.

That is really odd with the feet being both the same. I guess not line dancing for him.

Fortunately, I did some damage control so that it's now less noticeable.